Conan O’Brien has announced he is saying goodbye to his iconic late-night show after 28 years on the air.

The 57-year-old comedian on Tuesday revealed his self-titled TBS show will end next year after he signed a deal with HBO Max for a new weekly variety program.

‘In 1993 Johnny Carson gave me the best advice of my career: “As soon as possible, get to a streaming platform.” I’m thrilled that I get to continue doing whatever the hell it is I do on HBO Max, and I look forward to a free subscription,’ O’Brien said. 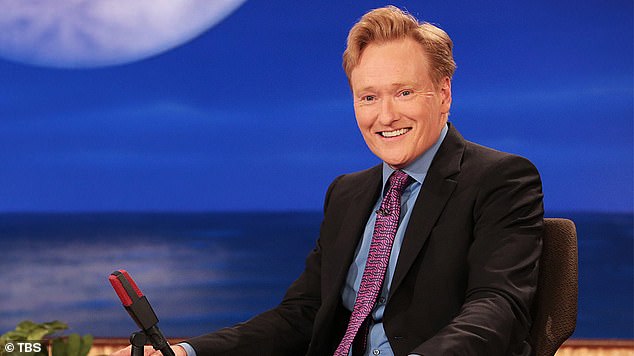 New digs: Conan O’Brien on Tuesday announced he’s ending his self-titled show on TBS after signing a deal for a weekly variety program on HBO Max 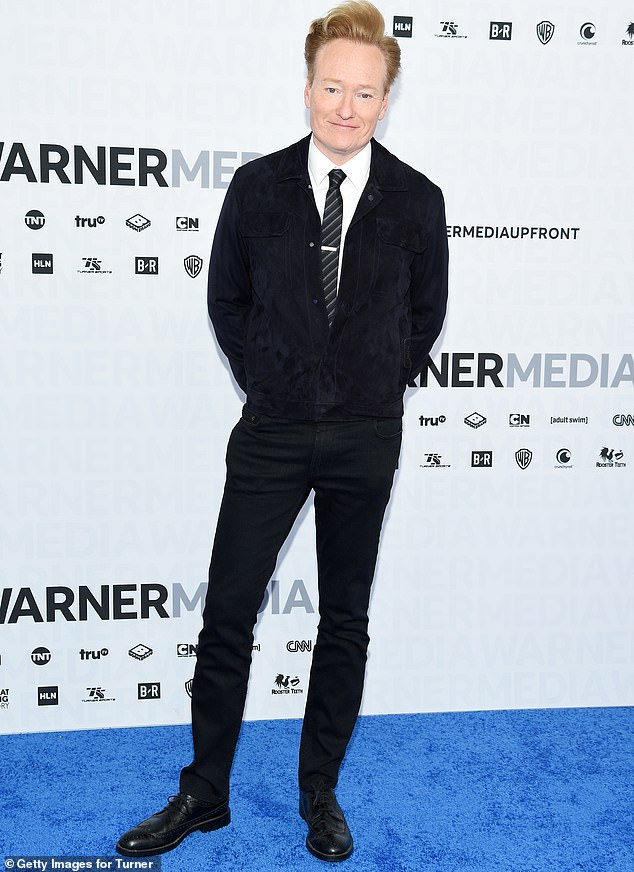 The late-night show, which has been on the air for nearly three decades, will end after the premier of its tenth season in June 2021

A premiere date has not been set for the series.

The announcement marks an end to an eleven-year run for O’Brien on the cable network where he had been since he cut ties with NBC in 2010.

The show will end after its tenth season airs in June 2021 and his travel specials, ‘Conan Without Borders,’ will continue to air on TBS going forward.

‘Full Frontal With Samantha Bee’ will now be the sole late-night show on TBS. That series was renewed for a fifth season last year.

’28 years is a monumental achievement in late-night television,’ Brett Weitz, General Manager for TNT, TBS and truTV said in a statement.

‘We’re incredibly proud of the groundbreaking work that Conan and his team have accomplished during the 10 years at TBS and are so glad that we will continue to have his presence on our air with the ‘Conan Without Borders’ specials. We celebrate his success and are glad to see it grow across our WarnerMedia family.’

‘We can’t wait to see what he and the rest of Team Coco will dream up for this brand new, variety format each week,’ Bloys said.

O’Brien has fronted 1,400 of the shows for the network after his departure from The Tonight Show.

He famously came to TBS in 2010 from NBC. There he had hosted ‘Late Night with Conan O’Brien’ for over 15 years before he was tapped to take over ‘The Tonight Show’ from Jay Leno.

However, after NBC attempted to move the primetime series ‘The Jay Leno Show’ to late-night and push back ‘The Tonight Show’ to the 12.05 am timeslot, O’Brien quit the show rather than ‘participate in what I honestly believe is its destruction,’ he said at the time. 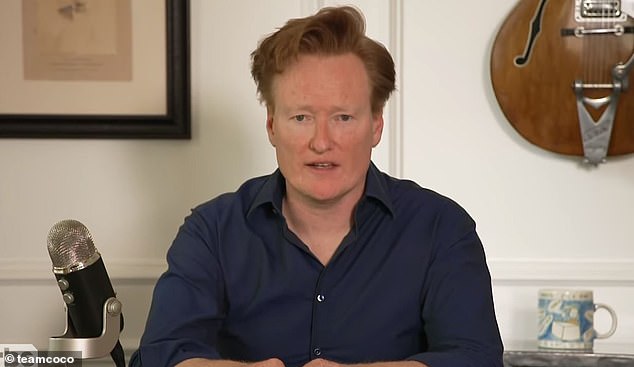 ‘In 1993 Johnny Carson gave me the best advice of my career: ‘As soon as possible, get to a streaming platform.’ I’m thrilled that I get to continue doing whatever the hell it is I do on HBO Max, and I look forward to a free subscription,’ O’Brien said

After two weeks of negotiations, NBC bought out Conan’s contract for $45million, effectively ending O’Brien’s show and relationship with the network after 22 years.

O’Brien has filmed multiple travel specials since 2015, though the first to be branded under the ‘Conan Without Borders’ banner came in 2017. To date, he has filmed specials in countries such as Mexico, Israel, Haiti, Greenland, and Cuba.

News of the end of ‘Conan’ on TBS comes as the cable industry faces increasingly stiff competition from streaming services. Multiple media giants, such as NBCUniversal and Disney, have undergone restructuring in the past year to emphasize their streaming product over linear channels.