Coleen Rooney is said to be over the moon that her husband Wayne, 33, is putting his family ahead of his career ‘for the first time’ as he vows to save their marriage.

Insiders revealed that the WAG, 33, is said to have engineered his move from DC United to Derby in a player-coach role and is happy for ‘return’ so long as they are home with their sons Kai, nine, Klay, six, Kit, three, and 17-month-old Cass.

Speaking to The Sun, the source stated: ‘She told Wayne this was the first time in his career he has put her and the children first.’ 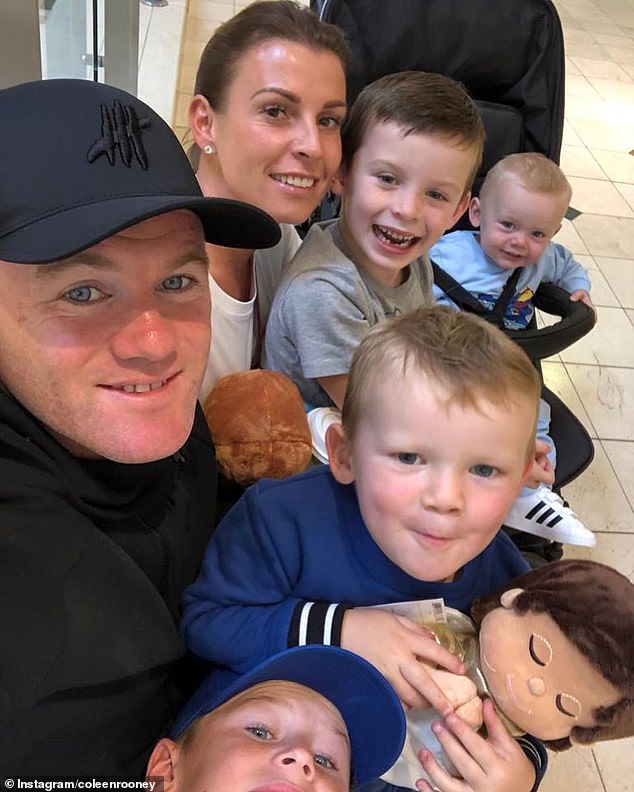 Family first: Coleen Rooney is said to be over the moon that her husband Wayne is putting his family ahead of his career ‘for the first time’

Wayne is making an astonishing return to English football after homesick Coleen won her battle for a return to Britain – cutting short his three-year contract in the US after just 13 months.

The former England and Manchester United star flew back to Britain and agreed to the player-coach role with Championship side Derby County.

Coleen, who is very close to her family, was said to be homesick after making the move, and wanted her children to settle down to life in the UK with friends saying Wayne’s decision to come home is a ‘big win’ for her. 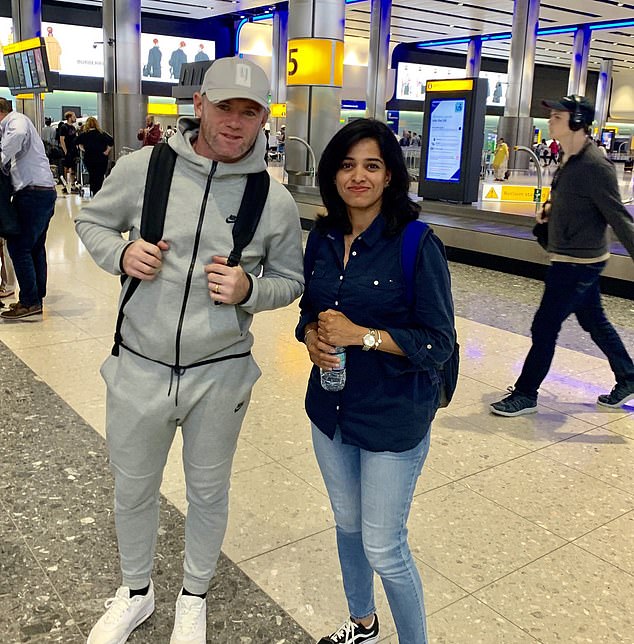 He’s back! Wayne posed for photos at Heathrow after landing from Washington ahead of his move to Derby County, where he has taken on a player coach role

The family has spent the past 13 months in Washington where Wayne signed a three-year contract with DC United. His basic salary in the States is £2.8m per year – with commercial revenue raising his total income to £8m per year.

A source told MailOnline: ‘Coleen was the driving force behind this decision. She was never keen to go to the US, she never settled there and she believes it’s best for her and the family to come home.

‘But Coleen thinks it’s best for the children to be in familiar surroundings. She’s put her foot down and told Wayne she wants their children settled in local schools.

‘Work is nearly finished on the home that they have been building in the north of England and the family will move into that.’

The forward flew to England on Monday night and finalised the move to Pride Park on Tuesday.

Wayne is contracted to DC United until next year but was keen to push through a move after his agent, Paul Stretford, held preliminary talks with Derby owner Mel Morris.

West Brom had also offered him a deal after there were signs he was unsettled when he flew home last month for a break in the middle of the US season. 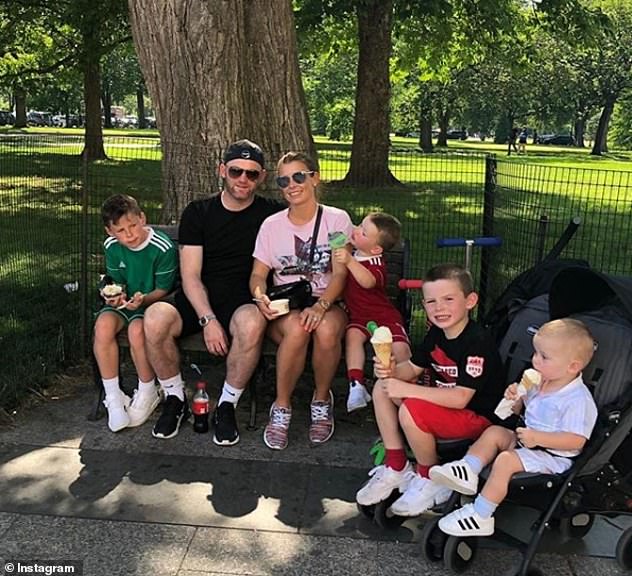 Happy days: Coleen (pictured with him and their four children near their Washington home) has already moved back to Cheshire, taking Kai, nine, Klay, six, Kit, three and Cass, one, with her

Rooney was impressed by the opportunity Frank Lampard received at Derby last season and is interested in a player-coach role at last season’s Championship play-off finalists.

Derby began their campaign with a 2-1 win at newly-relegated Huddersfield and manager Phillip Cocu said of Rooney this week: ‘Wayne Rooney is an extremely talented and top-class footballer.

‘It is an exciting prospect for him to be joining Derby County and he can bring so much to this squad, both on and off the pitch. He has enjoyed a wonderful career, both in club football and for England, and he still has so much to give as well.’ 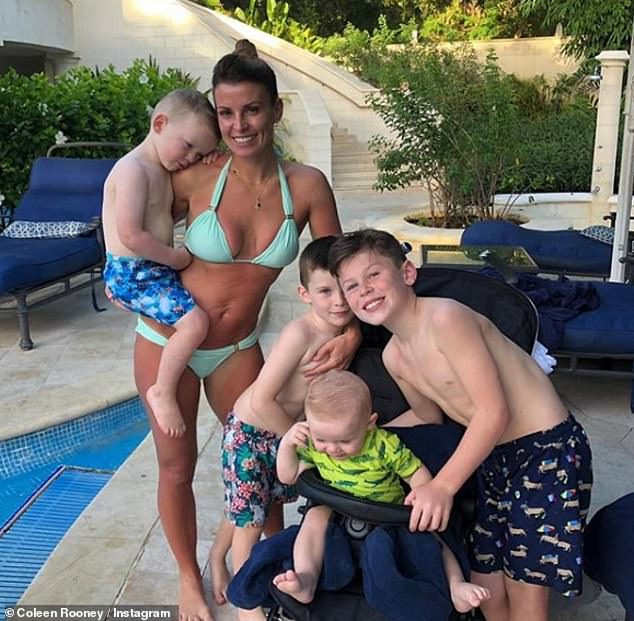 Making moves: The 33-year-old WAG moved Stateside with her other half, 33, and their sons Kai, nine, Klay, six, Kit, three, and 17-month-old Cass in July last year

Rooney has immersed himself in US life but has been planning for many months how to make the next step in his career by moving into management.

But his wife of 11 years is said to want their children ‘settled’ in schools after the move to America in 2018. 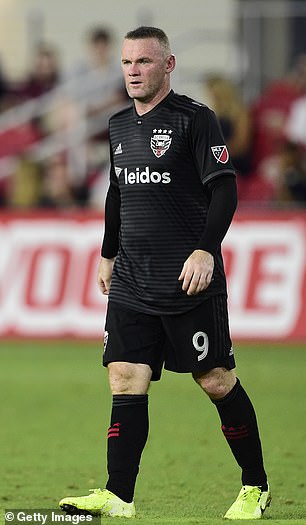 Contract: Now Wayne – who is 13 months into a three-year contract with DC United in Major League Soccer – is now leaving for Derby

In recent months Coleen reportedly imposed strict rules on her husband’s lifestyle, banning him from drinking and partying after he was caught in a barmaid’s car on a night out and arrested from being drunk on a flight.

Mrs Rooney and their children moved to Washington last year with Wayne for the final stages of his football career.

However, earlier this year their marriage was said to be ‘hanging by a thread’ after more trouble involving booze when the sportsman was spotted drinking with barmaid Vicki Rosiek until 2.30am.

Earlier this year it was revealed that the former England and Manchester United striker, who was signed to play for DC United in June 2018, was arrested for public swearing and intoxication at Dulles International Airport in Virginia last December.

In the aftermath Coleen allegedly banned the footballer from partying and boozing and has also demanded daily phone calls with him during her time back at home in Liverpool. 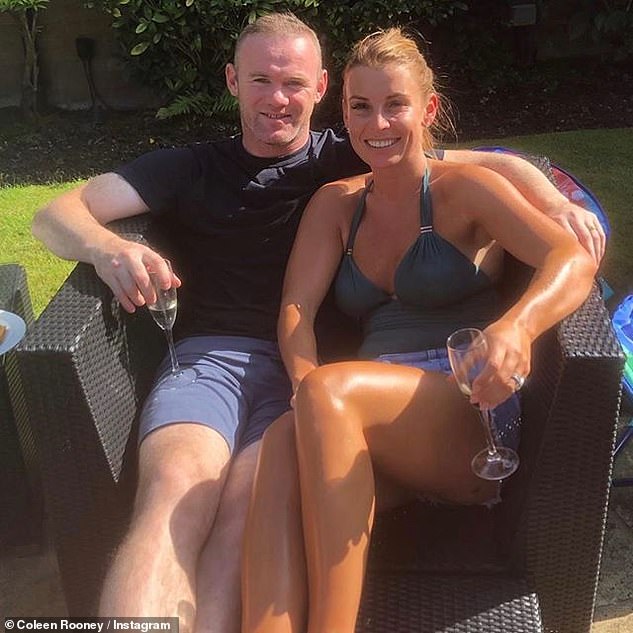 Back on home turf: The news will no doubt be a major boost for Coleen, who has been pining for home since their move last summer

Following the turbulent time in their marriage, Coleen recently confessed that they are rebuilding their relationship with date nights and cosy evenings in.

In 2017, just before his US move was agreed, the former England captain apologised for his ‘unforgivable lack of judgement’ as he was banned from driving for two years and given 100 hours’ community service after a drinking heavily with a party girl.

He was stopped by police while driving 29-year-old Laura Simpson home from a night out in her Volkswagen Beetle in Wilmslow, Cheshire, at 2am on September 1. Rooney was stopped because Miss Simpson’s car had a faulty brake light.

Rooney was almost three times the legal limit. His breath reading was 104mg per 100ml of blood. The legal limit is 35mg.

Coleen was then pregnant with the couple’s fourth child – and was seen without her wedding ring. For a period it appeared they were living separately but Mrs Rooney took him back after his apology. 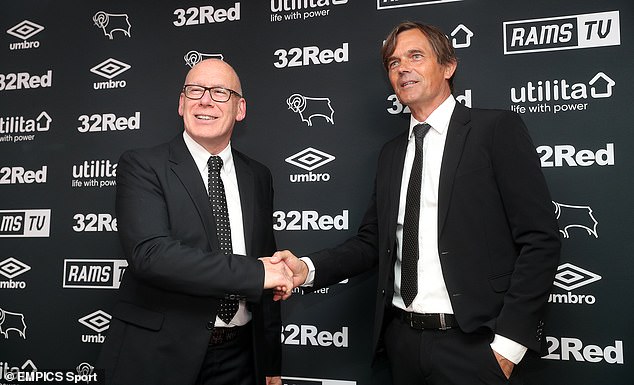 Helen, who went on to star on Big Brother after soaring to prominence, had sex with the England football star along with fellow escort Jenny Thompson in 2009, while Coleen was pregnant with the couple’s first son Kai at the time.

The former escort, 32, was paid £1,000 by the former Manchester United player for sex at Manchester’s Lowry Hotel in 2009.

In her new book, In A Man’s World, Ms Wood claims Rooney ‘regularly’ saw an escort who used to pose as a cleaner with other women to get into footballers’ houses, according to The Sun. She writes: ‘He sh****d loads of girls, friends of mine.’ 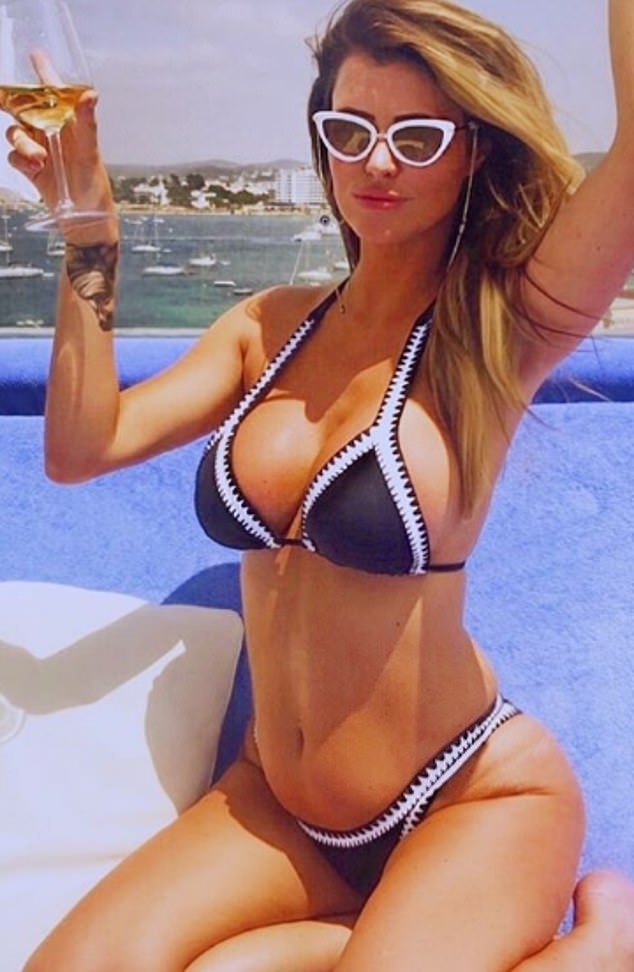 ‘He went with so many of my friends before and after we sh****d him. He was even seeing one of my friends, a dental nurse, and it was near enough an affair’, she added.

Speaking to the Sunday People, Wood told Coleen she was sorry and that ‘she didn’t deserve anything’. The TV personality said: ‘I used to have a really pig-headed attitude towards the situation. I used to say ‘If she wants to stick with him that’s her own fault’.

‘Now I’m a bit older, I’m like, she’s just a mum who wants to be with her family, leave the girl alone. We all know a woman who puts up with a cheat. It’s unfortunate that hers is used as entertainment.’