Yellowstone is one of the most popular shows in America on the Paramount Network. The series about modern-day cowboys trying to protect their land has captured the imagination. The cast of the show have found a new lease of fame and fandom with viewers keen to know about the actors behind the favourite characters.

American actor Cole Hauser portrays the strong and silent Rip Wheeler, who works for the Dutton family which owns the Yellowstone ranch.

Rip was taken in during his teen years when he was running wild and on a self-detructive path.

Along with his role in Yellowstone, Hauser has also featured in the movies 2 Fast 2 Furious, Dazed and Confused and Good Will Hunting. 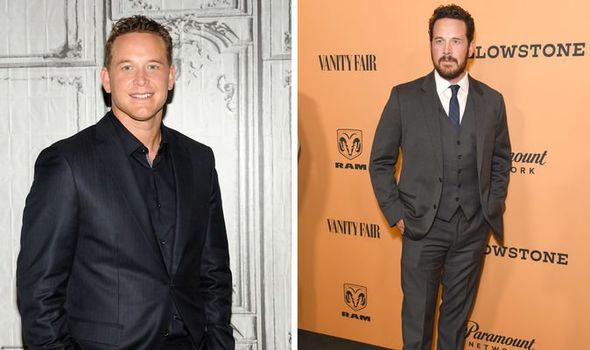 The actor is married to former actress-turned-photographer Cynthia Daniel with the couple walking down the aisle in 2006.

They have three children together, sons Ryland and Colt and one daughter Steely Rose.

Although Hauser has been acting since the early Nineties, Yellowstone may be one of his most high-profile roles to date.

Prior to taking on the part of Rip, Hauser spoke to Yellowstone’s creator Taylor Sheridan about the story arc of his onscreen alter-ego.