Who Do You Think You Are?

The question is, Kate, was it worth it? Having commandeered the Beeb’s formidable history unit to research your family tree, did you like what you learned?

Though the genealogy show Who Do You Think You Are? (BBC1) regularly attracts A-list guests, it’s not usual for an Oscar-winning actress to approach producers and plead to have her ancestry chronicled. But fulfilling the wishes of her mother Sally, who died from ovarian cancer in 2017, Kate Winslet did just that. 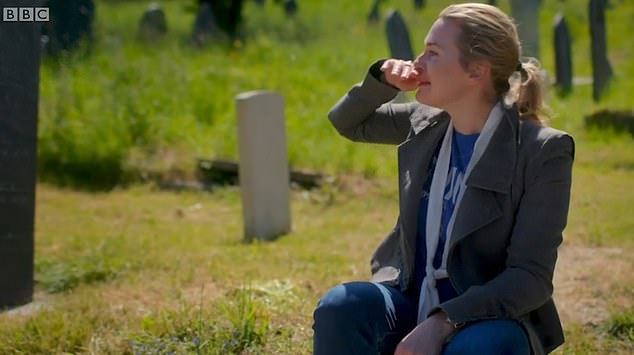 She looked less than delighted to discover her three-times-great grandfather on her dad’s side, a Grenadier Guardsman who administered Army discipline with the cat-o’nine-tails and who later became the chief warder at Dartmoor prison, overseeing the regime of hard labour.

Executives must have been praying the Titanic star had lost relatives in some ocean liner disaster, or at least have one who worked as a merchant seaman on the transatlantic floating palaces.

No such luck. The best the archivists could discover was a pitiful Swede who was imprisoned for stealing potatoes to save his family from starving 180 years ago.

Being a Scandinavian peasant didn’t sound like much fun, though life expectancy in the frozen north is even lower now thanks to all the serial killers — if you believe in the Scandi-noir crime TV epidemic.

Kate kept her side of the bargain, welling up or shrieking with excitement at all the appropriate moments. Perhaps she was genuinely heartbroken at the thought of her great-great-great-great-grandma being too malnourished to feed her baby . . . but since Kate has also won Emmys, Golden Globes and BAFTAs for her acting, we’ll never know for sure.

She looked less than delighted to discover her three-times-great grandfather on her dad’s side, a Grenadier Guardsman who administered Army discipline with the cat-o’nine-tails and who later became the chief warder at Dartmoor prison, overseeing the regime of hard labour.

Kate tried to tell herself that he was probably a very nice man —apart from the flogging. 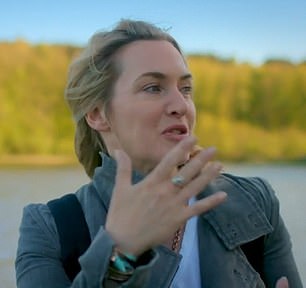 Kate kept her side of the bargain, welling up or shrieking with excitement at all the appropriate moments.

Devotees of the show won’t be so sure, if they remember the episodes featuring Twiggy and Tracey Emin. Both discovered ancestors who were sentenced to bouts of hard labour — gruelling punishments, such as turning a crank-handle that churned a drum filled with gravel. To make the task even more exhausting, warders such as Kate’s ‘very nice’ Great-Gramps could tighten the handle: that’s why they’re still known as ‘screws’.

This was an unusually picturesque edition of Who Do You Think, with the red churches and blue lakes of rural Sweden.

And those penniless Swedes did come up with a marvellous storage idea — straw-filled holes in the wall, next to the chimney-breast, for keeping babies snug in winter. Ikea could market something like that.

It was all much more interesting than anything Born Famous (C4) could muster, as Spice Girl Mel B’s eldest daughter Phoenix, 19, was sent to learn about her mother’s upbringing in Eighties Leeds.

Dating agency of the night:

Baked bean tasters Catherine and Joanne have clocked up a total of 55 years at the Heinz plant in Wigan, they told Nadiya Hussein on Time To Eat (BBC2) — and both met their husbands there. Beanz meanz romanz!

According to Scary Spice, she was dragged up in a slum, with a prostitute for one next-door neighbour and a drug-dealer for the other. That’s surely what C4 bosses were dreaming of, when they commissioned this grinding slab of boredom.

The only frightening moment for Phoenix came when two lads on bicycles did wheelies as they rode past. I hope nothing else on TV this year is more dull than watching Phoenix do a shift at a pizza restaurant as a waitress ‘like Mom did’.

Scary’s own mum showed her granddaughter round the real childhood home, a good-sized house in a friendly neighbourhood. Gran called it her ‘mansion’, and she and Grandad saved up the £1,000 deposit by both working overtime every weekend for a year.

What self-respecting pop star would admit to that?