Christina Milian has given birth to her second child with partner Matt Pokora.

The 39-year-old mother-of-three announced the news on social media on Saturday as she shared a photo of her cradling the newborn and gushed about the new addition to her family.

‘Kenna, Welcome to the world baby boy! Wow, What an adventure we’ve been on since the day he was conceived!’ Milian, who also has a 11-year-old daughter Violet with her ex-husband The-Dream and son Isaiah, one, with Pokora. 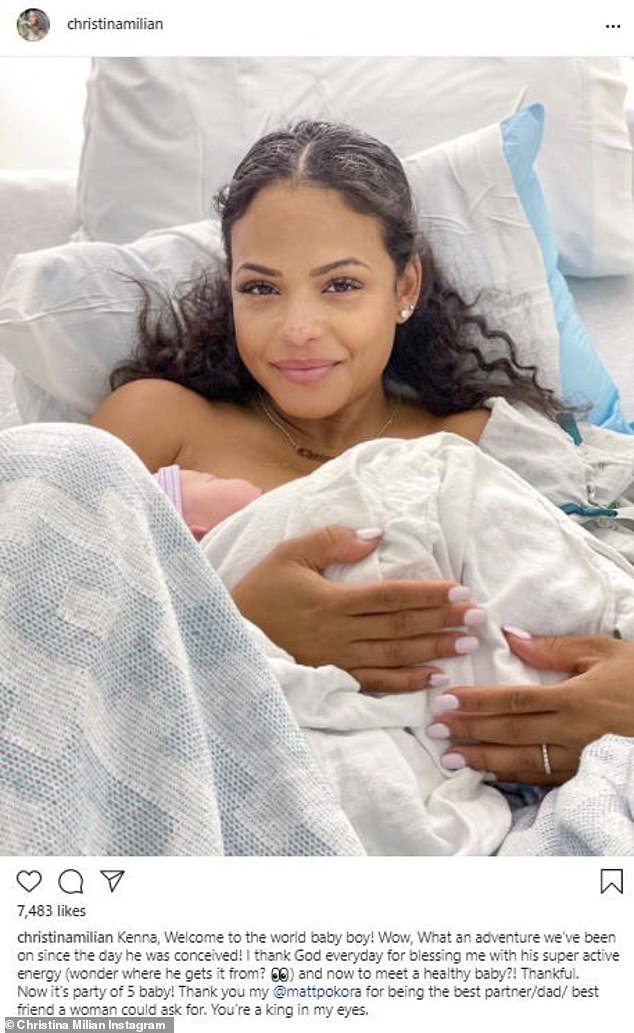 ‘I thank God everyday for blessing me with his super active energy (wonder where he gets it from?) and now to meet our healthy baby boy?! Thankful. Blessed.’

She added, ‘Now it’s party of 5 baby! Thank you my @mattpokora for being the best partner/dad/ best friend a woman could ask for. You’re a king in my eyes.’

The black and white shot shows the French musician shirtless cradling Kenna and with the caption ‘welcome’ and ‘we did it babe’. 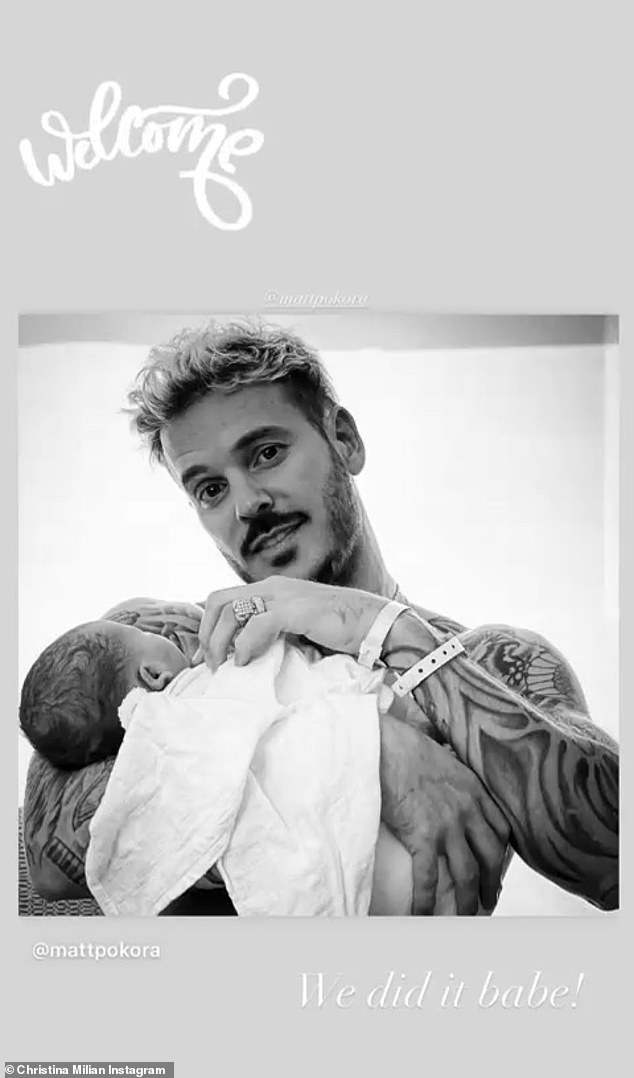 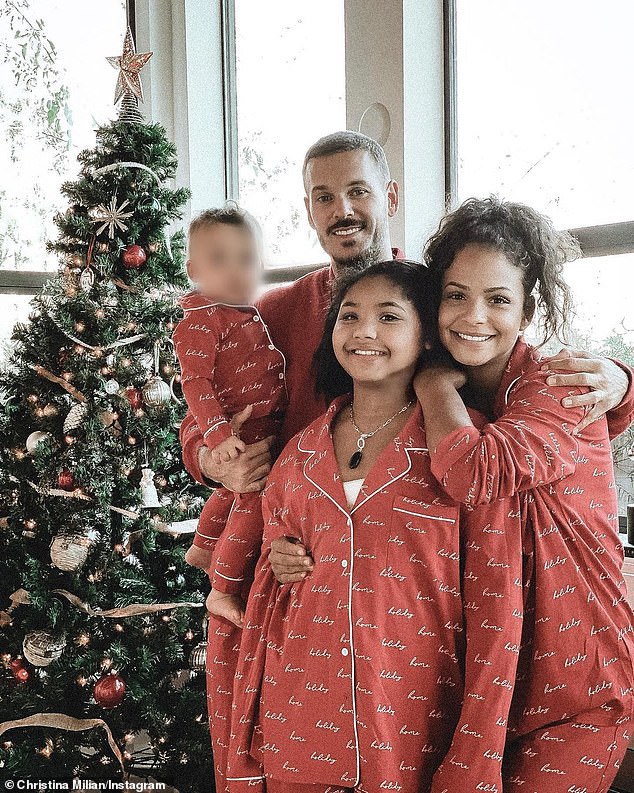 Family time: Milian also has a 11-year-old daughter Violet with her ex-husband The-Dream and son Isaiah, one, with Pokora

The beauty and her beau, who’ve been an item for about two-and-a-half-years, welcomed their first child, son Isaiah, on January 20, 2020.

According to the French magazine Public, the couple got married shortly before they made their pregnancy announcement in December, although this is yet to be confirmed.

In Milian’s post she could be seen wearing a silver band on her wedding finger and Pokora could also be seen sporting a large jeweled ring on his left hand.

Meanwhile, the singer recently said lockdown has been a ‘blessing in disguise’ for her and her family.

She told E! News: ‘This time has been a blessing in disguise for us as a family. We’ve been able to spend quality time together like never before. Being able to have uninterrupted time with Matt and the kids has been incredible.’ 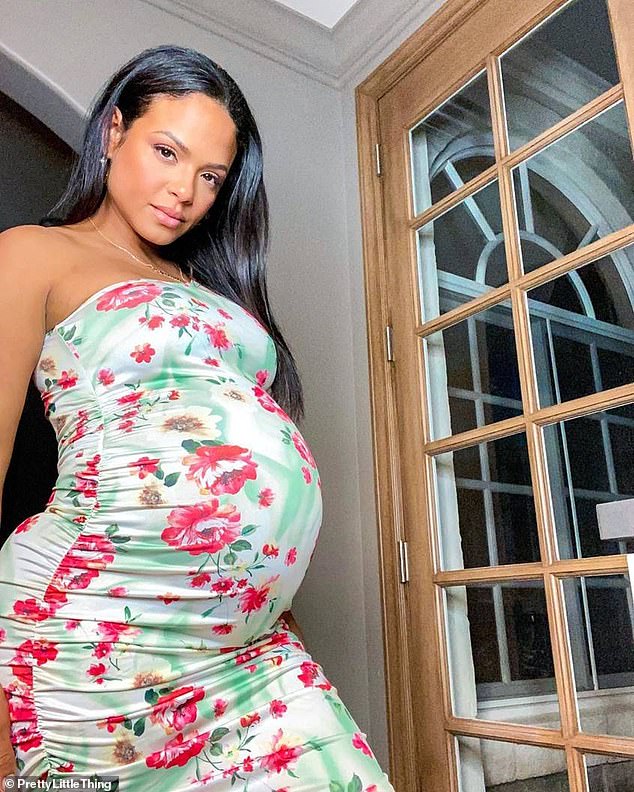 Blooming lovely: The actress has documented her pregnancy and modeled a variety of cute maternity outfits

Milian also explained she has made the decision to keep her son Isaiah out of the spotlight as much as possible, so fans may not get the chance to see much of baby number three either.

She said: ‘It’s a choice I am getting used to. But understandably so, in France, there are privacy laws that protect children and when I hear the word ‘protect,’ it instantly puts us as parents into protection mode.

‘When the time feels right, we will feel happy to share. But honestly, minus the little tiny sliver the world hasn’t seen of his face, he’s still actively been in many moments of the show.

‘Whether he’s cooing through the background of a scene I’m shooting, or wants to be held while I’m shooting – I don’t hold back. He’s right there!’ 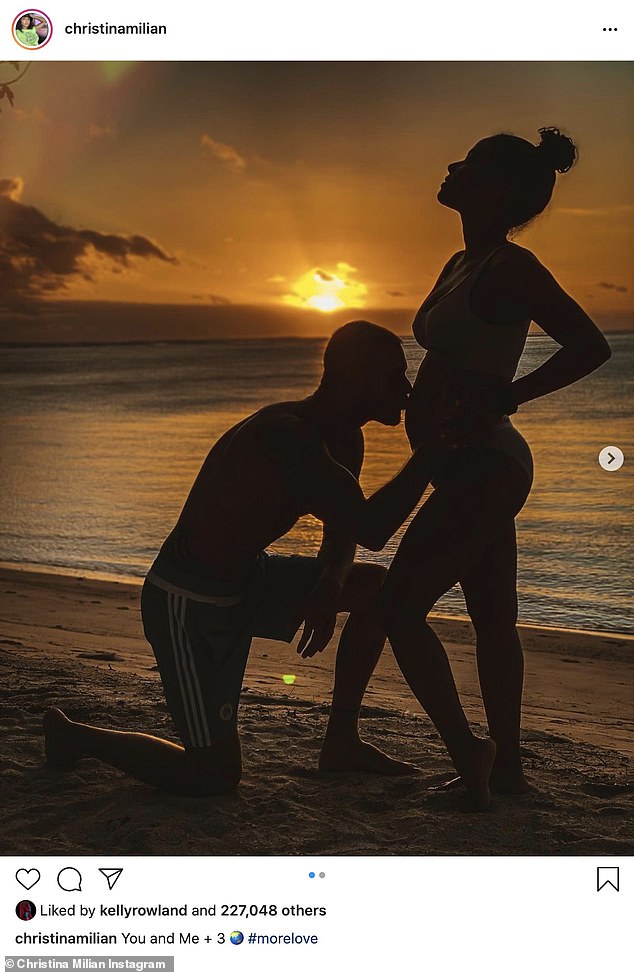 According to the French magazine Public, the couple got married shortly before they made their pregnancy announcement in December, although this is yet to be confirmed