Influencer Chrissy Teigen vowed thatshe was stepping away from the drama of social media, but three days later she’salready back and defending herself against critics — again.

The mother of two is used to clapping back when necessary, which happens a lot thanks to her frequent, opinionated posts on Twitter. Most fans adore Teigen’s honesty, but others are total haters whenever she shares something they don’t agree with.

Most of the time the former supermodel doesn’t let criticism affect her positive attitude. But a recent controversy with New York Times columnist Alison Roman inspired Teigen to take a break from the stress of social media. Now three days later she’s back and defending her recipes. 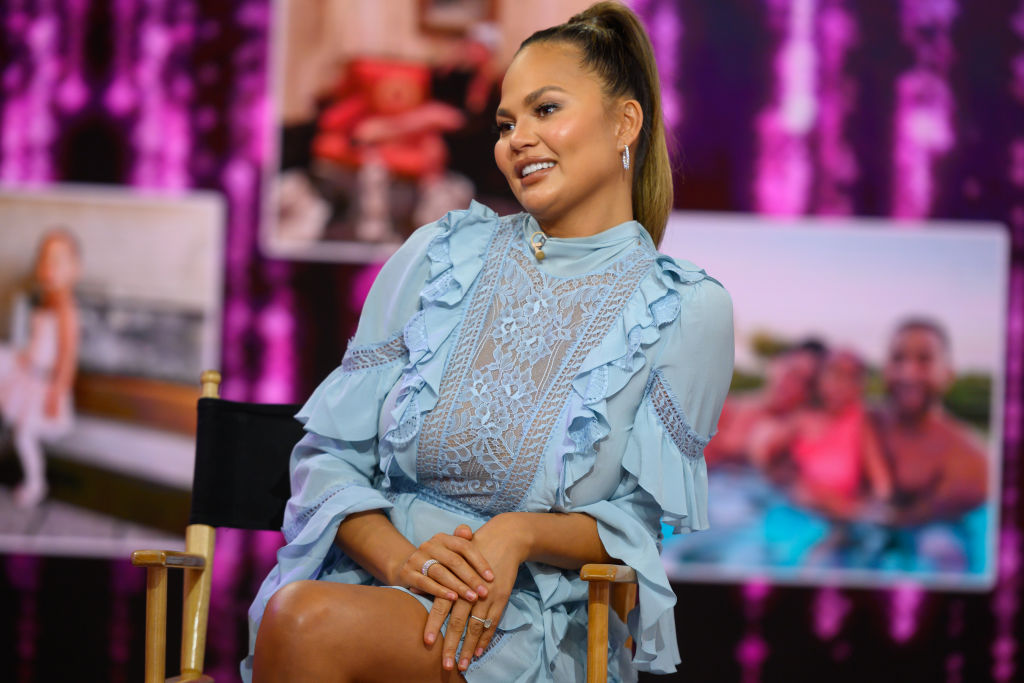 RELATED: Alison Roman Is Being Called Racist After Her Vicious Attacks on Chrissy Teigen and Marie Kondo

What happened between Alison Ronan and Chrissy Teigen?

For everyone who hasn’t been following along, here’s a quickrecap of the Roman/Teigendrama. It all started when Roman made some derogatory comments about Teigen’sapproach to her business. She said in an interview with New Consumer that Teigen’smethod “horrifies” her.

“Like, what Chrissy Teigen has done is so crazy to me.She had a successful cookbook. And then it was like: Boom, line at Target.Boom, now she has an Instagram page that has over a million followers whereit’s just, like, people running a content farm for her,” she said.

She continued: “That horrifies me and it’s notsomething that I ever want to do. I don’t aspire to that. But like, who’slaughing now? Because she’s making a ton of f*cking money.”

In a reminder to *~practice gratitude~* (cc @lillisherman) during “these days,” here are a few things bringing me joy this week: my fresh produce (lol) from @lanisfarm and @upstate___ sweatshirt which I live in; eating anchovies in the sunshine via @popinanyc provisions shop; buying myself flowers from the bodega; running to the water and waving to The Big Apple (I’m so cheesy idc!!); wine wine wine wine. More over on @nytcooking stories including exclusive footage of my best friend and confidant, Margaux (cat).

Teigen stuck up for herself

The biggest issue Teigen had wasn’t just what Roman wassaying, but that she had considered her a role model in the food world. Teigenreplied that Roman’s interview was a “huge bummer,” plus uncalled for.

Many fans jumped to Teigen’s defense but others agreed withRoman and started piling criticism on Teigen even more. “This is whatalways happens. The first day, a ton of support, then the next, 1 millionreasons as to why you deserved this. It never fails,” Teigen tweeted.

Ultimately, she decided to make her Twitter account, whichboasts more than 12.5 million followers, private for a little while. She also statedshe’d be taking a break from social media.

Teigen is back on Twitter defending her banana bread recipe

The 34-year-old cookbook author didn’t step away from Twitter for too long, though. Mere days after her self-inflicted break from social media, Teigen is back and defending herself once again. Plus, she was tweeting about other non-related stuff even sooner.

This time, a Twitter user launched allegations against Teigen,claiming she stole a banana bread recipe from someone else and tried to pass itoff as her own.

“You can’t cook or not copy someone’s idea from their cookbook!” the person tweeted. “It’s copying even tho you changed one thing! Come up with your own s–t! Ya f–king bum! Chef Mike saw your s–t and might file a suit! I just saw you review and he called me! Stick with your [Filipino] sh*t.”

Teigen clapped back: “No idea who chef mike is but heprobably wouldn’t be happy to learn that you, a friend of his worthy ofcalling, is outing him about his impending lawsuit.”

It’s unclear if the lawsuit with “Chef Mike” is real or not. But either way, it sounds like there’s no end to the drama — and no prolonged break from social media — in Teigen’s world.