Chrissy Teigen pushes back after she’s accused of copying another chef : ‘I have never stolen a recipe from anyone’

Chrissy Teigen pushed back on a Twitter troll Tuesday after she was accused of plagiarizing a recipe.

The exchange unfolded when the user accused Teigen, 34, of copying recipes from others in a thread on the social media site.

‘You can’t cook or not copy someone’s idea from their cookbook!’ the user wrote. ‘It’s copying even [though] you changed one thing! Come up with your own s***! Ya f***ng bum!’ 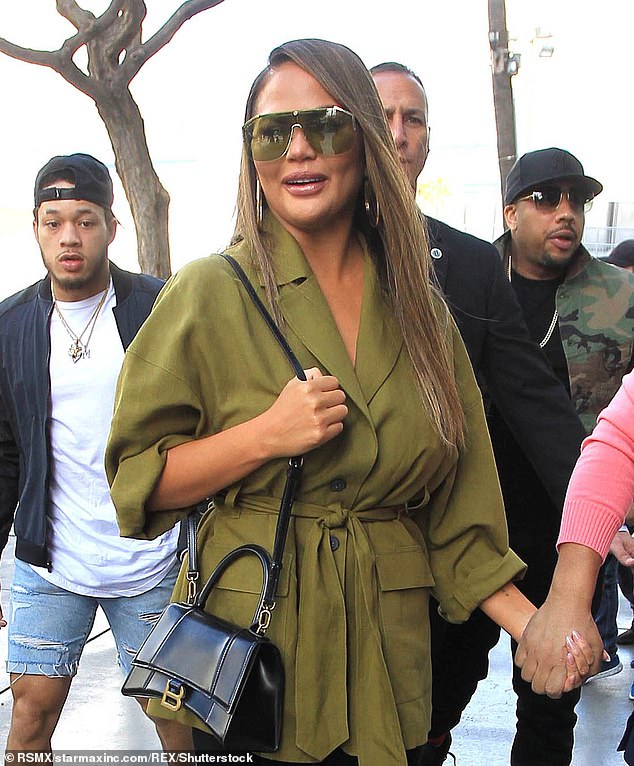 Queen of Twitter: Chrissy Teigen, 34, pushed back on a Twitter troll Tuesday after she was accused of plagiarizing a recipe. She was snapped March 8 in LA, about a week before the lockdown began

The user said that ‘Chef Mike saw your s*** and might file a suit,’ and advised Teigen to ‘stick with your [Filipino] s***,’ despite that the model is actually half-Thai.

The Utah-born stunner was quick to dispense a bit of dry humor in response, noting that she has ‘no idea who chef mike is but he probably wouldn’t be happy to learn that you, a friend of his worthy of calling, is outing him about his impending lawsuit.’

The user said of ‘Chef Mike’: ‘He called me because his NY restaurant is closed and was reading the article about you and that sparked his rage. Yes, he cooked for your family too.’

The Sports Illustrated swimsuit alum, who who is mother to daughter Luna, four, and son Miles, one, with husband John Legend, again pressed the user on the identity of their pal. 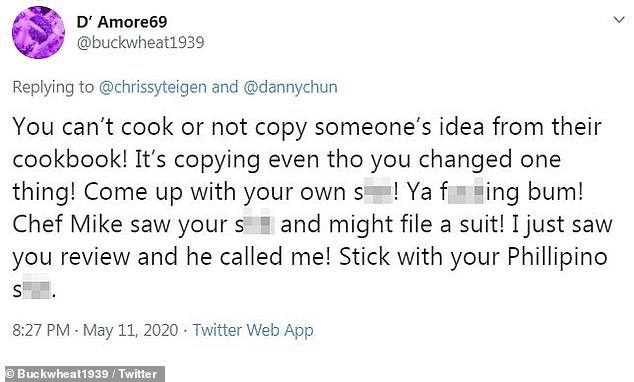 Response: After the user tried to call her out, the Utah-born stunner was quick to dispense a bit of dry humor in response 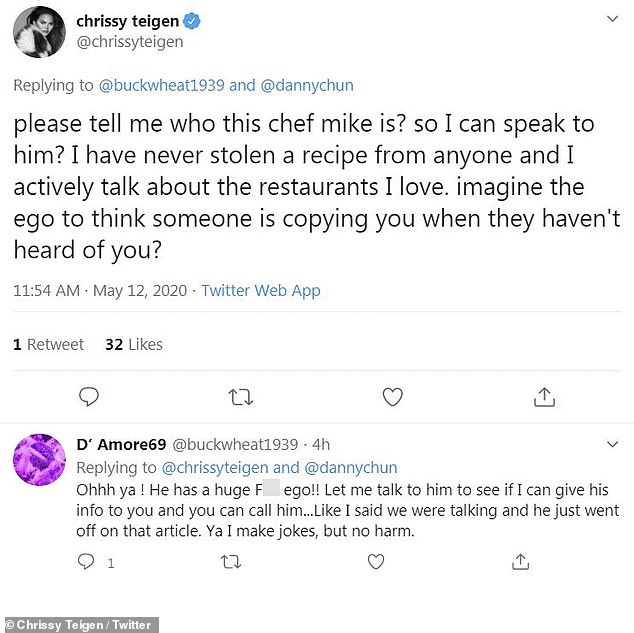 Back and forth: Teigen again pressed the Twitter user for details on the identity of ‘Chef Mike’

‘Please tell me who this chef mike is?’ she wrote. ‘So I can speak to him? I have never stolen a recipe from anyone and I actively talk about the restaurants I love.

She mused about the absurdity of the accusation, writing, ‘Imagine the ego to think someone is copying you when they haven’t heard of you?’

The social media savvy stunner has authored cookbooks including 2018’s Cravings: Hungry for More: A Cookbook and Cravings: Recipes for All the Food You Want to Eat: A Cookbook, which goes on sale next month.

Teigen was recently involved in an online stir with New York Times cooking columnist Alison Roman, who apologized to her multiple times after insinuating that her cooking brand and Marie Kondo’s lifestyle brand were inferior and overly commercialized. 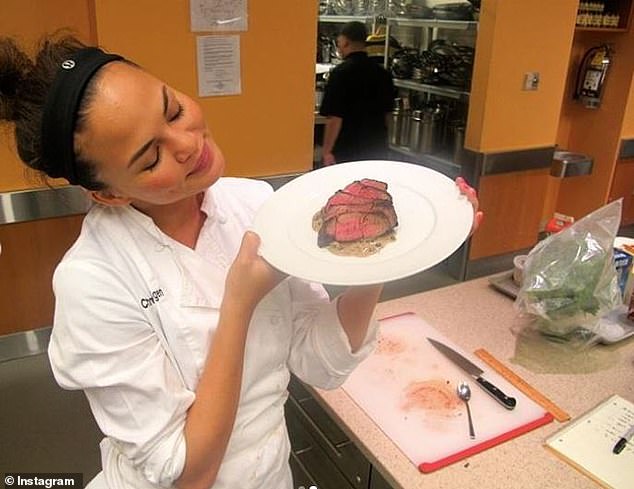 Five-star: The social media savvy stunner has past authored cookbooks 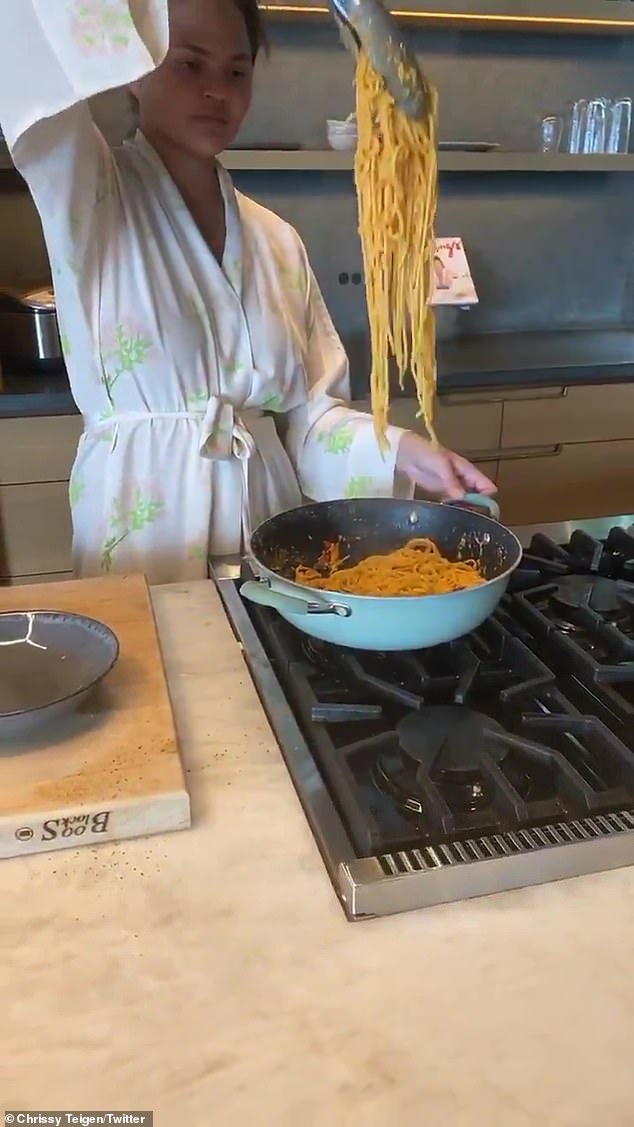 Roman told the outlet New Consumer: ‘Like, what Chrissy Teigen has done is so crazy to me. She had a successful cookbook. And then it was like: Boom, line at Target. Boom, now she has an Instagram page that has over a million followers where it’s just, like, people running a content farm for her.

‘That horrifies me and it’s not something that I ever want to do. I don’t aspire to that. But like, who’s laughing now? Because she’s making a ton of f***ing money.’

After Roman said she was sorry, Teigen thanked her, adding she thinks she’s ‘incredibly talented’ and respects her culinary credentials.

‘The comments stung, but they moreso stung because they came from u!’ Teigen wrote. ‘It wasn’t my usual news break of some random person hating everything about me!’