The Chrissy Teigen method for coping with divorce. The model, 33, made light of the news that her parents, Ron Teigen Sr. and Vilailuck “Pepper” Teigen, split and filed to dissolve their marriage.

Journalist Karen Valby revealed via Twitter on Tuesday, November 5, that Chrissy and Pepper discussed the breakup during an interview for the Cravings author’s December Vanity Fair cover story with husband John Legend. “’Two Christmases!’ Chrissy said she told her parents, trying to make a joke,” the reporter recalled. 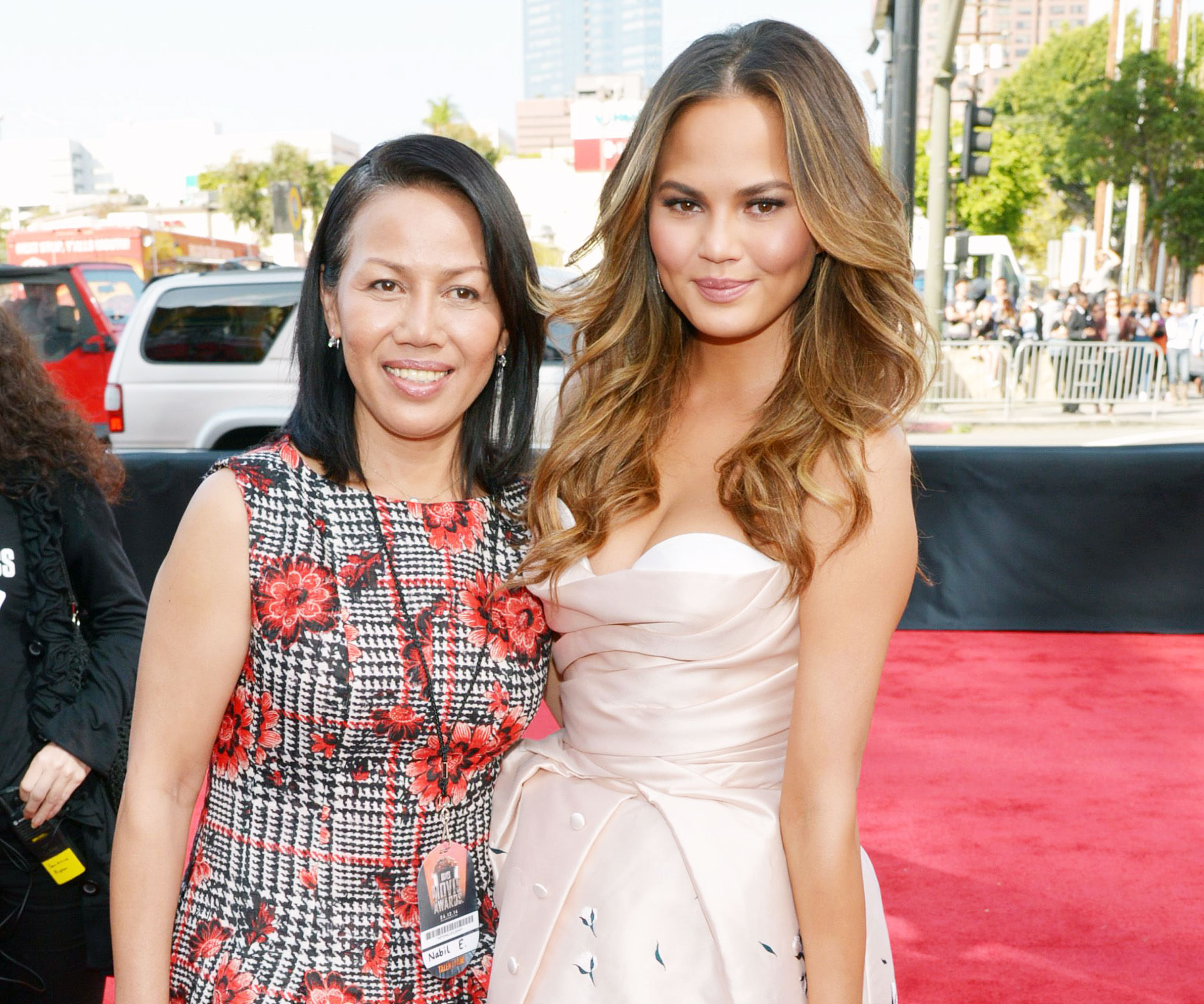 Valby referred to the marriage as “long more of a friendship” that is now “coming to an end,” adding: “Life goes on.”

Us Weekly confirmed that Ron filed for divorce in Los Angeles on Tuesday. He claimed “irreconcilable differences” caused the separation, which he listed as occurring in January 2017. The estranged couple, whose case type is listed as a “dissolution without minor children,” are also parents of daughter Tina.

Chrissy, for her part, told Us exclusively in January 2018 that her mother resides with her and Legend as well as the pair’s two children, Luna, 3, and Miles, 17 months. “So my mom lives with us,” she explained at the time. “Everybody is like, ‘Where’s your dad?’”

The Lip Sync Battle cohost noted that her father lived 10 minutes away and made frequent trips to her home. “He comes by every day and they’re married. It just works for them,” she said. “It’s a good family life. We’re all very close, very tight-knit.”

Pepper’s most recent Instagram photo with Ron was posted in December 2017. She held Luna and smiled alongside her husband as the family celebrated Christmas.

Chrissy, meanwhile, acknowledged her mother’s vital role in her life in a 2017 interview. “My mom lives with us. I have hair and makeup people. I’m not getting up and doing all this by myself,” she admitted to Sports Illustrated at the time. “If I’m not being done for something, I’m not going anywhere. A lot of hands go into it. We have help. It’s important for people to know that.”

The Bring the Funny judge tied the knot with Legend, 40, in September 2013.