John Legend had some big, big plans with the Voice cast on Tuesday, December 17 — but he didn’t think to properly warn his wife, Chrissy Teigen, beforehand.

The “All of Me” crooner, 40, invited over the Voice’s coaches and contestants for a dinner party following the NBC show’s season 17 finale. The 34-year-old Cravings author reclaimed her throne on Twitter to hilariously rant about her husband’s communication misstep.

“I didn’t know tonight was The Voice finale. John invited everyone to dinner at the house after and I’m really f–ing mad because I didn’t make a f–ing FINALE meal,” she tweeted on Tuesday. “I would have gotten a cake or something too?? Who the f–k does this? U don’t win The Voice then eat short ribs.” 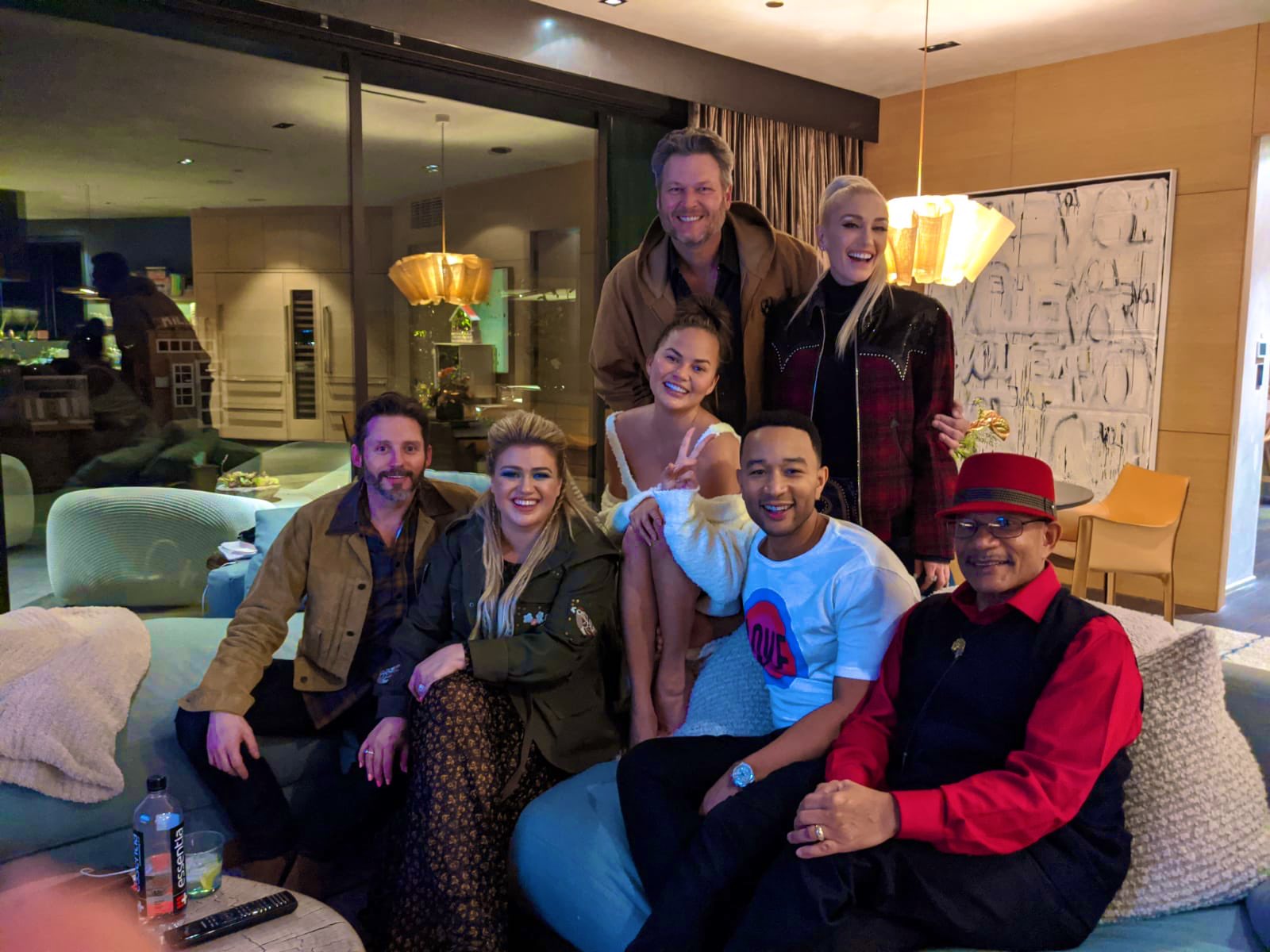 In a follow-up tweet, she noted that her complaint likely “sounds dumb” to  fans but she regarded this behavior as “very” typical of Legend, whom she wed in 2013. “I am always in charge of doing the fun, extra s–t and he has no idea how much I plan normally,” she continued. “And he’s like, ‘No, it’s fine. They just wanna have dinner.’ But it’s literally the finale of their show??? And I have no ice cream truck.”

Due to her husband’s lack of communication, the ever-prepared Teigen didn’t have enough time to prep and properly host her A-list guests Kelly Clarkson, Blake Shelton and Gwen Stefani. “If u think this is stupid go ahead and tell me what you made when Blake, Kelly and Gwen came over to your house,” she tweeted.

In airing out her frustrations, she continued to express how “f–king pissed” she was while “laughing” over Legend’s major faux pas by sharing a screenshot of their text conversation. Teigen asked the EGOT winner why he failed to plan his own dinner party with his castmates, and added that she “cannot plan every fun thing” for them.

“They want to come and have dinner with us,” he texted back. “They don’t expect us to entertain them with something elaborate.”

Teigen, however, argued that “no one is going to want to come sit and have dinner.” She said they didn’t have “cake or anything,” furthering that Legend is “not good at anything.”

After concluding her rant, Teigen shared a photo of herself posing with the Voice coaches. “When I say I love these people,” she tweeted. “Congrats on a great season!!”

Teigen’s rant about Legend’s surprise dinner party with The Voice came not long after the model revealed that “scheduling” was one of the couple’s biggest issues. “He will tell me something he knows I didn’t hear and get mad when I am confused later. ‘Hey I’ll take [our daughter] Luna to school today also I’m going to Washington, D.C., next week,’” she tweeted on December 8.

Jake Hoot, who was a member of Clarkson’s team, won The Voice’s 17th season. During a press conference following the live finale, Hoot spoke with reporters about how it felt to come out on top.

“It means the world. I think I went out of breath,” the 31-year-old told Us Weekly and other news outlets on Tuesday. “I lost my breath when they announced my name. Kelly believed in me from the get-go. To be here tonight is just an incredible thing.”