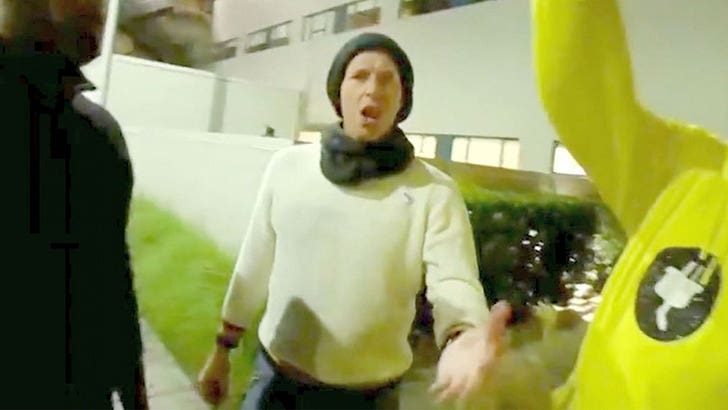 Chris Martin tore a group of autograph hounds a new one for being way too aggressive in trying to get him to scribble on their crap … a trend that’s becoming more common.

The Coldplay frontman was fuming Monday night after a charity performance he’d just done at the Palladium in L.A. for a prison reform org. He didn’t seem to be in any type of mood for a stop-and-sign, but that didn’t stop the hustlers outside from demanding it.

Fast-forward to the start of this clip here, which shows Chris going off on the autograph seekers, telling them to treat him with some decency instead of shouting at him from afar.

He says he just had a “s****y” gig, and didn’t appreciate the reception he received upon walking out. One of the photogs tries to explain why they might’ve been so assertive, but Chris wasn’t having it … and one of the guys seemed to be firmly in his corner.

Funny enough, Chris ended up doing what celebs often do … signing the merch and storming away, a la Larry David — who recently went through something very similar.

Viva la war with these guys.