Chris Evans gave his best wishes to ex-wife Billie Piper and her current partner on Thursday during a surprise reunion on his Virgin Breakfast Show.

The thrice-married presenter, 53, was joined in the studio by 38-year old Billie, his second wife, as she continued her promotional tour on behalf of new film Eternal Beauty.

And he admitted to hoping the actress’s relationship with Tribes’ singer Johnny Lloyd lasts the distance after revealing he had no idea she’d been booked as a guest. 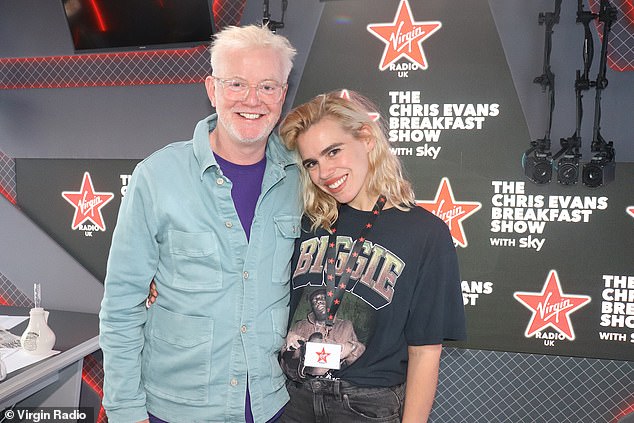 Still close: Chris Evans gave his best wishes to ex-wife Billie Piper and her current partner on Thursday during a surprise reunion on his Virgin Breakfast Show

‘I didn’t even know you were coming on until I arrived this morning and saw your name on the board outside,’ he told her.

After being asked by the bemused actress how he didn’t know what was happening on his own show, he joked: ‘Well, because you were not booked until yesterday afternoon by the frothy coffee man.’

The presenter went on to congratulate the actress on her relationship with Johnny and the birth of their daughter, eight-month old Tallulah, after discussing her ‘dark’ new role. 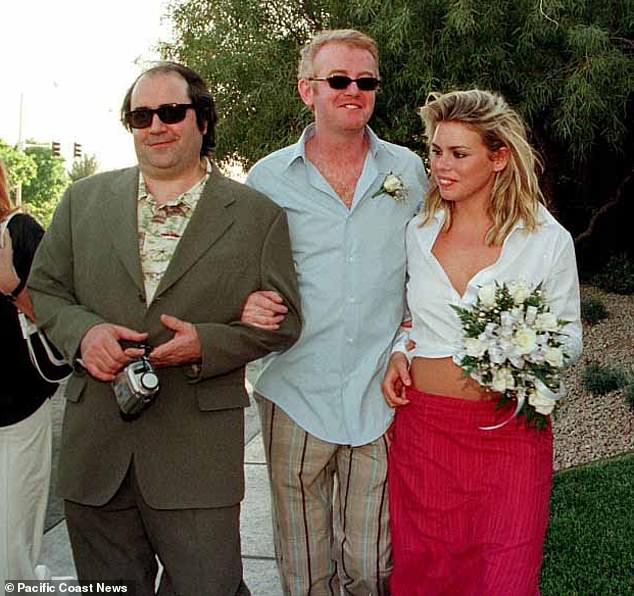 Old times: Chris and Billie were married between 2003 and 2007, but have remained close following their divorce (pictured, with Best Man Danny Baker on their wedding day)

‘Johnny, who I know you love to do death. Who is your current and hopefully forever partner,’ he began, to which Billie admitted she hopes he is.

‘I think he’s probably got a good chance having met him and seen the two of you together,’ Chris added. ‘And Tallulah, you’re gorgeous new baby. That doesn’t sound very dark to me.’

The presenter’s comments came after fashion conscious Billie complimented him on his trademark glasses.

‘You look great too, through my specs,’ he replied. ‘This is all good already.’ 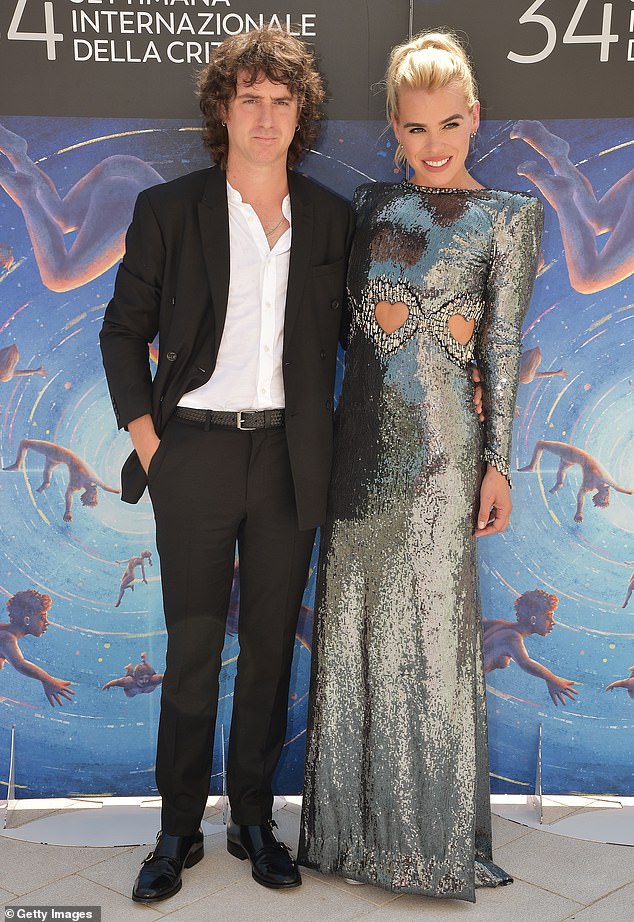 So happy: Chris has congratulate the actress on her relationship with Tribes’ singer Johnny Lloyd and the birth of their daughter, Tallulah 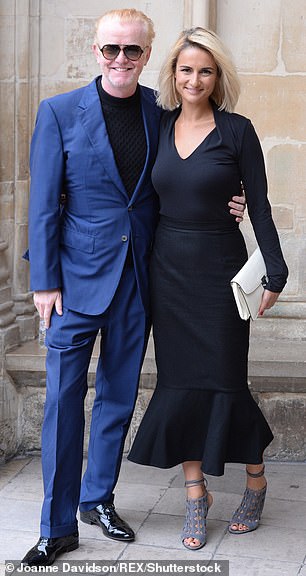 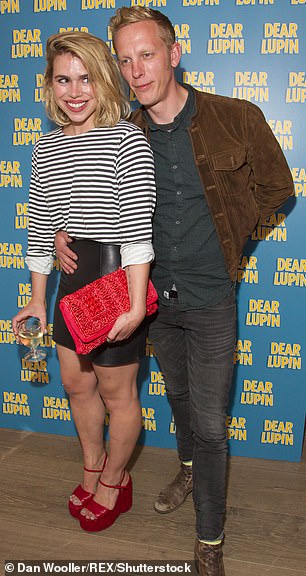 Moving on: Chris to model Natasha Shishmanian following his divorce from Billie in 2007, while Billie also remarried, to fellow actor Laurence Fox 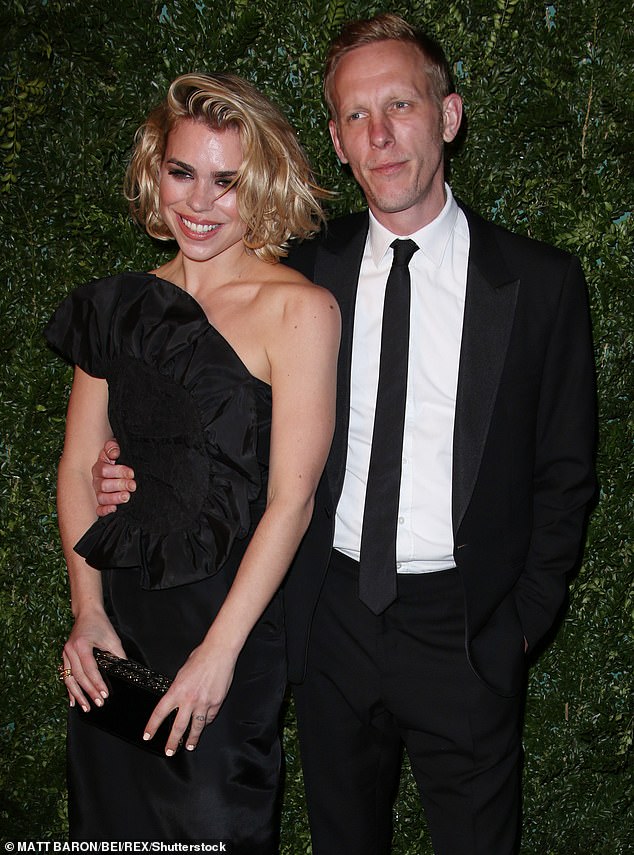 All over: While Chris and Natasha are still married, Billie’s marriage to Laurence ended in 2016

His four-year marriage to Billie came to an end in 2007, but the former couple have remained close friends over the ensuing 12-years.

Both remarried within months of finalising their divorce – Chris for a third time to model Natasha Shishmanian, and Billie to fellow actor Laurence Fox.

Chris and Natasha have four children together – Noah, 10, and Eli, seven, as well as twins Walt and Boo, 12 months.

The couple welcomed their twins in September 2018 after a round of IVF, after the DJ said they wanted to have another child as ‘one last hurrah.’

He also has a daughter Jade, 33, with former fiancée Alison Ward.

While Chris and Natasha remain married, Billie and Laurence divorced in 2016 following a nine-year marriage, during which they welcomed two sons.

The actress gave birth to Tallulah, her first daughter, with Johnny in January.