Chloe Lattanzi, 34, has shared her outrageous and unscientific views about vaccines and the COVID-19 pandemic in a bizarre Instagram rant.

In a now-deleted post, the daughter of Olivia Newton-John outed herself as an anti-vaxxer and claimed that face masks can cause ‘health problems’.

‘Natural medicine saved my mom’s life,’ Chloe, who has no medical training, began the post – referring to Olivia’s long-term battle with breast cancer and well-publicised use of medical marijuana. 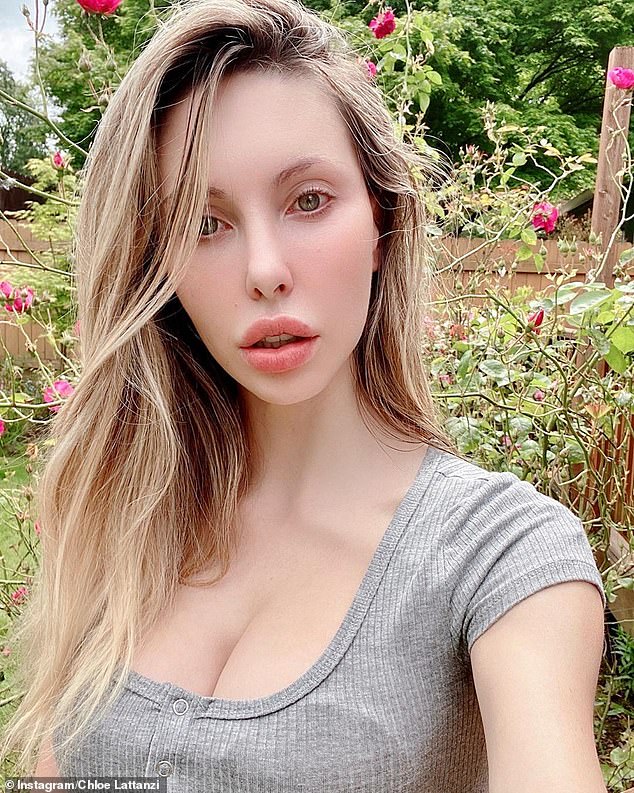 ‘So natural medicine is the party I belong to. Not republican!!! Not democrat!’ continued Chloe, who runs a cannabis farm in Oregon with her partner James Driskill.

‘What do you do when you don’t fit in a box!? When you are a vegan, cannabis growing, lgbtq supporting Buddhist that doesn’t agree with vaccines? Anyone relate?’ she added.

Vaccinations are vital to reducing the spread of preventable diseases, and any suggestion otherwise flies in the face of science and the advice of medical experts around the globe. 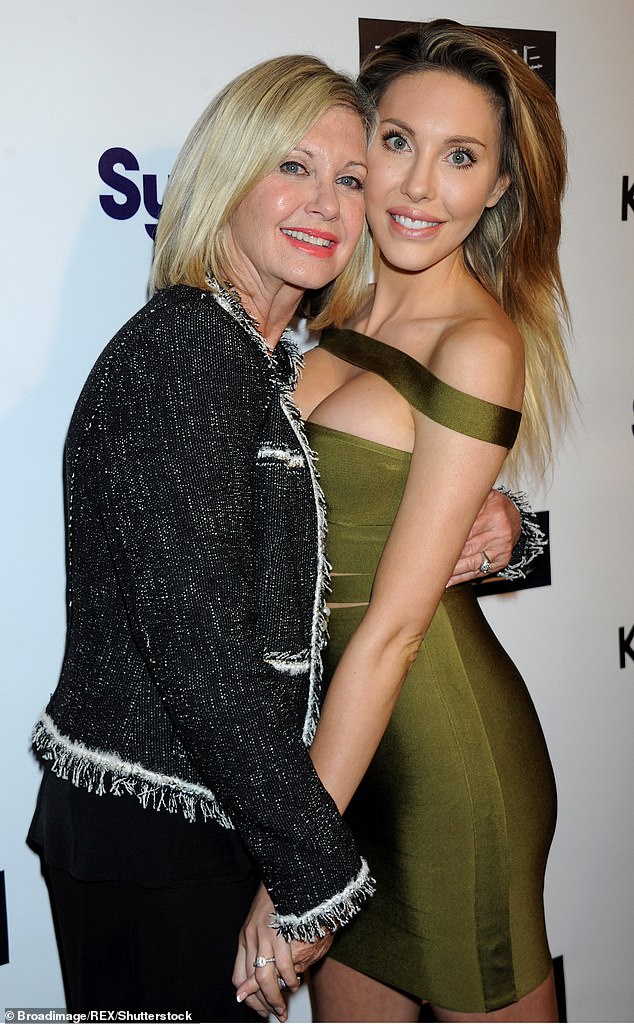 ‘Natural medicine saved my mom’s life’: Chloe, who has no medical training, began her post by praising ‘natural medicine’ and claiming it saved her cancer stricken mother Olivia’s (left) life

WHY VACCINES ARE IMPORTANT

Immunisation is a simple, safe and effective way of protecting people against harmful diseases before they come into contact with them.

Immunisation not only protects individuals, but also others in the community, by reducing the spread of preventable diseases.

Research and testing is an essential part of developing safe and effective vaccines.

In Australia, vaccines must pass strict safety testing before the Therapeutic Goods Administration (TGA) will register them for use. Approval of vaccines can take up to 10 years.

Before vaccines become available to the public, large clinical trials test them on thousands of people.

High-quality studies over many years have compared the health of large numbers of vaccinated and unvaccinated children. Medical information from nearly 1.5 million children around the world have confirmed that vaccination does not cause autism.

People first became concerned about autism and immunisation after the medical journal The Lancet published a paper in 1998. This paper claimed there was a link between the measles, mumps, rubella (MMR) vaccine and autism. Since then, scientists have completely discredited this paper. The Lancet withdrew it in 2010 and printed an apology. The UK’s General Medical Council struck the author off the medical register for misconduct and dishonesty. 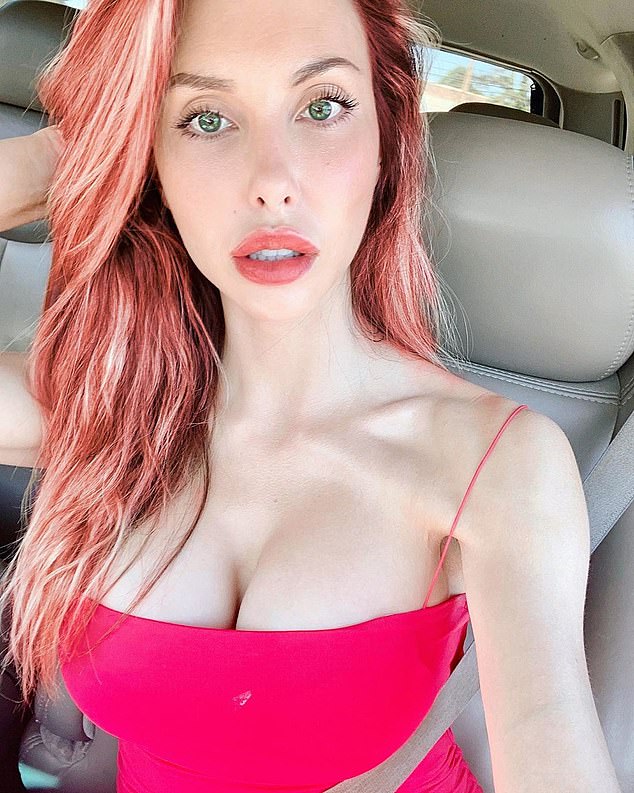 Rant: ‘What do you do when you don’t fit in a box!? When you are a vegan, cannabis growing, lgbtq supporting Buddhist that doesn’t agree with vaccines? Anyone relate?’ she wrote

While Chloe clarified that she does wear a face mask inside public places, she still believes that masks are ‘causing harm to little ones, and poor people that aren’t sick that have to suffocate 9 hour days’.

She even claimed that people have ‘cried to her’ because ‘they can’t breathe and are now having health problems,’ after wearing masks.

‘I’m gonna regret this,’ she concluded. 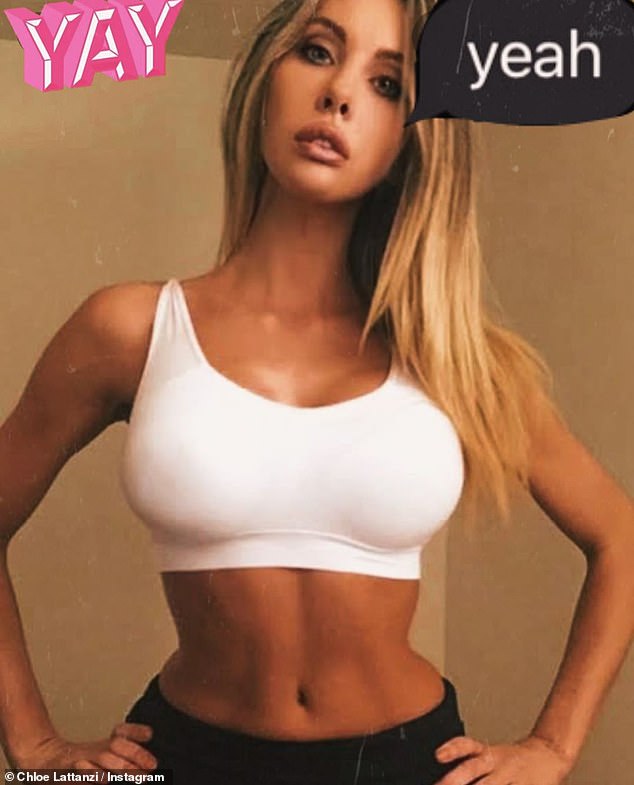 Slammed: In March, Chloe was called an ‘airhead’ after she posted a tone-deaf comment about having to ‘listen to people freak out about coronavirus at the airport’

Chloe’s conspiracy theory that the prolonged use of medical masks causes oxygen deficiency (known as hypoxia) has however been debunked.

‘Thin paper or cloth masks will not lead to hypoxia. Surgeons operate for hours wearing them. They don’t get these problems,’ Prof Keith Neal, an infectious disease expert, told BBC.

Similarly, the WHO website states: ‘The prolonged use of medical masks when properly worn, does not cause CO2 intoxication nor oxygen deficiency.’

Hitting back: She shared a picture of herself in a crop top ahead of catching a flight to the US, when one fan told her it was a series situation, while another called her an ‘airhead’ and unfollowed her

Chloe made headlines in March after posting a tone-deaf rant on Instagram complaining about having to ‘listen to people freak out’ about the coronavirus pandemic while waiting to catch a flight to the US from Melbourne Airport.

She shared a picture of herself in a crop top, prompting one fan to remind her it was a serious situation, while another called her an ‘airhead’ and unfollowed her.

‘I love waiting at the airport for four hours listening to people freak out about coronavirus yay,’ Chloe wrote alongside a busty picture of herself in a white crop and jeans.

On her side: However, one fan told Chloe to ‘stay safe’ as they knew she was ‘just trying to make light out of a bad situation’ 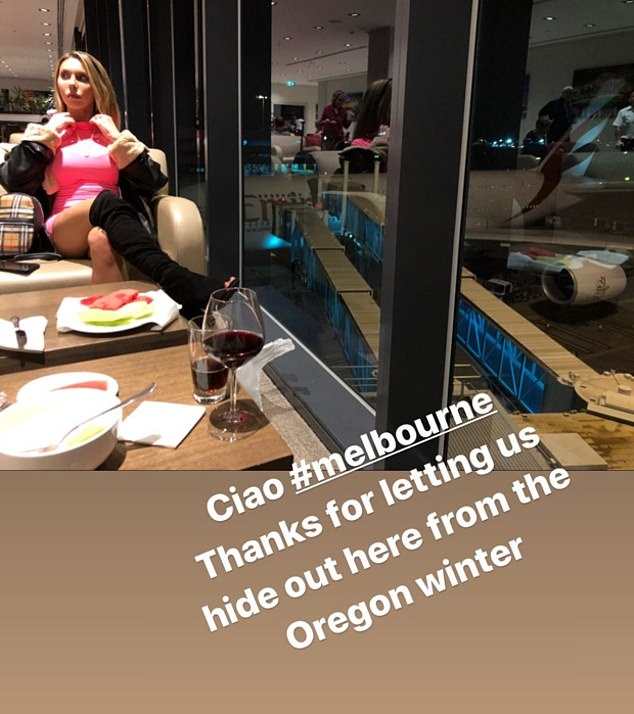 Flying home: Chloe appeared to be in the waiting lounge ahead of an Emirates flight back to the US

One follower replied, reminding Chloe that it is a pandemic.

‘This is also a serious situation and many countries have closed down,’ they began.

‘Many people worldwide are infected and many have died. So I understand very well that people are scared.’

Another remarked: ‘Airhead. I thought you were smarter… some influencer. Unfollowing.’

‘You’re supposed to stay inside,’ another added. 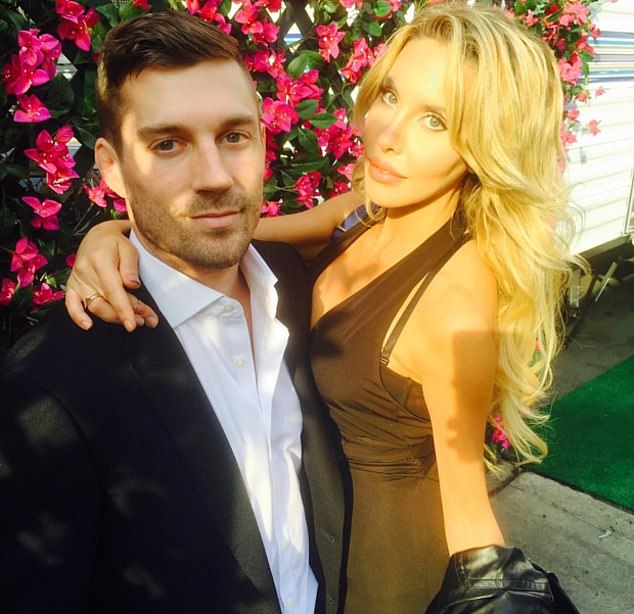 Home on the range: Chloe runs a cannabis farm in Oregon with her partner James Driskill (left)