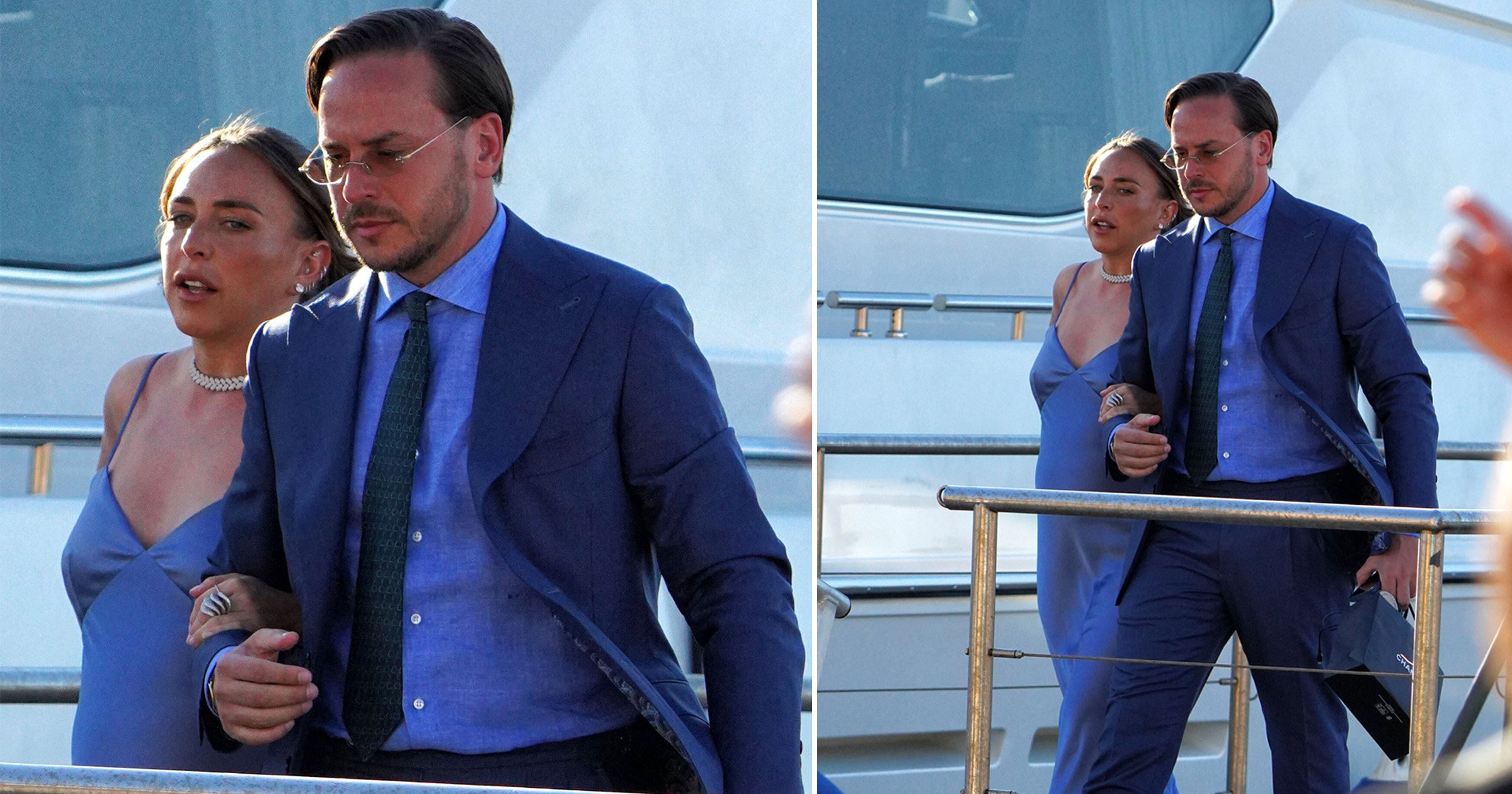 Chloe Green is reportedly pregnant with her second child, and first baby with boyfriend Manuele Thiella.

Chloe – the daughter of retail businessman and former Arcadia Group chairman Sir Philip Green – was snapped enjoying the gorgeous weather in Saint-Tropez on Saturday and appeared to be showing off a baby bump.

The 31-year-old, and one-time Made In Chelsea star, was seen walking arm-in-arm with Manuele, 36, as they left a yacht together, believed to be the superyacht owned by Sir Philip.

She had her hair swept back and off her face, with a variety of earrings on display, as she chatted with her partner.

He also carried a Chanel bag in his left hand.

Manuele is co-founder and CEO of Royal Yacht International, a worldwide yacht brokerage agency based in Monaco.

He and Chloe, who has stayed out of the spotlight for the past year, were first seen out and about together in June 2020 soaking up the sun and enjoying a jet-ski ride together.

This followed her split with model and former fiancé Jeremy Meeks in August 2019.

The pair had dated for two years and are parents to four-year-old son Jayden.

Jeremy is also dad to son Jeremy Jr, 12, who he shares with his ex-wife Melissa Meeks.

Manuele is also understood to be a father-of-one, sharing a daughter from a relationship with a former partner.

At the time the couple’s relationship went public, a source told MailOnline: ‘Chloe has known Manuele for months and they have always been very close friends.

‘They have a lot in common; they’re both parents and are from similar worlds, Chloe is very happy with him. He’s very much been accepted into her family.’

Metro.co.uk has contacted a rep for Chloe Green for comment.