She’s known for setting pulses racing with her scantily-clad snaps.

And Chloe Ferry sent temperatures soaring on Monday, when she declared her arrival in Manchester with one of her raciest posts to date.

Sitting on the edge of a bed wearing nothing but a neon yellow thong, the former Geordie Shore star, 25, looked back over her shoulder as she cheekily told her Instagram followers: ‘Morning Manchester.’ 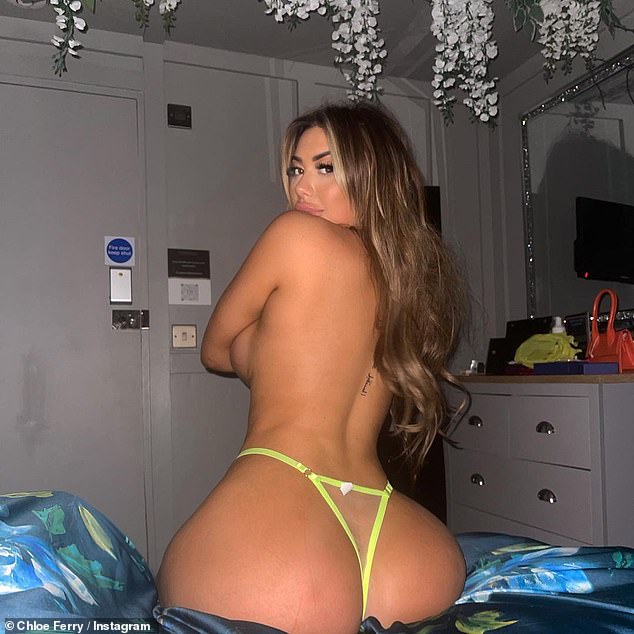 Wow: Chloe Ferry, 25, sent temperatures soaring on Monday, when she declared her arrival in Manchester with one of her raciest Instagram posts to date

Chloe’s glam accommodation could be seen in the background and the brunette bombshell’s glossy hair cascaded in loose curls down her back.

Leaving almost nothing to the imagination, Chloe wore a full face of make-up and flashed fans a sultry glare.

Unsurprisingly, her post racked up almost 25,000 likes in under an hour.

It comes after Chloe was reportedly left traumatised after a fan broke in the grounds of her new £1.1m mansion in Newcastle. 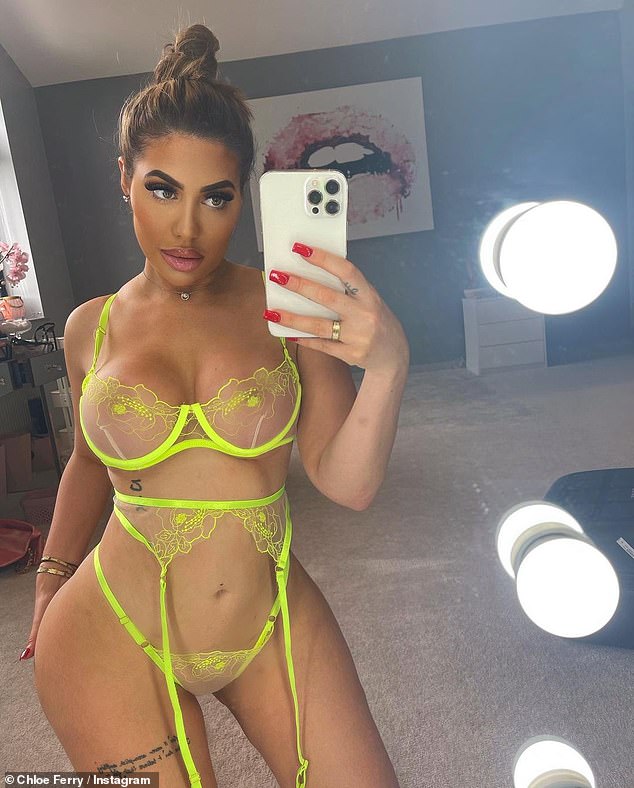 The Geordie Shore beauty was terrified when an intruder climbed over the gate of the home in an affluent suburb of the city, according to The Sun.

The publication reported that the incident left her questioning whether she wants to be in the public eye anymore.

The fan left a note under a plant pot for Chloe and took pictures of the property and its grounds before leaving again, it was claimed.

A source said: ‘Chloe thought she had moved into her dream home but the incident has put a downer on things.

‘This break-in has left her traumatised – people forget that she’s only 25 due to all her success. It’s left her questioning if she wants to remain in the industry.’

Police in the local area subsequently began investigating the incident which left the star shaken up.

Northumbria Police said: ‘We can confirm we received a report of an intruder on a property in Gosforth.

‘We have spoken to the occupant of the address to offer them reassurance and advice.

‘Enquiries are ongoing to establish the identity of the intruder and whether any criminal offences have taken place.’ 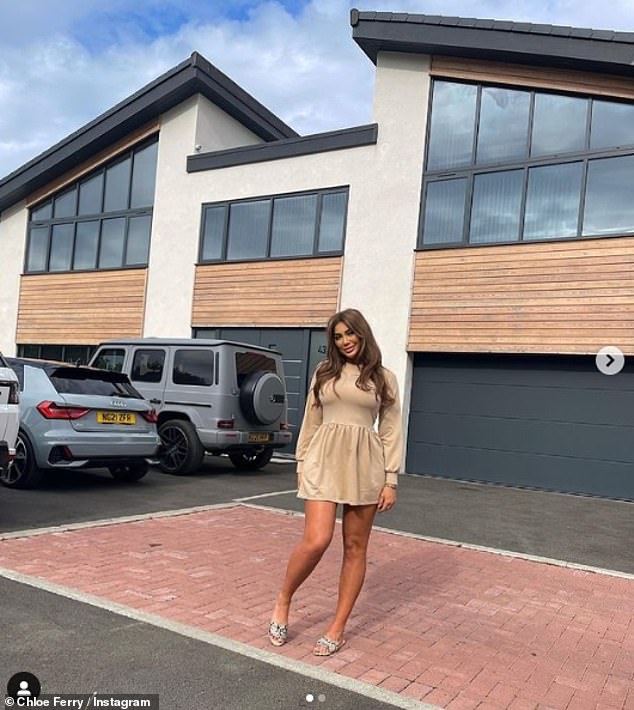 Upset; Chloe has reportedly been left traumatised after a fan broke in the grounds of her new £1.1m mansion in Newcastle recently