She’s been putting herself first during lockdown and dropped two-stone.

And Chloe Ferry looked fantastic as she posed up a storm in a blue lingerie set with the word ‘Angel’ across the front in London on Friday.

The Geordie Shore star, 24, put on a cheeky display in her two-piece and appeared to be in good spirits as she sipped on a drink while enjoying the views. 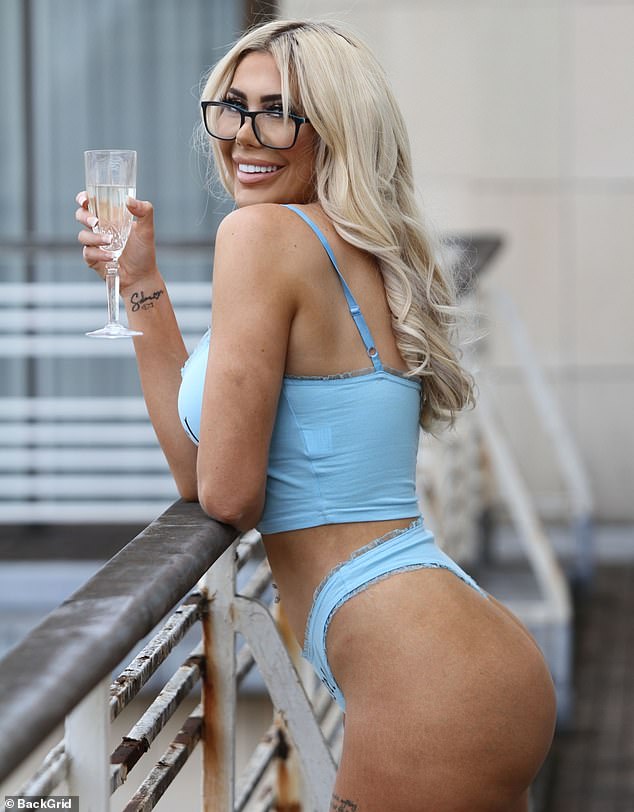 Cheeky: The Geordie Shore star, 24, looked fantastic as she posed up a storm in a blue lingerie set with the word ‘Angel’ across the front in London on Friday

Chloe flaunted her taut midriff in a baby blue crop top which boasted small straps and a slight frill across the bust.

She made sure to accentuate her sensational curves in high-waisted thong bottoms which skimmed over her hips.

Never one to forget her accessories, Chloe donned a pair of black framed glasses and a silver watch to complete her ensemble.

The blonde beauty wore her long tresses down and gently curled for the photoshoot and let her locks cascade over her shoulders. 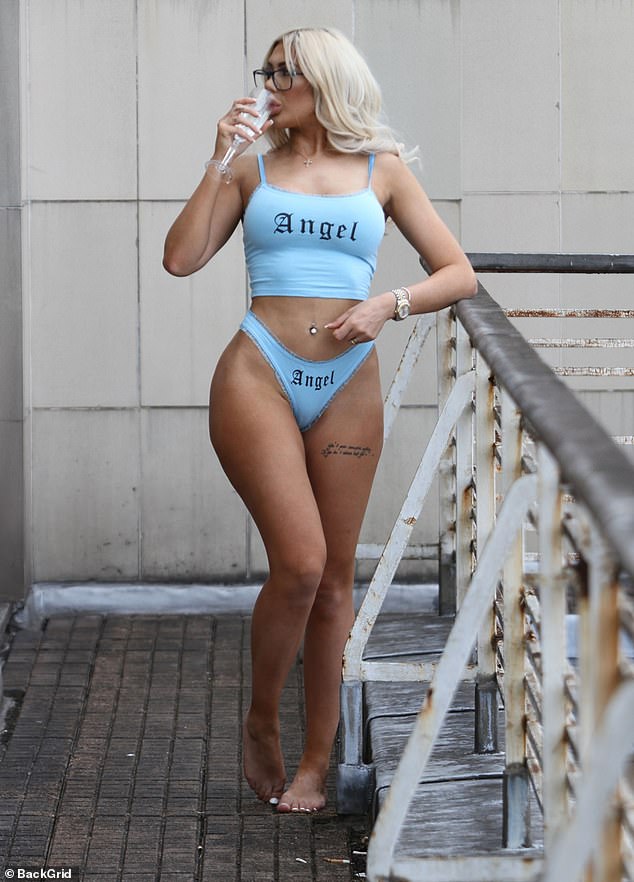 Work it: Chloe flaunted her taut midriff in the blue two-piece which boasted a slight frill along the seams

Chloe also donned a full face of makeup, including a slick of pale pink lipstick to accentuate her features and a touch of sparkling eyeshadow.

It comes after Chloe revealed she will be romancing both men and women on the new series of Celebs Go Dating.

Now Chloe, who said earlier this year she had ‘started looking at girls differently,’ has confirmed she’s ‘open to trying new things’ while filming the E4 dating show. 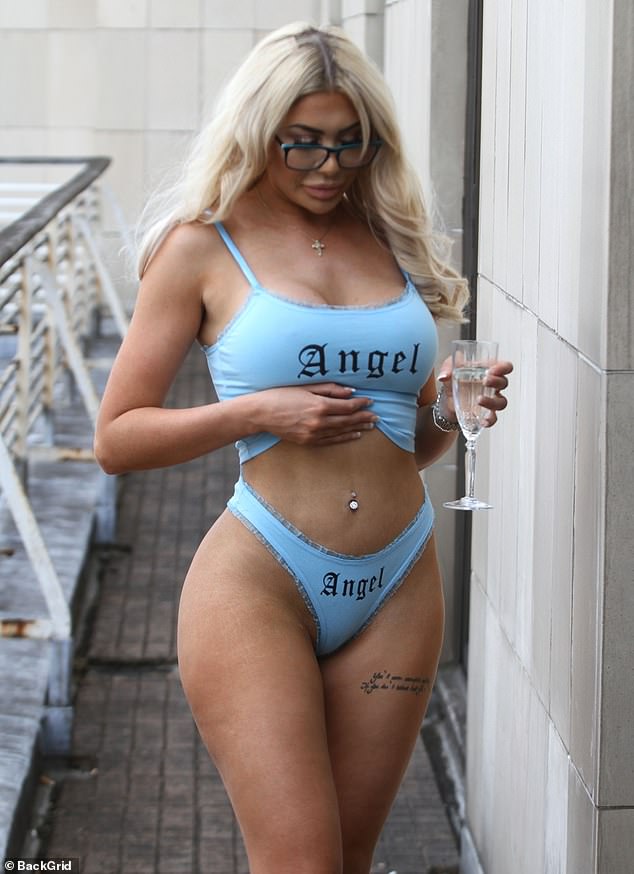 Looking good: The blonde beauty wore her long locks down and curled for the photoshoot

In an exclusive interview with MailOnline, Chloe said about seeing men and women: ‘It’s amazing and really, really fun. I am open to trying new things.

The Geordie favourite, who’s starred on the MTV series since she was 19, said she’d be willing to quit if she found the right person. 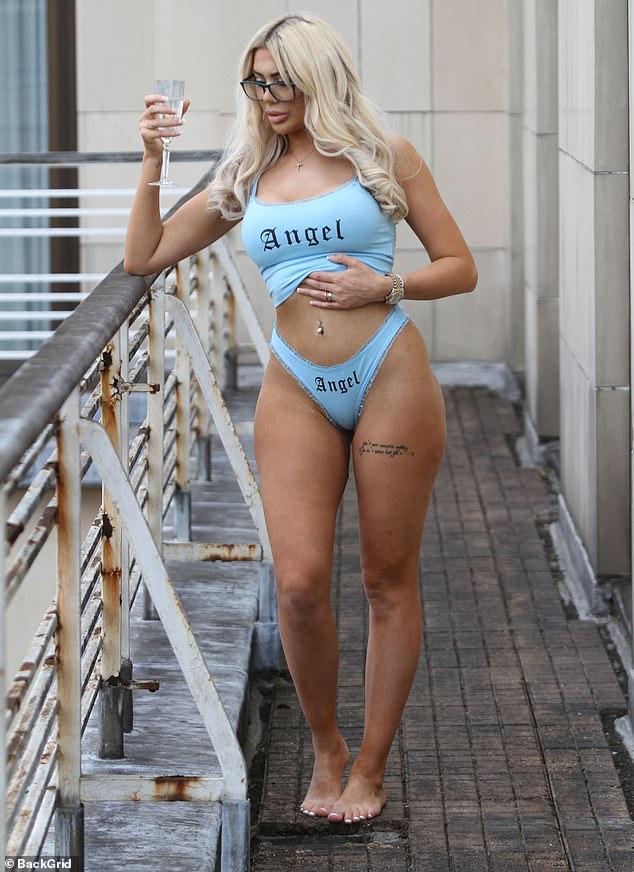 Poser: Chloe accessorised with a pair of black framed glasses and sipped on a drink as she posed up a storm

She said: ‘I really appreciate every single thing Geordie Shore has done for me but if the right person comes along that wasn’t happy with me doing the show then I would definitely put them first.

‘But in lockdown I wasn’t even texting anyone because I thought, “what is the point?” I couldn’t see anyone.

‘Lockdown has been about putting myself first and working on myself. I have really loved lockdown; I think it’s been really good for me.’

In April, Chloe responded to a fan during an Instagram live broadcasted to her 3.4million followers who asked if she were bisexual. 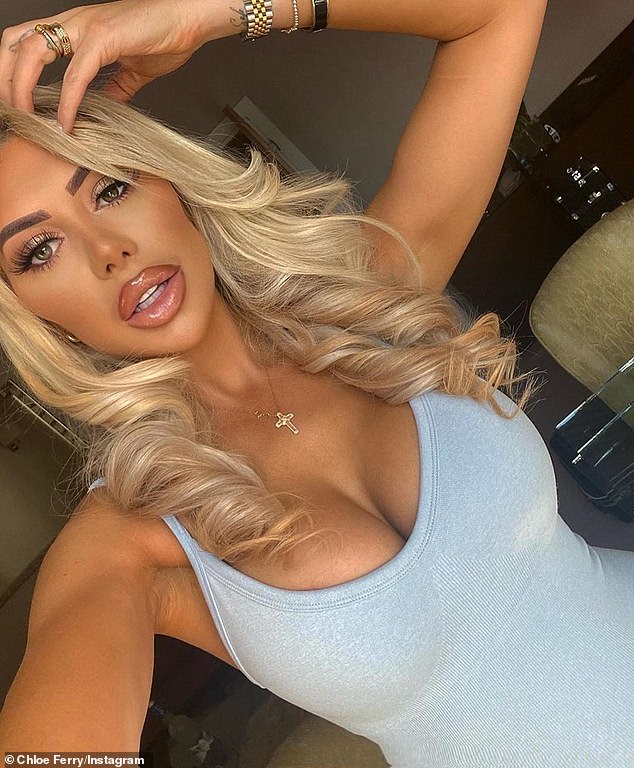 ‘It’s amazing and really, really fun’: Chloe has revealed she will be seeing men and women on the new series of Celebs Go Dating