Charlotte Crosby was warmly welcomed as she returned to the United Kingdom on Tuesday after taking part in the Australian version of I’m A Celebrity… Get Me Out Of Here!

And the Geordie reality star wasted no time in going back to her roots by devouring a pasty from local bakery giant Greggs within minutes of landing at Newcastle Airport.

Charlotte, 29, made short work of the savory treat as she hurried out of the terminal with her mother Letitia and father Gary, who was on hand to greet his wife and daughter following their return to the North-East. 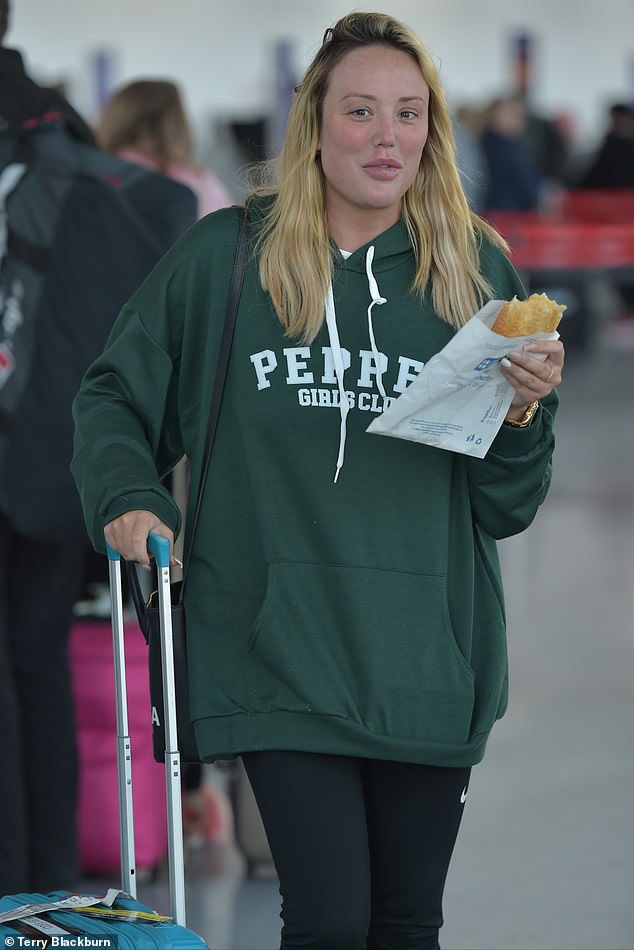 You can take the girl out of Newcastle! Charlotte Crosby grabbed a pasty from local bakery giant Greggs within minutes of landing at Newcastle Airport on Tuesday 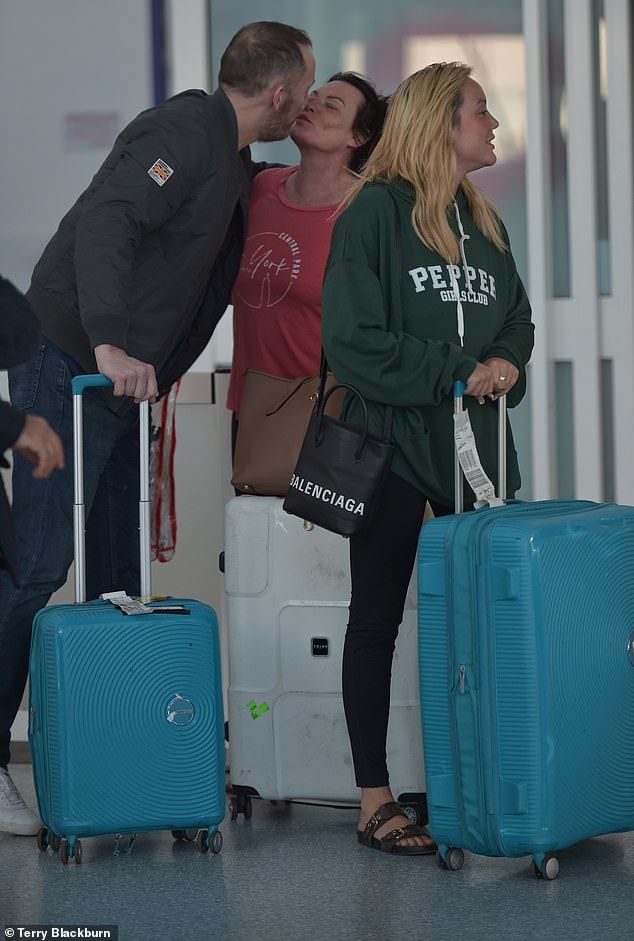 Welcome back: Charlotte and her mother Leticia were warmly greeted by dad Gary following their return from South Africa, where she has been taking part in the Australian version of I’m A Celebrity… Get Me Out Of Here!

Gary was seen welcoming Leticia with a kiss as the family reunited following Charlotte’s return from South Africa’s Kruger National Park – where the Australian version of I’m A Celeb takes place.

The reality star, who finished 10th on the show, showed off a deep tan after opting to go make-up free as she made her way out of the terminal in a loose fitting forest green hoodie and black gym leggings. 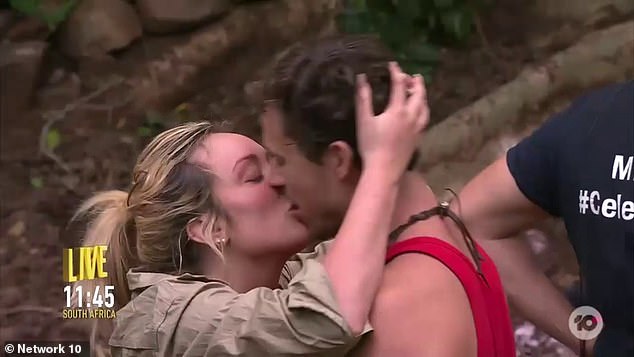 Smitten: The former Geordie Shore star is now said to be weighing up a move to Australia in order to preserve her relationship with the tattooed tradesman 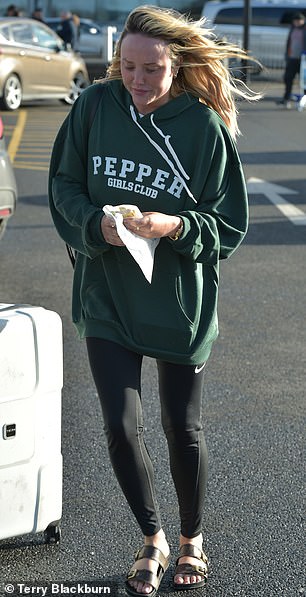 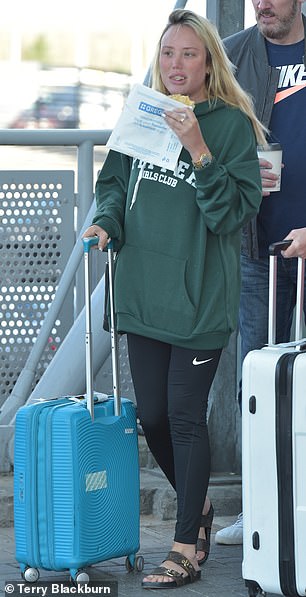 Getting stuck in: Charlotte, 29, tucked into her savory treat as she made her way out of the terminal 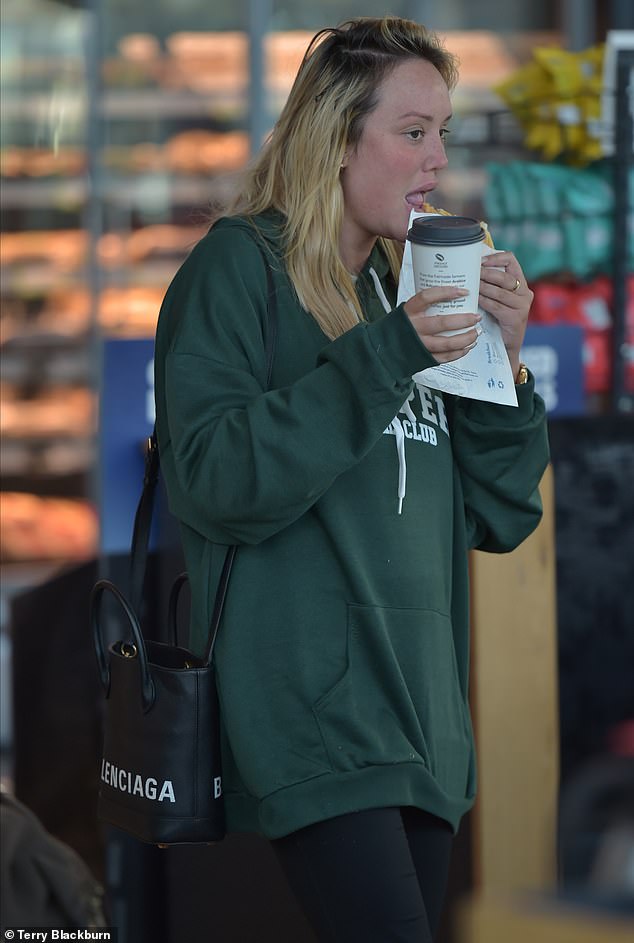 That’s better: The peckish reality star made short work of her Greggs pasty

The former Geordie Shore star is now said to be weighing up a move to Australia in order to preserve her relationship with the tattooed tradesman.

‘He is what I want in a man so it is exciting to see where this is going to go,’ she told The Daily Telegraph shortly after leaving the jungle.

However Charlotte  shut down wedding talk, admitting that ‘it would be silly’ to consider marriage as they’ve only just met. 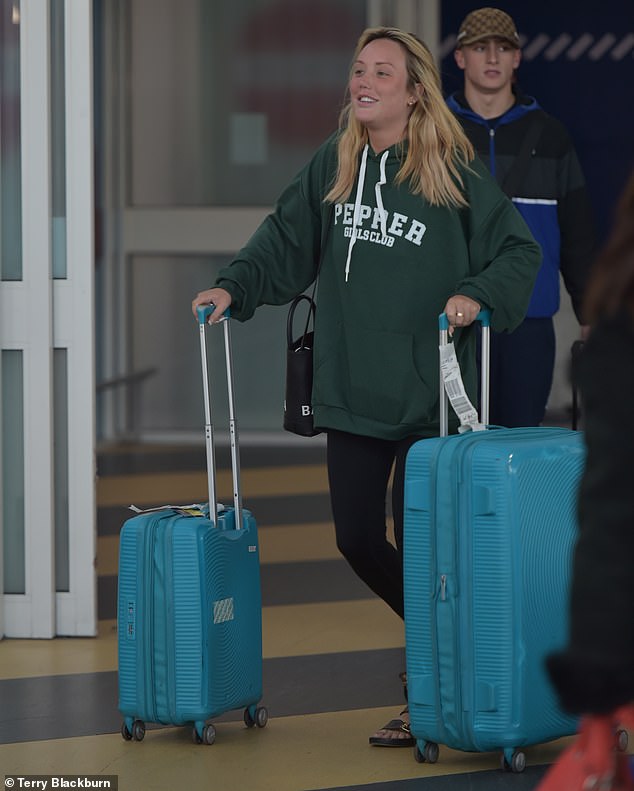 Bronzed: The reality star showed off a deep tan as she returned to Newcastle in a loose fitting forest green hoodie and black gym leggings. 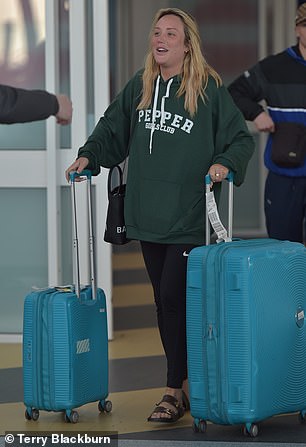 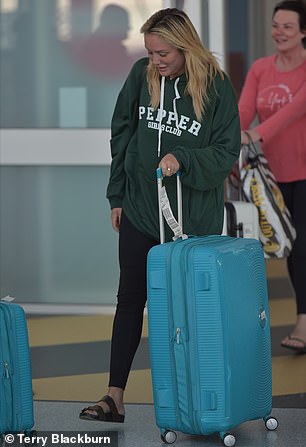 It’s good to be back: After suffering mixed fortunes in South Africa, Charlotte looked delighted to be back in the North-East 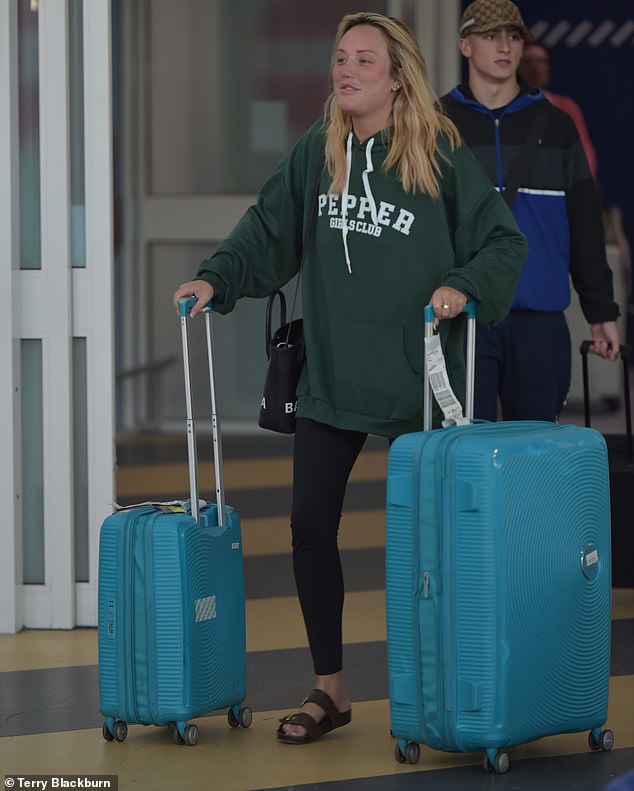 She’s got baggage: The reality star wheeled her suitcases out of the terminal on Tuesday

‘We have known each other for a month so obviously I am not going to say, “Yes, let’s get married”,’ she said. ‘If we were in a normal situation, not many people propose after a month.’

Speaking to Australian TV show The Project the day after her departure from the jungle, Charlotte also revealed they haven’t yet ‘done the deed’ for medical reasons – but promised there ‘will be fireworks.’

She told host Lisa Wilkinson: ‘Obviously we spent last night together – nothing like you think! I’ve got some infections down there… you can’t really go there at the moment.’ 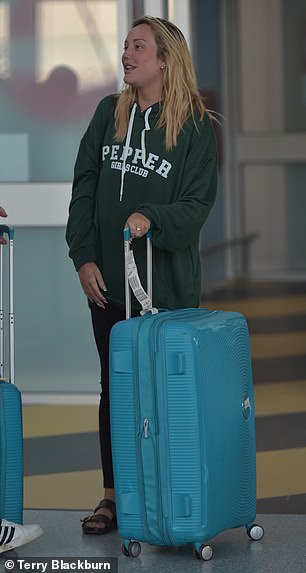 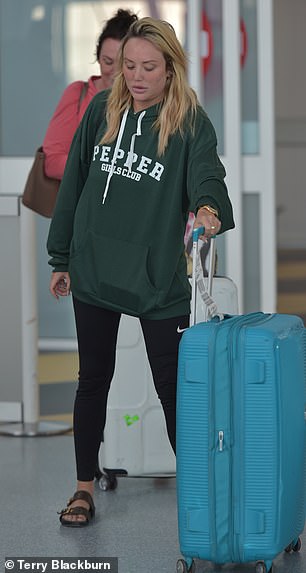