Charlie Sheen, 55, sports a noticeably healthy appearance as he heads out on solo grocery run in Malibu

Just a decade ago, Charlie Sheen was the highest paid actor on television, earning  $1.8million per episode on the hit CBS sitcom Two and a Half Men.

In recent years, following a series of mishaps, more tales of his party man exploits, and bizarre behavior that led to his very public meltdown, Sheen has seemingly embraced a more quiet life, especially in the wake of his HIV diagnosis in 2015.

And the Platoon star, 55, proudly showcased the effects of his lifestyle change as he was spotted leaving a CVS Pharmacy in Malibu, seemingly looking healthy. 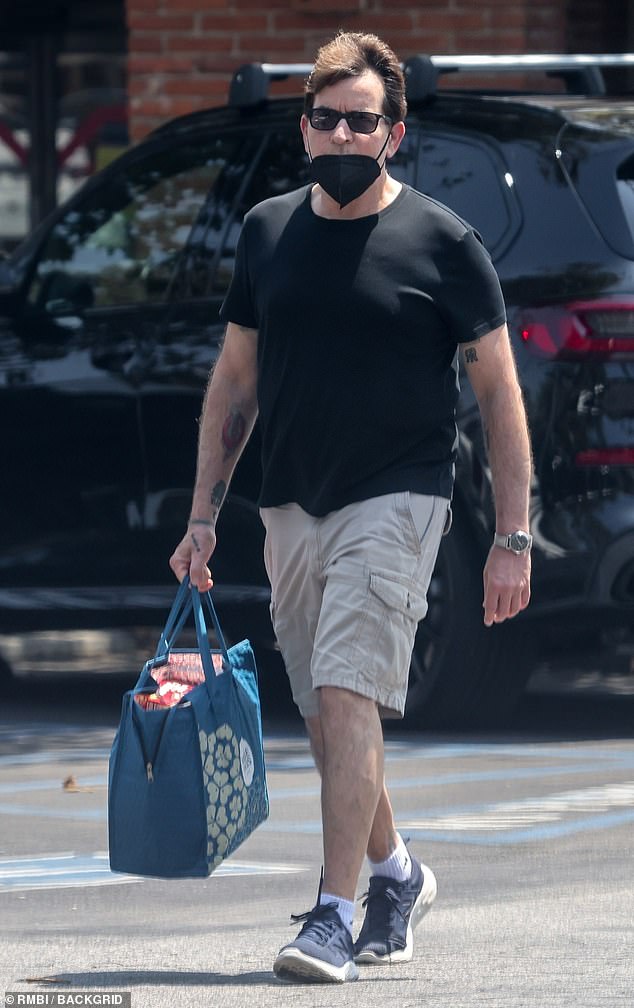 On the go: Charlie Sheen, 55, stepped out to a CVS Pharmacy in Malibu on Saturday

Sheen stepped out in brown cargo shorts with a black t-shirt and navy blue sneakers.

He also donned a pair of black sunglasses as he carried a reusable bag full of groceries out of the store on another warm and sunny Southern California day.

With COVID-19 still very much a danger, the local Malibu native made sure to wear a black face mask over his mouth and nose whenever he was around people in the public. 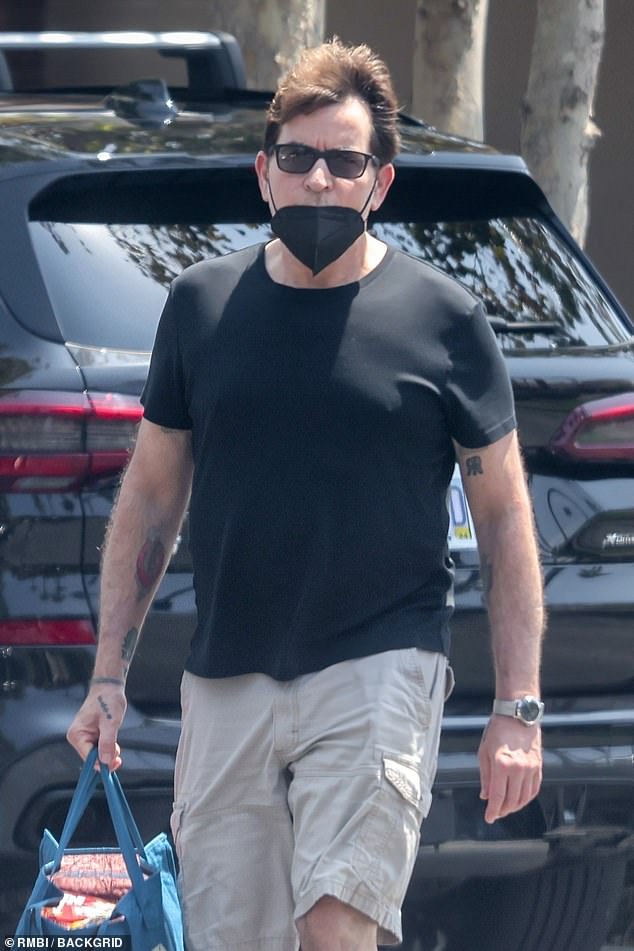 Looking good: The former Two And A Half Men star looked healthy in cargo shorts and a t-shirt during his quick stop for groceries at CVS

Just two days ago, to mark the Field Of Dreams game between the New York Yankees and Chicago White Sox in Iowa, Sheen took to Instagram and shared a photo of himself hanging out with a few legendary baseball players that he originally posted back in September 2017.

‘Rock Raines, The Wizard, Lefty, Tony Tee, and The Sheen,’ he wrote in the caption of the photo seemingly taken in the cornfield of the Field Of Dreams set, along with ‘hashtag – we got this.’

He referenced the nicknames of iconic players Tim Raines, Ozzie Smith, and Steve Carlton, along with longtime friend Tony Todd.

Sheen’s personal tailspin a decade ago included pleading guilty to assaulting his former wife Brooke Mueller on Christmas day in 2010 and his very public feud with Two And A Half Men creator, Chuck Lorre, where he used such comments as ‘winning’ and ‘tiger blood.’ 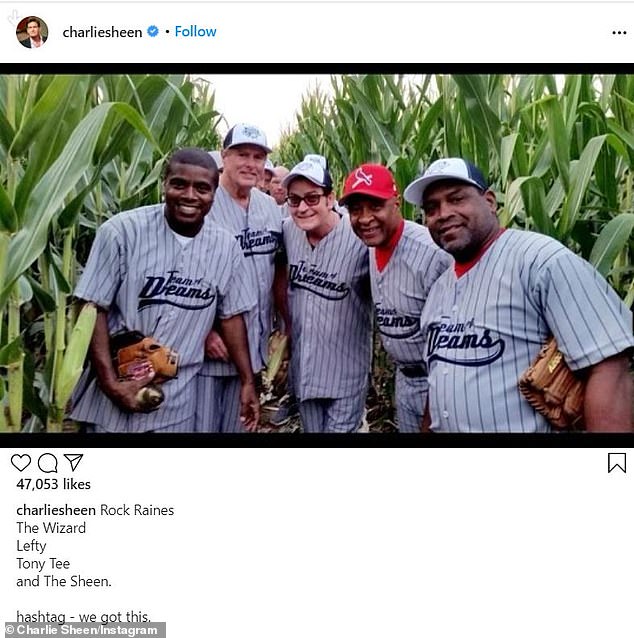 His crazed antics would result in his firing from the show in late 2011.

‘People have [said to] me, “Hey, man, that was so cool, that was so fun to watch. That was so cool to be a part of and support and all that energy and, you know, we stuck it to the man,”‘ Sheen told Yahoo! Entertainment.

‘My thought behind that is, “Oh, yeah, great. I’m so glad that I traded early retirement for a f—–g hashtag.’

Sheen has made his health his main priority since he publicly revealing that he was diagnosed with HIV in November 2015.

He hasn’t had any new film or TV credits in the last few years. 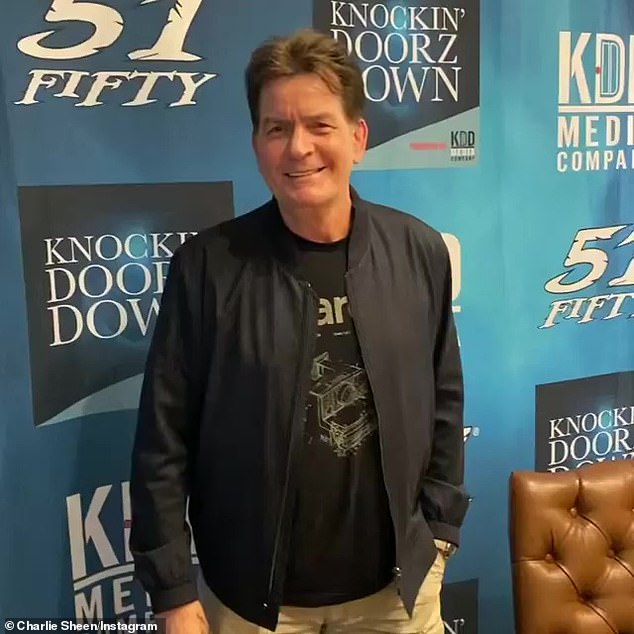 Healthier version: Sheen has made his health his main priority since he publicly revealing that he was diagnosed with HIV in November 2015