The 41-year-old Magic Mike actor shared a black and white polaroid taken by his eight-year-old daughter Everly, as he gave her photo credit.

The seeming thirst trap comes amid his romance with Zoe Kravitz, 32, who he is said to be ‘inseparable’ with. 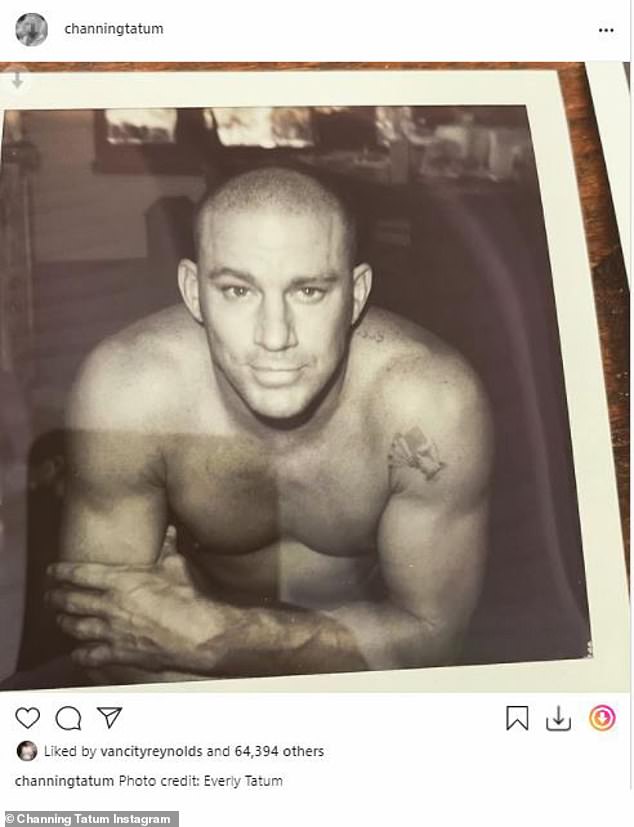 Thirst trap! The 41-year-old Magic Mike actor was seen shirtless in a black and white polaroid taken by his eight-year-old daughter Everly who he shares with ex Jenna Dewan

In the snap Channing showed off his bulging muscles and buzzed hair while crossing his arms.

He softly smiled in the shot which appeared to be taken at his Los Angeles home following a day of outdoor activities with his daughter.

Everly is Tatum’s only daughter and he previously gushed ‘you are my world and my heart’ in a June Instagram snap.

The actor shares his daughter with ex wife of nine years Jenna Dewan. The pair split up in 2018, and she moved on to find romance with actor Steve Kazee who she shares a son with. 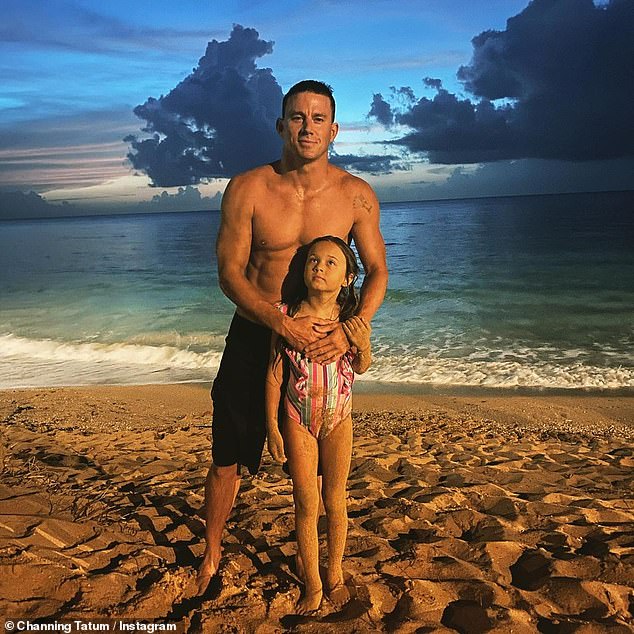 Daddy’s girl: The father of one shared a vacation snap with Everly where he gushed ‘you are my world and my heart’ back in June 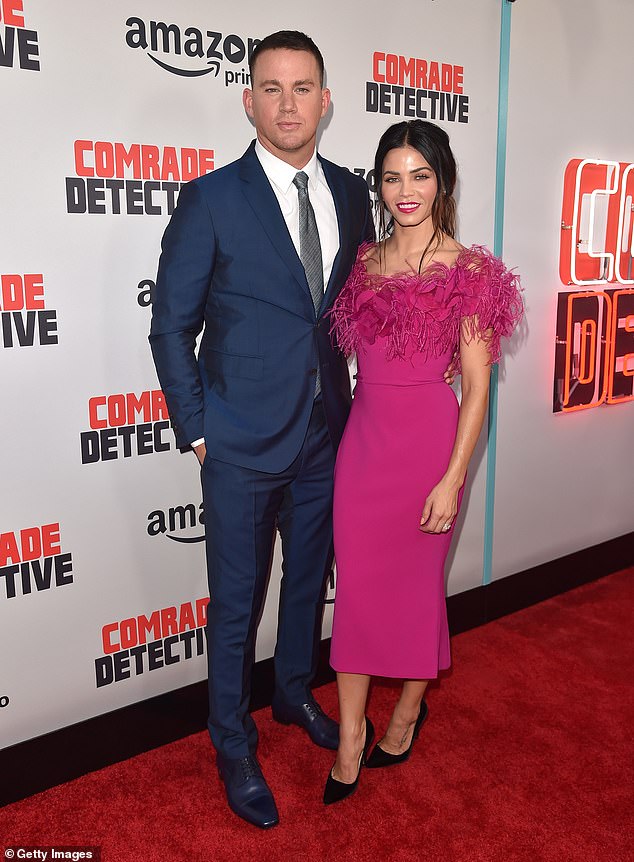 Ex-wife: The Step Up co-stars were married for nine years and split in 2018

And Channing had been romantically involved with singer Jessie J for two years (2018 to 2020).

They had taken a month-long break in December 2019 but got back together in January 2020, but by that April they called it quits.

And it seems he is now giving love another shot with Kravitz. The duo have not commented on their relationship but they have been spotted out together on numerous occasions.

A source told PEOPLE that the pair ‘continue to be inseparable’ and that they have ‘cute and flirty chemistry.’ It was also recently revealed he follows four Zoe fan accounts on Instagram. 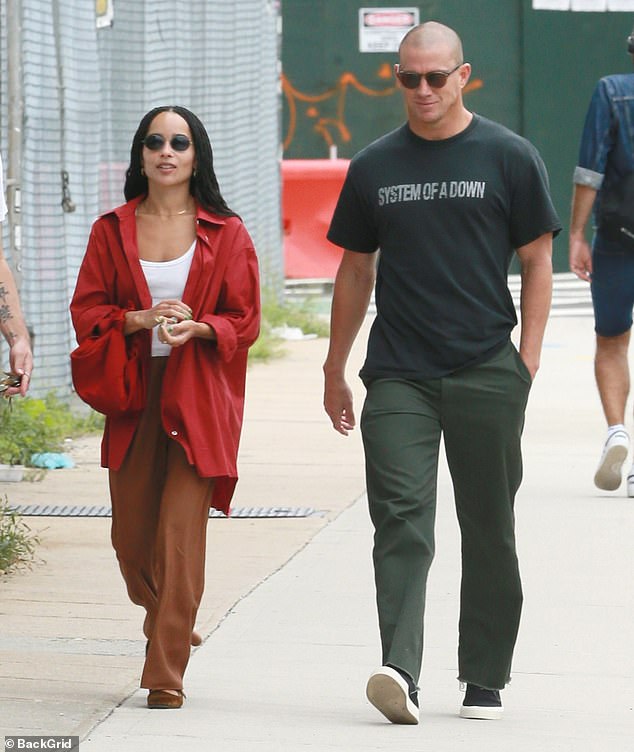 ‘Inseparable’: A source told PEOPLE that they ‘continue to be inseparable’ and that they have ‘cute and flirty chemistry’; pictured August 28

‘Zoe thinks Channing has depth both as an actor and a person…[and] Channing likes that she is independent and outspoken as well as bright,’ it was added of their thoughts on each other.

The pair first met when the High Fidelity actress approached him about starring in her directorial debut — a film called P***y Island.

He is set to play a tech billionaire named Slater in the movie about gender dynamics/politics, and has been aiding Zoe in developing the script. A starring actress has yet to be tapped.

The daughter of Lenny Kravitz told Deadline in June:  ‘Chan was my first choice, the one I thought of when I wrote this character….I got the sense he’s a true feminist and I wanted to collaborate with someone who was clearly interested in exploring this subject matter.’ 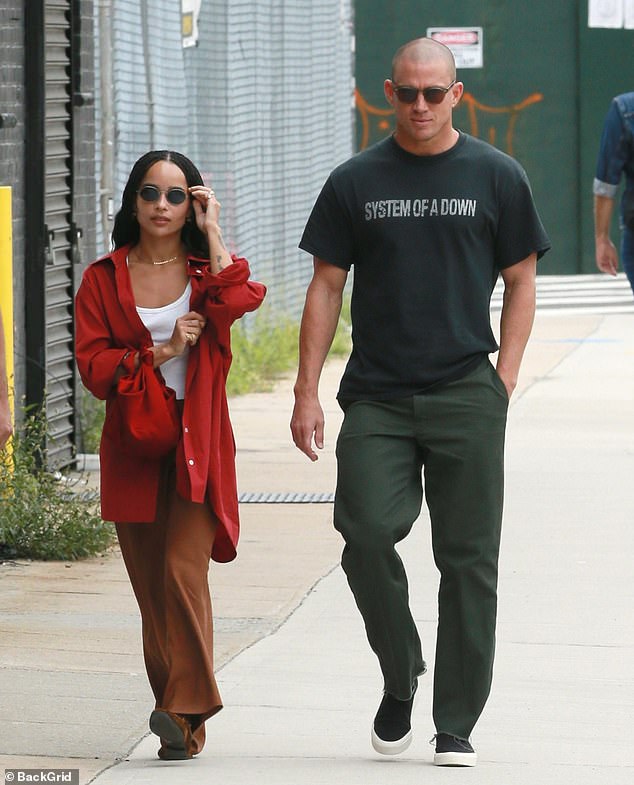 Working relationship: The pair have been collaborating creatively on her directorial debut after she hand-selected him to star in the film, as she confessed ‘Chan was my first choice’

And Tatum told the publication that he ‘didn’t know her’ personally before she called him up but was thrilled to be selected for a type of role that no one gives him ‘a chance’ to play usually.

‘When Zoe called me about this, I was shocked. I didn’t know her. I’d watched her in movies, knew she produced High Fidelity and had seen that, but I didn’t know she was creating on a level like this, where she wanted to direct.’

In the joint conversation the pair continued to banter a bit as he said that she ‘convinced’ him to not wear Crocs anymore, to which she playfully quipped: ‘I was just trying to be a good friend, Chan.’

Zoe was married to Karl Glusman for 18 months but in December 2020 she filed for divorce. She and Tatum were not spotted out publicly until days after the divorce was finalized on August 23. 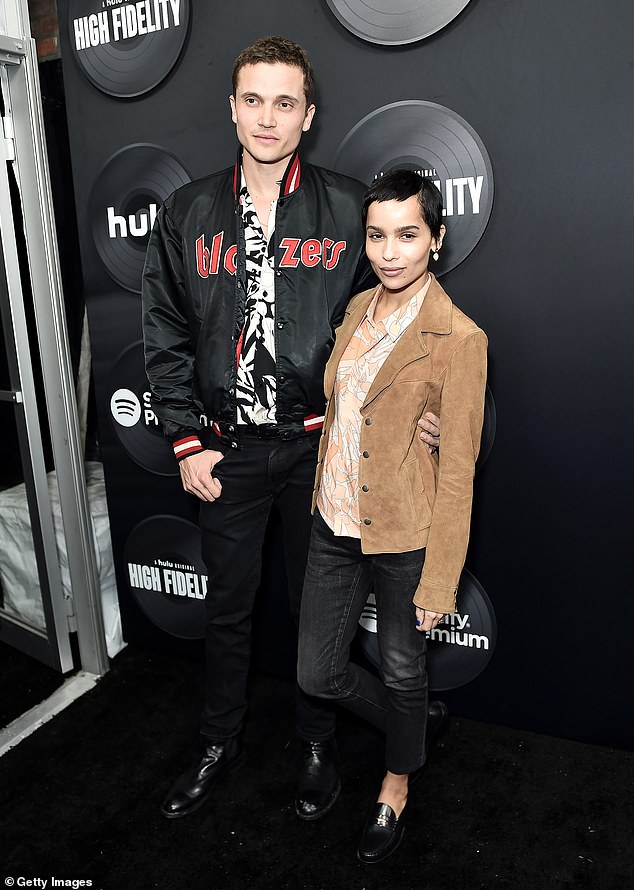 Done deal: Zoe and Glusman were married for 18 months but in December 2020 she filed for divorce and it was finalized on August 23; pictured February 2020