Carol Vorderman, 58, who was raised in Prestatyn, North Wales, has expressed her desire to learn Welsh for a while now.

And now the Countdown star has now started her mission, revealing to her 408,000 Twitter followers she has been learning the language for the past six days.

Carol opened up about the news after her tutor wrote online about how well it’s going so far.

Aran Jones wrote: “Okay, I admit it, couldn’t put @carolvorders under any serious pressure – just too *quick*! – we’ll have to turn it up to 11 next time out…

Carol said she is “loving” learning Welsh after a face-to-face session plus online help.

She replied to Aran: “I’m blushing…. so diolch for my first face to face lesson @aranjones…

Carol’s fans were thrilled she is learning the language, with one person writing in Welsh: “Glad to hear! keep at it.”

Another person tagged The Apprentice winner, Alana Spencer, in their tweet and said: “All these famous celebs learning Welsh !!! Love it @carolvorders @Alana_Spencer_.” 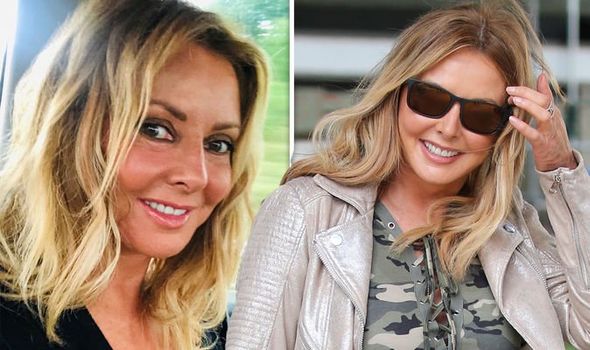 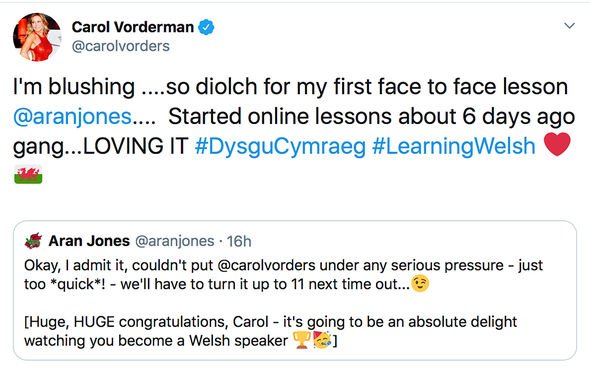 Carol regularly showcases her love for Wales online, where she shows her support for the country’s rugby team.

And back in June, the maths whizz shared a smouldering picture of herself wearing just a bikini top, emblazoned with the Welsh dragon.

Displaying her dedication to her childhood country, Carol ensured the Welsh Dragon was on full view as she took a picture of herself in the mirror.

She displayed her cleavage in the saucy snap, where she struck a sultry pose to the camera. 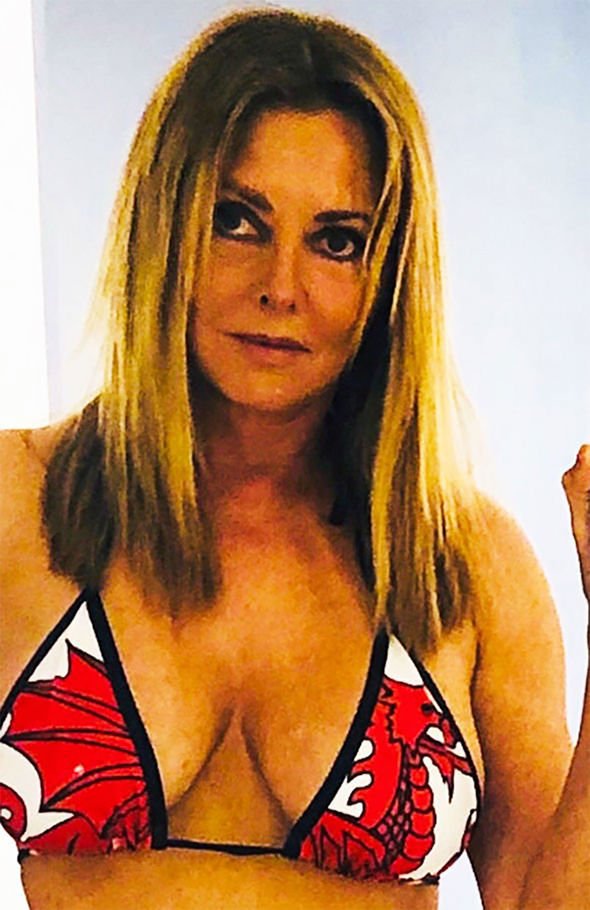 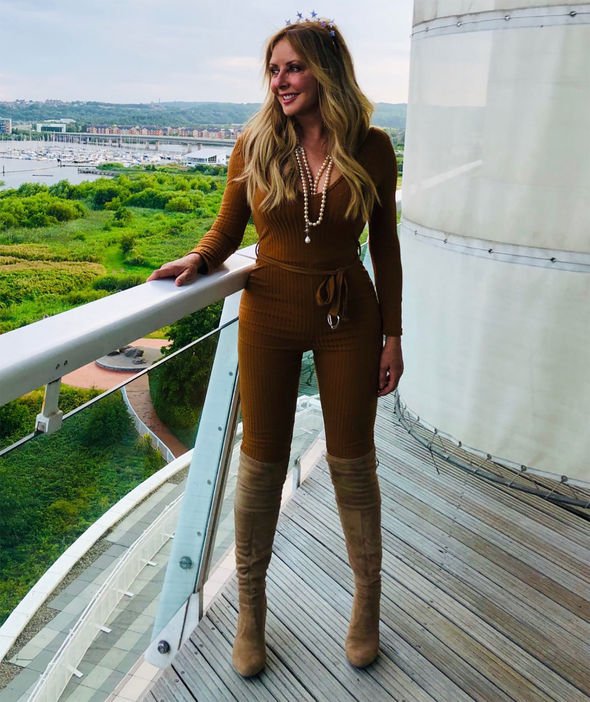 Meanwhile, at the weekend on BBC Radio Wales, Carol revealed what nickname she likes to be called.

Chatting on the airwaves with co-host Nathan Sussex, who played Buster in Hollyoaks, the age-defying beauty said she loves the name “Cazza”.

As well as “Cazza”, Carol revealed she has been called “all sorts” over the years.

“A producer I used to work with used to come up with a new name every week for me,” Carol recalled.

“My favourite one for me was, him shouting down my ear piece, ‘Oi can’t afford a man’.”