Cardi B is celebrating her ‘honey’ Offset’s 29th birthday with a twerk show from home! She shared a NSFW clip of herself dancing on Offset’s lap — which is likely the first of many PDA videos we’ll see from his big day.

Cardi B is pulling out all the (sultry) moves for Offset‘s birthday. The Migos rapper turns 29 on December 14 — and what better way to close out your 20s than with a wild lap dance? — This is something you’ll just have to see for yourself:

Cardi took to Twitter and Instagram Stories to share the PDA clip, which appeared to be filmed in one of the couple’s lavish homes. The rappers, who share 2-year-old daughter daughter Kulture Kiari Cephus, have real estate in Atlanta, LA and New York. Although fans likely knew what came after the twerking video — Cardi dropped hints regardless. She shared on Twitter that the clip showed “how imma do [him] for his birthday.”

The “WAP” rapper, 28, appeared to ring in her man’s 29th birthday with a delicious chocolate cake. In a photo shared to her Instagram Stories, Cardi showed off a massive piece of chocolate cake. In a second snap, she shared a screen-grab of a FaceTime call with Offset, along with a racy message about the birthday intimacy she had planned for him. 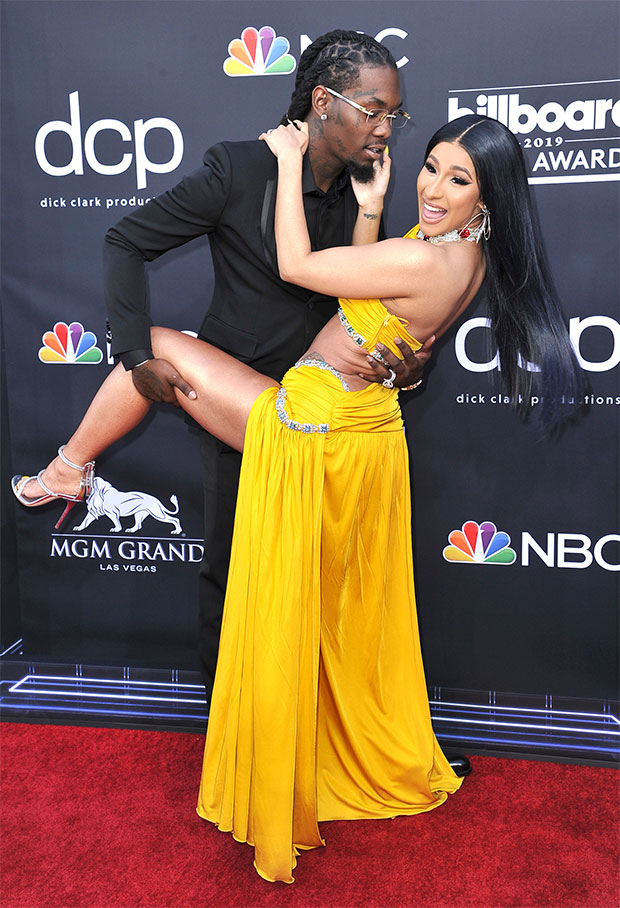 Meanwhile, Offset took to Instagram on the night before his birthday to vow that  “No. 29 will be my greatest chapter yet,” adding, “I know the author.” The rapper continued, “Made it 28 seasons… “I thank God for life. And he keeps giving me more to be thankful for.

Cardi and Offset have a lot to celebrate this year, despite 2020 being the year of the COVID-19 pandemic. They survived a nasty split in September, which led to Cardi filing for divorce — for what she later said was to simply “teach Offset a lesson,” after they had been constantly fighting.