If laughter is in fact the best medicine, then Camila Cabello should be one healthy lady for the foreseeable future after her Wednesday full of fun in the sun.

The She Loves Control star, 25, seemingly couldn’t stop laughing and smiling during her day the beach with some besties in Coral Gables, Florida, which is just seven miles from Downtown Miami.

The laugh-fest began when the Havana chart topper and her gal pals claimed their spot on the beach, and then carried over when they decided to jump into the ocean water for a little frolicking in the waves. 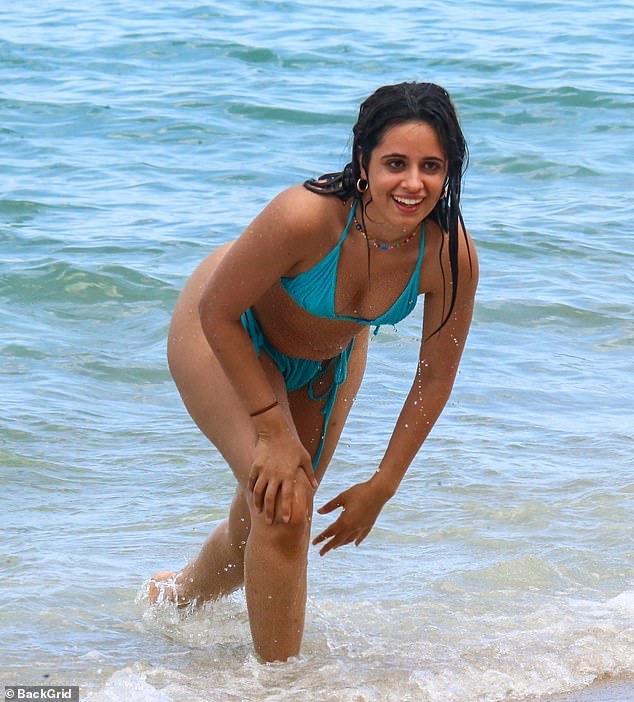 Good Medicine: Camila Cabello, 25,  spent her Wednesday laughing and smiling while on the beach with friends in Coral Gables, Forida, which is just seven miles from Downtown Miami 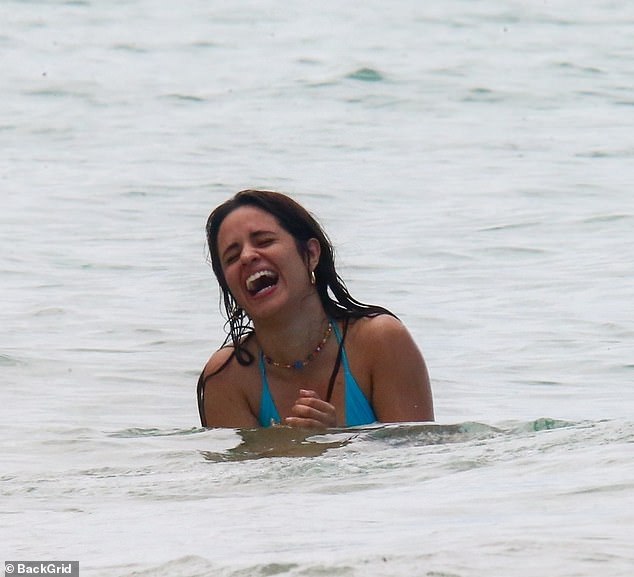 Glowing: The Havana, Cuban native looked to be overjoyed at the idea of being in the ocean with her friends

Cabello (born Karla Camila Cabello Estrabao), 25, headed out for her day on the beach in a baby blue string bikini.

She accessorized with a beaded necklace, a bracelet, and hoop earrings.

Knowing that she would be spending a great deal of her afternoon in swimming, the singer-songwriter wore her raven tresses long and flowing past the middle of her back with a part in the middle. 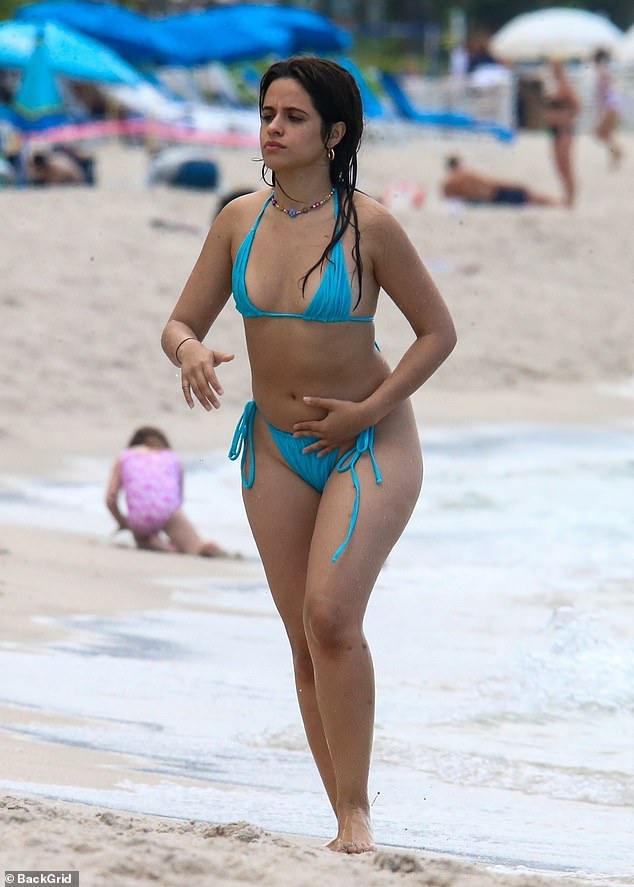 Cheeky: The singer-songwriter spend her day on the beach in a baby blue bikini

Fun in sun: The Lining Proof star met up with her gal pals in the ocean water 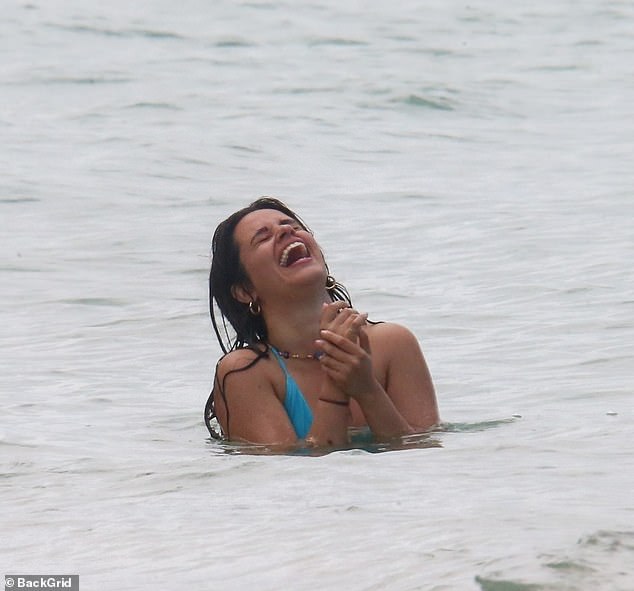 Lovin’ life: Once she dove into the waves Cabello flashed her infectious smile

Cabello and company’s laugh attack began when they tried to maneuver the incoming waves and got knocked around a bit.

Laughing out loud at how minuscule they all seemed in comparison to the vast beach and ocean, the ladies proceeded to giggle and smile as they waited for the right time to make their way back to the shore.

Then, once they made it back to shore, Cabello and one of her fiend’s in particular nearly fell over, which again set them off into another laugh attack. 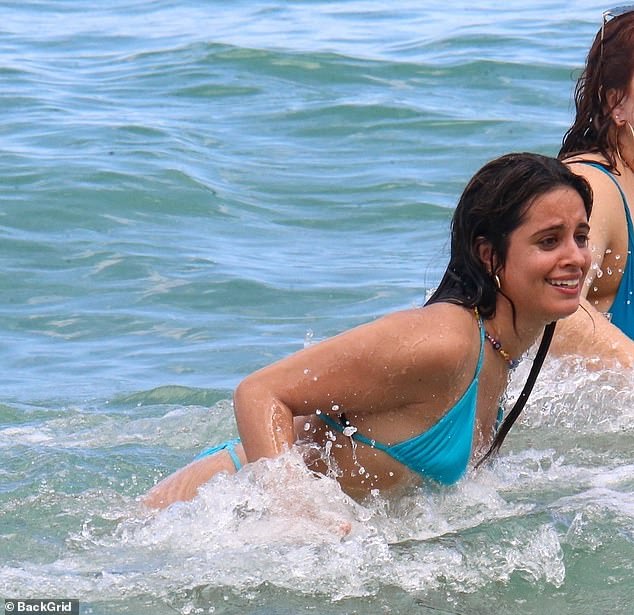 Her wave: The Familia star went into a laugh attack when she and one of her gal pals got caught off guard by the incoming waves 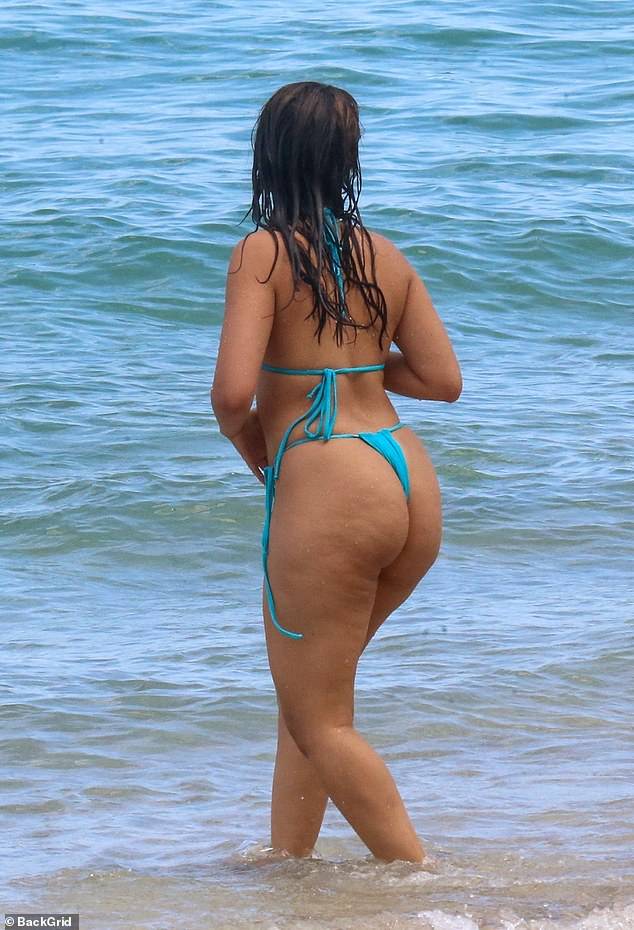 She’s up: Eventually the two-time Latin Grammy winner found her footing and got up

The group of ladies belted out in laughter some more when they made their way back to the area where they set up their make-shift camp on the beach.

It appears the singer is currently on vacation mode, considered she just returned from a holiday off the coast of Capri, Italy, which included one day on the ocean on a yacht.

Cabello has been living the single life since her breakup from Shawn Mendes in November 2021, after more than two years as an item. 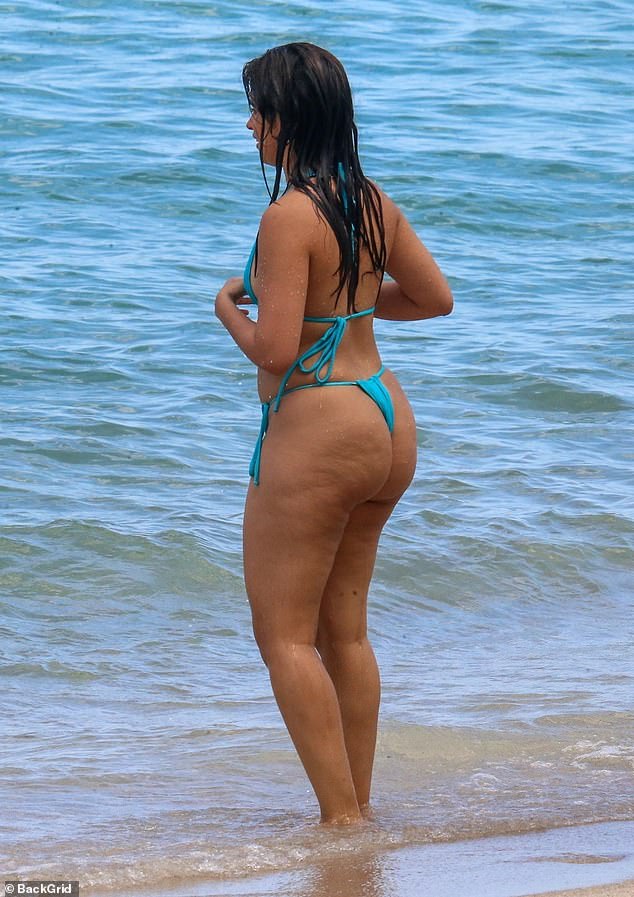 No wardrobe malfunctions: All the motion in the ocean forced Cabello to check her bikini a number of times to make sure it was ties tight enough 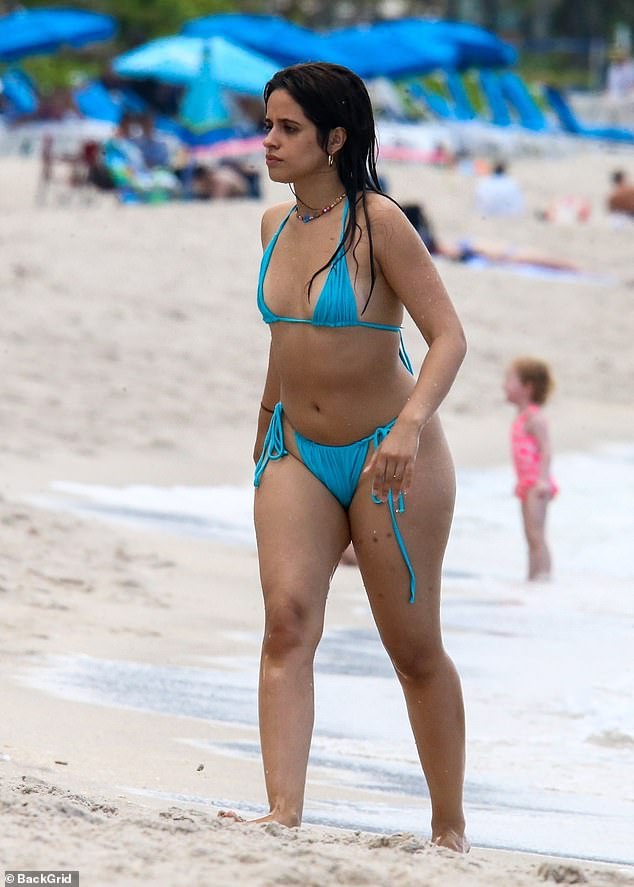 Solo lady: Cabelllo has been a single lady since her breakup from Shawn Mendes In November 2021, after more than two years as an item