He parted ways with his model girlfriend Hana Cross this summer.

And Brooklyn Beckham has been focusing on spending time with his family and friends since, partying at Tape nightclub in London on Saturday night.

The 20-year-old aspiring photographer was in high spirits as he chatted to fellow revellers in the smoking area, sharing a hug with a female pal at one point. 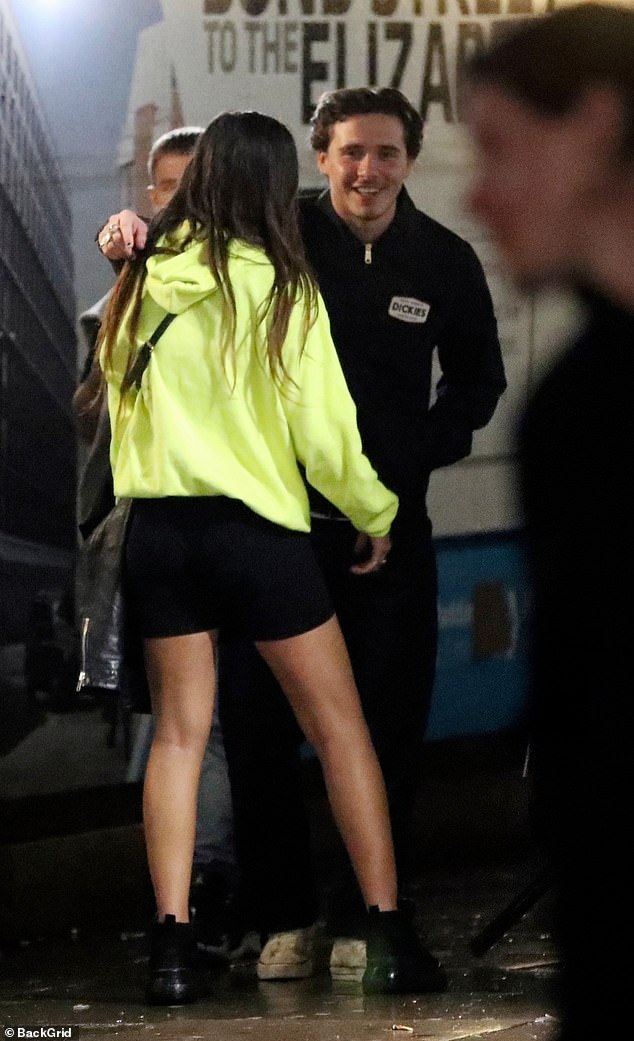 Partying in style: Brooklyn Beckham was spotted partying at Tape nightclub in London on Saturday night, joined by a female companion

Brooklyn was casually clad on his outing, rocking a low key hoodie and jeans as he partied in style.

He gave his companion a warm embrace outside the venue, smiling as they chatted together.

Brooklyn and Hana have not been seen together since their last outing at Wimbledon on July 14, and have unfollowed each other on social media.

An insider told MailOnline the pair have called it quits after eight months of dating, in the wake of a string of explosive public rows. 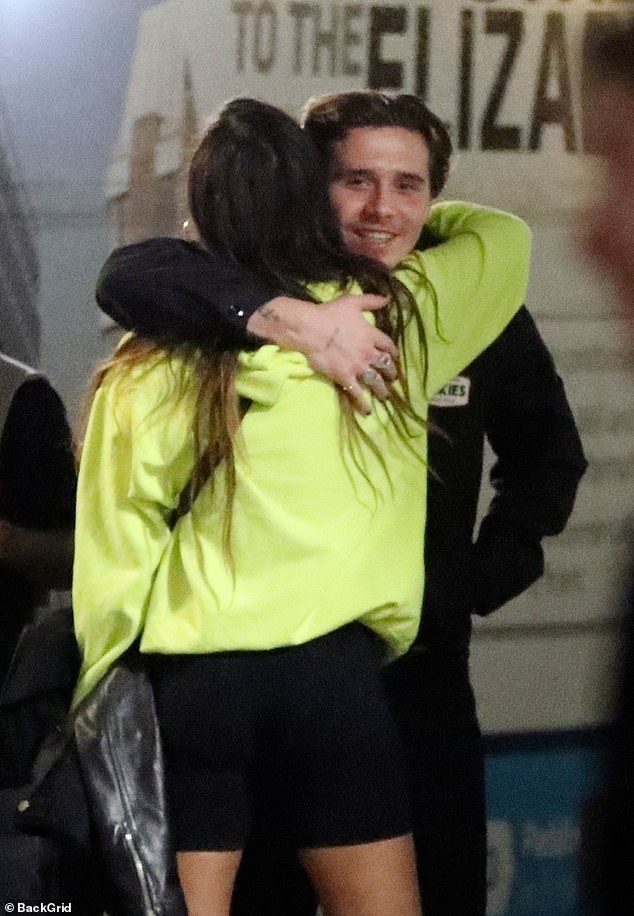 Living it up: The 20-year-old aspiring photographer was in high spirits as he chatted to fellow revellers in the smoking area, sharing a hug with a female pal at one point

Hana has been noticeably absent from the Beckham brood’s social media activity this summer, despite having joined Brooklyn for family engagements with parents David and Victoria in the past.

Brooklyn’s outing comes after he was seen spending time with his famous father David.

The former footballer, 44, posted an Instagram snap on Saturday of him and his eldest son flaunting their array of tattoos as they relaxed together in an outdoor bath. 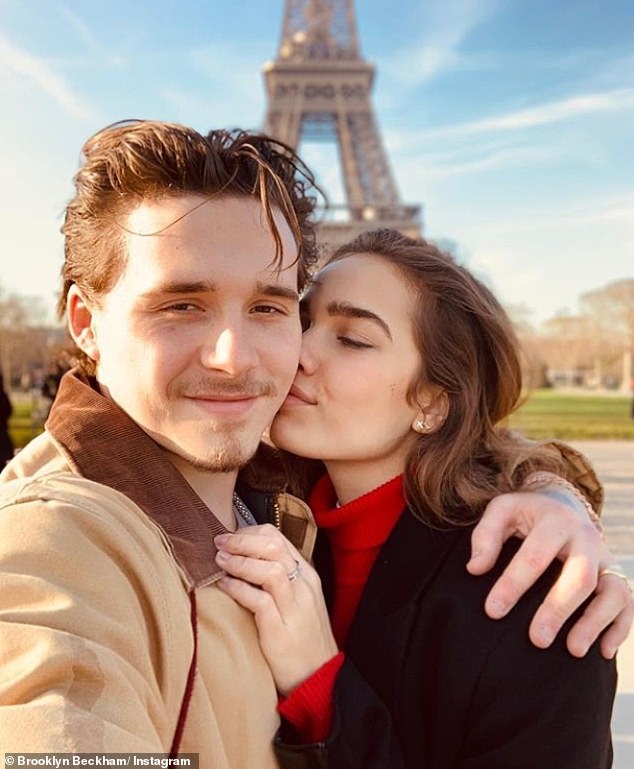 Calling it quits: Brooklyn parted ways with his model ex Hana Cross this summer after less than a year of dating 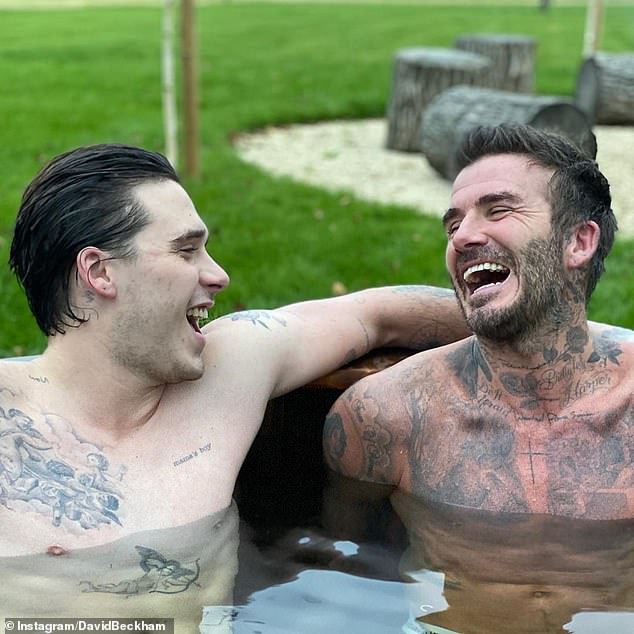 We’re not cold! Brooklyn and his dad David clearly both saw the funny side as they enjoyed an ice bath despite the significant chill in the air

Smiling Brooklyn had his wet hair slicked back and his arm resting behind his chuckling father, who somehow was able to maintain his current perfect look.

In the caption beside his post, David wrote: ‘Obviously something was funny about being in an ice bath in October.’

It comes after David recently revealed he insists on instilling work ethic in his children, telling them: ‘You’ll never get anywhere without making sacrifices.’ 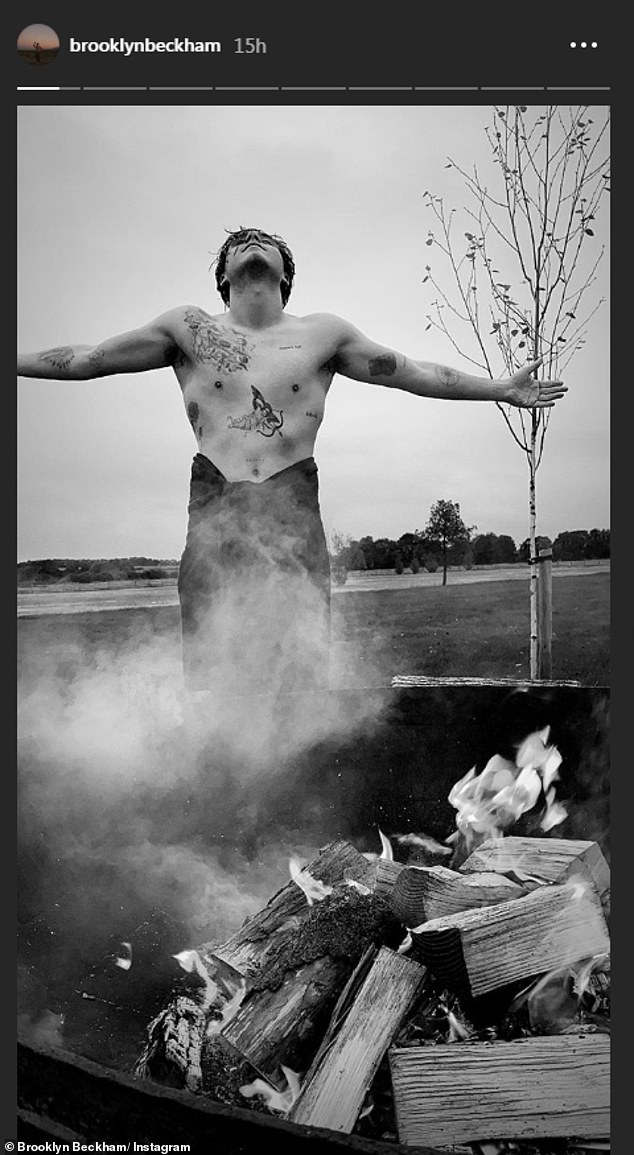 Getting warm! Brooklyn also shared a shirtless snap of himself as he posed in his towel by a roaring fire after the al fresco bath 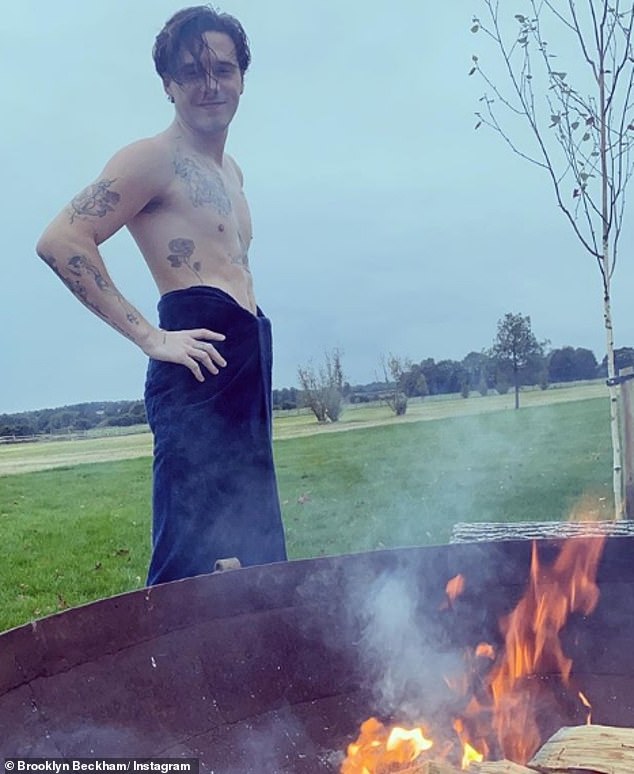 Having fun: Brooklyn happily smiled for a selfie while he posed alongside an outdoor fire

Brooklyn is an aspiring photographer, and Cruz is said to want to be a pop star like his mum Victoria.

David added: ‘I tell the kids they have to make choices, sometimes give things up. If your friends are going out on a Friday night, maybe you can’t.

‘Maybe you’ve got tennis practice the next day or you’re in the studio singing, like Cruz, or you’ve got a shoot, like Brooklyn. That’s where your focus needs to be.’ 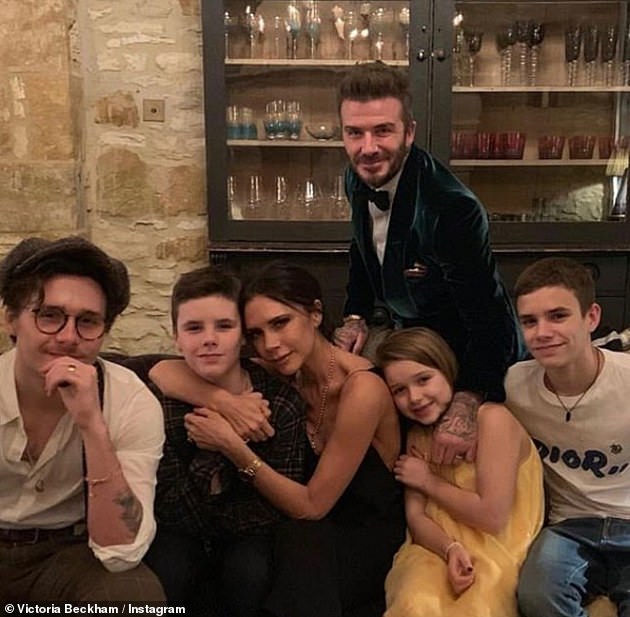 Family of six: It comes after David recently revealed he insists on instilling work ethic in his children, telling them: ‘You’ll never get anywhere without making sacrifices.’ (pictured with wife Victoria and children Brooklyn, 20, Romeo, 17, Cruz, 14, and Harper, eight)