Brooke Shields, 56, admits sex ‘evolved’ for her in her 40s as she reflects on losing her virginity, toxic relationships and owning her body

Brooke Shields has candidly discussed sex, relationships and owning her body, admitting that intimacy ‘evolved’ for her with age.

The actress, 56, revealed she is ‘continually learning how to love herself’ as she confessed that it wasn’t until she reached her 40s that sex became ‘my experience.’

Speaking to Yahoo Life, she said: ‘Sex for me it has really evolved. My 20s, I was always terrified of it, because I was a virgin until I was 22.’

Candid: Brooke Shields, 56, admitted sex ‘evolved’ for her in her 40s as she reflected on losing her virginity, toxic relationships and owning her body in a candid chat

Losing her virginity left the former model racked with guilt, as she continued to explain: ‘You know, I thought I was committing an offense to humanity for being a Catholic, not married, and I had so much guilt.’

The mother-of-two does not want her daughters, Rowan, 18 and 15-year-old Grier, to ‘feel ashamed’ of anything and hopes they will ‘feel more in control.’

Over the years Brooke has been linked to actors including John Travolta, Liam Neeson. She has been married to screenwriter Chris Henchy since 2001.

Prior to this she was married to former tennis player Andre Agassi, however they filed for divorce after less than two years of marriage. 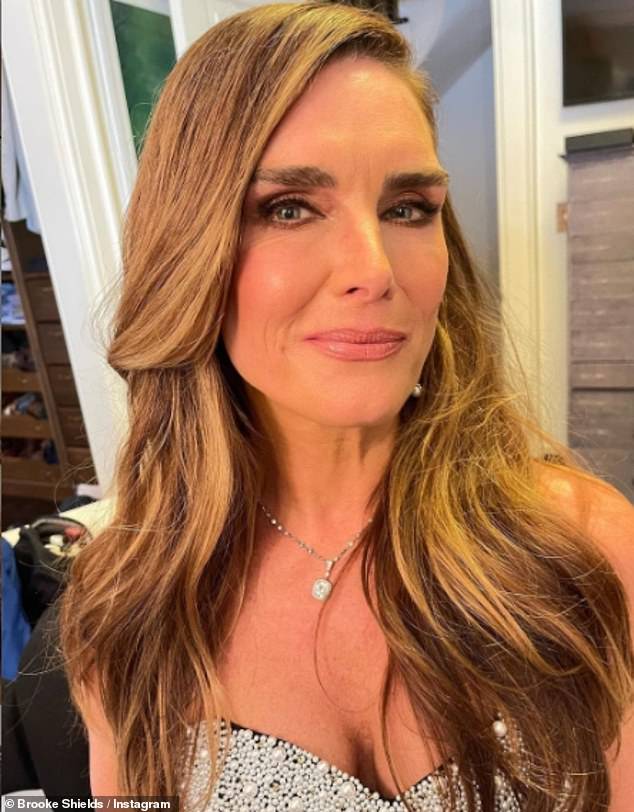 Opening up: The actress, 56, said she is ‘continually learning how to love herself’ and recalled how it wasn’t until her 40s that sex became ‘my experience’

‘It wasn’t until my 40s that I started thinking of sex as my experience, not someone else’s experience that I just navigated. What I want my daughters to know is that it’s a joint decision.

‘Even with as woke as everybody is, you’d be shocked at how they see themselves within relationships. I don’t want them ever to feel used,’ Brooke voiced.

Her forties did not come without hardships, however, as the actress went on to detail: ’40 felt that, all of a sudden, I was an adult. Fertility was changing for me. It was difficult for me to have children. I did IVF seven times.’ 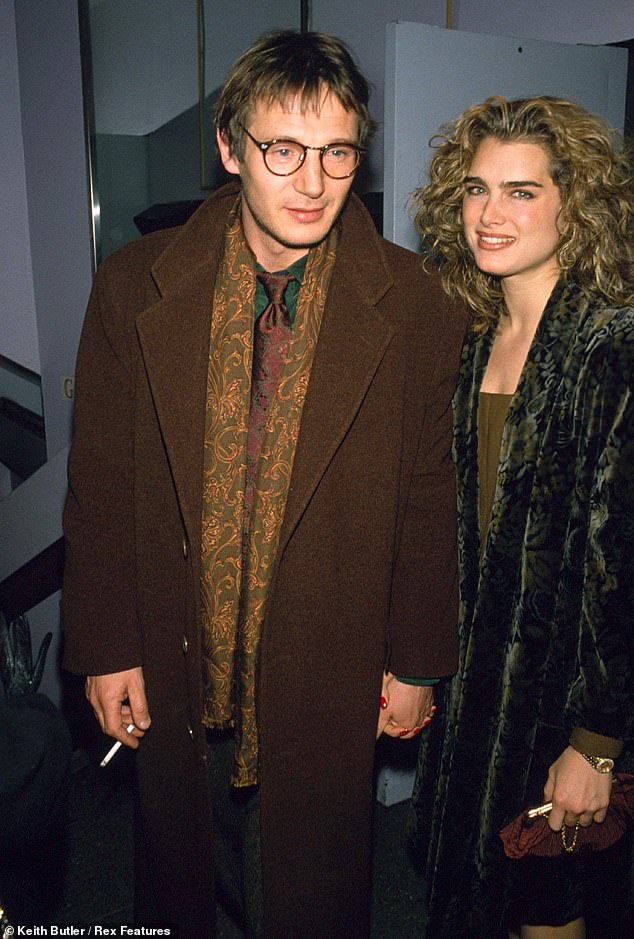 Former flame: Over the years Brooke has been linked to actors including John Travolta, Liam Neeson (pictured in 1992), and she was married to screenwriter Chris Henchy

Elsewhere, the Pretty Baby film star credited her producer husband and father of her two children Chris Henchy for ‘celebrating her.’

‘I do have a wonderful husband who celebrates me. He loves me at every stage, which I’m very blessed by,’ she gushed.

It comes after the Manhattan native hit out at Barbara Walters following a 1981 interview, in which she was grilled about her measurements and being sexualised when she was just 15.

During an appearance on Dax Shepard’s Armchair Expert podcast, she spoke of being ‘oversexualised’ in her controversial Calvin Klein campaign, in which she caused shockwaves for the ad’s provocative nature. 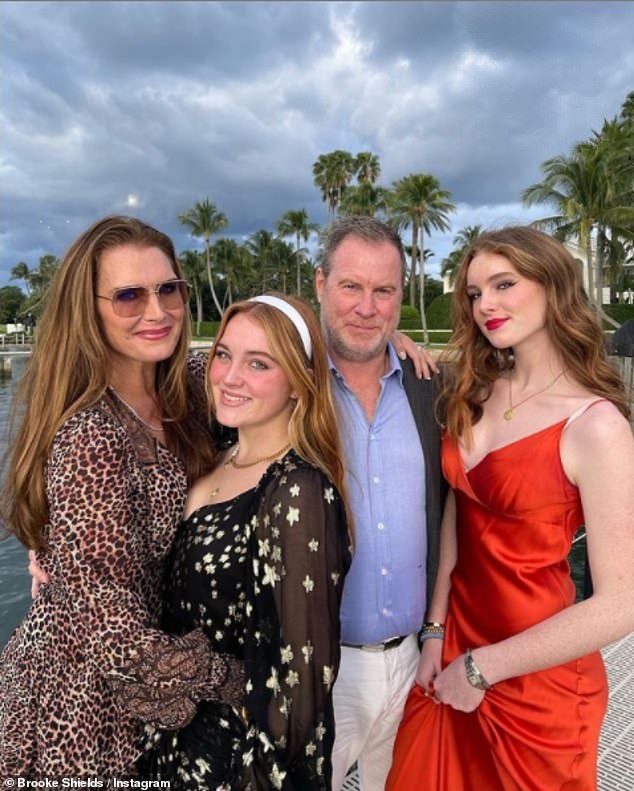 Family: Elsewhere, the Pretty Baby film star credited her producer husband and father of her two children Chris Henchy for ‘celebrating her’

Speaking of the interview, in which she was asked a series of intimate questions about her sexual history and her measurements by Barbara, an infuriated Brooke reflected: ‘It’s practically criminal. It is not journalism.’

In the interview, Barbara claimed her childhood was being stolen in a comment to Brooke’s mom Teri and about her body shape and statistics.

Brooke took part in the interview as part of her campaign for Calvin Klein, in which she was seen saying to the camera: ‘You want to know what comes between me and my Calvins? Nothing’ – causing an outcry of criticism.

Dax conceded that the shocking interview was enraging, as he added: ‘That Barbara Walters interview is maddening’. 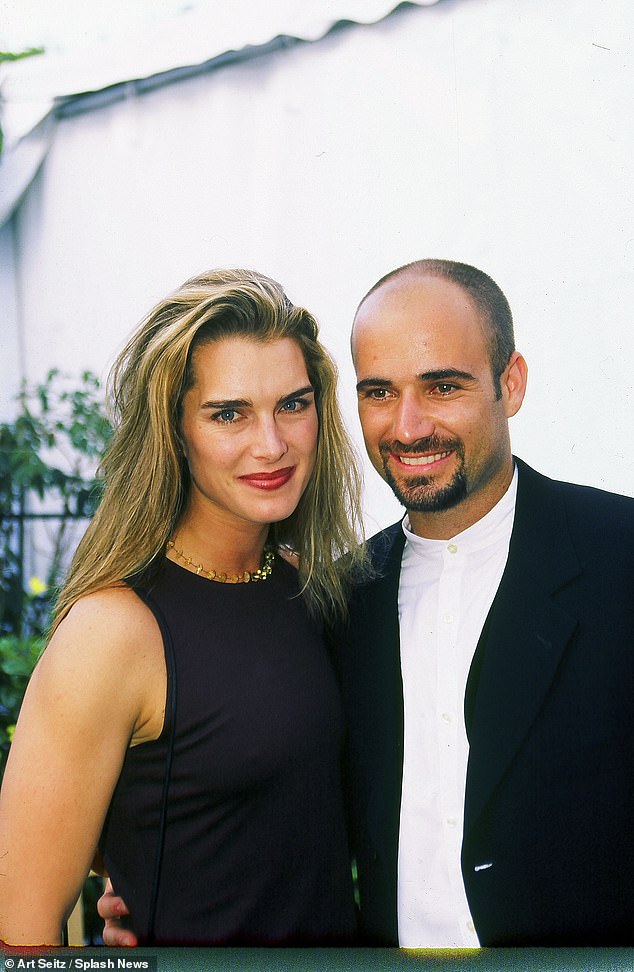 The ex-files: Prior to this she was married to former tennis player Andre Agassi, however they filed for divorce after less than two years of marriage

In the chat, Barbara asked her about her measurements, to which Brooke replied: ‘I’m 5ft10 and 120lbs’, before Barbara asked to stand next to her.

The host then said: ‘I think when people see you they don’t realise how tall and slim you are. We haven’t really seen you standing next to someone.’

She then probed Brooke and her mother about their relationship, saying: ‘Would you be a mother like your mother? What about the people who say she had no childhood’, to which she replied: ‘Well I’m still going through my childhood.’

Speaking to both Brooke and Teri, she said: ‘What about people who accuse you, sitting here? Is going through your childhood?’

Brooke replied: ‘I’d rather do this than not do it at all. I’m enjoying this, I think it’s an experience that I would not like to miss.’ 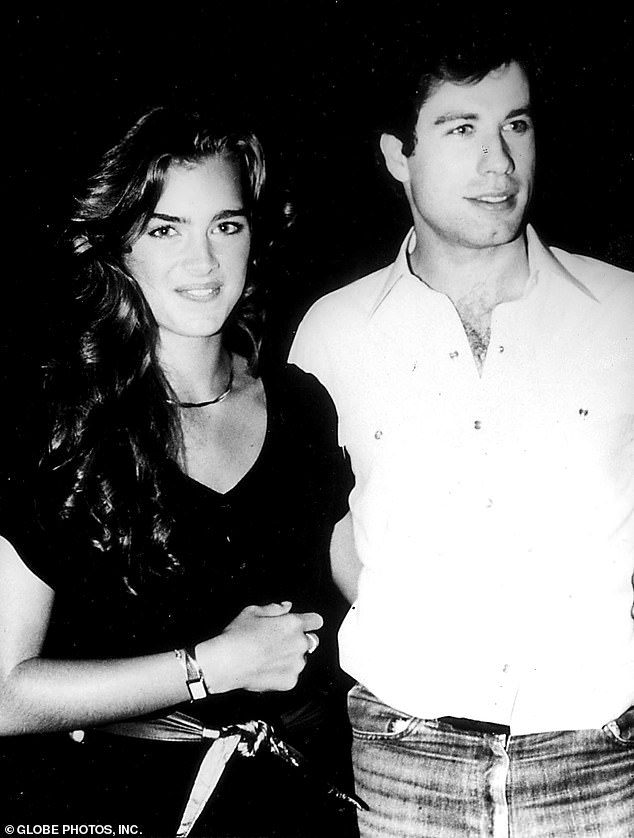 Brooke also revealed she was supposed to do a second campaign but was dropped once she started to become more synonymous with the jeans than the designer.

She explained: ‘It was supposed to be a two year contract and I was signed to do the next campaign and that didn’t happen and I came to realize, it was confirmed in a way that the identification of me with the jeans was more so than [Calvin]…

‘It almost backfired on them. It was almost as if people were coming in asking for the Brooke Shields jeans, and that was really not the goal.’

Brooke insisted she was ‘naive’ about the double entendre she famously uttered in the ads – insisting she was unaware of the nature of the comment.

In an interview with Vogue, Brooke said she was very ‘protected’ and ‘didn’t think it was sexual in nature’ — so she was ‘shocked’ when the media went crazy for it, accusing her of utilizing a control of her sexuality that she didn’t posses.

She said: ‘I think the assumption is that I was much more savvy than I ever really was… It didn’t faze me. [The line] didn’t sort of come into my psyche as it being anything overtly sexual, sexualized in any way’.

Brooke recalled how Calvin Klein approached her mother, Teri Shields, about getting Brooke in the ads, and she was just so excited for the opportunity.

She said: ‘When I was 15, I didn’t understand Calvin Klein in the way that he was sort of coming into the zeitgeist, it was more about Richard Avedon coming to my mom and saying, “We’re doing a series of very unique commercials,”‘

‘The shoot itself, no one was allowed on the set. I think, because Avedon, it was his foray into the commercial world. I think he was a bit nervous. Stakes were pretty high and I think there was a lot of pressure,’ she remembered.

‘The choreography was specific and intentional. Every little bit of it,’ she went on, reflecting on a specific pose in which she had one knee on the ground, the other knee resting on her foot, with her other foot in the air.

‘I was just so proud that they were trusting me with something that involved acting as well as just the visual. And it was either gonna strike and be part of the zeitgeist or it wasn’t,’ she said.

They shot several different ads, including the one that would go on to jump start her career — because of the implication that she wasn’t wearing underwear with her jeans.

‘If they had intended on the double entendre, they didn’t explain it to me,’ she went on. ‘It didn’t faze me. It didn’t sort of come into my psyche as it being anything overtly sexual, sexualized in any way.’ 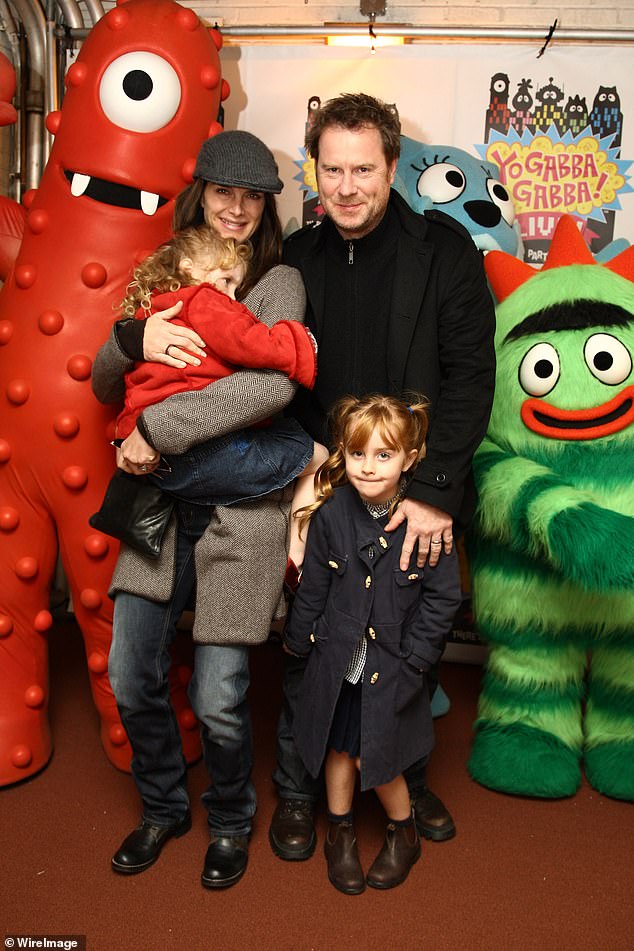 Family: Brooke and Chris with their two daughters in 2009