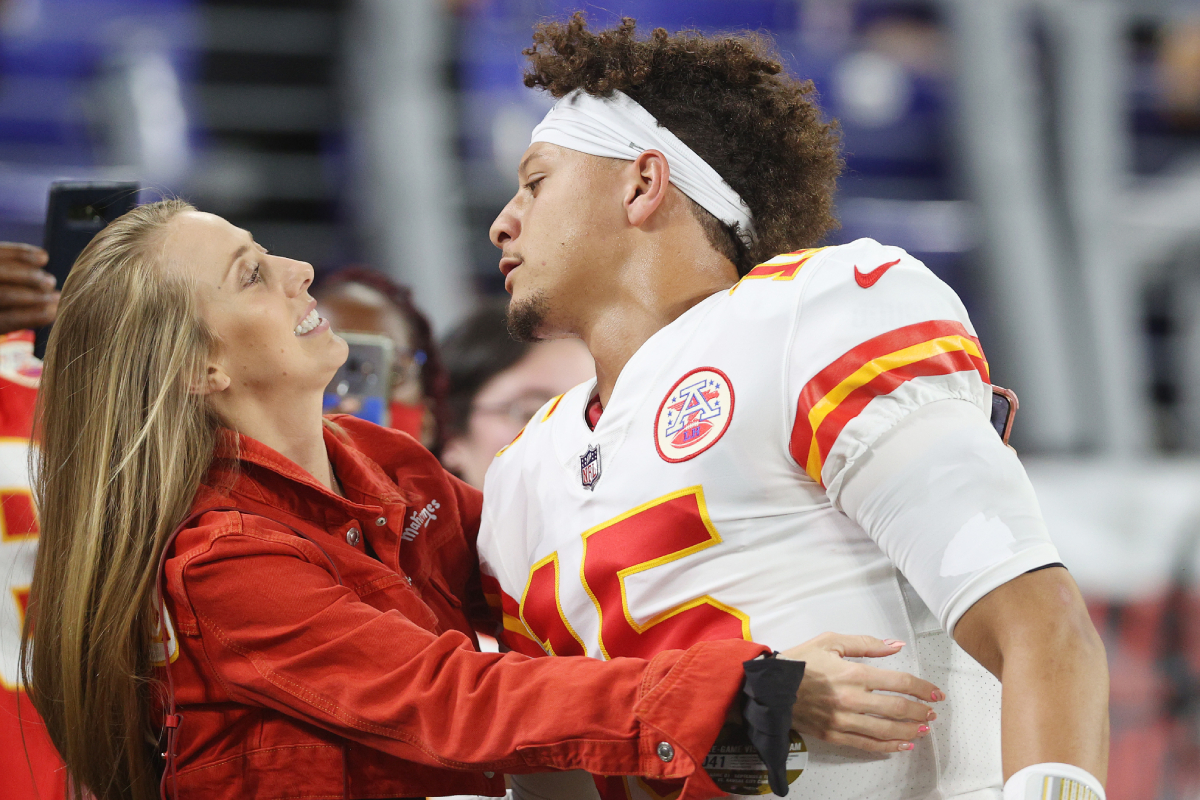 Brittany Matthews is ready to marry her high school sweetheart and become Mrs. Patrick Mahomes. The 26-year-old fiancée of the Kansas City Chiefs quarterback recently celebrated her upcoming wedding in jaw-dropping fashion — with an extravagant Queen of Hearts-themed bridal shower.

On Saturday, December 11, Matthews and her closest friends and family members celebrated the fitness trainer’s upcoming wedding. This bridal shower was definitely fit for the future wife of the highest-paid player in the NFL.

In a professional, highly-polished one-minute video that she posted on Instagram, Matthews is seen at her extravagant shower that featured red heart balloons and pillows, golden crowns, menus and treats in the shape of playing cards, and plenty of cocktails.

Matthews was dressed in a stunning white one-piece, strapless jumpsuit with fur on the neckline. She accessorized with white heels, hoop earrings, gold bracelets, and a massive engagement ring.

Her fellow Chief WAGS were invited

Matthews shared a photo of the three-course lunch menu from the event that featured the choice of crab cakes or Caesar salad as an appetizer. For the main dish, guests had the option of a miso-glazed salmon or braised short ribs. The group finished up their meal with a selection of “delicious desserts.”

Brittany Matthews and Patrick Mahomes have set a wedding date

Matthews and Mahomes have not yet revealed their wedding date. It’s possible they will try to keep that info private to avoid any unwanted guests and crashers.

Matthews did say on Instagram that she and Mahomes would be tying the knot in 2022. But she didn’t share any details. “We have a date & place,” she posted in March. 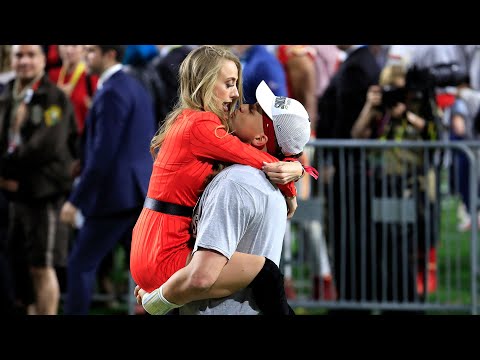 When she posted pics from her bridal shower, Matthews wrote in the caption, “Let the countdown begin✨💍🥂.”

Patrick Mahomes and his fiancée welcomed a daughter earlier this year

Matthews and Mahomes have been together since they were students at Whitehouse High School in Whitehouse, Texas. She moved to Kansas City with him when he was drafted by the Chiefs, and the couple started building their life together.

On the day that Mahomes received his Super Bowl LIV championship ring at Arrowhead Stadium in July 2020, he proposed to Matthews in one of the stadium’s suites.

Just a few weeks later, the couple announced that they had taken a “detour” to their wedding day and were expecting their first child. The couple welcomed their daughter Sterling in February 2021. Just a few days after Mahomes and the Chiefs lost Super Bowl LV.

Brittany Matthews has been documenting motherhood on social media

Mahomes and Matthews waited a few months before sharing photos of their daughter on social media. Once they decided to start showing baby Sterling off, Matthews started documenting her first year of motherhood.

In a candid Instagram post, Matthews shared that she was “emotional” on the last day of breastfeeding her daughter. She said she was “ready to be done,” but it wasn’t easy to stop.

In a follow-up post, Matthews said she had cut out dairy while she was nursing because of her daughter’s allergies. After feeding Sterling the last bit of milk that she had pumped, Matthews celebrated by indulging in chocolate milk and ice cream.