Britney Spears has claimed she was ‘forced’ into giving Diane Sawyer an interview in 2003 by her father and management, despite being in a vulnerable state at the time and not wanting to speak.

The troubled pop star posted a lengthy note to her Instagram account on Monday, where she called out legendary broadcaster Sawyer, 75, for making her cry, and for conducting the chat with a ‘you’re in the wrong’ agenda.

Spears, 39, famously burst into tears during the emotional interview, conducted after she had split with her boyfriend at the time, Justin Timberlake, as she was given an aggressive line of questioning from Sawyer. 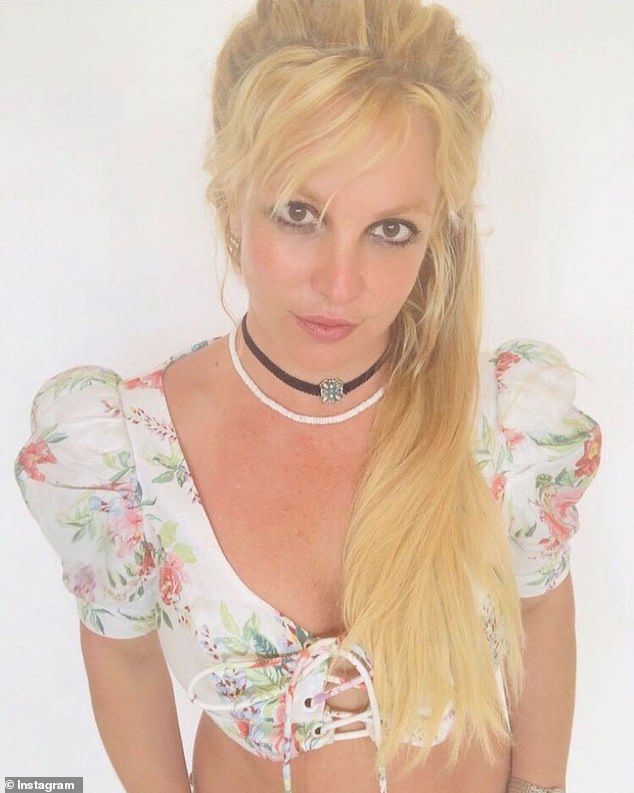 Speaking out: Britney Spears says she was FORCED to give controversial Diane Sawyer interview and slams the broadcaster for ‘making me cry’ in rambling new post

Sawyer grilled Spears over ‘what she did’ to cause the split, and confronted her with semi-naked pictures of the singer that she had posed for, which many fans see now as sex-shaming.

‘Do we dare forget the Diane Sawyer interview in my apartment almost 20 years ago???’ Spears fumed in her written notes on Monday. ‘What was with the “you’re in the wrong” approach ?? Geeze … and making me cry ???’

Sawyer famously pressed Spears on whether she was faithful to Timberlake, reading out quotes the singer had given where she had claimed to have slept with only one person. 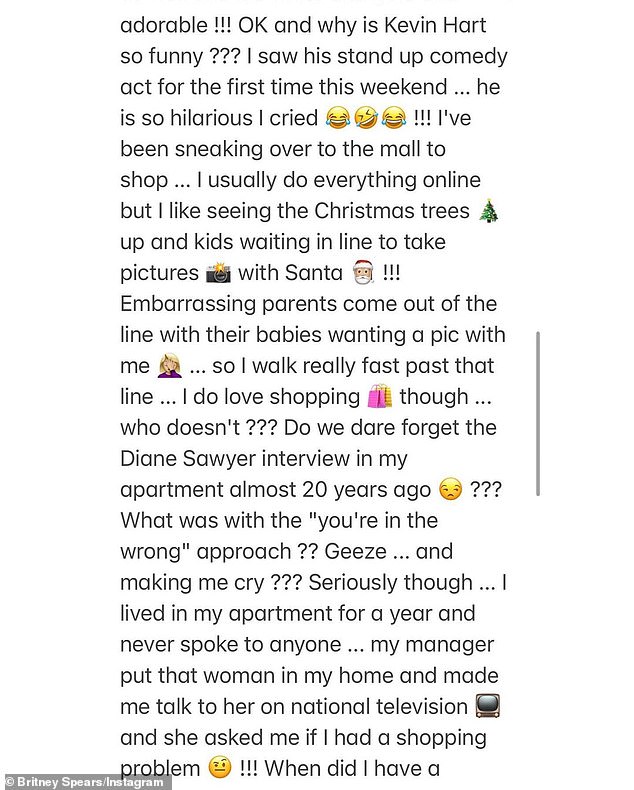 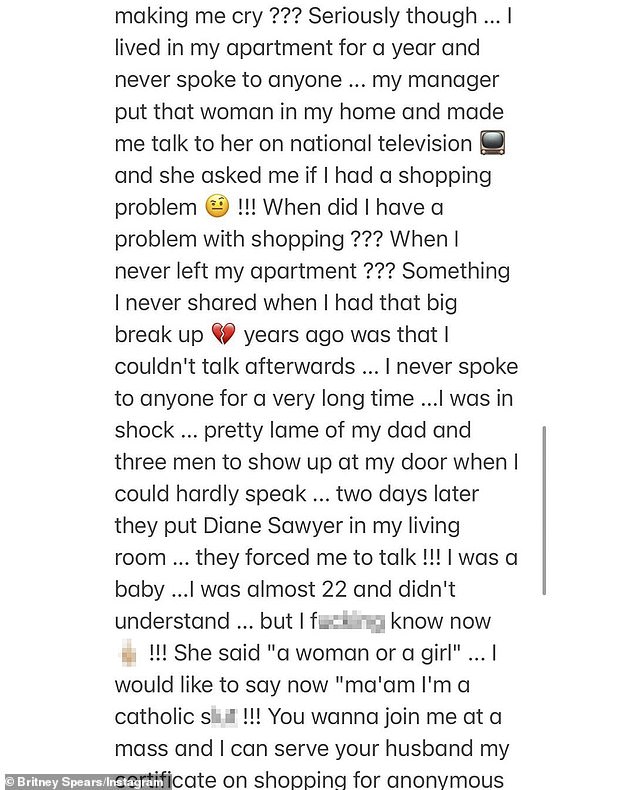 Tough times: It seems the pop star is remembering past trauma from her career 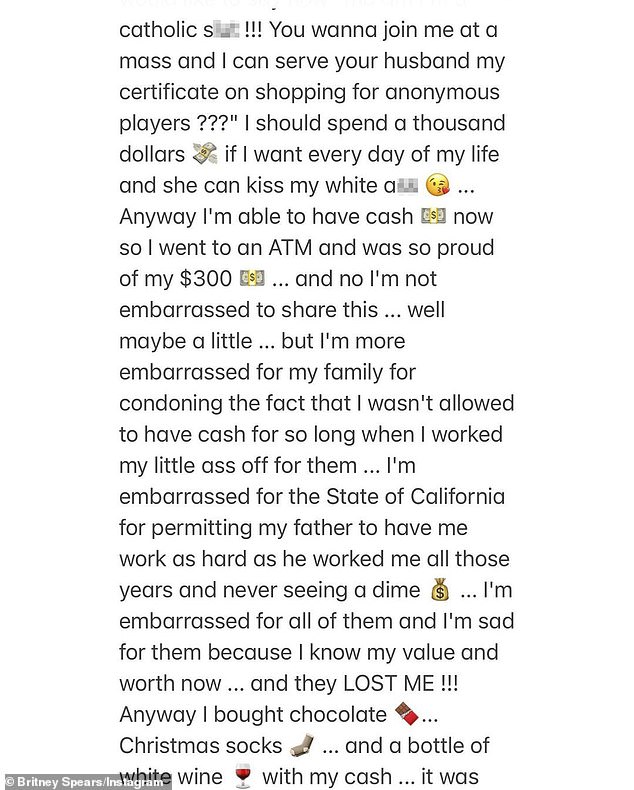 Taking back control: The topic is linked to the fact that Spears is now back in control of her finances 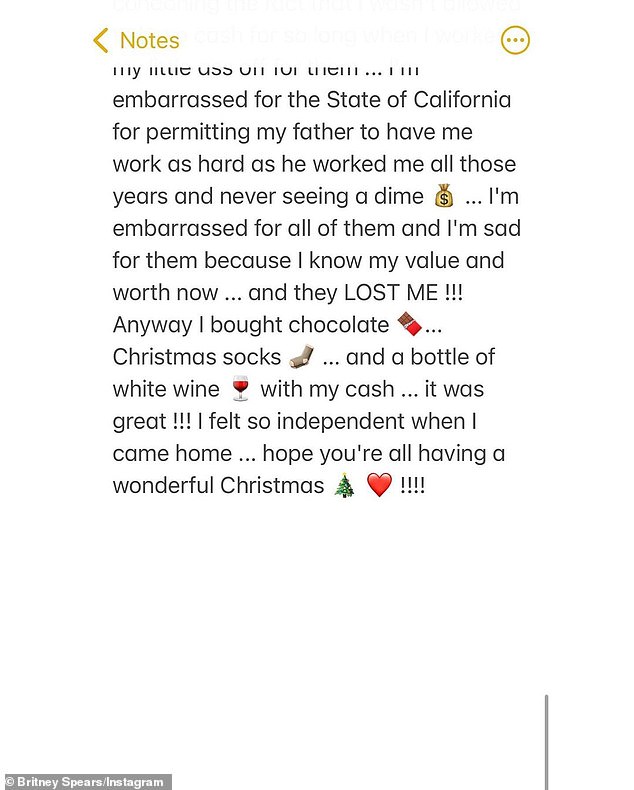 Too little too late: Spears says her family have now ‘lost’ her after the conservatorship battle

Giving context to how the interview was set-up, Spears claims that it was at a time when she was living alone in New York and had not wanted to speak to anyone after her ‘big heartbreak.’

‘I lived in my apartment for a year and never spoke to anyone,’ she explained. ‘My manager put that woman in my home and made me talk to her on national television and she asked me I had a shopping problem.’

Spears was recently given permission by a judge to manage her own finances after her 13-year-long conservatorship handled by her father was terminated. 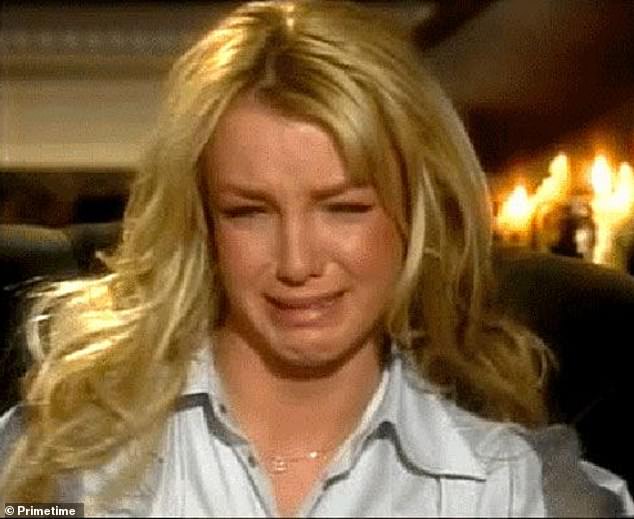 Uncomfortable viewing: A fragile and vulnerable Britney Spears was grilled by Diane Sawyer on national television when she was just 22 years old 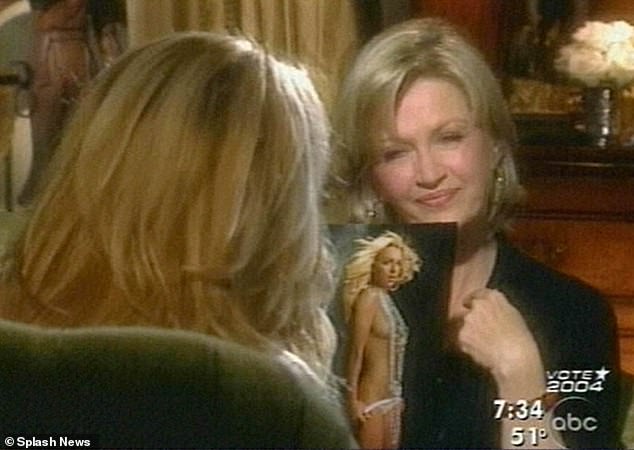 Causing upset: Diane confronted Britney with semi-naked images of herself to try and get a reaction out the vulnerable pop star 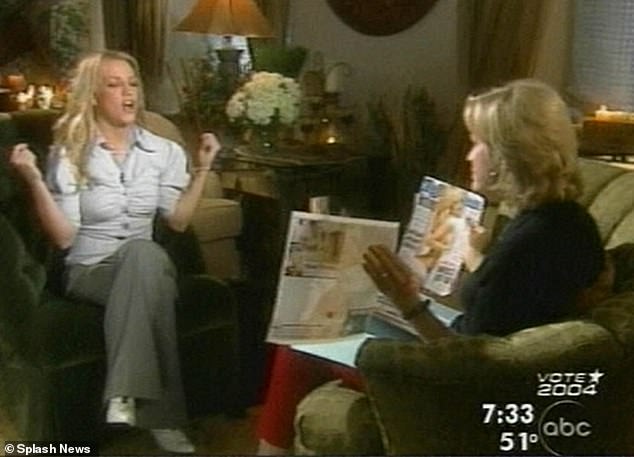 Tough: Britney has claimed she was living alone and did not want to speak to anyone when she was ‘forced’ to do the interview with Diane Sawyer

It seems as though this triggered the memory of Sawyer asking Spears if she had a ‘shopping problem’ despite not being in control of her finances throughout her career.

Spears continued: ‘When did I have a problem with shopping ??? Something I never shared when I had that big break up [heartbreak emoji] years ago was that I couldn’t talk afterwards…’

‘I never spoke to anyone for a very long time …I was in shock… pretty lame of my dad three men to show up at my door when I could hardly speak… two days later they put Diane Sawyer in my living room.’ 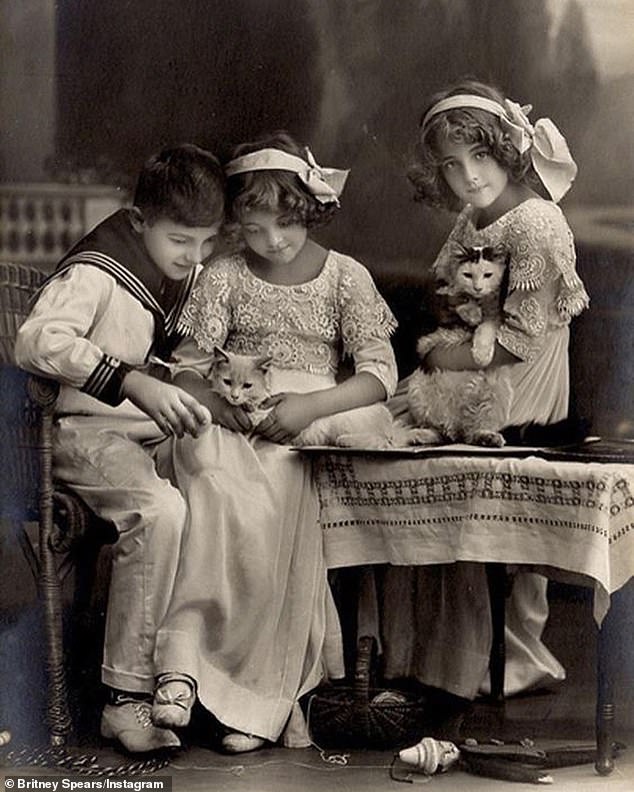 ‘I would like to say now “ma’am I’m a catholic s**t !!! You wanna join me at a mass and I can serve your husband my certificate on shopping for anonymous players ???”

‘I should spend a thousand dollars if I want every day of my life and she can kiss my white ass.’

Spears then shed some light on why she had gone on such a rant about Sawyer, as she revealed how ‘proud’ she was to finally be able to get her hands on her own hard-earned money.

‘Anyway I am able to have cash now so I went to an ATM and was so proud of my $300… and no I’m not embarrassed to share this … well maybe a little … but I’m more embarrassed for my family for condoning the fact that I wasn’t allowed to have cash for so long when I worked my little ass off for them,’ she said.

‘I’m embarrassed for the State of California for permitting my father to have me work as hard as he worked me all those years and never seeing a dime. ‘I’m embarrassed for all of them and I’m sad for them because I know my value and worth now … and they LOST ME !!!’