The ‘Baby One More Time’ hitmaker’s childhood pal and former husband visits her star on the Hollywood Walk of Fame as she fights with her estranged father over deposition.

AceShowbiz –Britney Spears seemingly maintains a good relationship with ex Jason Alexander. The “Oops!…I Did It Again” hitmaker has received a supportive message from her former husband amid her deposition drama with her estranged father Jamie Spears.

The pop star’s former spouse paid a visit to her star on the Hollywood Walk of Fame. Not stopping there, her childhood pal she was married to for just 55 hours in 2004, added a sparkling message about “self care” in his TikTok clip posted on Wednesday, May 25.

Prior to this, Jason showed his famous ex support by sharing a video of himself holding up a colorful arrangement of flowers. “Hand [picked] for @britneyspears,” he captioned the video he posted in April. He also played Kanye West‘s “Love Lockdown” in the background. 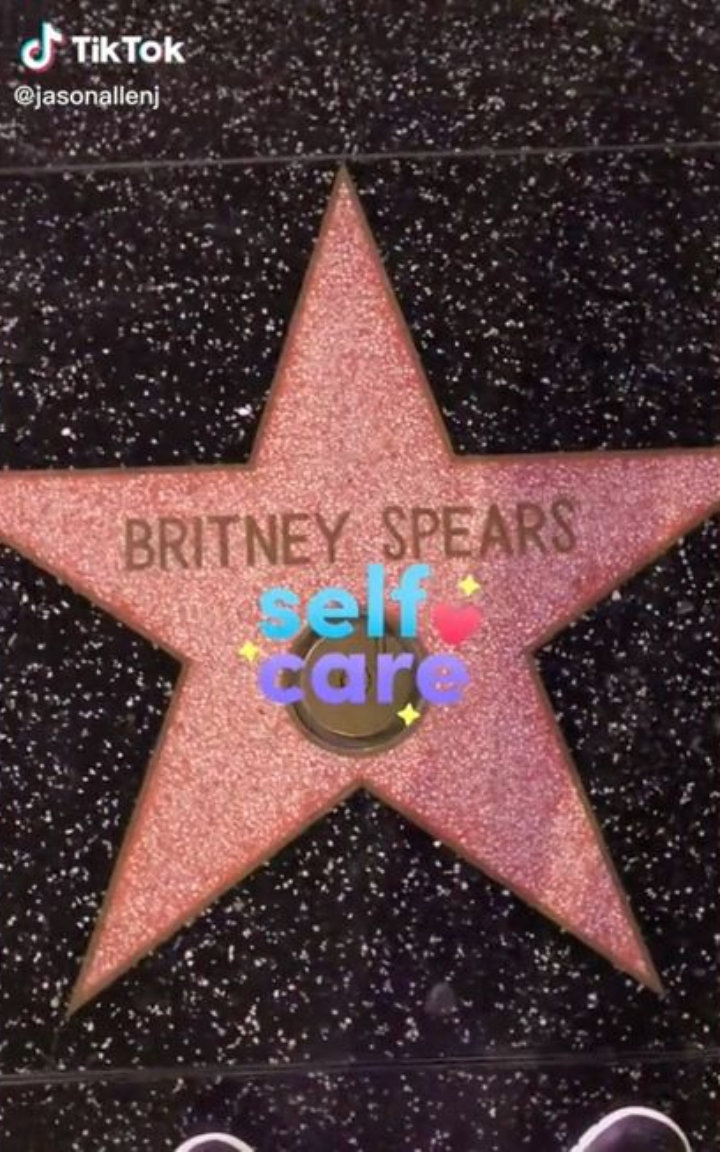 Jason Alexander shared a clip of him visiting Britney Spears’ star on the Hollywood Walk of Fame, adding a supportive message.

Jason said in August 2020 that he and Britney made efforts to stay in touch following their separation, revealing they were then in contact “pretty regularly.” He also spoke out at the time that he would continue to support his former flame when he was spotted attending a #FreeBritney protest in Los Angeles amid her conservatorship battle.

“I’m here to show support for the #FreeBritney movement and Britney,” Jason, who pled guilty in January to misdemeanor stalking and was subsequently given 11 months and 29 days of probation, said. “This is an unfortunate situation that’s been in her life for a long time. It’s affected me and her, and that makes me part of it. I’ve been quiet for 10 years, and I feel [like] what a good time to come forward now with the movement making noise and the conservatorship hearings going on.”

Although Britney’s 13-year conservatorship was terminated in late November, she and her legal team have since slammed her estranged father for allegedly avoiding his deposition. More recently, Britney’s attorney Mathew Rosengart filed a motion, accusing Jamie of “running” and “hiding” from the deposition. “Despite his demonstrably false claims that he has ‘nothing to hide’ and would therefore ‘hide nothing,’ James P. Spears has been running and hiding from his deposition and accounting for his misconduct, under oath, as required by law,” the docs stated.

“Indeed, while representing that he would ‘unconditionally cooperate’ and act with ‘complete transparency without conditions,’ Mr. Spears has engaged in stonewalling and obstruction, for over six months, dodging his deposition and repeatedly failing to respond to simple requests for basic information,” added Mathew.