At the start of the month, she lashed out at ‘rude and sad’ comments regarding her recently revealed relationship with Hollywood superstar Brad Pitt.

And Nicole Poturalski, 27, reminded fans why she caught the screen star’s eye on Friday, when she took to Instagram to share a snap of herself in a daring dress.

The German model looked sensational as she posed in a bright multi-coloured dress, which featured a large midriff cutout, allowing her to show off her toned abs. 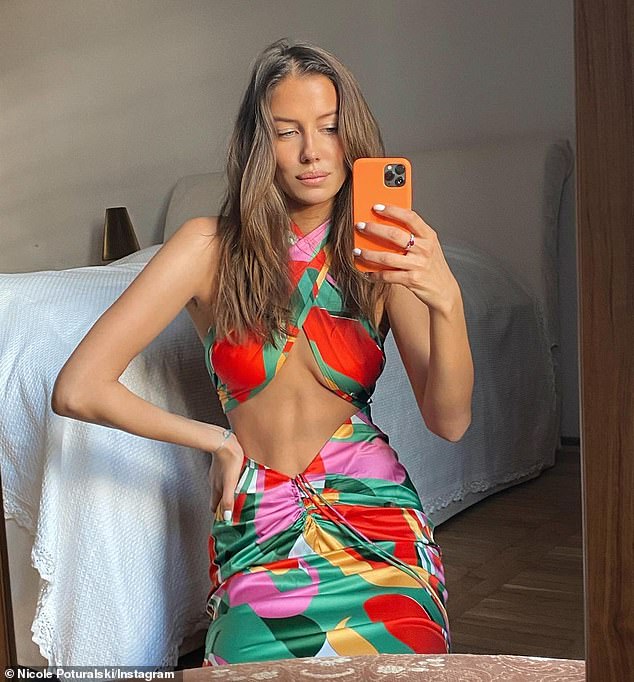 All things bright and beautiful: Nicole Poturalski gave fans quite the colourful treat on Friday morning, when she took to Instagram to share a snap of herself in a daring dress

The brunette beauty wore her glossy brown tresses in soft waves, while she kept her makeup light and natural as she posed for the scintillating selfie.

Several hours earlier, Nicole shared another selfie, which showed her posing up a storm in a skimpy snakeskin-print bikini, which boasted a lace-up feature.

Captioning her post, Nicole revealed that she was enjoying a luxury spa break and shared a snap of herself enjoying a soak in a pool, alongside the words: ‘Forever us.’ 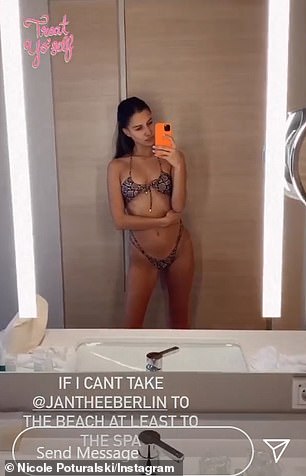 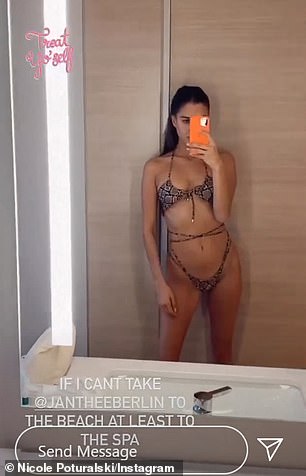 Swimwear: The night before, she showcased her model credentials as she posed up a storm in a snakeskin bikini while enjoying her luxury spa break in Berlin 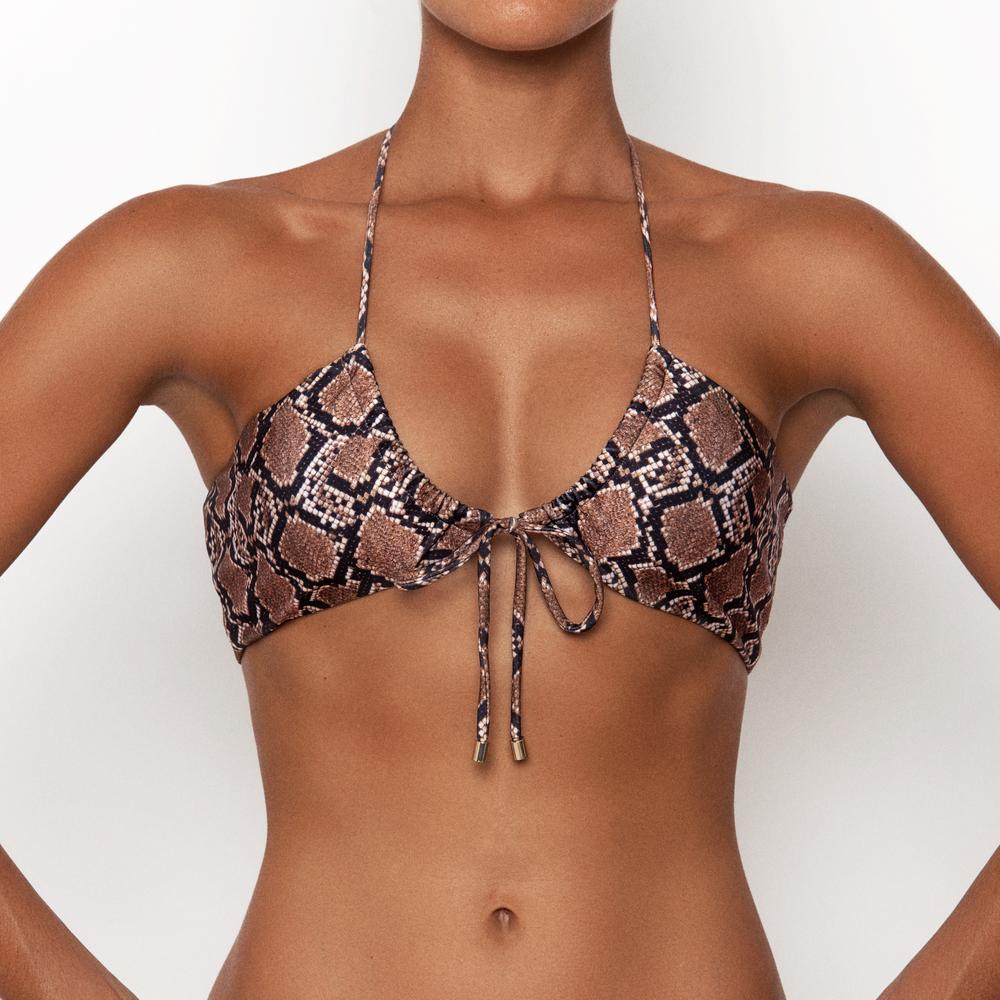 Taking to her Instagram Story, she penned: ‘If I can’t take @Jantheeberlin to the beach at least to the spa.’

Nicole also posted a snapshot of her luxury hotel room as she ate a healthy fruit plate in bed, which overlooked a breathtaking marina.

At the start of the month, Nicole posted a video to her social media account, questioning why she receives so much online hate.

The brunette beauty said: ‘I have been wondering since forever why people leave hateful comments? 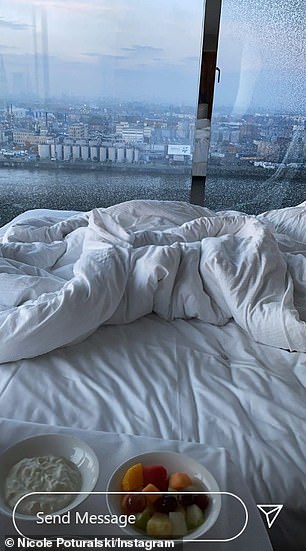 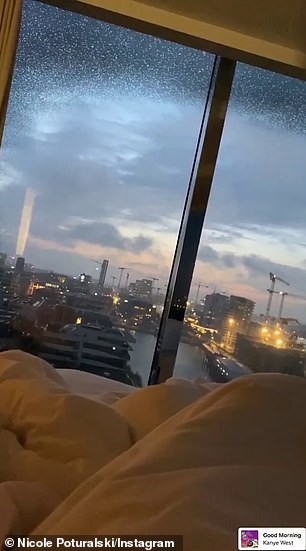 Stunning backdrop: Nicole also posted a snapshot of her luxury hotel room as she ate a healthy fruit plate in bed, which overlooked a breathtaking marina 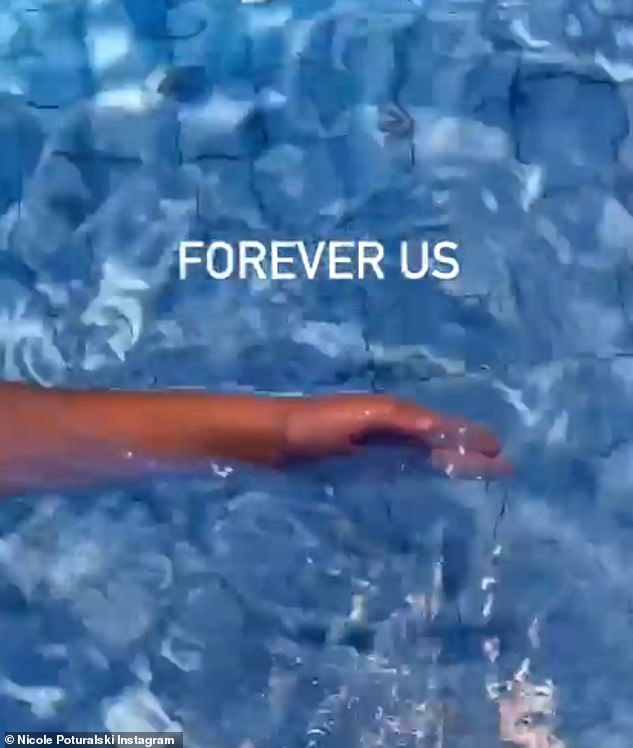 Swim: She shared a snap of herself enjoying a soak in a pool, alongside the words, ‘Forever us’ 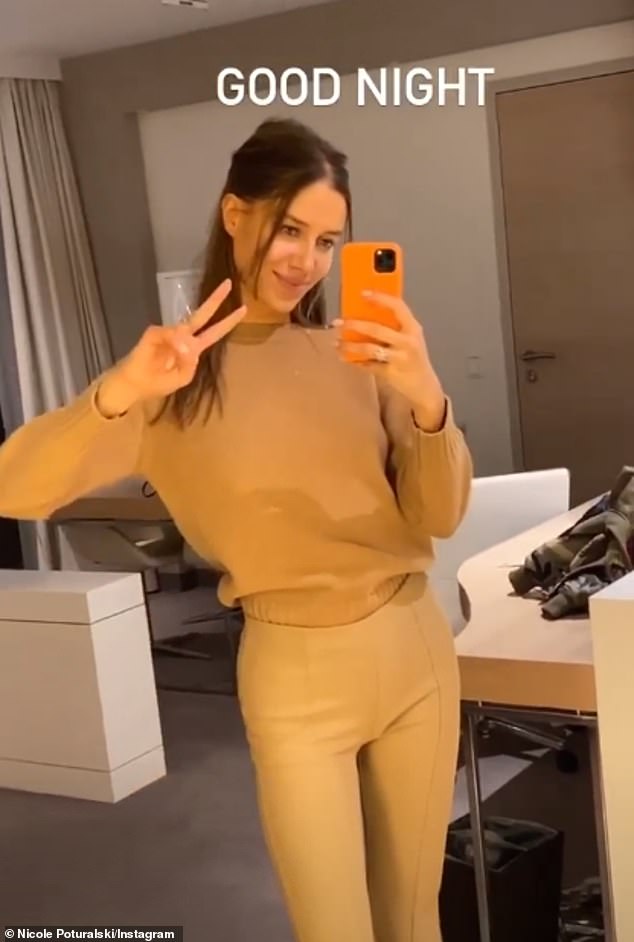 Outfit: Later that evening, she was seen posing in a stylish ensemble as she enjoyed her break

‘Why? What is your benefit? Just in general I want to understand the train of thoughts. Because I don’t get it. It’s just so rude and sad for those commenting.’

Brad, 56, and Nicole were first spotted together in November during a performance of Kanye West’s opera Nebuchadnezzar at the Hollywood Bowl.

The pair sparked relationship rumours when they were spotted arriving in the South of France on a private jet and visited Château Miraval, where he produces $390 (£300) Rosé champagne.

An insider revealed to US Weekly that Brad remains ‘realistic about the relationship’ since she ‘lives in Germany’ and he ‘has a very complicated family situation that he is trying to get sorted out. 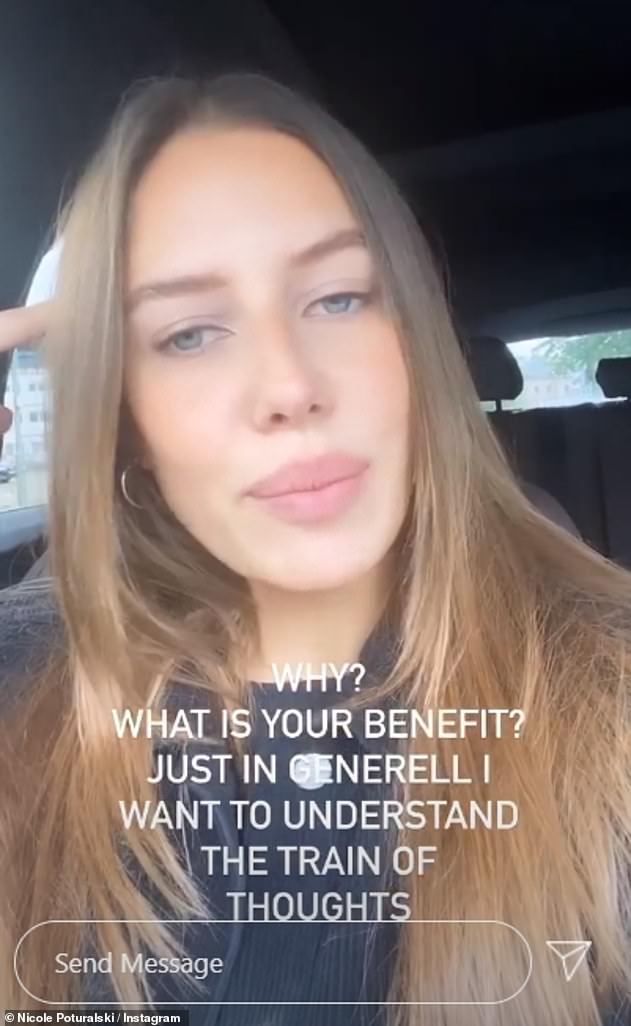 Respond to the backlash: Earlier this month, the model hit out at ‘rude and sad’ trolls who send her hateful comments over her relationship with Brad Pitt 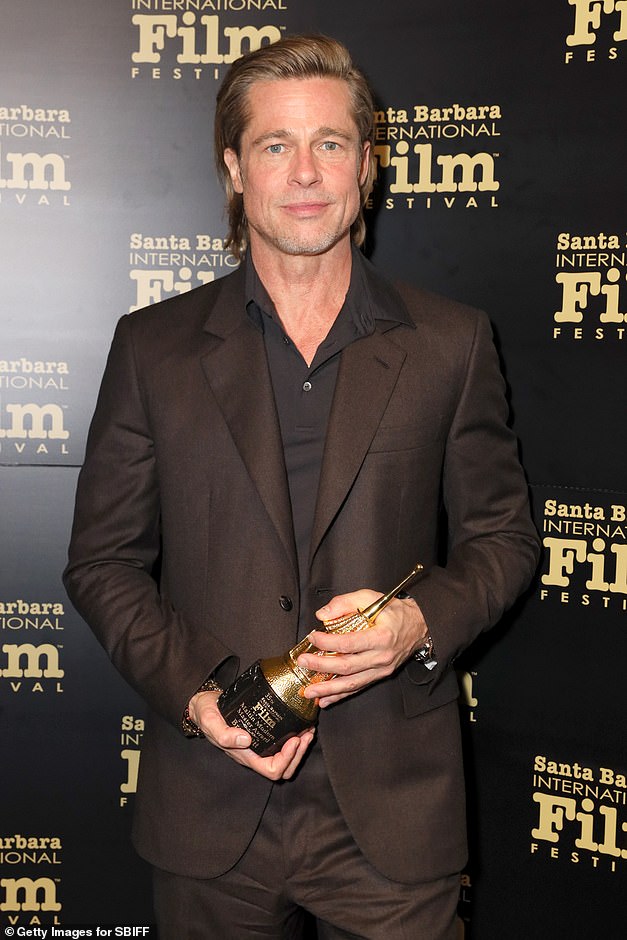 The boyfriend: Brad Pitt, 56, and Nicole were first spotted together in November during a performance of Kanye West’s opera Nebuchadnezzar at the Hollywood Bowl