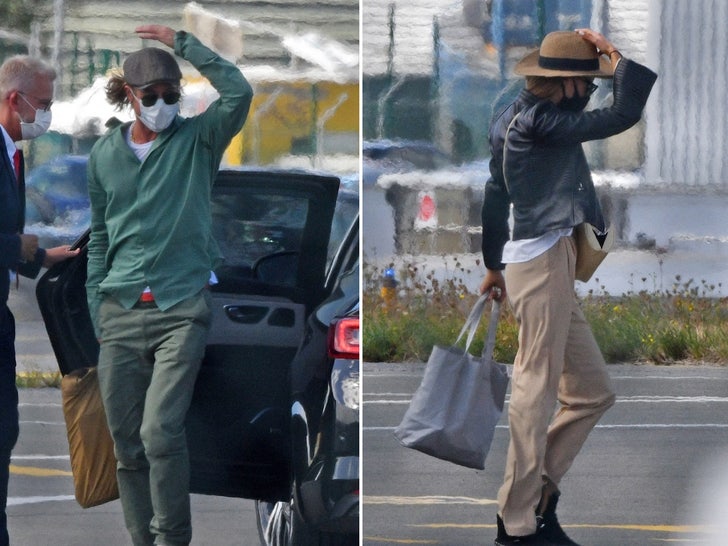 Brad Pitt is flying private on a trip to the south of France … and he’s got quite the new companion on what is shaping up to be a super romantic getaway.

The “Once Upon a Time in Hollywood” star made a low key arrival at France’s Le Bourget airport Wednesday, accompanied by stunning German model Nicole Poturalski.

Brad and his rumored new flame wore face coverings and dressed casually as they boarded a private plane to the South of France.

As we reported … the Oscar winner wasn’t focused on the dating scene back in March, shooting down rumors he was seeing Alia Shawkat or getting back together with Jennifer Aniston after a warm embrace at the SAG Awards. Not the case.

But, Nicole’s different … she’s the only one jet-setting with Brad.