Bono and his wife Ali Hewson put on a cosy display as they walked arm-in-arm in the French town of Saint-Paul-de-Vence on Wednesday.

The U2 rocker and activist Ali, both 61, were spotted leaving the La Colombe d’or restaurant after dining out together. 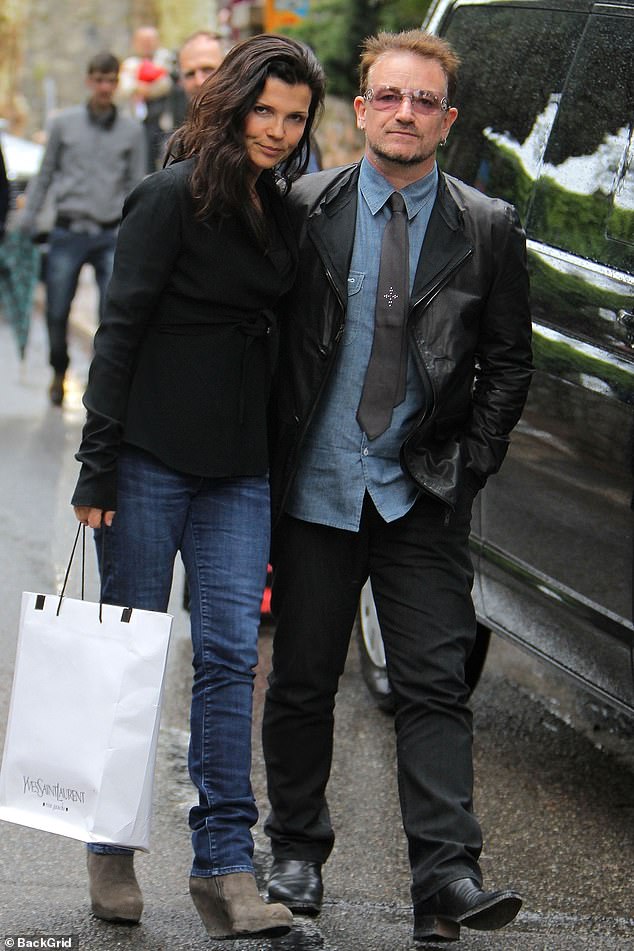 Loved-up: Bono and his wife Ali Hewson, both 61, put on a cosy display as they walked arm-in-arm in Saint Paul de Vence in France on Wednesday

He added to his look with a pair of black trousers and a matching pair of leather boots with distinctive Cuban heels.

The Irish star had on a black leather jacket and wore a pair of tinted glasses for his outing.

Meanwhile Ali wore a black jacket which she teamed with a pair of blue denim jeans and some suede heels. 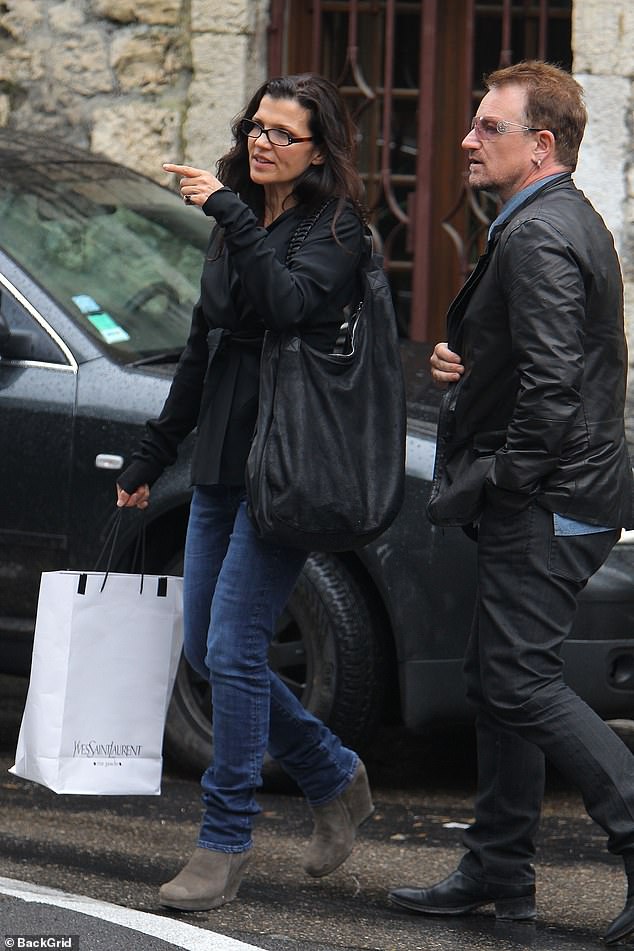 Out and about: The U2 rocker and activist Ali were spotted leaving the La Colombe d’or restaurant after dining out together

She carried a large white Yves Saint Laurent bag in her hand after doing a spot of designer shopping earlier in the day.

Bono’s outing comes after his band U2 was criticised by former Oasis frontman Liam Gallagher, who said the ‘boring’ group should get ‘into a bit more naughty stuff’.

Liam was recently hailed as ‘one of the last remaining rock stars’ by Foo Fighters frontman Dave Grohl, a statement the Everything’s Electric hitmaker agreed with. 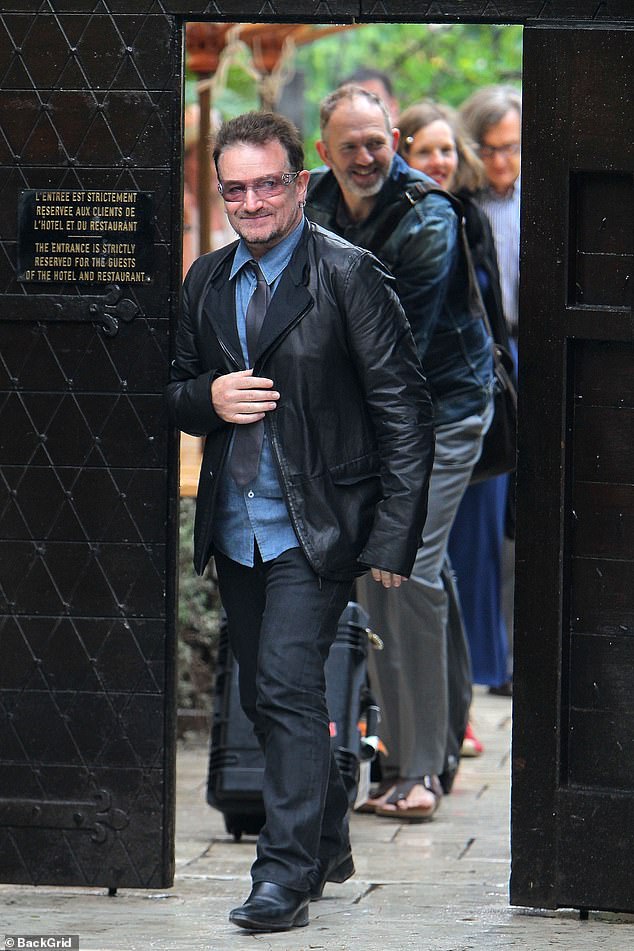 He responded on Twitter: ‘He’s correct the rest of them are useless.’

And the Some Might Say singer later elaborated on what he believes it takes to achieve true rock star status and taken the opportunity to take another cheeky swipe at U2 – who he previously hailed as ‘toff rock’.

Speaking to Loudwire Nights host Toni Gonzalez, Liam said: ‘I mean, not all of them are [useless], but the majority of them are. 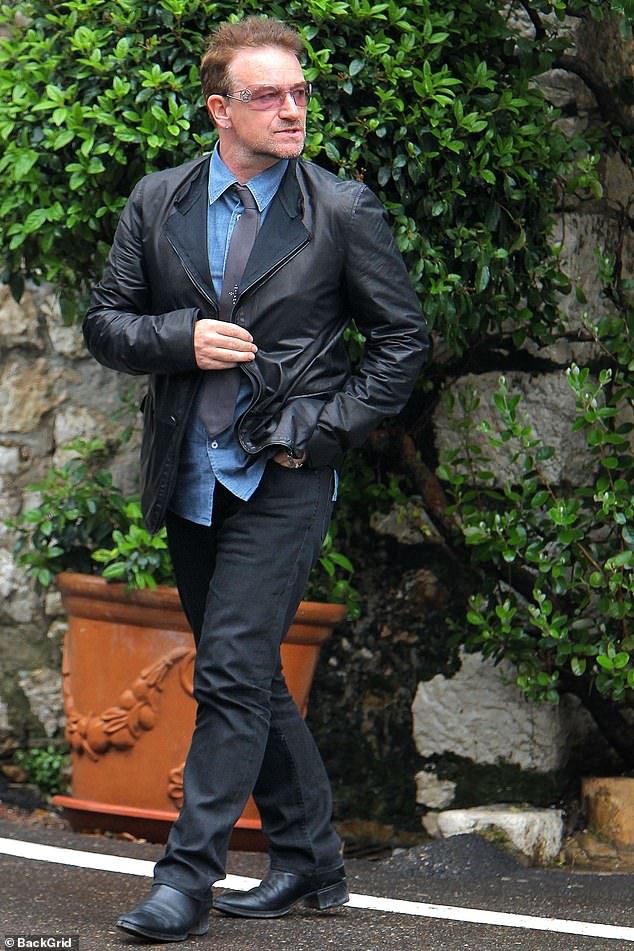 Fighting talk: Bono’s outing comes after his band U2 was criticised by former Oasis frontman Liam Gallagher, who said the ‘boring’ group should get ‘into a bit more naughty stuff’

‘The ones that think they’re rock stars are not, they … just live a very boring f****** life, and I think rock ‘n’ roll deserves a little bit more than just making music, you know what I mean?

‘You gotta get out there and get yourself — you just gotta live an exciting life. It’s like U2, they pass themselves as a rock ‘n’ roll band, but what the? Come on, man, I’ve never seen f****** Bono , I mean I’ve never seen any of them do anything remotely rock ‘n’ roll.’

The 49-year-old star – whose arch-nemesis sibling and former Oasis bandmate Noel, 54, is close pals with U2’s Bono – insisted rock stars need to have an ‘attitude’ and not be snowflakes. 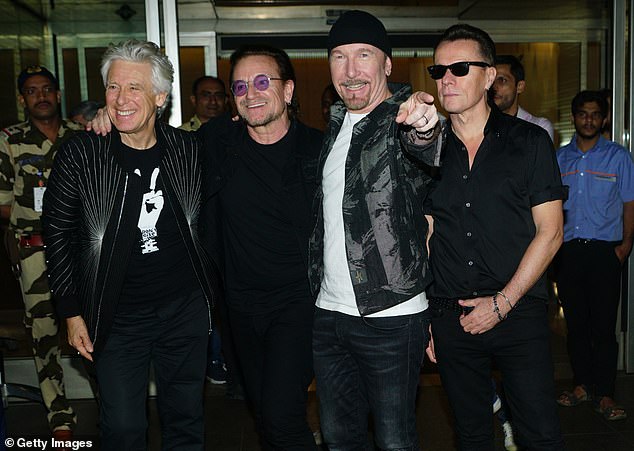 Music makers: Bono is the lead vocalist for U2 (L-R Adam Clayton, Bono, the Edge and Larry Mullen Jr in 2019)

‘Obviously, you’ve got a certain degree of, your tunes have gotta be decent enough, but I think attitude goes a long way. 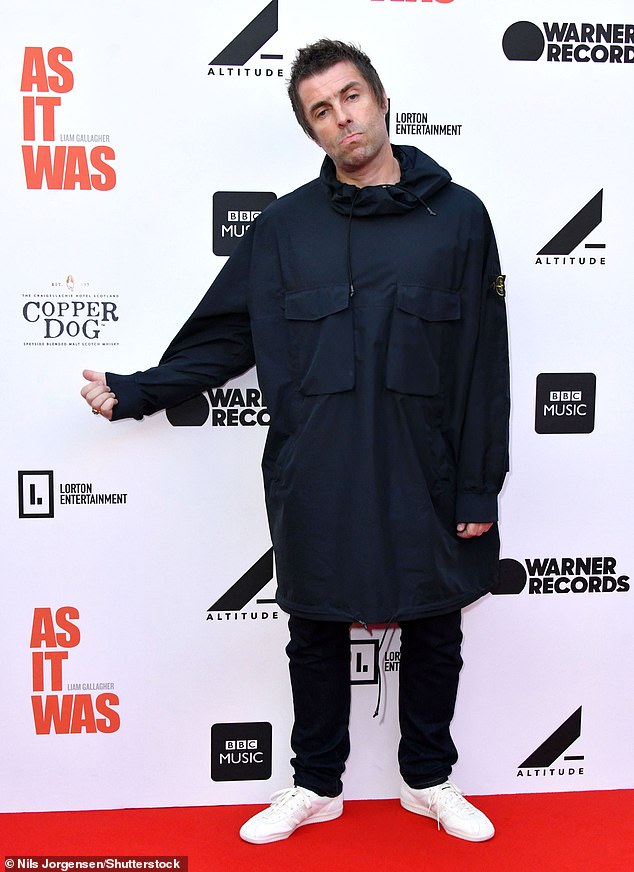 Speaking out: Former Oasis frontman Liam took a cheeky swipe at U2 – who he previously hailed as ‘toff rock’ (pictured June 2019)