Scarlett Johansson talks about her daughter Rose, seven, and whether she gets along with little brother Cosmo, four months

Sing 2, the sequel to the wildly success animated musical-comedy, is slated to premiere in the U.S. on December 22.

And as the promotional push steps up, two of the stars, Bono and Scarlett Johansson, appeared on The Ellen DeGeneres Show, which airs on Tuesday, December 14.

Seeing that the first film was a big hit with children, DeGeneres wanted to learn more about the family lives and children of both Bono and Johansson. 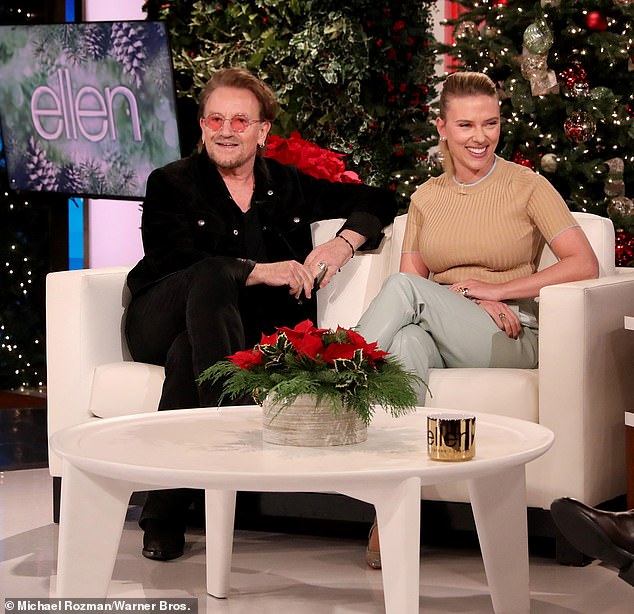 Promo mode: Bono, 61, and Scarlett Johansson, 37, hit the promotional trail together for the upcoming animated comedy-musical Sing 2, with a visit to The Ellen DeGeneres Show

The two-time Oscar-nominated actress, 37, chats about her 4-and-a-half-month-old son, Cosmo, and reveals whether he gets along with his seven-year-old sister, Rose.

‘…She’s pretty neutral about, yea, it which I think is a good thing,’ she shared.

‘She’ll come home talking a mile a minute and I have to remind her to say hi to your brother,’ she added, before mimicking how Rose will do a quick hello to Cosmo and begin talking about her day again to her mother.

‘I think being seven is pretty psychedelic,’ the actress said in reference to her daughter’s age. ‘I feel like my memories of being seven are kind of psychedelic.’

DeGeneres responded by sharing how she doesn’t remember being seven, which she quickly followed by by joking about not being able to remember what she did yesterday. 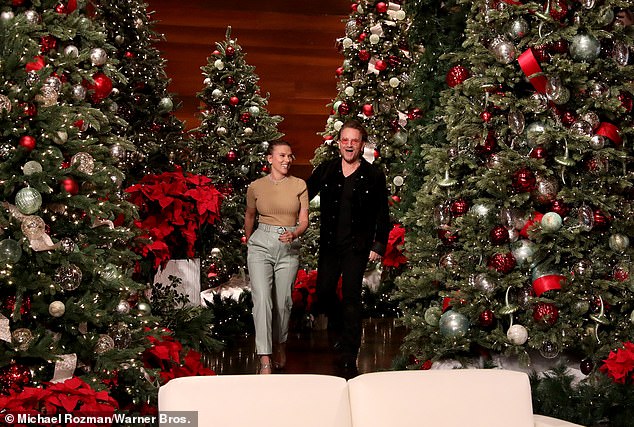 All about the kids: Seeing that the first film was a big hit with children, DeGeneres wanted to learn more about the family lives and children of both Bono and Johansson.

When asked about his children, Bono (born Paul David Hewson) started off sharing about his 20-year-old son John Hewson.

‘He’s kind of like the boss of the family, the U2 frontman confessed, adding, ‘He’s got one leg left. He’s going to college.’

Bono went on to share about his 22-year-old son Elijah, ‘who’s off around the world when he can’ because he’s ‘in a band,’ Inhaler, which Ellen called ‘a great band.’

‘He wants to burn down the pop charts for rock and roll,’ the proud father, 61, added, while offering a first pump into the air. 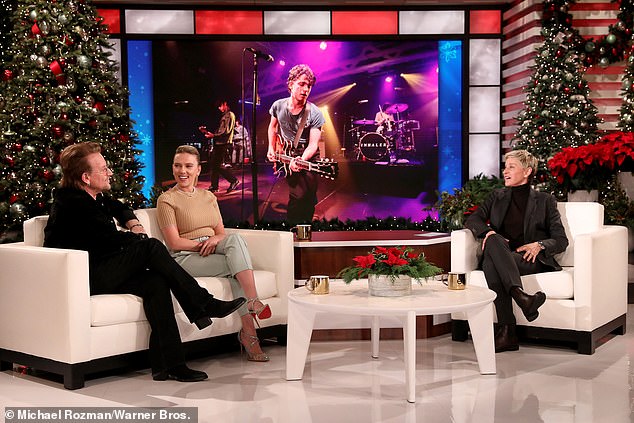 Proud parents: After Johansson talked about about her 4-and-a-half-month-old son, Cosmo, and whether he gets along with his seven-year-old sister, Rose, Bono spoke proudly of his 22-year-old son Elijah and his rock band, Inhaler

The Elevation star quickly mentioned the success his daughter Eve, 30, has had with her acting career, and daughter Jordan, 32, who he said will probably one day ‘run the United Nations.’

The subject eventually turned to marriage and how Johansson has been married for about a year to Saturday Night Live star Colin Jost, while Bono and his wife Ali Hewson will celebrate their 40th wedding anniversary next August.

‘Just knowing somebody for that long intimately is crazy,’ Johansson said, in admiration of Bono and Ali.

The actress then asked, ‘Do you still discover new things about each other?’

‘Yea, she’s hard to know. She’s a mysterious figure,’ the Beautiful Day singer said of his wife, in a complimentary way, which both Johansson and DeGeneres admired. ‘There’s a lot to learn about her still. Yea, we’re still finding out more and more about each other. Most of it is good.’ 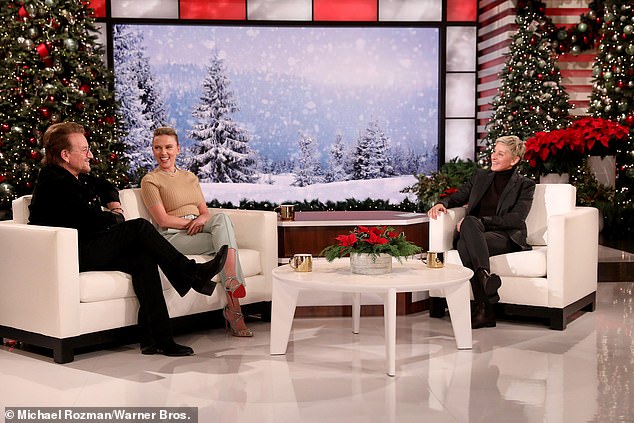 Marriage milestone: The two-time Oscar-nominated actress marveled at learning Bono and his wife Ali Hewson are going to celebrate their 40th wedding anniversary next August: ‘Yea, she’s hard to know. She’s a mysterious figure,’ the Beautiful Day singer said of his wife, in a reference to the benefits of keeping some mystery in a relationship

The two stars went on to talk about voicing their roles in Sing 2, in which Scarlett plays Ash, a teenage porcupine punk rocker, and Bono joins the cast as Clay Calloway, a white-maned aged lion who was once a rock star legend until his wife passed away.

They actually share vocal duties together in the film, doing a cover of U2’s classic hit I Still Haven’t Found What I’m Looking For, which impressed all the guys of U2, which Johansson said made her life ‘complete.’

Again, the interviews can be seen in full by tuning into the Ellen DeGeneres Show on Tuesday, December 14. 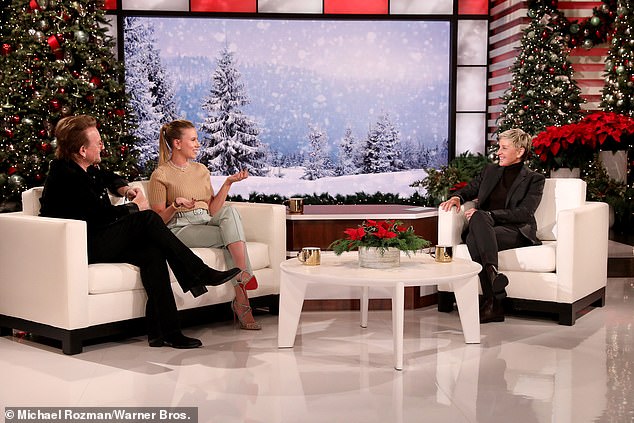 Catch the episode; The two stars of Sing 2, which premieres in the U.S. December 22, also chat about singing together for the film; the full interview can be seen when the episode airs on Tuesday, December 14