The black woman who will be the next 007: Bond star Lashana Lynch looks fierce as she is pictured for the FIRST time on the No Time To Die set in Italy

It was revealed earlier this year that Lashana Lynch will be the next agent to take on the role of 007 in the James Bond franchise.

And Lashana Lynch appeared to confirm the speculation as she was pictured on the set of the latest Bond film – No Time To Do – in Italy on Wednesday.

The actress, 31, who will now be known by Bond’s old code name, looked every inch the MI6 agent as she donned a navy spy suit and wore a gun strapped to her leg. 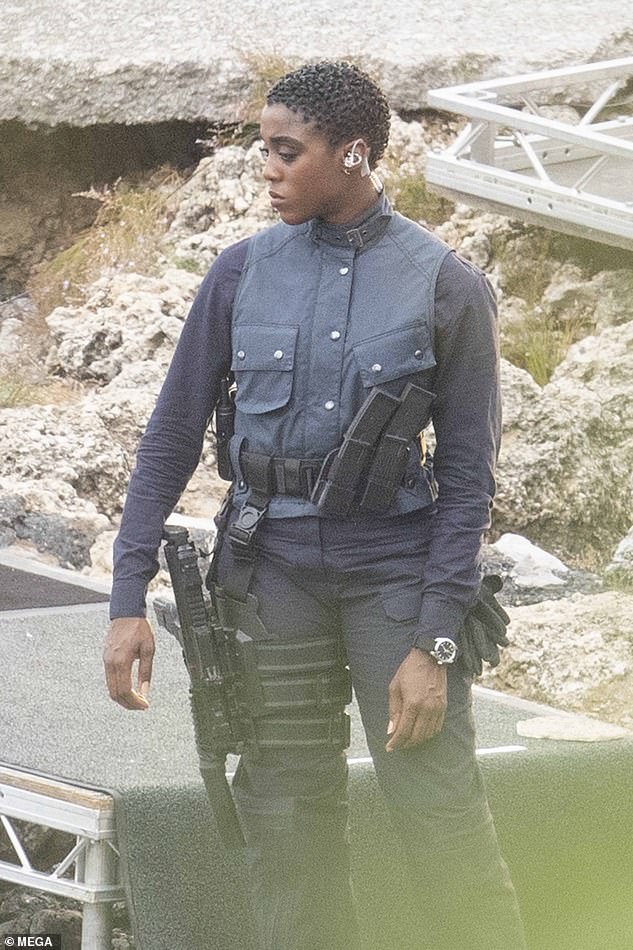 Exhilarating: The ‘next 007’, played by Lashana Lynch, was pictured stalking down the beach as she was spotted on the set of No Time To Die for the first time on Thursday

Lashana transformed into character by also sporting a pair of chunky black worker boots and wearing an earpiece, no doubt to make communication with the intelligence team easier.

Between takes she was spotted chatting to a member of the crew, as she appeared a far cry from her serious role while joking around with the female team member.

In what’s been called a ‘popcorn-dropping moment’, British star Lashana, will be given Bond’s licence to kill in the 25th movie in the franchise, currently being shot in both Italy and the UK.

However, it was previously suggested that she’s not the new Bond, but a new character who takes over his secret agent number after he leaves MI6. 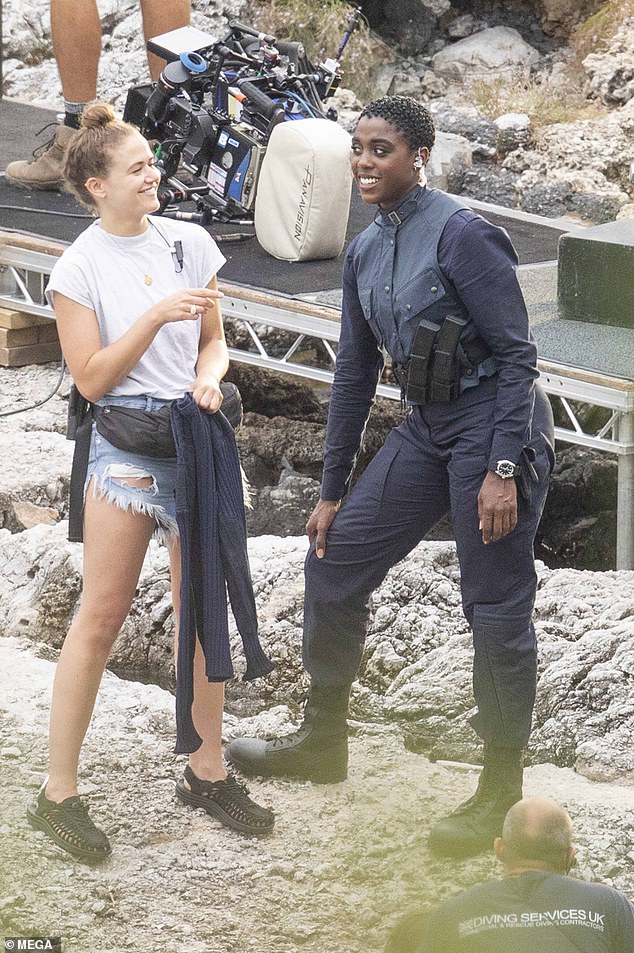 Exciting times ahead: Between takes she was spotted chatting to a member of the crew, as she appeared a far cry from her serious role while joking around with the female team member

The story begins with Bond retired in Jamaica. But spymaster M – played by Ralph Fiennes – calls him back in desperation to tackle a new global crisis.

A movie insider said: ‘There is a pivotal scene at the start of the film where M says ‘Come in 007’, and in walks Lashana who is black, beautiful and a woman.

‘It’s a popcorn-dropping moment. Bond is still Bond but he’s been replaced as 007 by this stunning woman.

‘Bond, of course, is sexually attracted to the new female 007 and tries his usual seduction tricks, but is baffled when they don’t work on a brilliant, young black woman who basically rolls her eyes at him and has no interest in jumping into his bed. Well, certainly not at the beginning.’

The source added that the phrase ‘Bond girls’ is now forbidden, saying: ‘We were all told that from now on they are to be addressed as ‘Bond women’.’

Waller-Bridge, who wrote the BBC comedy Fleabag and the female-led thriller Killing Eve, was recruited to ensure the 57-year-old franchise moved with the times. She said: ‘There’s been a lot of talk about whether or not Bond is relevant now because of who he is and the way he treats women. 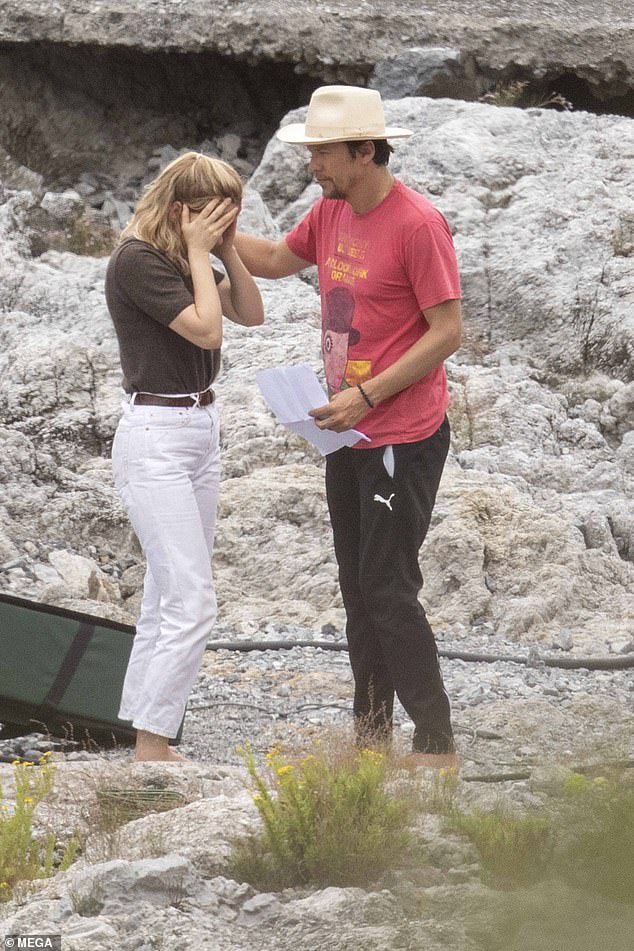 Head in hands: Léa Seydoux was consoled by director Cary Fukunaga as she filmed James Bond’s No Time To Die

‘I think that’s b******s. I think he’s absolutely relevant now. [The franchise] has just got to grow. It has just got to evolve, and the important thing is that the film treats the women properly. He doesn’t have to. He needs to be true to his character.’

Lashana had a breakthrough role as the fighter pilot Maria Rambeau in Captain Marvel, released earlier this year.

Originally from Hammersmith, West London, she made her debut in the 2011 drama Fast Girls, has appeared in Silent Witness and Death In Paradise and was a regular cast member on the short-lived 2015 BBC show Crims.

She also played Rosaline Capulet in the American period drama series Still Star-Crossed, set after the deaths of Romeo and Juliet. 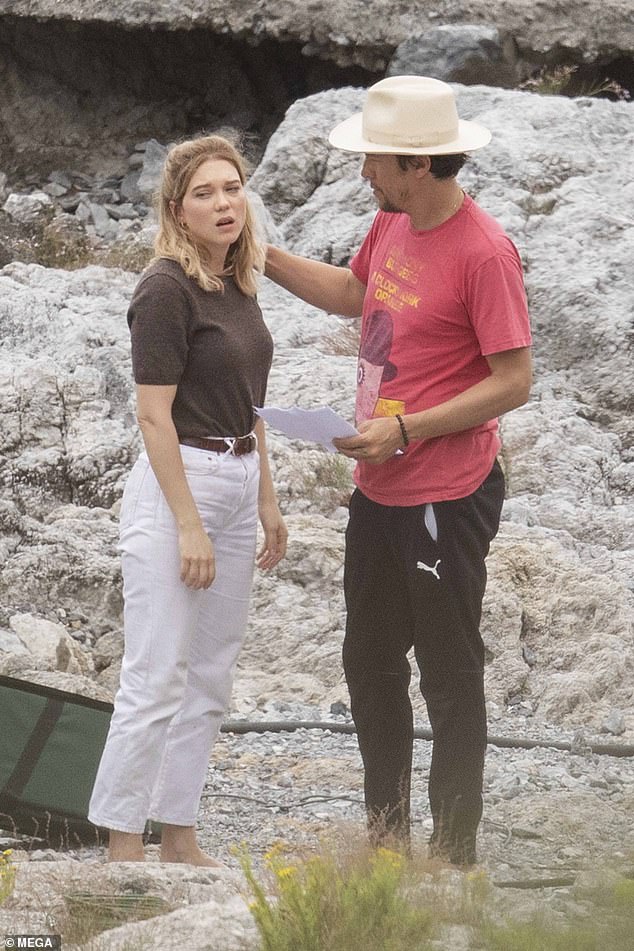 Consoled: The actress, 34, looked upset and was comforted by Cary in-between takes as they shot action-packed scenes on the beach

The source said: ‘Lashana is absolutely brilliant and Phoebe’s script is as sharp and funny as you would expect. This Bond pays tribute to some of the earlier films with a lot of humour.’

Indeed, one photograph taken on set shows Lashana in a safari suit similar to the one Roger Moore famously wore when he played 007.

‘This is a Bond for the modern era who will appeal to a younger generation while sticking true to what we all expect in a Bond film,’ the source added. ‘There are spectacular chase sequences and fights, and Bond is still Bond but he’s having to learn to deal with the world of #MeToo.’ 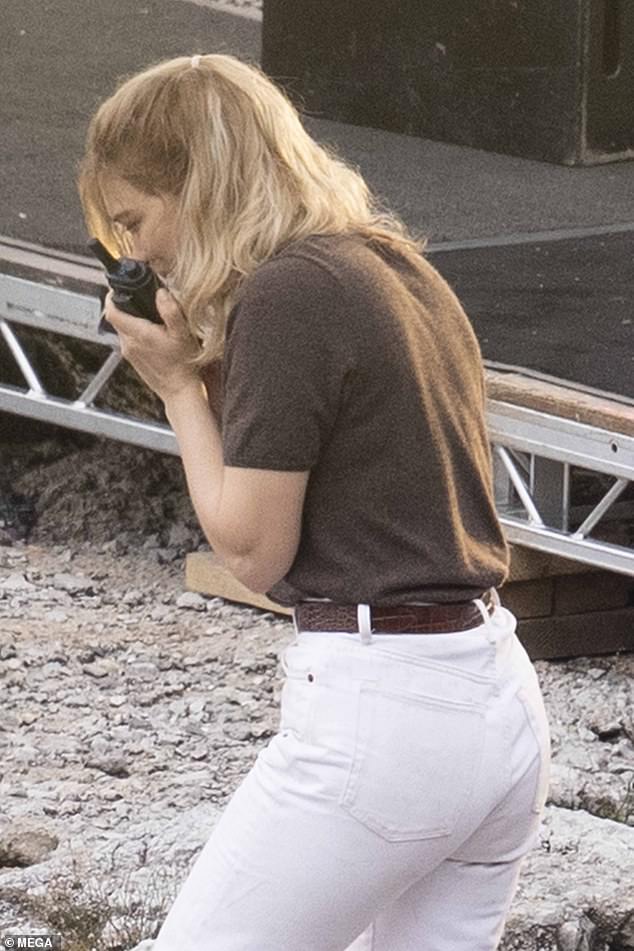 And action! When filming did get underway, the Bond girl, who cut a low-key figure in white mom jeans and brown T-shirt, was spotted talking into a walkie talkie

So hopefully the script will be the least of the problems for a film that has already been hit by the replacement of original director Danny Boyle, injury to Craig, and a crew member getting hurt in an explosion on set.

Elsewhere, Bond woman Léa Seydoux was consoled by director Cary Fukunaga as she filmed scenes for the upcoming spy thriller.

The actress, 34, looked upset and held her head in her hands in-between shooting action-packed scenes on the beach.

Léa, who has reprised her role as the tenacious Dr Madeleine Swann which she first played in 2015 film Spectre, was comforted by Cary.

It is unclear whether Léa was rehearsing upcoming scenes or was overwhelmed with emotion as she stood on the rocky beach.

While the man himself, Daniel, was not present at filming on Wednesday,  Dr Swann and Bond’s romance, sparked in Spectre, appears to still be going strong in No Time To Die, with the pair sharing a passionate kiss during filming last week.

No Time To Die is the 25th chapter in the 007 franchise, which will see Daniel make his final outing as the iconic Secret Secret Service agent.

Stunt doubles and drivers have been a regular presence in Matera over recent weeks, with a second unit filming chase scenes around the town’s winding, narrow streets. 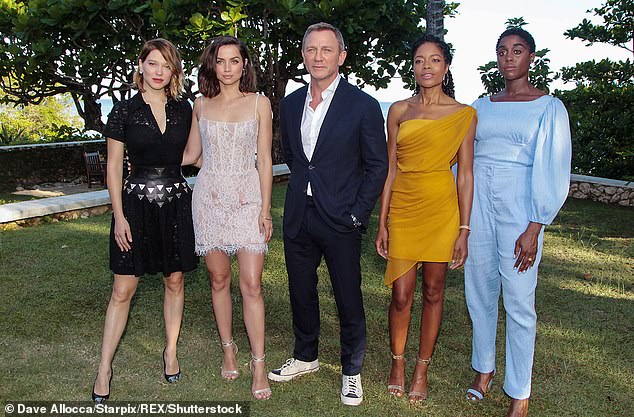 Bond: No Time To Die is the 25th chapter in the 007 franchise, which will see Daniel make his final outing as the iconic agent (L-R Lea, Ana de Armas, Daniel, Naomie Harris and Lashana)

Bond’s iconic car, a vintage DB5 Aston Martin, has also been a prominent feature since the production landed in Italy, with the vehicle either being pursued, or finding itself in hot pursuit of other vehicles throughout many of the new film’s latest scenes.

No Time To Die is co-written by Phoebe Waller-Bridge who was brought on board to sprinkle her magic on the script for the 25th movie in the film franchise based on Ian Fleming’s hit novels.

The film had previously been given the working title Shatterhand, however the title has since been changed to match Bond’s more iconic film titles. 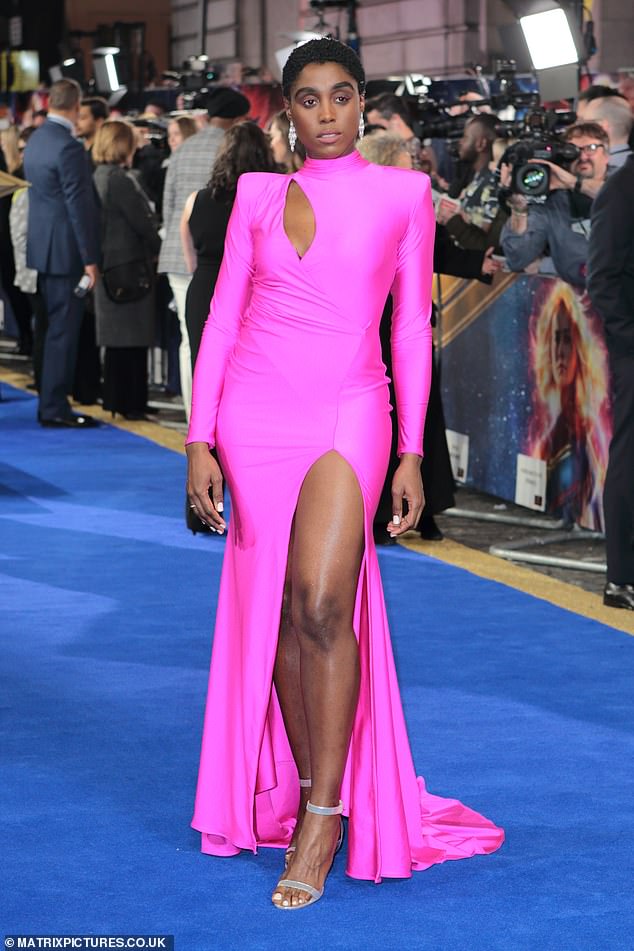 Come in 007: British star Lashana Lynch walks in when the James Bond spy number is called

Production finally kicked off in April of this year, though it had already been delayed by several months following the departure of original director Danny Boyle.

But it has suffered a turbulent production process in recent months after Craig suffered a nasty ankle injury while filming a separate chase sequence in Jamaica, the spiritual home of Bond creator Ian Fleming.

The actor underwent an operation followed by two weeks of rehabilitation in May, causing major delays to the long awaited production.

The official Twitter account for Bond 25 released a statement concerning his injuries at the time, writing: ‘Daniel Craig will be undergoing minor ankle surgery resulting from an injury sustained during filming in Jamaica.

‘Production will continue whilst Craig is rehabilitating for two weeks post-surgery. The film remains on track for the same release date in April 2020’. 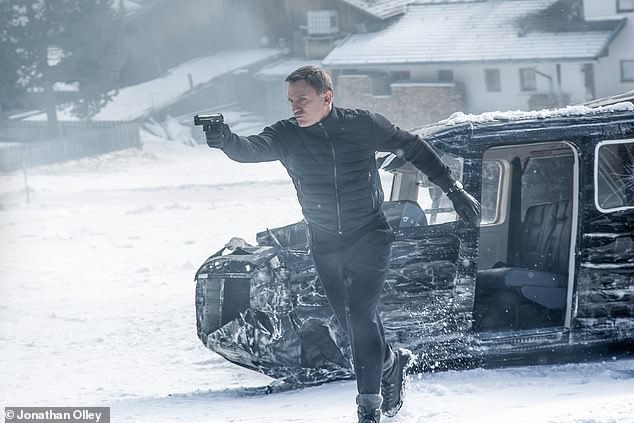 007: Daniel Craig in action in the new movie which promises to be packed with humour