Their daughter, Grace Warrior Irwin Powell, was born on the couple’s first wedding anniversary on March 25.

After giving birth to her daughter, Bindi, 22, was reportedly ‘so struck’ by her baby girl’s appearance, because she Bindi’s late father Steve Irwin’s nose. 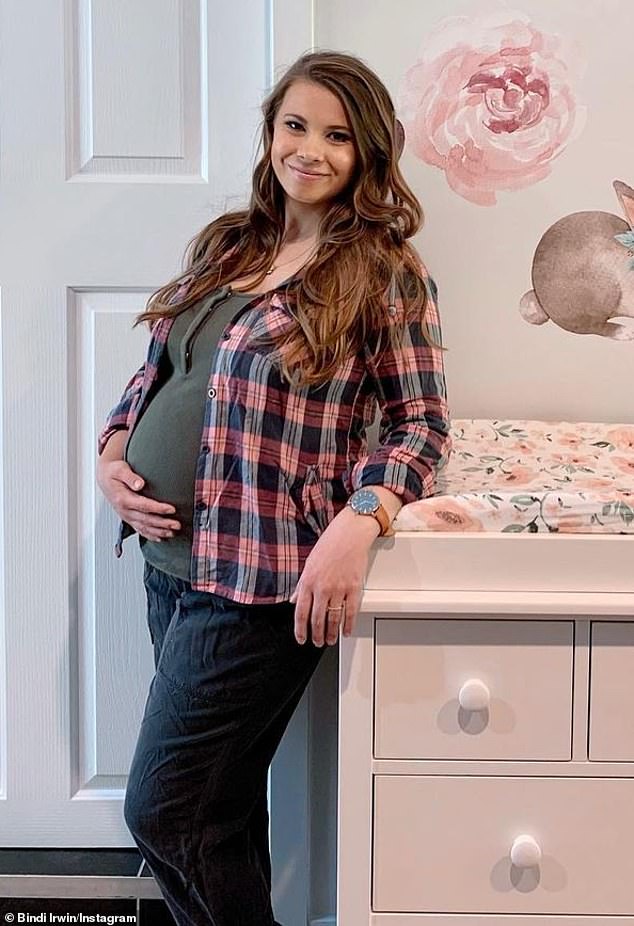 ‘It really is perfect. Not a day goes by when Bindi wonders what life would have been like if her beloved dad was still with her,’ an insider told New Idea.

The source also said that Bindi believed giving birth on her anniversary was her late father’s way of ‘letting me know he’s here’.

Steve, known to millions around the world as ‘the Crocodile Hunter’, was filming a documentary when he was fatally stabbed in the heart by a stingray barb on September 4, 2006, in Batt Reef, Queensland. He was 44 years old.

Bindi is also currently ‘in a love bubble with her baby and husband’ and is ‘managing well as a new mum’. 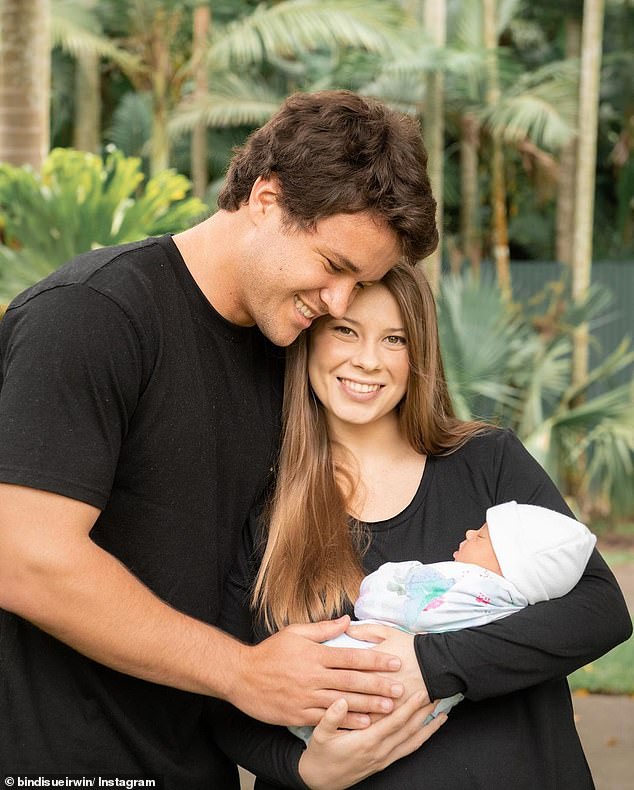 Proud mum: After giving birth to her daughter, Bindi, 22, was reportedly ‘so struck’ by her baby girl because she had her late father Steve Irwin’s nose 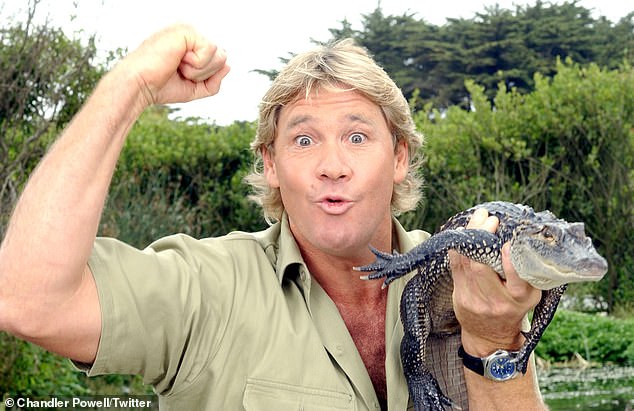 Tragic: Bindi was aged just eight-years-old when Steve (pictured in 2002) died after a stingray barb pierced his chest

Bindi and Chandler, 24, announced the birth of their newborn daughter on March 26.

In a lengthy Instagram post, the new mother explained the baby’s middle name was inspired by her late father, Steve Irwin, who coined the term ‘Wildlife Warrior’.

She wrote: ‘March 25, 2021. Celebrating the two loves of my life. Happy first wedding anniversary to my sweetheart husband and day of birth to our beautiful daughter.

‘Our graceful warrior is the most beautiful light. Grace is named after my great-grandmother, and relatives in Chandler’s family dating back to the 1700s.

‘Her middle names, Warrior Irwin, are a tribute to my dad and his legacy as the most incredible Wildlife Warrior. Her last name is Powell and she already has such a kind soul just like her dad.’ 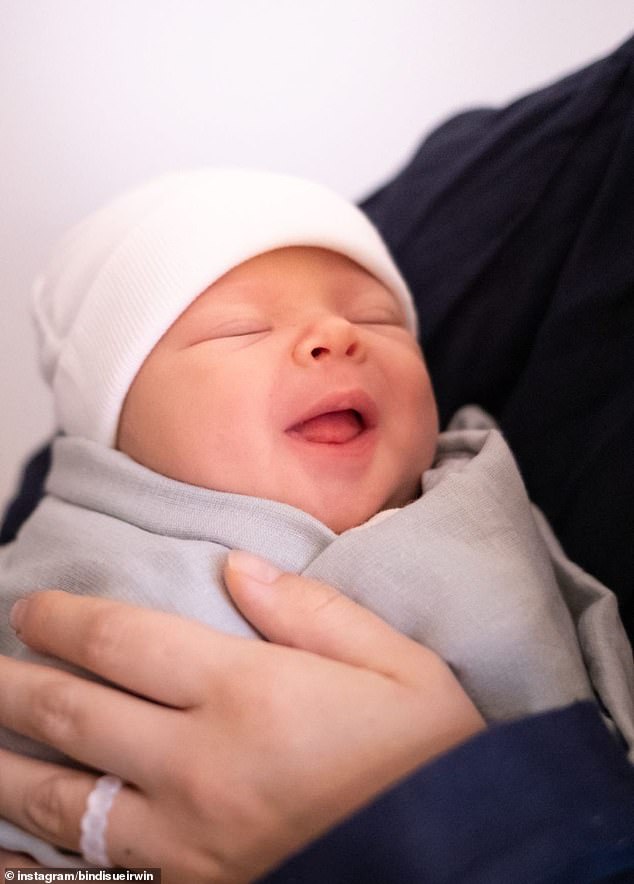 Sign: The source also said that Bindi believed giving birth on her anniversary was her late father’s way of ‘letting me know he’s here’

She accompanied the caption with an image of herself and Chandler cradling their newborn in a baby blanket.

‘There are no words to describe the infinite amount of love in our hearts for our sweet baby girl. She chose the perfect day to be born and we feel tremendously blessed,’ Bindi added.

Bindi first met Chandler in 2013, when the American former wakeboarder went on a guided tour of Australia Zoo in Queensland.

The pair married in a surprise ceremony at Australia Zoo, on Queensland’s Sunshine Coast, in March last year. 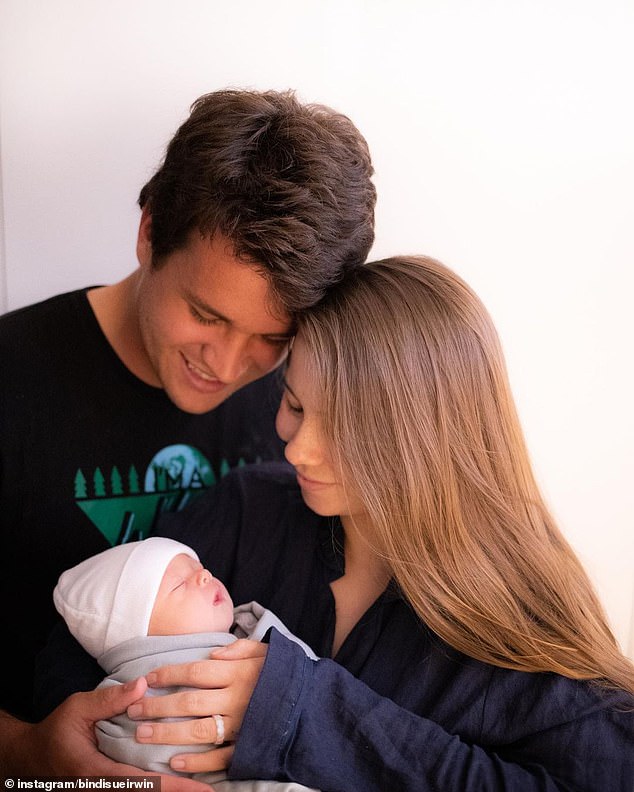