Billy Ray Cyrus says he’s ‘so proud’ of Miley and her ‘great heart’ as country star gushes over his daughter: ‘She is a special human being’

She was born with the name, Destiny Hope Cyrus, before she legally changed it to Miley Ray Cyrus in 2008.

And despite the name change, dad Billy Ray Cyrus revealed on Friday that his little girl will always be Destiny Hope to him.

The 58-year-old gushed over his ‘giving’ daughter and said he knew she was special from the day she was born. 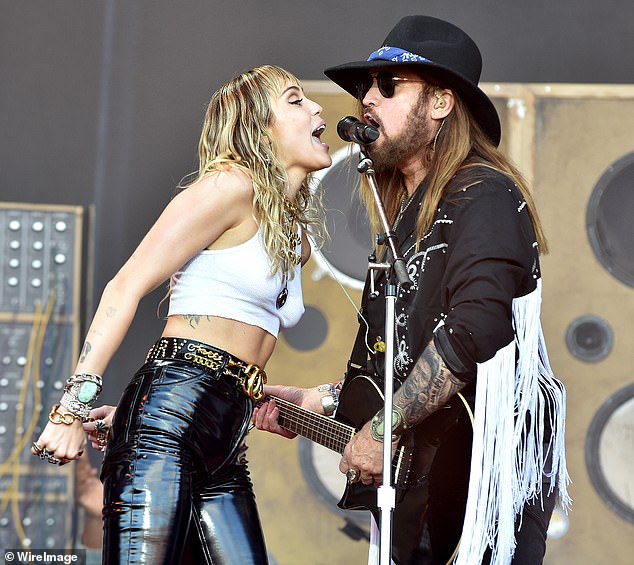 Proud dad: Billy Ray Cyrus said he was ‘so proud’ of his daughter Miley Cyrus, on Friday (pictured 2019)

‘She’s a giver. She believes that we’re all put here for a reason, and that’s to give back to our fellow man,’ he told Us Weekly, adding, ‘I’m real proud of her.’

Knowing she would have a kind soul from the moment she was born the I Want My Mullet Back singer said that was the reason for her unique name.

‘That’s why we named her Destiny Hope. Destiny Hope Cyrus is her name — at least it used to be,’ he said. 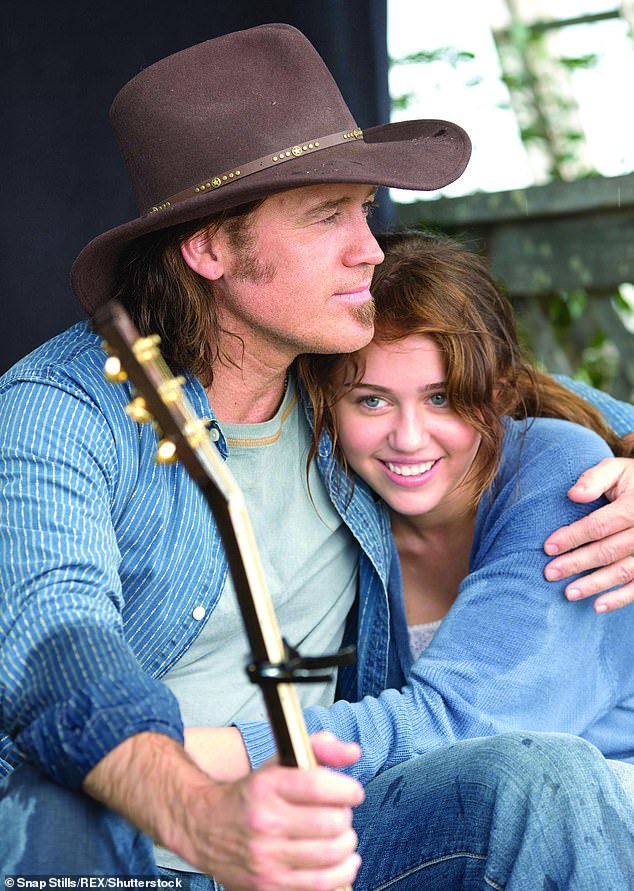 Kind hearted: ‘She’s a giver, I’m real proud of her. That’s why we named her Destiny Hope. Destiny Hope Cyrus is her name — at least it used to be,’ he said referring to Miley’s original birth name which she legally changed in 2008 following her rise to fame  (pictured 2009) 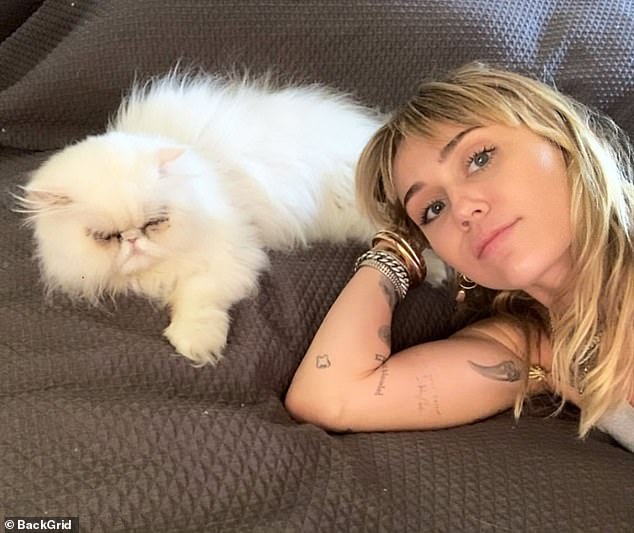 Sunshine! ‘No matter what you call her, she still is Destiny Hope. She is a ray of sunshine. She is a special human being. She’s got a great heart’

He continued: ‘But no matter what you call her, she still is Destiny Hope. She is a ray of sunshine. She is a special human being. She’s got a great heart.’

The former Disney star was nicknamed ‘Smiley’ as a kid for always smiling. It was then shortened to Miley and it stuck.

Her middle name, Ray, is in honor of her late grandfather, Democratic politician, Ronald Ray Cyrus. 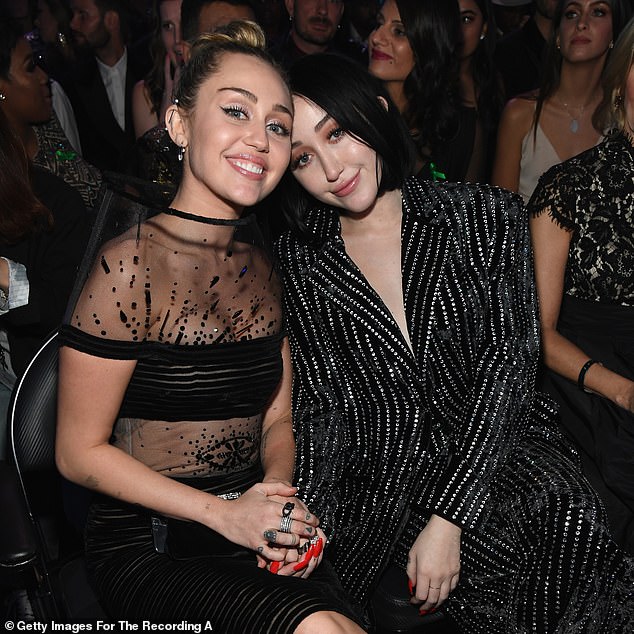 Family of singers: Billy also gushed over youngest daughter, Noah Cyrus, and said she deserved a Grammy nomination in 2021 (pictured at the Grammys with Miley in 2019) 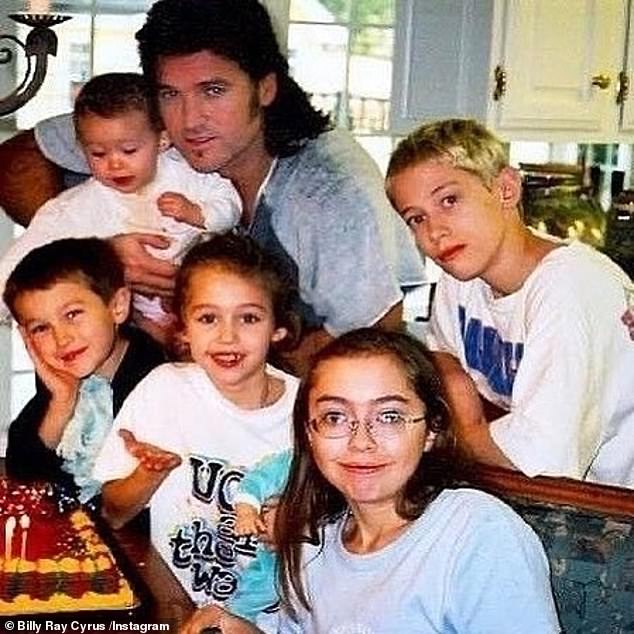 The country singer is the father of six children. He welcomed his first son, Christopher Cody, 28, with Kristin Luckey, who he briefly dated following his split from first wife, Cindy Smith, in April 1992.

Tish and Billy went on to secretly marry the following month and she soon became pregnant once again with their second child, Braison Chance, 26.

Tish is also the mom to Brandi, 33, and Trace, 31, from a previous relationship, who Billy legally adopted after they met. 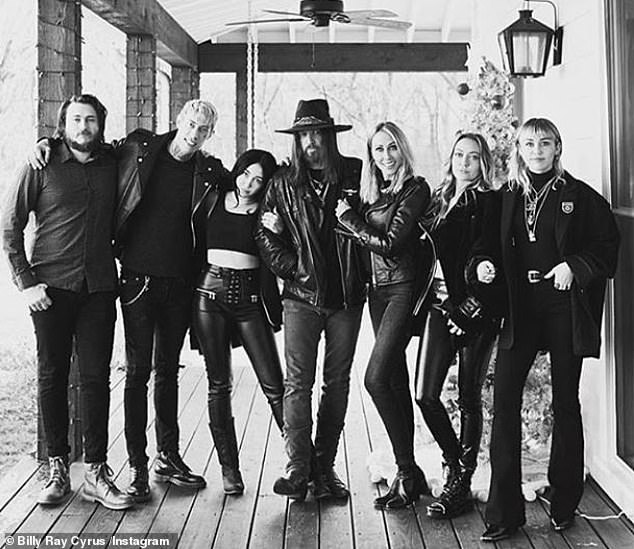 Family: Tish welcomed Brandi and Trace from a previous relationship. They were adopted by Billy after they met. Billy is also the father to son, Christopher Cody, 28 (not pictured)