Amanda Holden and Alesha Dixon are refusing to sign contracts for the latest series of Britain’s Got Talent it’s been reported.

The duo are said to be furious that new judge Bruno Tonioli, 67, who is replacing David Walliams, will see his new salary match their own – an estimated £850,000.

According to The Sun Amanda, 51, Alesha, 44, have sent the latest series into chaos with bosses scrambling to secure the TV favourites ahead of filming beginning in  London next week. 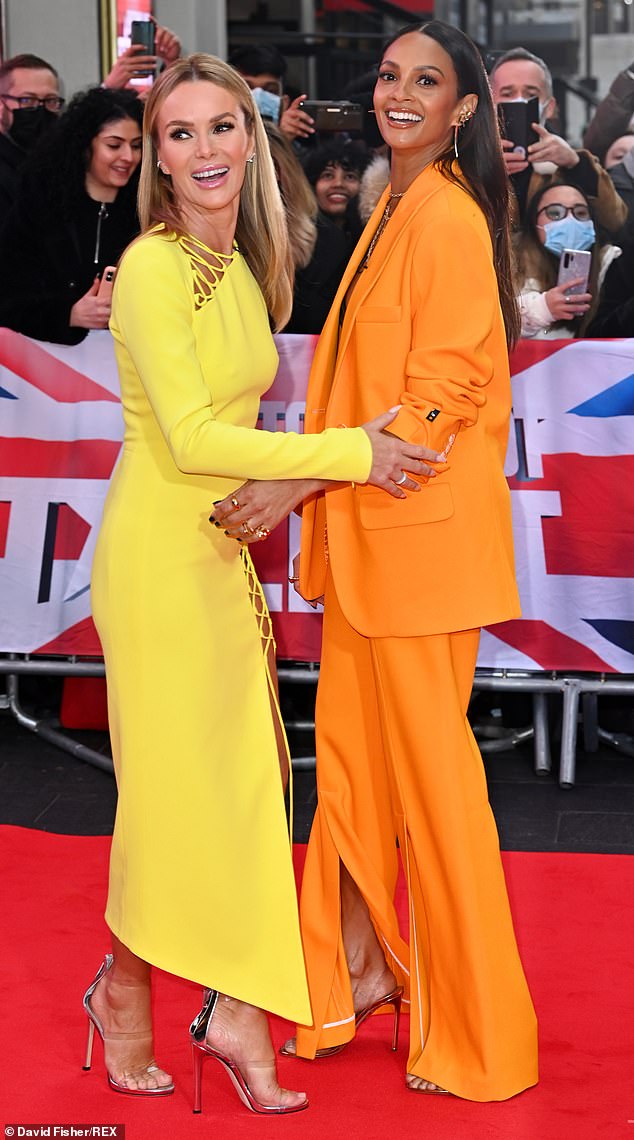 Furious: Amanda Holden (left) and Alesha Dixon (right) are refusing to sign contracts for the latest series of Britain’s Got Talent it’s been reported

A source told the publication: ‘Amanda has been on BGT for 17 years, while Alesha is going into her eleventh year. They don’t think it’s fair a newcomer could walk into the show and be handed the same deal as them’.

‘It’s a bit of a headache for BGT given filming for the next series begins at the London Palladium on Tuesday’.

‘Bruno was still ironing out his contract on Friday too so it’s all very much down to the wire’. 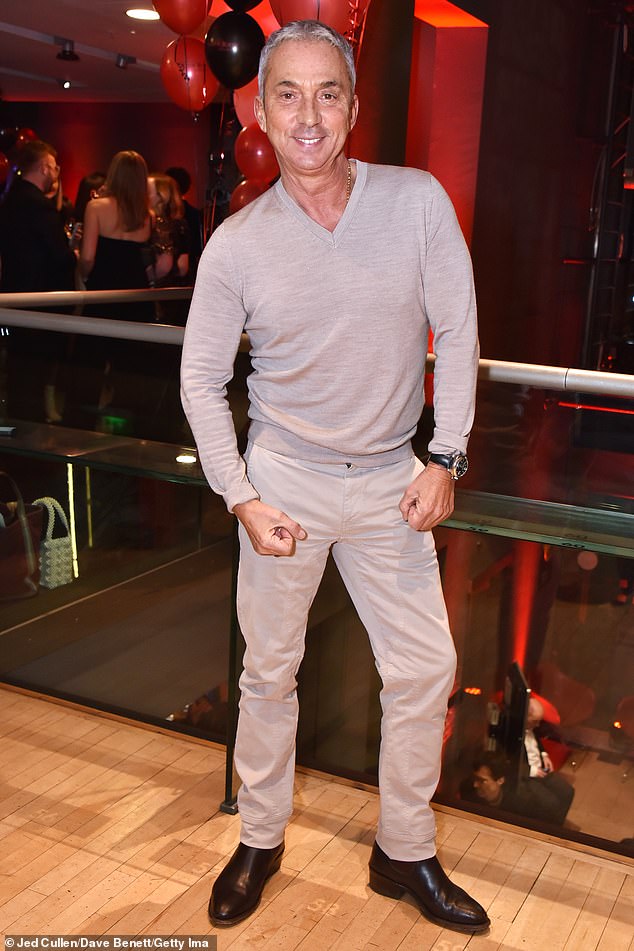 New member: Amanda, 51, Alesha, 44, have reportedly sent the latest series into chaos with bosses scrambling to secure the duo ahead of filming for series 16 due to begin in London next week

MailOnline have contacted reps for Amanda, Alesha and ITV for comment.

It comes after it was reported Bruno would triple the salary he received on Strictly Come Dancing by joining the ITV judging panel. 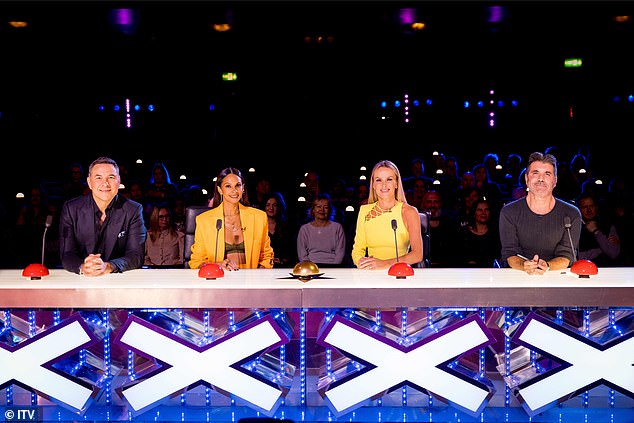 Final details: It comes after it was reported bruno would triple the salary he received on Strictly Come Dancing by joining the ITV judging panel (L-R) David Walliams, Alesha, Amanda, Simon Cowell

Bruno, who is said to be ‘delighted’ to return to Saturday night prime time TV in the UK, will now overshadow his former Strictly co-stars wage by three times.

Shirley Ballas, Craig Revel-Horwood, Motsi Mabuse and Anton Du Beke are all believed to earn £250,000 per series on the Strictly judging panel.

It comes following battle between Bruno – a close friend of Simon’s – and comedian Alan for the role. The show’s judges Alesha and Amanda were told the identity of their new colleague in the last week.

According to the Daily Mail’s Katie Hind, Bruno is yet to sign the contract but the job has been formally offered to him following at tug of war between ITV and BGT boss, who insisted that he had the role following David’s departure.

Alan, 46, is understood to be ‘devastated’ at losing out on the job which he thought was his. 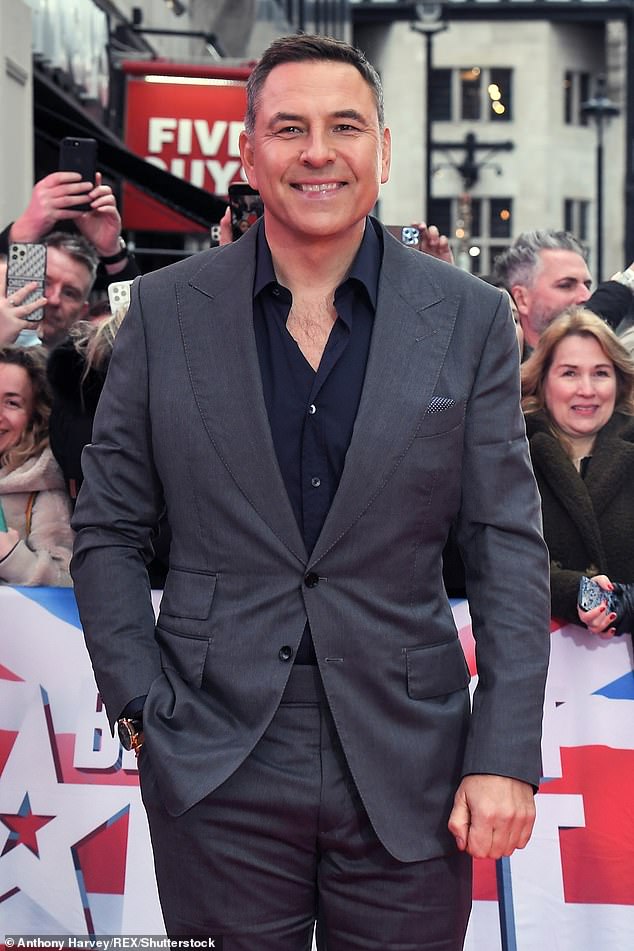 Friends of the star said that he told he would be joining the show by those close to it two weeks ago.

One told the Daily Mail: ‘He is trying to keep his head up, he thought that he had it. It is really disappointing for him. BGT have really missed a trick, especially with the on-screen chemistry between him and Amanda.’

Meanwhile, a source close to the show said: ‘It is one the most peculiar events in showbusiness in recent years. Alan was told that he had the job and then all of sudden Bruno’s name popped up. It is so bizarre.

‘Some ITV bosses are cross at the decision, their preference was Alan as did most involved in the show who were really over the moon at the prospect of having join them for series. They all wanted him but Cowell was against it, he wanted his friend.’ Tonioli joining BGT means that there now two former Strictly judges on the panel – something ITV bosses are understood to have been against. 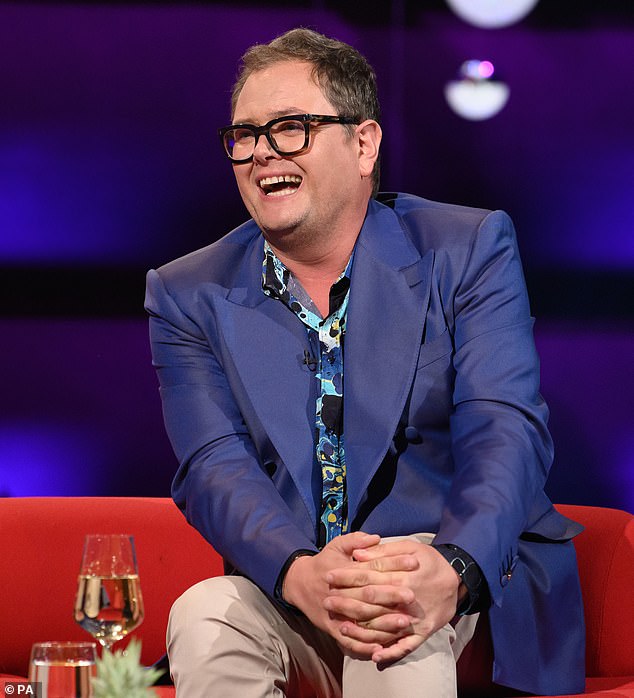 What a shame: Alan is understood to be ‘devastated’ at losing out on the job which he thought was his.

He thought he had the job – and had even begun making arrangements for his on-screen clothing – until he saw reports that Bruno was also in line to take over.

David, 51, was last year forced to leave the show after ten years following vile remarks he made about contestants during auditions in 2020.

It was reported in November that David stood down from his role, although sources close to the show say he ‘jumped before he was pushed.’

His exit came after he described an elderly contestant as a c**t and made vile sexual remarks about a woman taking part during auditions in January 2020 at the London Palladium.

In one incident, picked up on the show’s microphones, an older performer engaged in light-hearted banter with the judges in which he made a jibe about David. 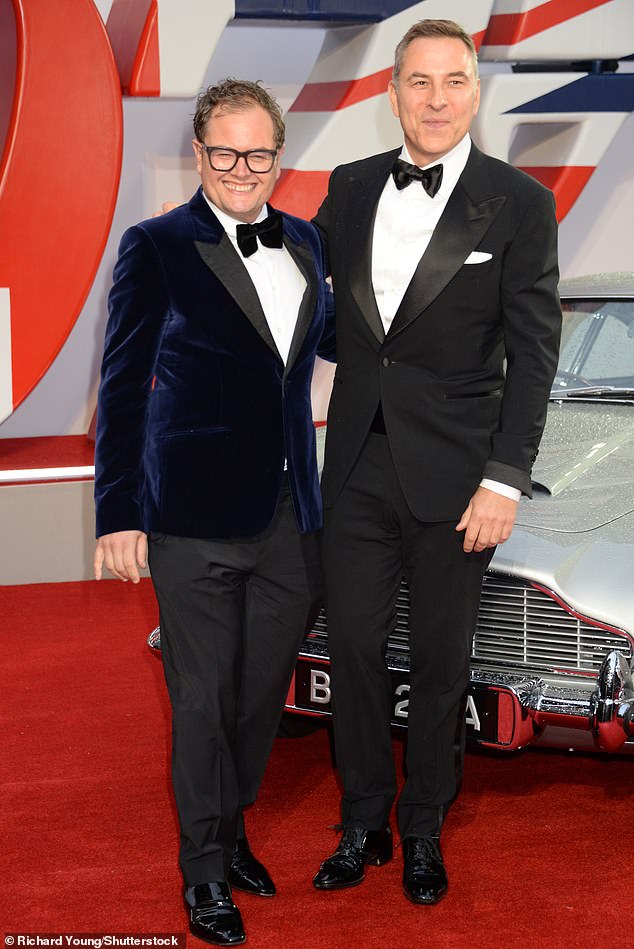 Awkward! He thought he had the job – and had even begun making arrangements for his on-screen clothing – until he saw reports that Bruno was also in line to take over

After the audition, the pensioner left, and David is said to have described him as a ‘c**t’ three times.

David, one of the UK’s best-known television personalities and children’s book authors, was forced to apologise for his outbursts – but he insisted that they were private conversations.