And if fans of Beyoncé weren’t quite convinced to splurge on the highly anticipated collaboration, the 38-year-old gave them reason to – in 18 new snapshots shared to the IVY PARK Instagram page.

In the photo series posted Friday morning, Beyoncé models the collection in its entirety, while, simultaneously, providing style-inspiration and envy. 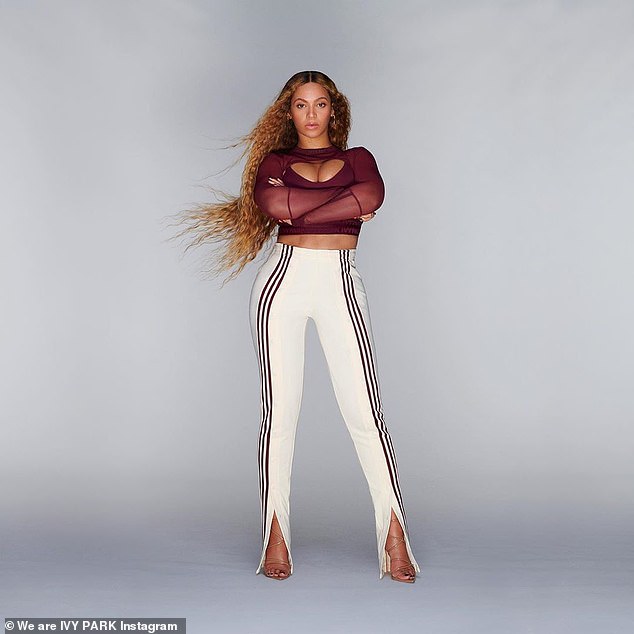 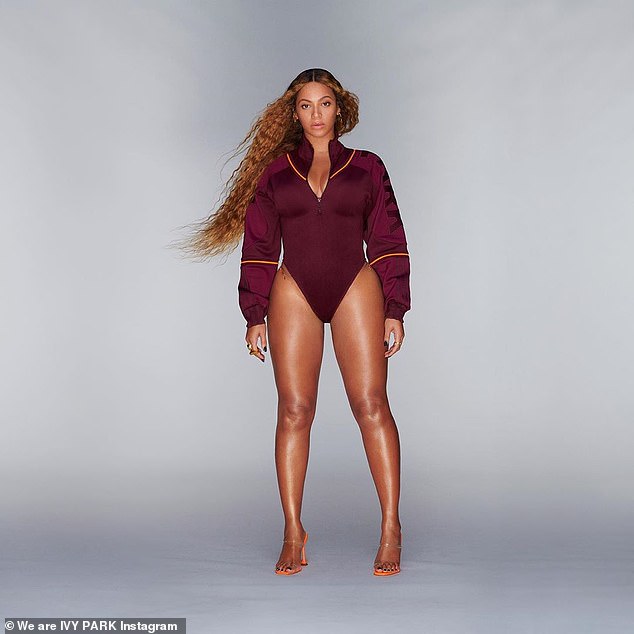 Killer curves: The 38-year-old showed off her killer body, from her toned abdominals to her muscle-clad legs 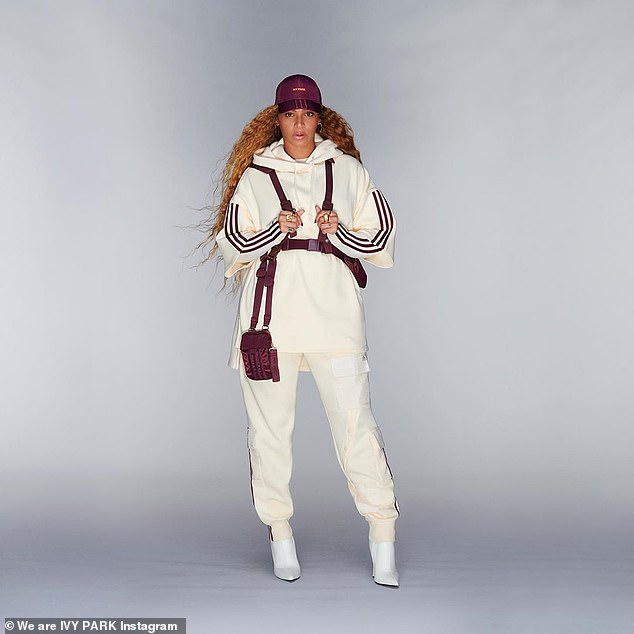 Style inspiration: The snapshots give fans an idea on just how to style the collection’s wide variety of orange, maroon, and white attire 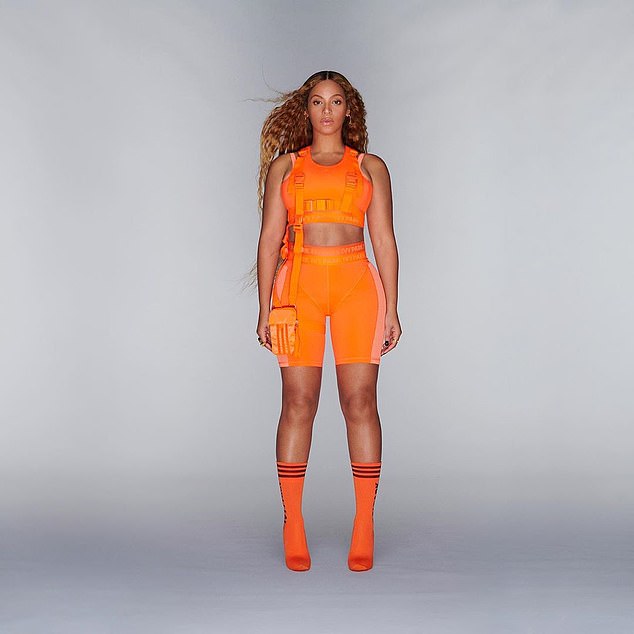 Solar orange: The stand out color of the collection is labeled as ‘solar orange’

The Halo singer gave fans a tease of the Adidas X IVY PARK collaboration via a web-based commercial released on Tuesday.

But with Beyoncé providing so much still imagery, fans can now inspect – and dissect- every piece and decide what items they want to snatch up for themselves.

Beyonce’s IVY PARK label was established in 2016 and sold exclusively at the fast-fashion retailer, Top Shop, according to NBC. 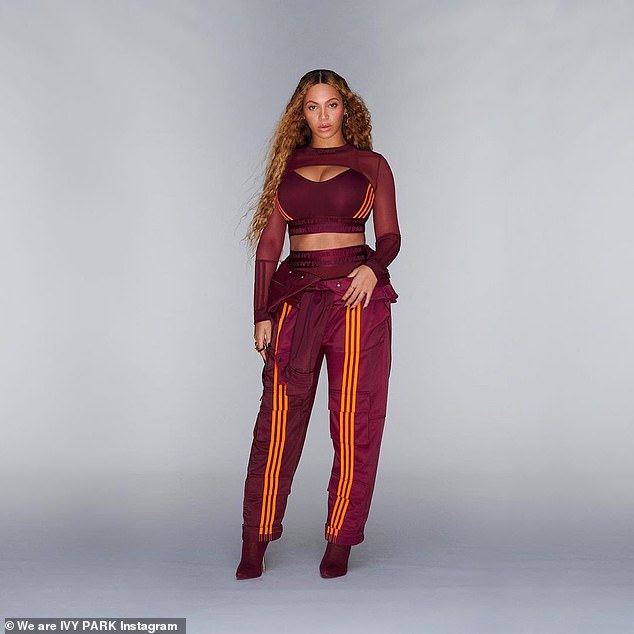 The first: This was the first image posted on the IVY PARK Instagram page Friday morning 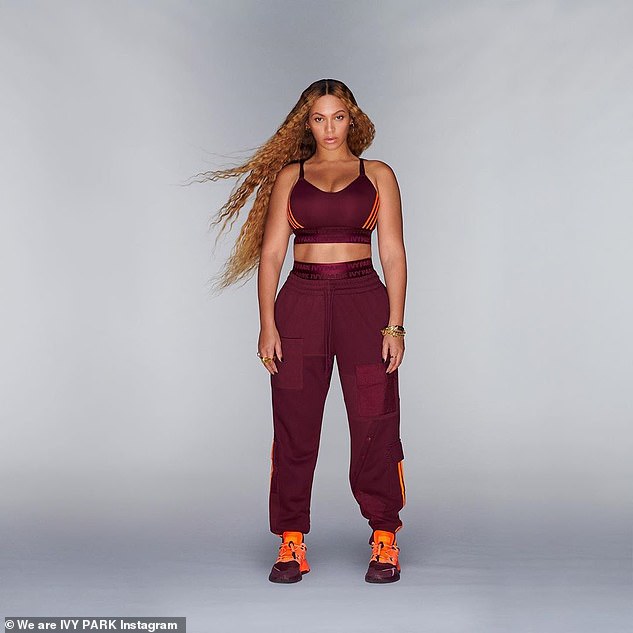 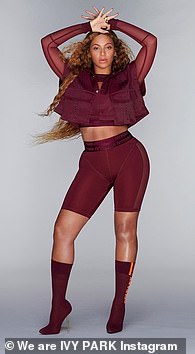 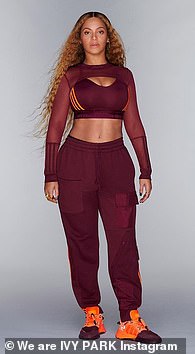 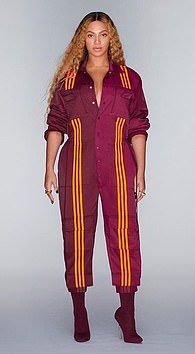 Many ways to wear: The Halo singer showed off the versatility of the collection

She introduced plans for her collaboration with Adidas back in April of last year, so fans have been on the edge of their seats waiting for the details to come flooding out for a while now.

The promotional images on the IVY PARK Instagram are organized by color, progressing from maroon to solar orange to white. 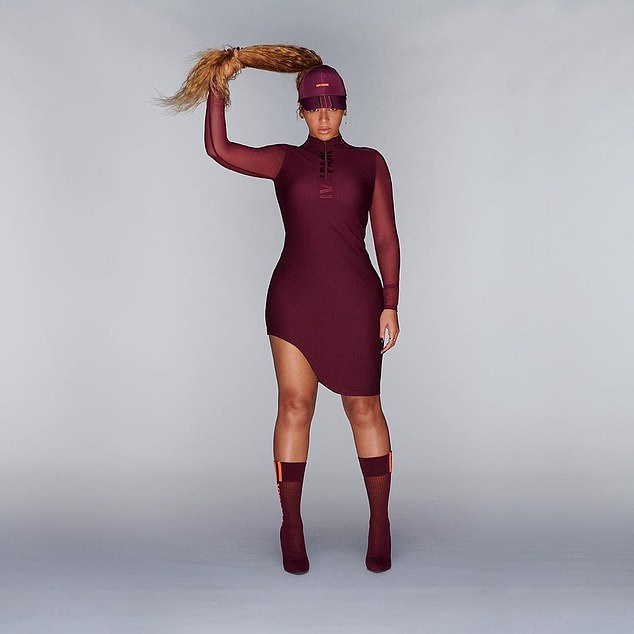 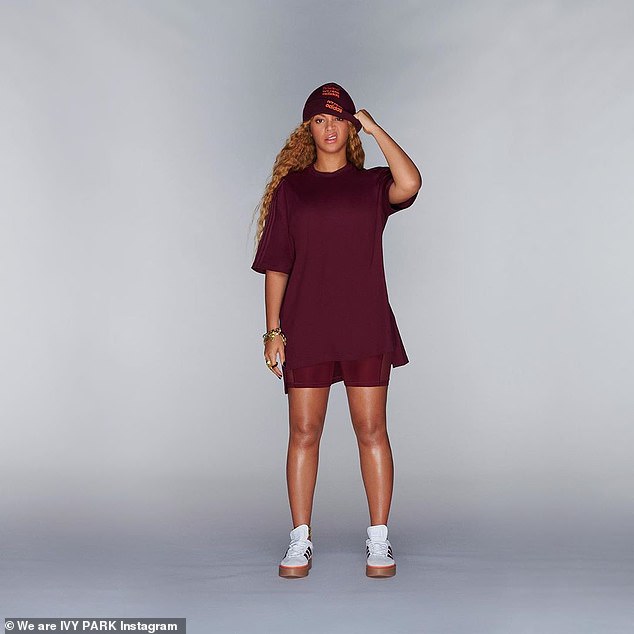 Accessorize: An IVY PARK beanie is also available for purchase on Saturday

This will be IVY PARKS ‘first ever’ collaboration with Adidas .

YOUR POWER, OUR PURPOSE. YOUR FREEDOM, OUR MISSION. YOUR STYLE, OUR MUSE,’ totes the Adidas homepage.

The line features tracksuits, bodysuits and jumpsuits as well as items like over-sized hoodies that pair Bey’s signature style with the Adidas three stripe design.

Sneakers set to be Beyoncé-fied are the Adidas signature Ultra Boosts and two different color schemes for the ultra-popular Night Joggers.

Glowing gal: In the solar orange section of the clothing line, Beyoncé shows off the Night Joggers 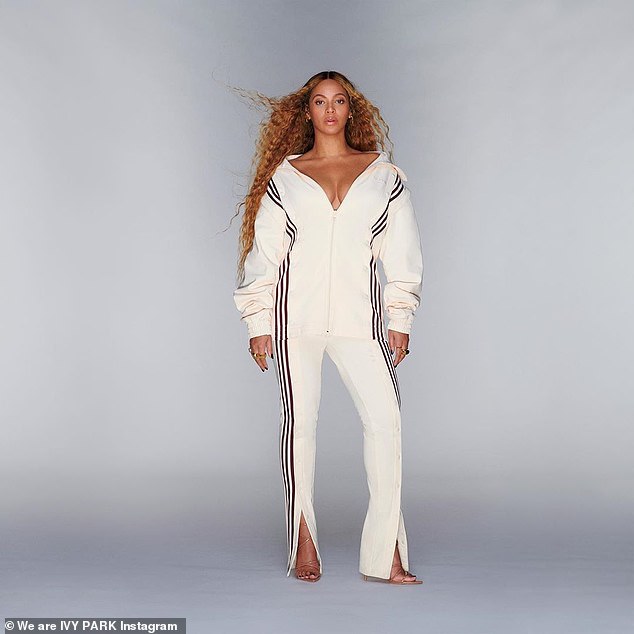 Sport-ready: The singer looked ready to hit the slopes in a white thermal paired with matching joggers

Beyoncé had her collection delivered to some of her closest friends – from Kelly Rowland to Reese Witherspoon.

Both Rowland and Witherspoon shared their gifted clothes on Instagram and expressed their love for the singer’s versatile collection.

Adidas x IVY PARK drops online and in-store on Saturday, but fans who download the Adidas mobile app will be allowed exclusive access to certain unknown items from the collection.

Sweatsuits: The singer showed off her muscular stems in maroon biker shorts covered by an a-line sweatshirt 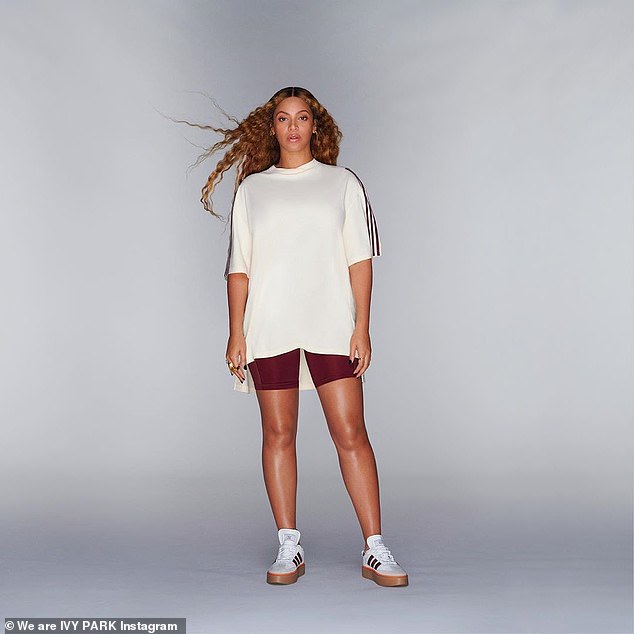 Exclusive drop: If fans download the Adidas mobile app, they get exclusive access to particular pieces of the collection

Beyonce gifted her collection to some of her dearest and closest friends, including Kelly Rowland and Reese Witherspoon

We will use your email address only for sending you newsletters. Please see our Privacy Notice for details of your data protection rights. Martin Lewis…

Katie Price, 42, buys a collection of designer shoes with boyfriend Carl Woods, 31, despite having a ‘long way to go’ in her broken feet…

The Real Full Monty On Ice: Linda Lusardi, Shaughna Phillips and Chris Hughes cover their modesty with Christmas decorations as they lead stars stripping off…