Beyonce showed off the very racy artwork for her upcoming new album ‘Renaissance’ via her Twitter page on Thursday.

The 40-year-old pop sensation wore nothing more than a structured metallic bikini covering as she rode atop a glowing holographic horse.

‘Act i RENAISSANCE 7.29,’ she captioned the alluring snap ahead of her album’s release on July 29. 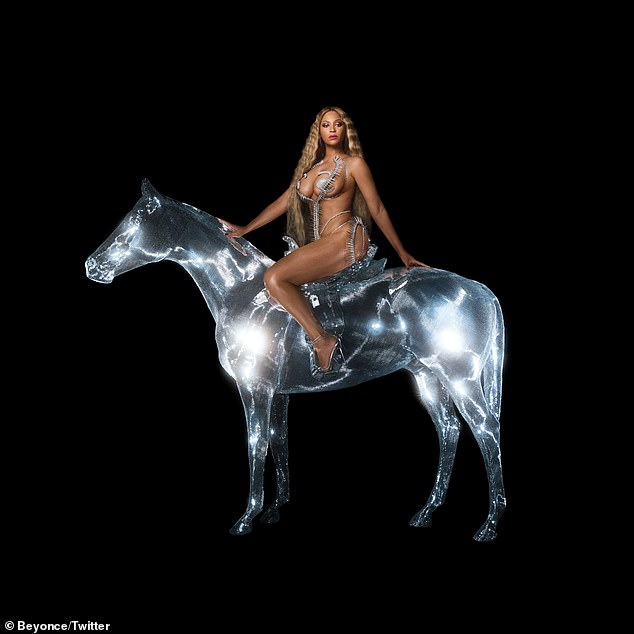 She’s back! Beyonce showed off the racy artwork for her upcoming new album ‘Renaissance’ via her Twitter page on Thursday, showing her nearly nude while riding a glowing horse

The superstar also shared the photo to her Instagram page with a lengthy caption, writing that the album helped her to ‘dream and to find escape’ as she encouraged fans to ‘find joy in this music.’

‘Creating this album allowed me a place to dream and to find escape during a scary time for the world,’ she stated.

‘It allowed me to feel free and adventurous in a time when little else was moving. My intention was to create a safe place, a place without judgment. A place to be free of perfectionism and overthinking. A place to scream, release, feel freedom.’ 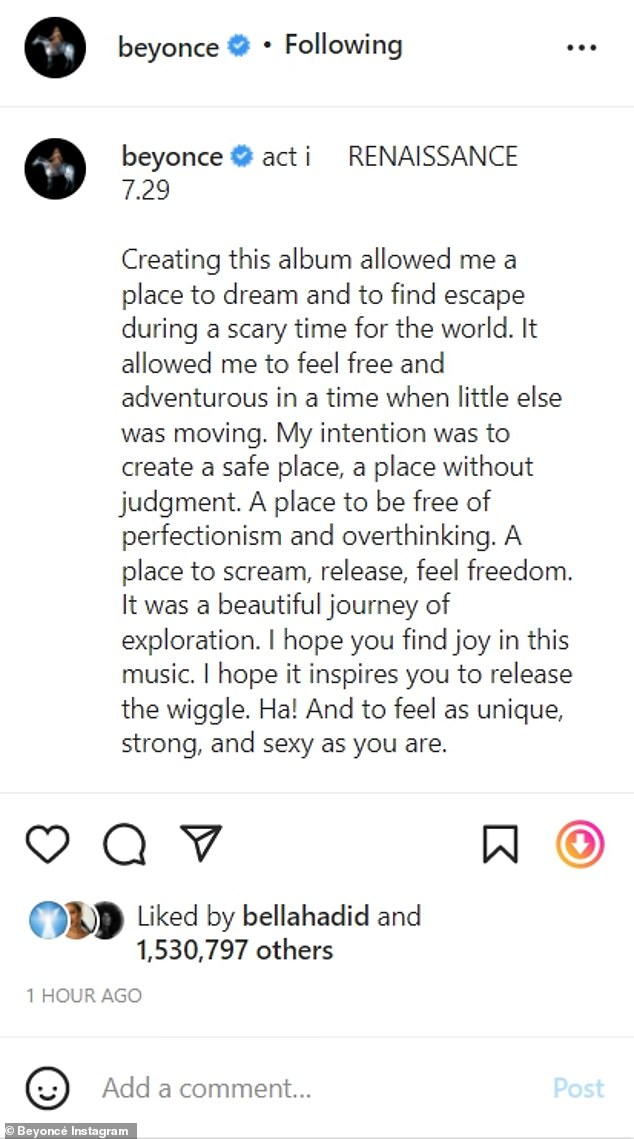 Joy: The superstar, 40, also shared the photo to her Instagram page, writing that the album helped her to ‘dream and to find escape’ as she encouraged fans to ‘find joy in this music’ 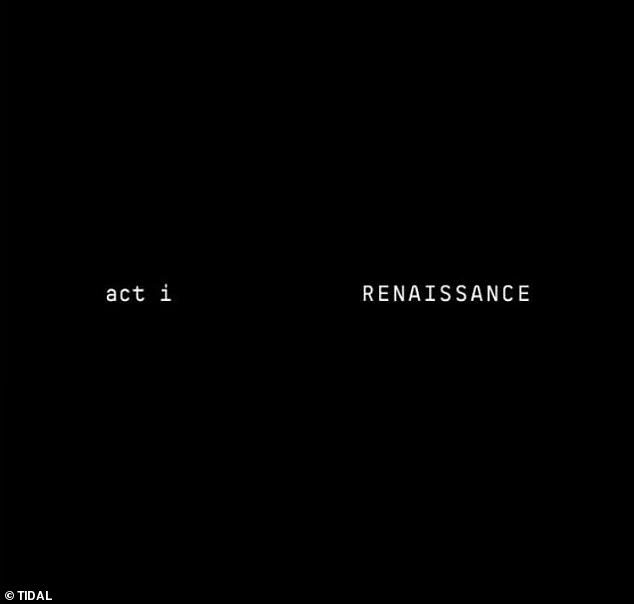 New tunes: Renaissance is set to be released in multiple parts, or ‘acts’, though the timing of those sections aren’t yet known, however the official release date for the album is July 29

‘It was a beautiful journey of exploration. I hope you find joy in this music. I hope it inspires you to release the wiggle. Ha! And to feel as unique, strong, and sexy as you are,’ she wrote.

Last Friday the Houston native shared the cover for her latest single, BREAK MY SOUL, a dance-pop song which features on the upcoming album.

Yonce dropped the track — which is saturated with danceable beats — on on Monday June 20.

The hard-charging single reunited Beyoncé with the in-demand producers Tricky Stewart and The-Dream, who previously worked on her classic tune Single Ladies. 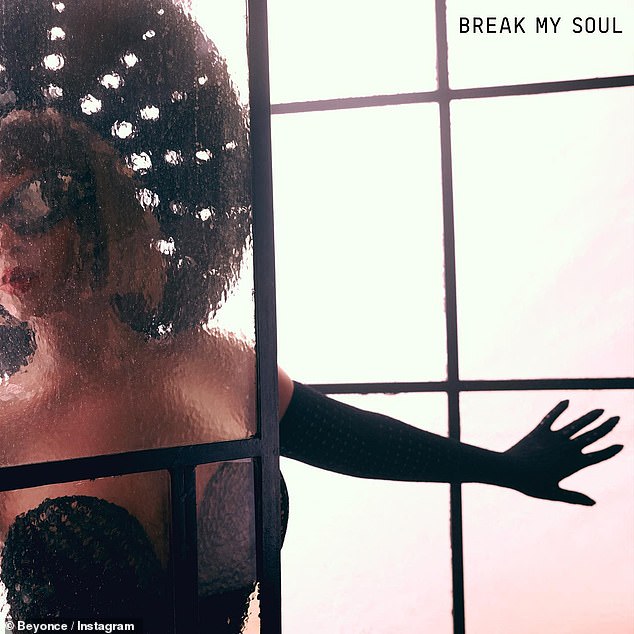 New single: Last Friday the singer, 40, shared the cover for her latest single, BREAK MY SOUL, which features on the upcoming album

The track features interjections from Bounce rapper Big Freedia, and while Beyonce’s husband Jay-Z doesn’t appear to be featured on Break My Soul, he is listed under its multiple songwriters (as S. Carter).

Renaissance will be the R&B diva’s seventh studio album, following the 2016 release of Lemonade.

The album is expected to be released in multiple parts, or ‘acts’, though the composition and timing of those sections aren’t yet known.

The Be Alive songstress said in her August 2021 Harper’s Bazaar cover story that her new album would represent a ‘renaissance’ a year ago, after the world spent time in lockdown.

She said: ‘With all the isolation and injustice over the past year, I think we are all ready to escape, travel, love, and laugh again.

‘I feel a renaissance emerging, and I want to be part of nurturing that escape in any way possible.’ 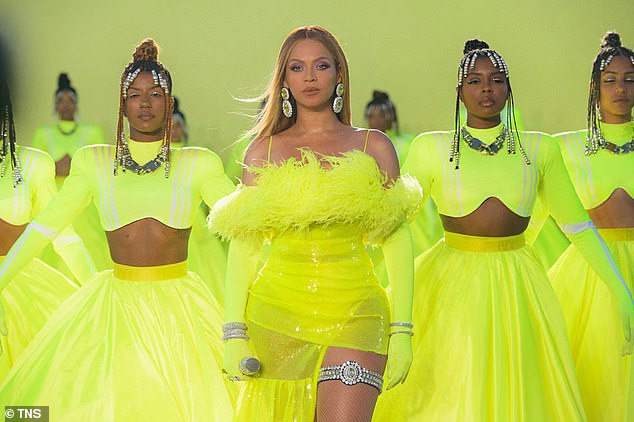