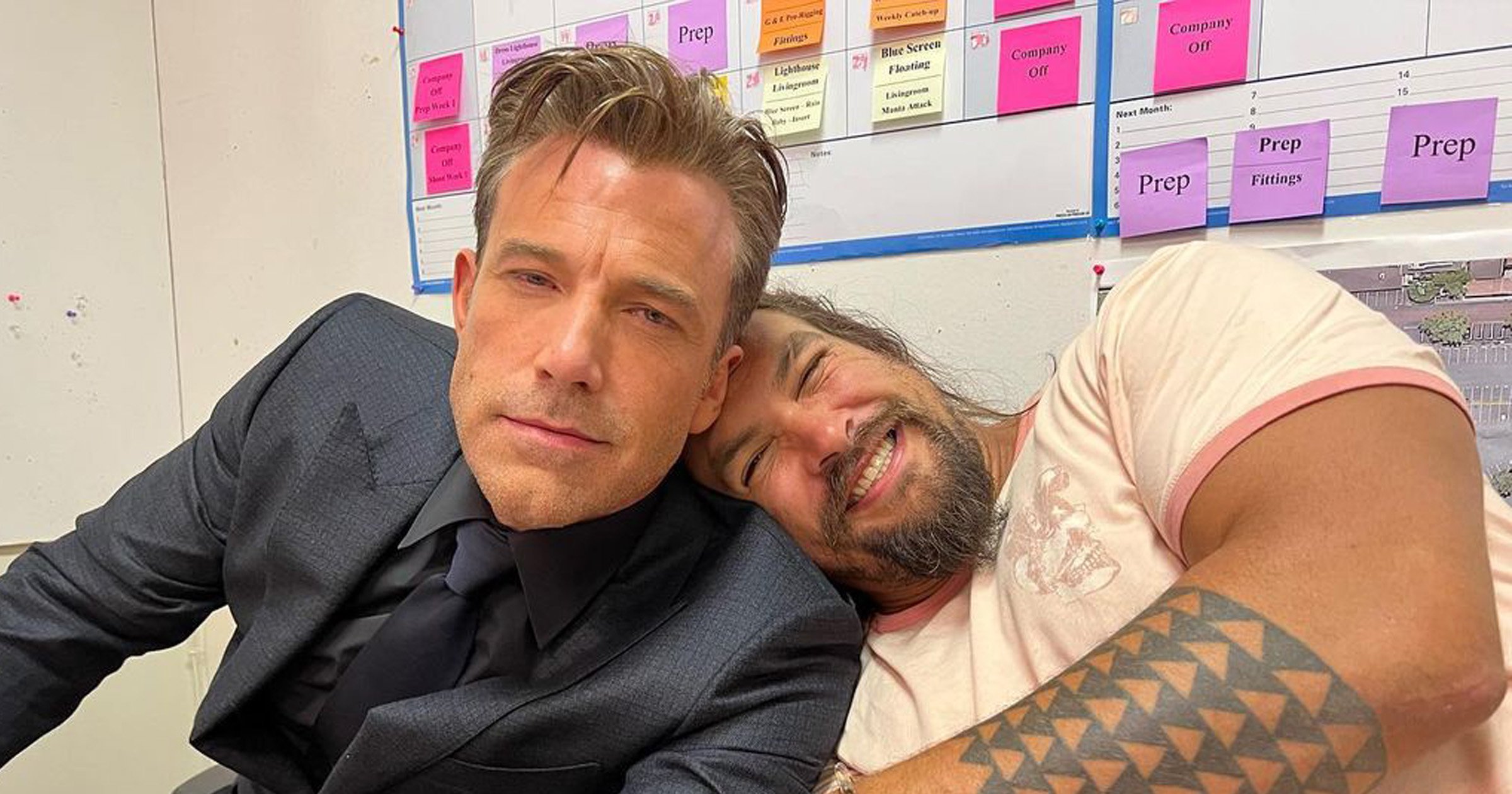 Jason Momoa has seemingly let slip that Ben Affleck will return as Batman in an upcoming Aquaman movie.

The eagerly-anticipated sequel to the DC film, Aquaman and the Lost Kingdom, is set to release in March 2023, and much of the plot is being kept under wraps.

However titular star Jason may have revealed a major storyline – it could feature Batman.

The vigilante is currently played by Robert Pattinson, but Ben’s version of the hero could return for the first time in six years, if Jason is to be believed.

Fans are convinced Ben is set to reprise his role as the Caped Crusader in the superhero sequel after Jason shared a series of snaps of the pair on set.

The DC star took to Instagram where he posted a photo of himself and Ben at WB Studios, saying their characters – Bruce and Arthur – were ‘REUNITED.’

One snap sees Ben – who recently married Jennifer Lopez – looking very Bruce Wayne, with a Blue Steel-esque, serious, brooding face – as Jason cuddles up to him with a goofy grin.

In a second, Ben lets his hair down as he grapples with the Aquaman star, both clearly laughing.

Jason wrote in a caption alongside the snaps: ‘REUNITED bruce and arthur.’

The actor hinted there were ‘great things coming’ as he added simply: ‘AQUAMAN 2.’

With Ben teased to return as Batman for the sequel, Aquaman and the Lost Kingdom is set to also feature returning stars Jason, Dolph Lundgren, Patrick Wilson, Temuera Morrison and Yahya Abdul-Mateen II.

Amber Heard has also been confirmed to be returning to the series following her high-profile legal battle with ex-husband Johnny Depp, despite major controversy which saw a petition calling for her removal.

She herself previously claimed that her role in the upcoming sequel was ‘reduced’, and that she ‘fought really hard to stay in the movie.’

However during the bombshell defamation trial, Walter Hamada, president of DC Films at Warner Bros, testified that there were fears of a ‘lack of chemistry’ between Amber and Jason, claiming there were talks of recasting her.

Should Batman’s appearance be confirmed, it will be the first time Ben has played the Caped Crusader since 2017’s Justice League, and Zack Snyder’s director’s cut of the same film.

He first appeared in the iconic role in 2016’s Batman v Superman: Dawn of Justice, as well as the gritty Suicide Squad in the same year.