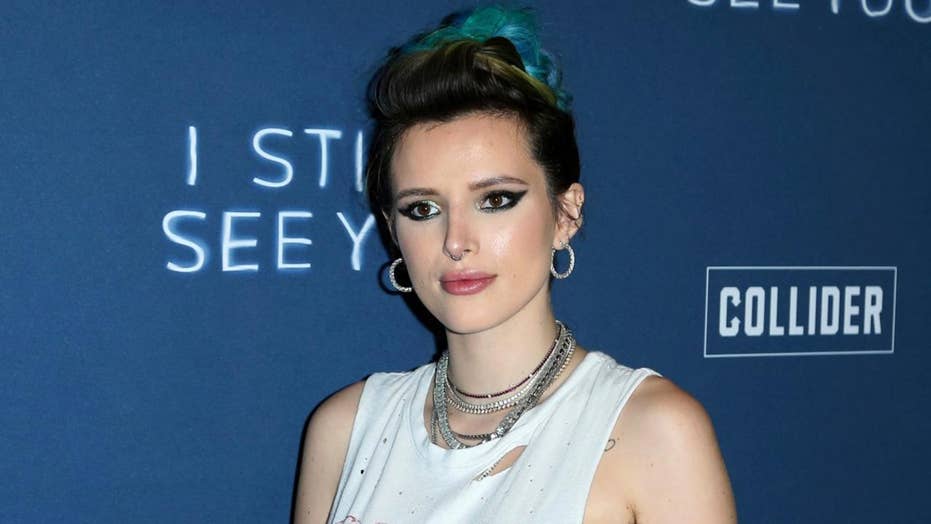 Bella Thorne claims she was bullied by TV network Freeform

Bella Thorne is alleging TV network Freeform called her ugly before they canceled her series ‘Famous in Love’ after two seasons. Thorne claims that Freeform viewed her as ‘uncontrollable and crazy’ and believed the network called her ‘a diva.’

Bella Thorne is showing her ex what he's missing.

The former Disney child star posed for a series of sexy snaps on Instagram just days after announcing she had split from rapper Mod Sun.

"Not that chick that wears makeup in the pool," Thorne captioned the sultry photo in which she dons a barely there black bikini as she exits a pool.

She wore the same bathing suit days earlier while posing yet again poolside. "It’s hot help me," she wrote.

Thorne, 21, announced last week that she and the 32-year-old rapper had parted ways after dating for more than a year.

"I  will always love you. All good things must come to an end," the actress wrote on Instagram. She punctuated the snap with a broken heart emoji.

The breakup comes two months after Thorne announced she and girlfriend Tana Mongeau — who she dated concurrently with Mod Sun — split.

“Tana and I aren’t together anymore, pls stop asking. We love U guys,” Thorne tweeted in February.

Mongeau, 20, tweeted at the time, “i love her forever don’t get that twisted. she changed my life forever. don’t rly wanna talk on it.”

In January, Thorne said of her relationships with Mongeau and Mod Sun, “I don’t think anybody will really understand the bonds that I share with Mod or Tana … Yeah, we joke around about poly, but we aren’t in the sense that we don’t put a word, a box or label too many things. It is what it is.”