‘This last year has floored her’: Big Brother star Nikki Grahame’s mum Sue admits her daughter has ‘never been this bad’ as she prepares to enter a private facility for anorexia treatment

Big Brother star Nikki Grahame’s mum Sue has revealed her daughter has ‘never been this bad’ as she prepares to enter a private facility for anorexia treatment.

The reality star, who has battled the eating disorder from a young age, will begin the specialist treatment after her friends raised over £67,129 to fund her care.

In a new interview Nikki’s devastated mum Sue, 66, admitted her daughter was ‘floored’ by last year’s lockdown which left her suffering from ‘terminal loneliness,’ and it was only when friends saw her thin state that they decided she need help. 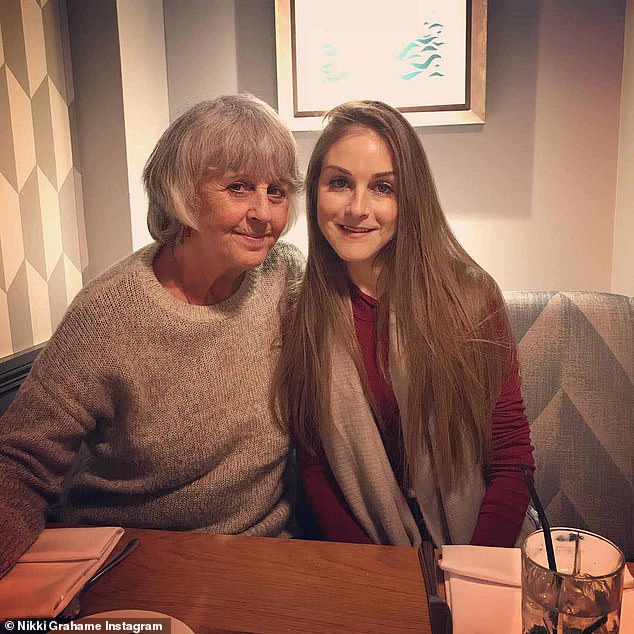 Scary: Big Brother star Nikki Grahame’s mum Sue, 66, has revealed her daughter has ‘never been this bad’ as she prepares to enter a private facility for anorexia treatment

Speaking to The Telegraph, Sue admitted this is the worst Nikki has ever been during her lifelong battle with anorexia.

She said: ‘We’ve been on this road a long time, 30 years on and off, and I’ve never seen her this bad. I’m frightened that I’ll die and she’ll have no one to support her. I don’t want her to go through any of this alone.’

Sue explained her daughter first started to refuse food when she was just seven years old, and became so thin she required hospital treatment.

Following her stint on Big Brother in 2006 that made her a household name, Nikki’s mum said her health seemed to improve, but as her TV work dried up, the disorder took hold again. 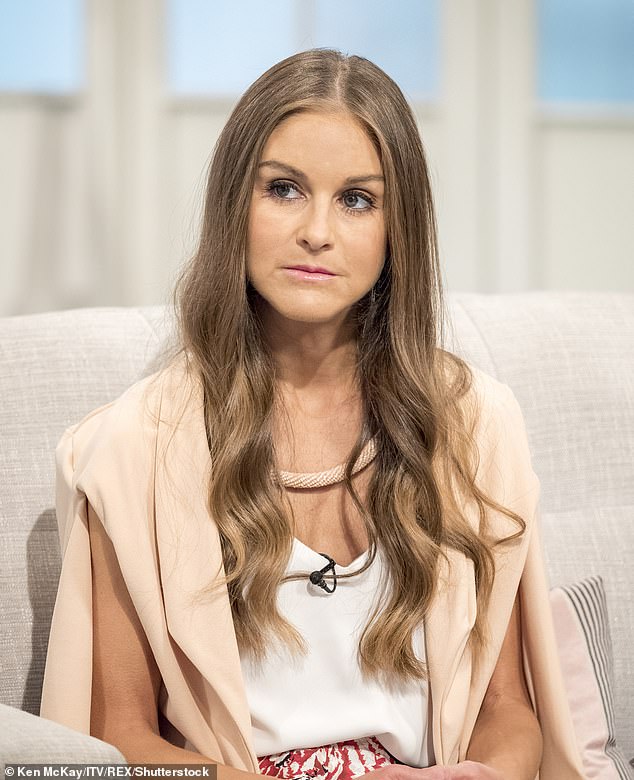 Concerning: In a new interview Sue admitted her daughter, 38, was ‘floored’ by last year’s lockdown which left her suffering from ‘terminal loneliness’

Sue admitted that Nikki, who had been working at a school before the Covid pandemic and studying to work with children with special needs, hit a new low last year when lockdown was introduced.

She added: ‘This last year has just about floored her… From the first lockdown, it was hellish. She struggled because she couldn’t go to the gym.

‘Then in December she fell down and cracked her pelvis in two places and broke her wrist. I stayed with her for three or four weeks because she couldn’t do anything.’

Sue added that she’s optimistic her daughter will accept the help being offered when she enters the private facility to receive treatment, adding she wants Nikki to finally accept her looks as she approaches her 40th birthday.

Last week MailOnline learned that Nikki will enter a private facility to undergo anorexia treatment, after her friends raised more than £67,000 online to fund the care she requires. 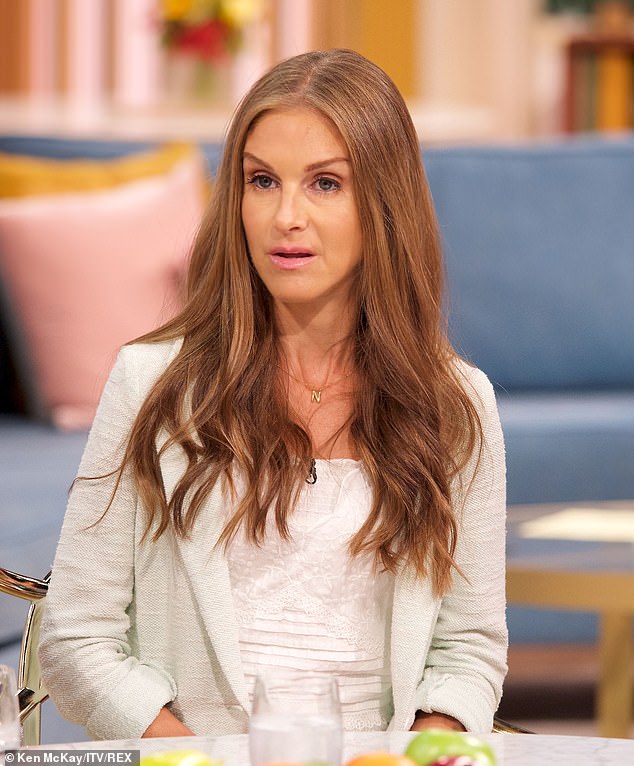 Worrying: She said: ‘We’ve been on this road a long time, 30 years on and off, and I’ve never seen her this bad. I’m frightened that I’ll die and she’ll have no one to support her’

A source said that Nikki would begin her treatment on Monday 22 March as they thanked the public for their overwhelming support and generous donations.

Nikki’s pals, Carly Cunningham and Leon Dee, exceeded their £50,000 goal on their GoFundMe page earlier this month, which was set up to cover the costs of her forthcoming therapy.

A source close to Nikki told MailOnline: ‘Nikki would like to thank each and every single person for their kind and generous donations.

‘She has seen the wonderful messages and wishes pouring in both personally and through her GoFundMe Page and has nothing but gratitude.

‘On hitting the GoFundMe target last weekend, those close to her started the long, and at times difficult, though always productive process of finding Nikki the best possible facility and care she requires.’ 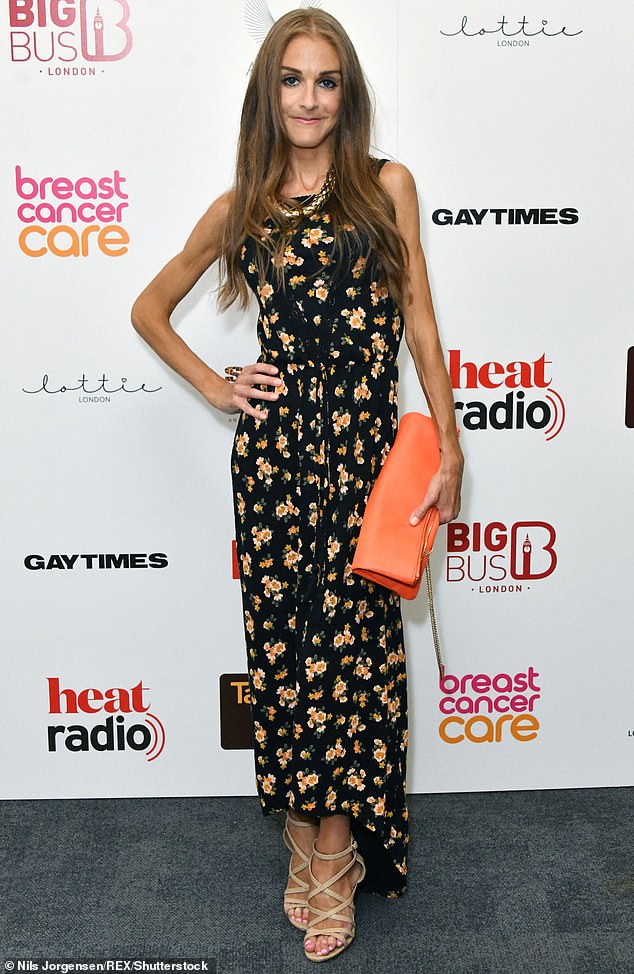 Health: Last week MailOnline learned that Nikki will enter a private facility to undergo anorexia treatment, after her friends raised more than £67,000 online to fund the care she requires

They added: ‘Due to the incredible donations received we’re pleased to report that a private facility which is able to admit her has been found and her road to recovery will begin from Monday.

‘Though we know, since many people have been instrumental in enabling her access to the facility and help, they want to know details of this, in the interest of Nikki’s safety and privacy, for the time being, particulars of this recovery will be kept private.

‘When the time is right, Nikki herself will be able to share the finer details of the process, her progress and where the incredible donations are going.’

Last Friday, Rylan Clark-Neal appealed to his followers to help the former Big Brother contestant after her battle with anorexia left her in a very ‘bad way,’ joining several other stars including Vanessa Feltz and Michelle Visage who offered their support.

The TV presenter, 32, called attention to the GoFundMe page and said on Twitter: ‘This is v hard to read but sharing with permission. If some of the family could help in any way I know it would be greatly appreciated. Sending love x.’ (sic)

Plea: Last Friday, Rylan Clark-Neal appealed to his followers to help the former Big Brother contestant after her battle with anorexia left her in a very ‘bad way’

The original GoFundMe post read: ‘We have set up this page for our very close and dear friend Nikki. As some of you may know, Nikki is battling Anorexia.

‘She has been battling for most of her life and as you can see, Nikki is now in a very bad way so we need to do something quickly.

‘Over the past years Nikki’s family and friends have tried so desperately to get Nikki all the help possible through the NHS.

‘Unfortunately the treatments have failed and we have exhausted every avenue possible, and now Nik is unfortunately in a very bad way, this is now our last hope.

‘This is why we feel that getting her treatment in a specialist clinic is the only option left for her.’ 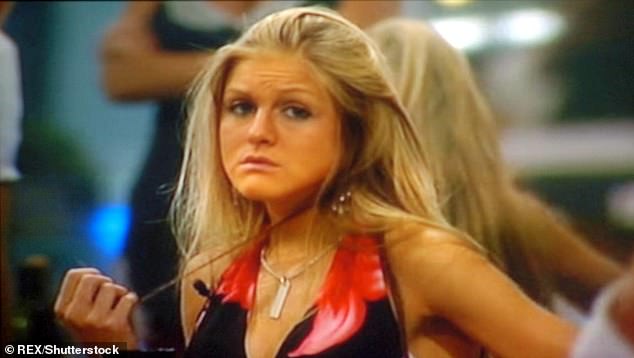 Screen star: Nikki, who shot to fame on the 2006 series of Big Brother, began suffering from anorexia aged six and has required hospital treatment multiple times

They continued: ‘We are praying this gives her the chance of kicking this illness to the curb once and for all.

‘At the moment, Nikki constantly feels weak and is struggling on a day to day basis. She feels trapped and really wants to get better but feels like it’s impossible.

‘It’s heart-breaking and we desperately just want a healthy and well Nikki back with us. She has no energy and is taking each day as it comes.

‘Mental health, as so many of you know, is debilitating in many ways. We want to help save our friend from letting this Illness beat her. If you are able to donate anything then we would be extremely grateful.’

The GoFundMe page went on to explain why they decided to upload a harrowing picture of Nikki, revealing her current condition and figure, adding that the life-saving treatment she needed would cost £25,000 a month.

Nikki, who shot to fame on the 2006 series of the reality show, began suffering from anorexia aged six, and due to this she has never had a period or produced eggs which would allow her to conceive. 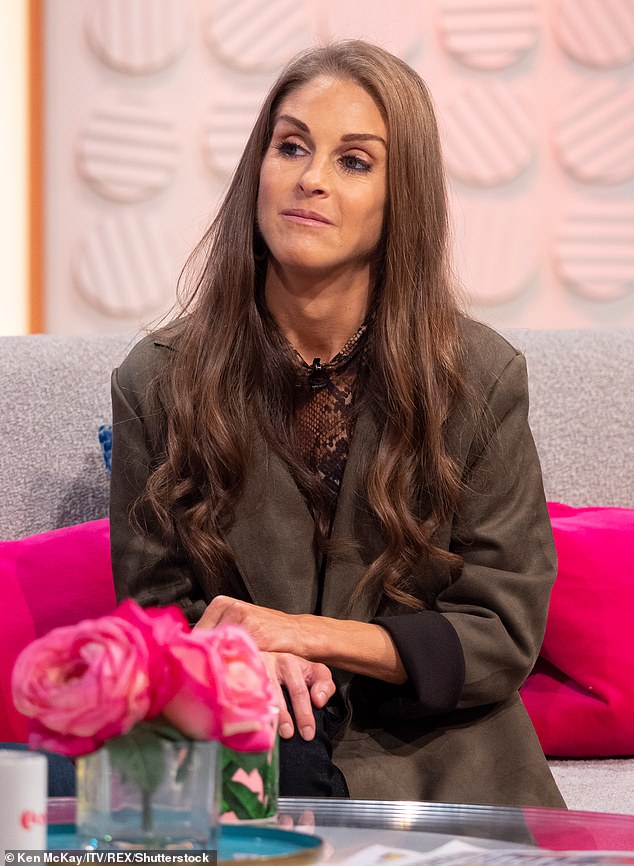 Battle: After first being admitted to an eating disorder unit at the age of eight, she was force-fed through a tube, and has caused long-term damage to her oesophagus

After first being admitted to an eating disorder unit at the age of eight, she was force-fed through a tube, and has caused long-term damage to her oesophagus from years of purging.

In 2019 Nikki appeared on This Morning for a heated debate about the controversial Weight Watchers app Kurbo, which is aimed at young people age 8 to 17.

Nikki slammed the app as ‘dangerous’ and agreed with critics that it promoted eating disorders, as she told hosts Davina McCall and Rochelle Humes that she was now ‘in control’ of her own health

She explained: ‘It’s something that you do live with but you are in control, and I think that is why it is such a delicate ground because it is exacerbating eating disorders.’

Anorexia is a serious mental illness where a person restricts their food intake, which often causes them to be severely underweight.

Some sufferers may experience periods of bingeing, followed by purging.

Sufferers often have a distorted view of themselves and think they are larger than they really are.

Untreated, patients can suffer loss of muscle and bone strength, as well as depression, low libido and menstruation ceasing in women.

Behavioural signs of anorexia include people saying they have already eaten or will do later, as well as counting calories, missing meals, hiding food and eating slowly.

As well as weight loss, sufferers may experience insomnia, constipation, bloating, feeling cold, hair loss, and swelling of the hands, face and feet.

Nikki has been incredibly open about her struggles with anorexia, after first showing signs of the condition as a child.

In 2011 Nikki suffered a relapse after reducing her daily intake to just 400 calories a day. The brave star has admitted she still battles with her anorexia over 30 years after she was first admitted to hospital.

The former Big Brother housemate checked herself into the 11th institution she had been in since she first showed signs of the illness.

Nikki, who had cut her food intake by half, said the illness returned when she had a bunion removed and ‘started to panic’ because she couldn’t exercise.

‘Then, as soon as I could, I started exercising to a ridiculous degree – but without increasing the food,’ she told Heat magazine at the time.

‘I have this phobia of having more than 400 calories at any one time. I can’t allow myself to sleep if I feel I haven’t done enough exercise. I don’t sit down for two hours after I’ve eaten.’

Nikki burst on to the scene in 2006 as a contestant on the reality show. She went on to star in her own series, Princess Nikki, and 2010’s Ultimate Big Brother.

Nikki found a place in the hearts of the viewing public and finished in fifth place, following her romance with Pete Bennett, which ended around two weeks after they left the house.

In 2008, she penned her book Dying to Be Thin, detailing her battle with the disease. In it, she spoke about having to be fed through a tube for two years.

She said: ‘I feel like a failure. I’ve written my book and said that I’ve beaten this illness, but now it’s completely controlling me.

‘I have to know where and when I’ll be eating two days in advance so I can prepare myself mentally. It just completely controls everything. I’m tormented. All I think about is this regimented schedule.’

Four years later she wrote another book, Fragile, about her experiences.

For help and support with eating disorders contact SEED on (01482) 718130 or visit www.seedeatingdisorders.org.uk 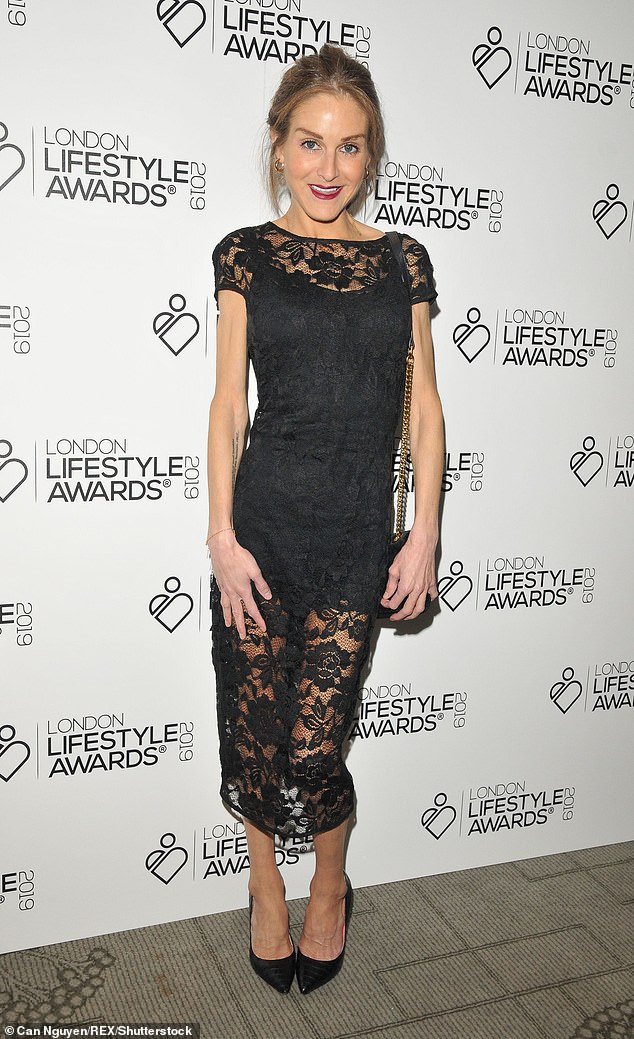 Worrying: In 2011 Nikki suffered a relapse after reducing her daily intake to just 400 calories a day, and had previously admitted she still battles with her anorexia