It’s an event where musical artists typically step up their style, just enough to stand out among all the other rockers, rappers, pop stars and starlets.

And that’s exactly what Avril Lavigne did, and then some, when she attended the 2021 MTV Video Music Awards at Barclays Center in Brooklyn, New York on Sunday.

With her boyfriend Mod Sun by her side, the Complicated singer hit the red carpet in a unique, pink and black plaid suit that showcased her toned figure with a blazer that had an open front shaped in a heart design. 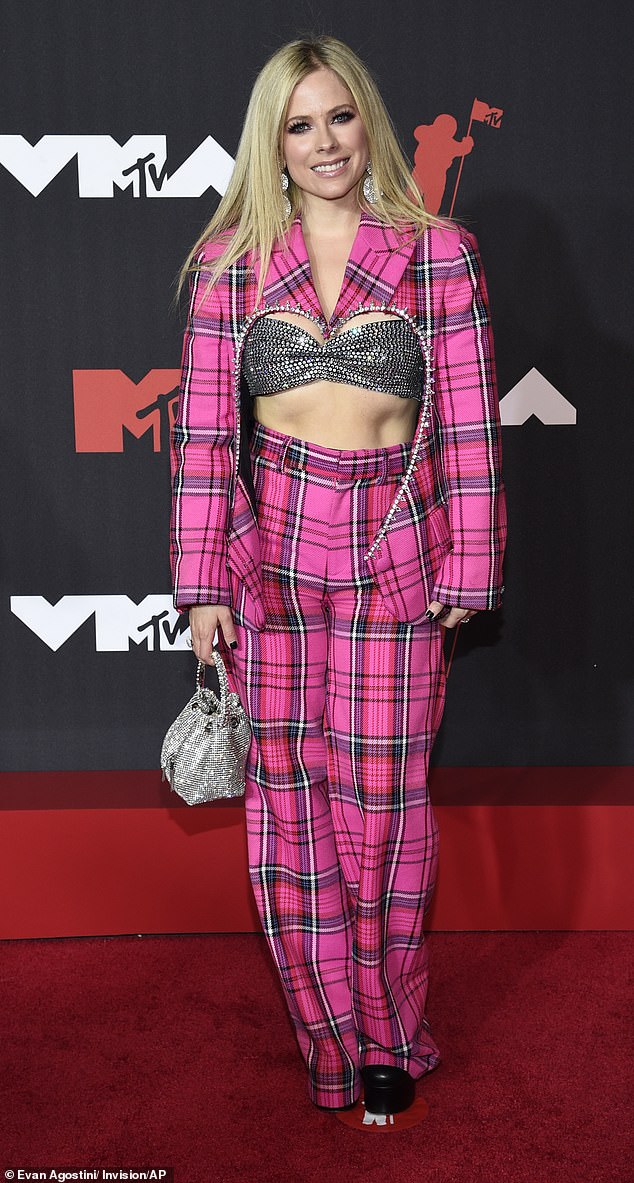 The jacket’s open front design also made it possible for her to flaunt the black and metallic sequin bra she wore underneath.

The Ontario, Canada Native, who’s among the award presenters, stepped out in black platform boots that gave her petite 5ft2in figure an extra couple of inches in height.

She rounded out her look with a very blingy handbag, along with black nail polish, a healthy dose of black eyeliner and her blonde tresses styled long, straight and with a part in the middle. 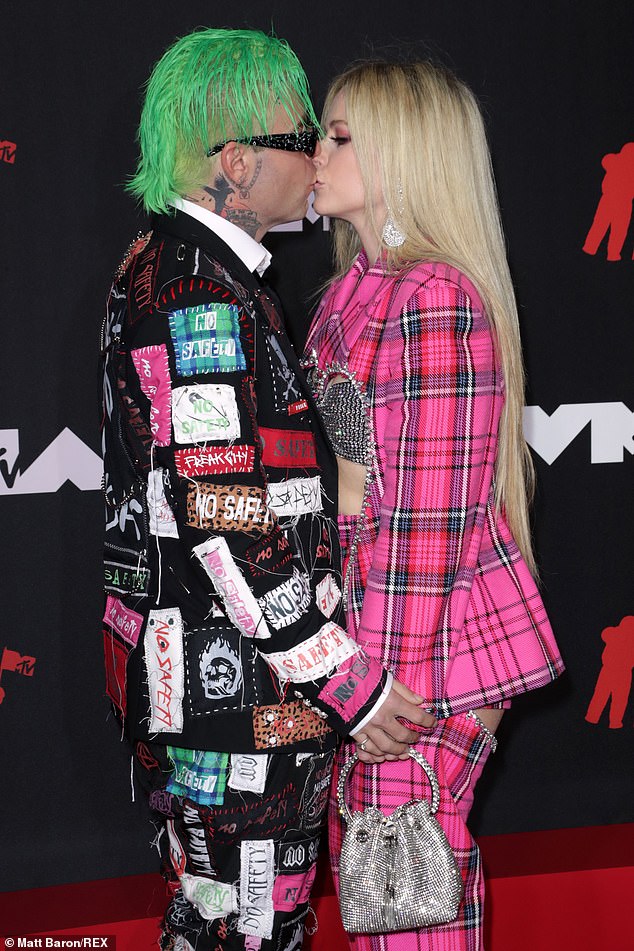 PDA: The Complicated star packed on the PDA,  with kisses and subtle touches, while on the the red carpet with boyfriend Mod Sun 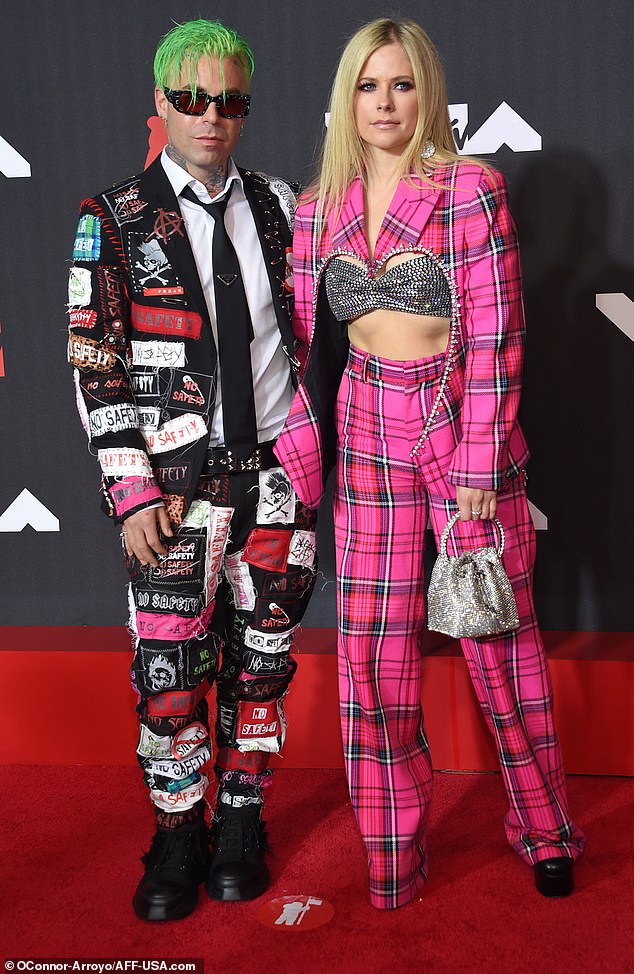 Edgy: Lavigne stepped out in black platform boots that gave her petite 5ft2in figure an extra boost, while her beau brought his rock n roll edge decked out in a black suit adorned with an array of patches

Mod Sun (born Derek Ryan Smith)  also brought his rock n roll edge decked out in a black suit adorned with an array of patches, such as the anarchy symbol and a safety pin, that have been associated with the varied punk rock movements dating back in the mid to late 1970s.

The musician, 34, matched the suit with a white shirt and black tie, and had his locks dyed green and shaved to a stubble along the sides.

Before heading to the MTV VMAs, the singer-songwriter shot a video selfie while out on a walk by himself, where he declared: ‘Wow I love New York City. God d**n.’

Earlier on Sunday, Sun took to his Instagram page and shared a series of photos and videos, where he shared the details of his hectic schedule leading to his arrival in New York. 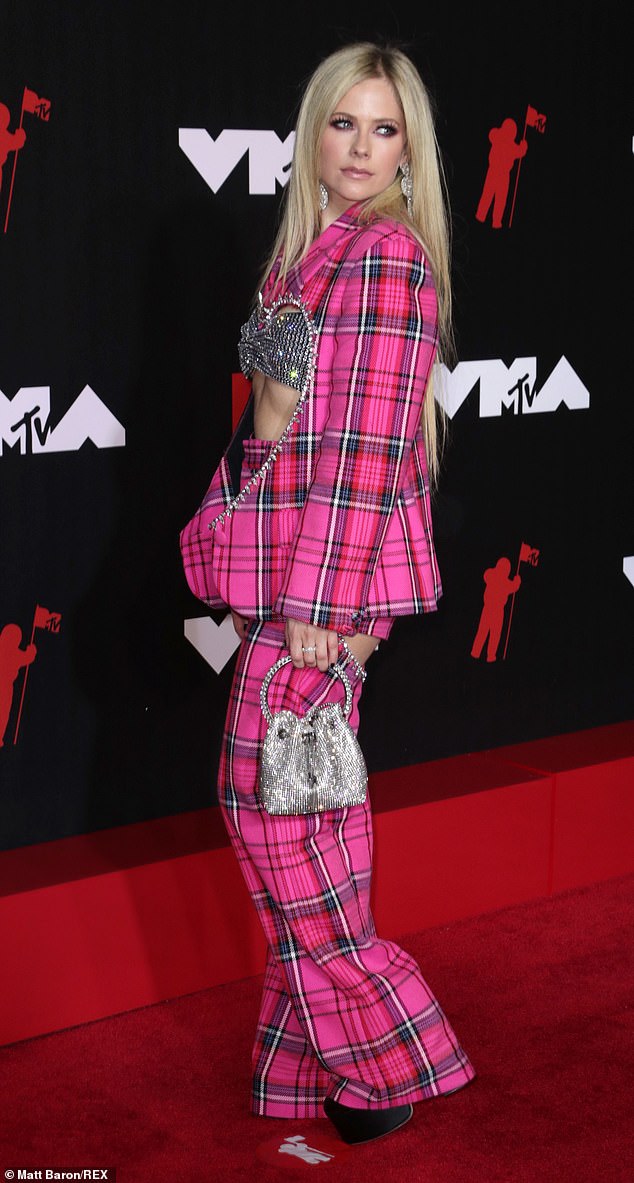 Hitting the stage: The Ontario, Canada Native, who’s among the award presenters,

It turns out he just started a tour in California this past week in support of his Internet Killed The Rockstar album. After playing three gigs in the Golden State, including two shows at The Roxy in Hollywood, he caught a flight to the East Coast.

Among the images he posted: a photo of the couple sharing a sweet smooch in front of a small plane that he likely used to make it to the VMAs.

He has to fly out to his native state of Minnesota for a show at the Varsity Theater on Tuesday, as part of his ongoing Internet Killed The Rockstar Tour. 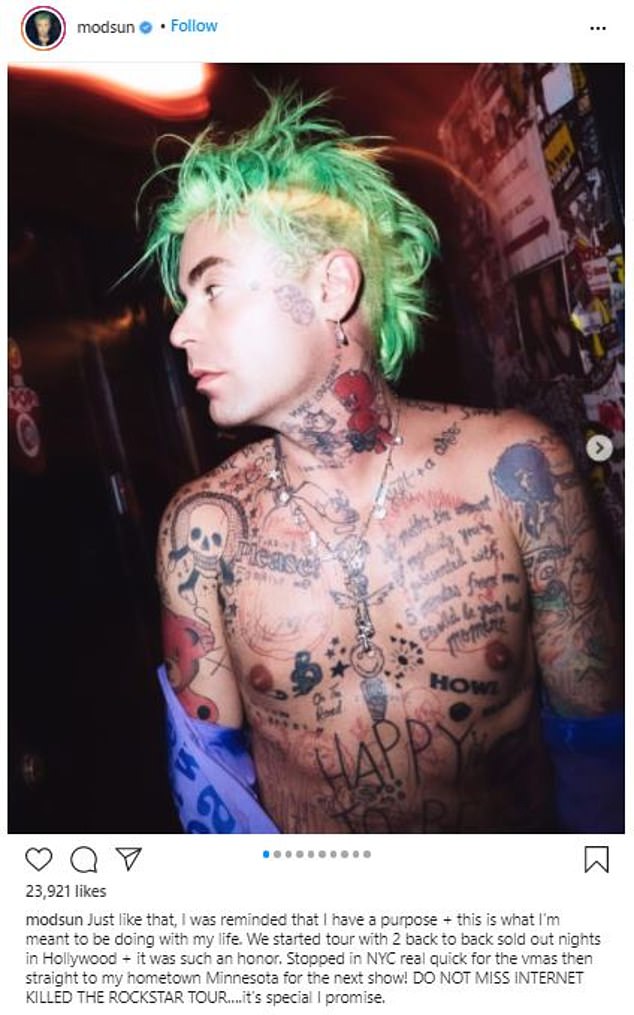 Road warrior: Mod Sun, 34, also shared a series of photos and video clips where he detailed how he took a break from his tour to make it to the MTV VMAs 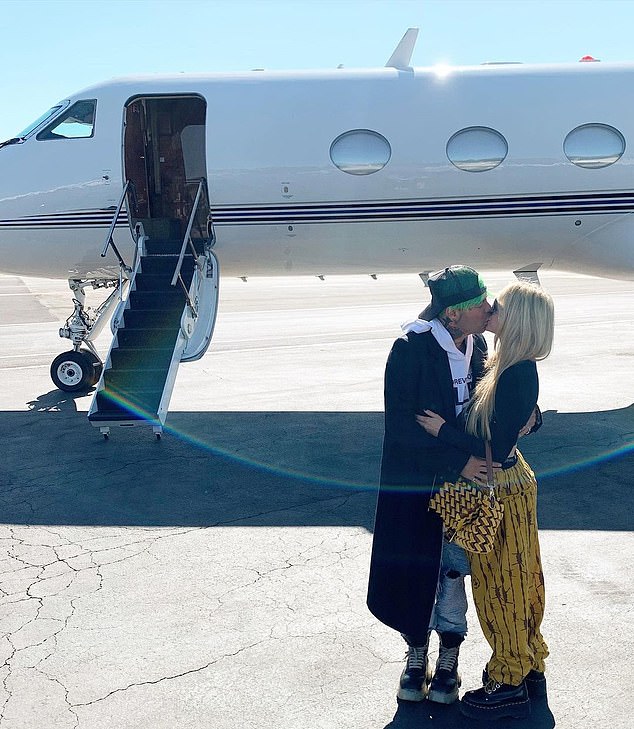 On tour: The couple shared a sweet smooch in front of a small plane that Sun likely used to make it to the VMAs in New York

Lavigne, 36, last released her sixth studio album, Head Above Water , in February 2019. She is slated to drop a new album, which she confirmed has been completed, sometime this year.

Over the years, Lavigne has been nominated for five MTV VMA awards, winning for Best New Artist In A Video in 2002 for Complicated. 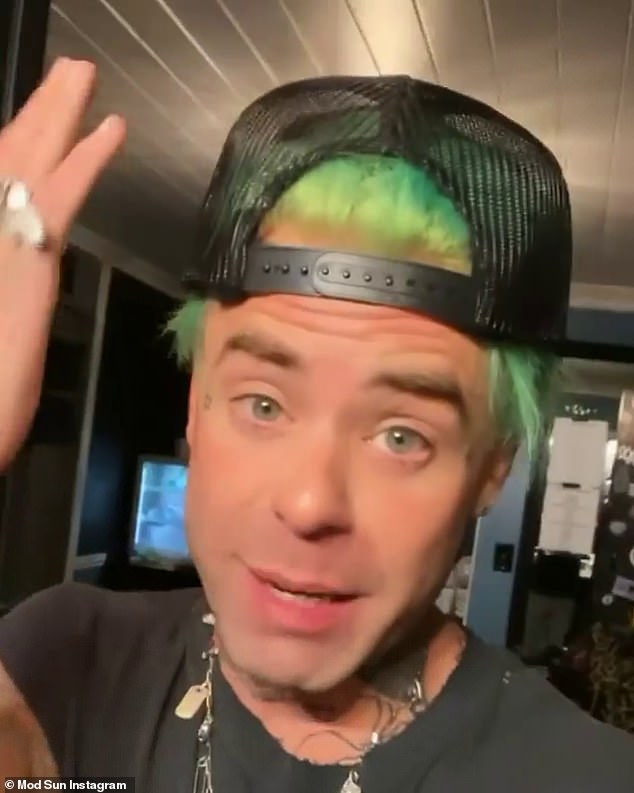 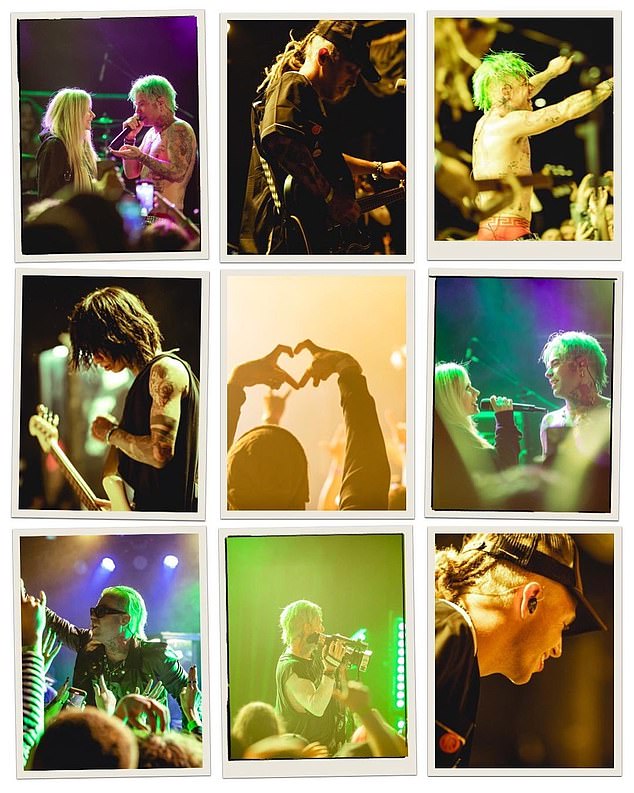