Ashley Banjo has given his followers a glimpse at his very impressive car collection during the Post a Picture Of Instagram challenge.

The BGT judge, 32, was asked by a follower to share a picture of ‘his whip’, with the star posting a snap of three vehicles lined up on driveway.

Making sure to label his drives, Ashley explained that he has a Mustang as his ‘old skool’ car and an Aston Martin Vantage for his ‘daily’ runaround. 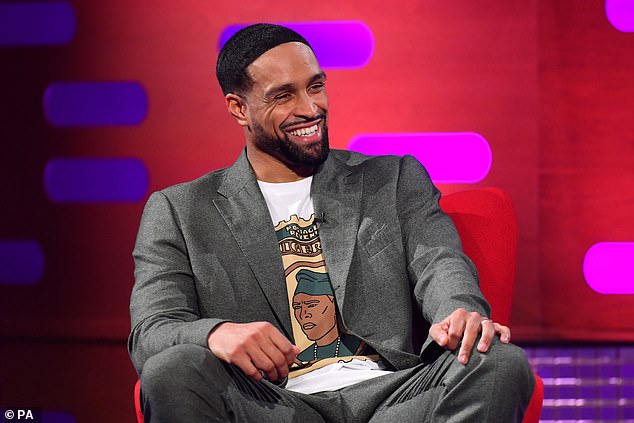 Not too shabby! Ashley Banjo has given his followers a glimpse at his very impressive luxury car collection (pictured in October)

According to Drive Tribe, the car’s interior has a Carbon Fibre dashboard, a new sound system, reversing camera and the majority is finished in black Nappa Leather with grey stitching.

While his ‘daily’ appears to be an Aston Martin Vantage, which costs around £125K and was inspired by the James Bond movies.

Only the side of his ‘family’ car could be seen in the snap, however it appears to be quite large and perfect for driving his two children – Rose and Micah – around. 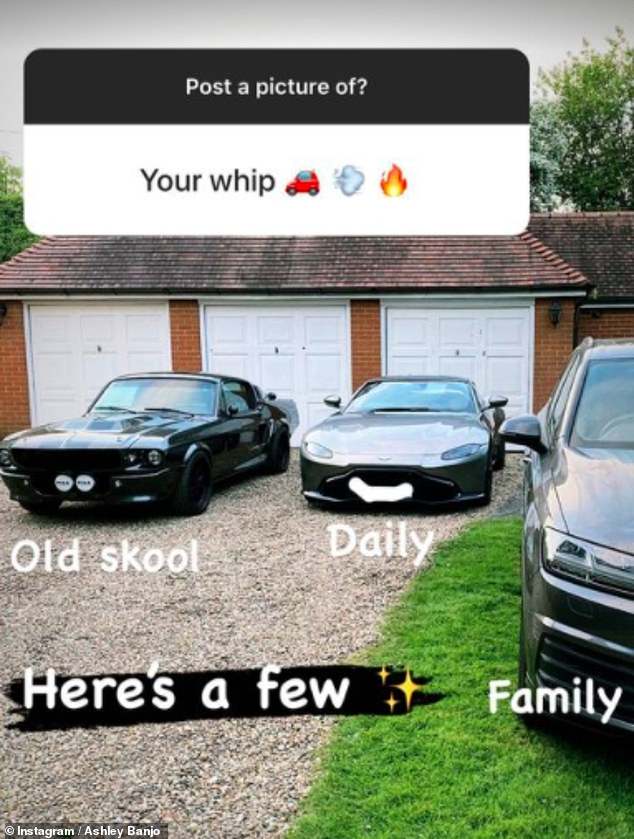 What a collection! The Diversity dancer, 32, showed that he has a 1967 Mustang as his ‘old skool’ car and an Aston Martin Vantage for his ‘daily’ runaround

He captioned the snap ‘here’s a few’, suggesting that there could be even more luxury cars in his collection.

Ashley also shared a snap of his first ever car, revealing he had blue a Fiat Punto after passing his driving test.

Although now worlds away from his first set of wheels, Ashley jokingly captioned the snap: ‘Miss you baby’ with a series of laughing emojis.

Ashley is thought to be worth around £745,000, according to Celebrity Net Worth.

He shot to fame with dance group Diversity on Britain’s Got Talent and has gone on to be a judge on the show as well as appear on The Real Full Monty on Ice. 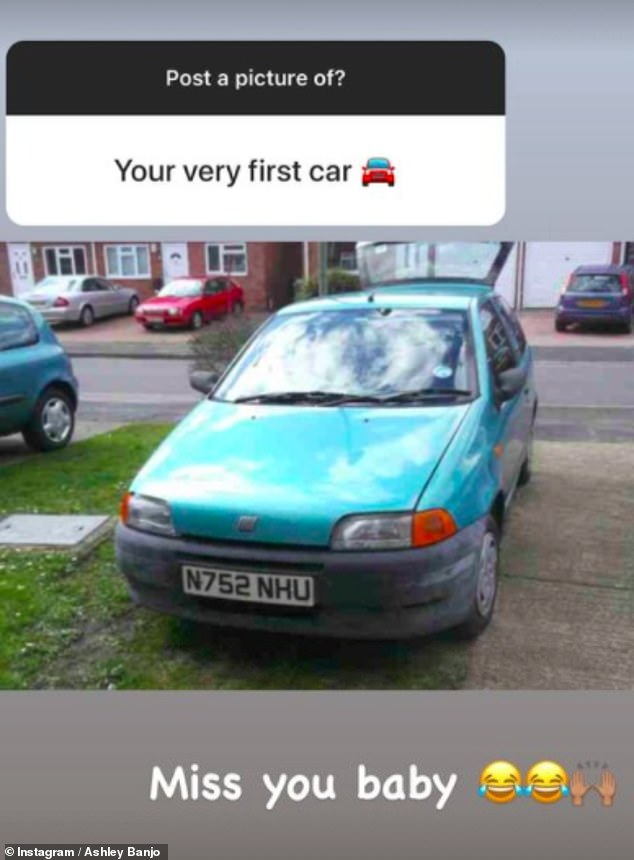 Fond memories: Ashley also shared a snap of his first ever car, revealing he had a Fiat Punto

It comes after Diversity returned to Britain’s Got Talent to perform on the Christmas special on Friday, after their BLM-inspired dance sparked 24,500 complaints.

The dance group were joined by judge Ashley, Diversity Juniors (DVJ) and former winner George Sampson to put on a heart-warming festive routine for viewers.

Of their routine, Ashley explained: ‘We want to tell the story of Christmas magic, and why this time of the year everyone should be coming together.’

Perri Kiely said of bringing the two groups together with George: ‘We’re going to put it in a Christmassy cauldron, put it together and see what comes out.’

The moving dance saw a member of DVJ take centre stage as she played a child alone at Christmas, who was then joined by the junior troupe and George. 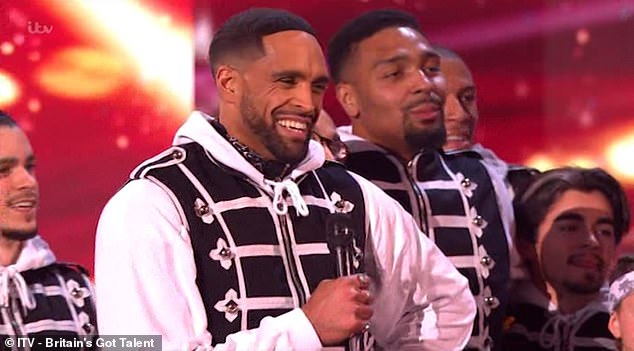 BGT Christmas special: It comes after Diversity returned to perform a heart-warming festive routine on Friday after their controversial BLM-inspired dance sparked 24,500 complaints

Diversity then came on stage with her and after showing off their sensational moves Ashley appeared to dance alongside them.

Ending on a sweet message, the dance saw the group put on a light show which then showed the message ‘reach out this Christmas’.

Diversity’s performance on the most recent series of BGT received 24,500 Ofcom complaints, making it the most complained about TV moment of the year.

ITV ‘stood with Diversity’ as they featured adverts in national newspapers in support of the controversial dance while Ofcom announced they will not investigate the complaints any further.

The act saw group leader Ashley have a white man’s knee leaning on his neck, in reference to the death of black man George Floyd earlier this year. 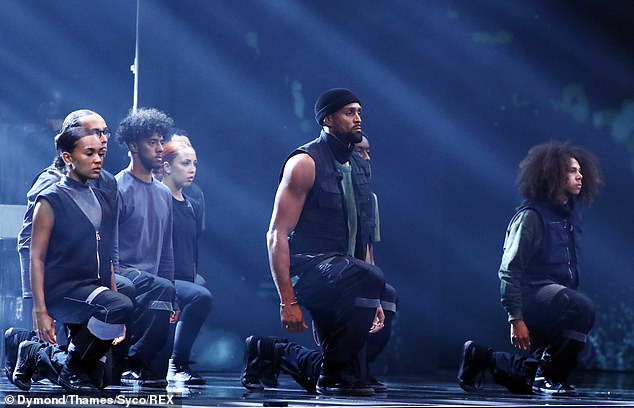 Controversy: Diversity’s performance on the most recent series of Britain’s Got Talent received 24,500 Ofcom complaints, making it the most complained about TV moment of the year