The £50million ace, 24, went public with the Instagram model, 25, from Hertfordshire on Sunday night, with the pair posting pictures of themselves holding hands on their individual accounts.

Former Brighton defender Ben’s distinctive hand tattoos confirmed his identity, and it is believed the loved-up couple have been in a relationship for several weeks. 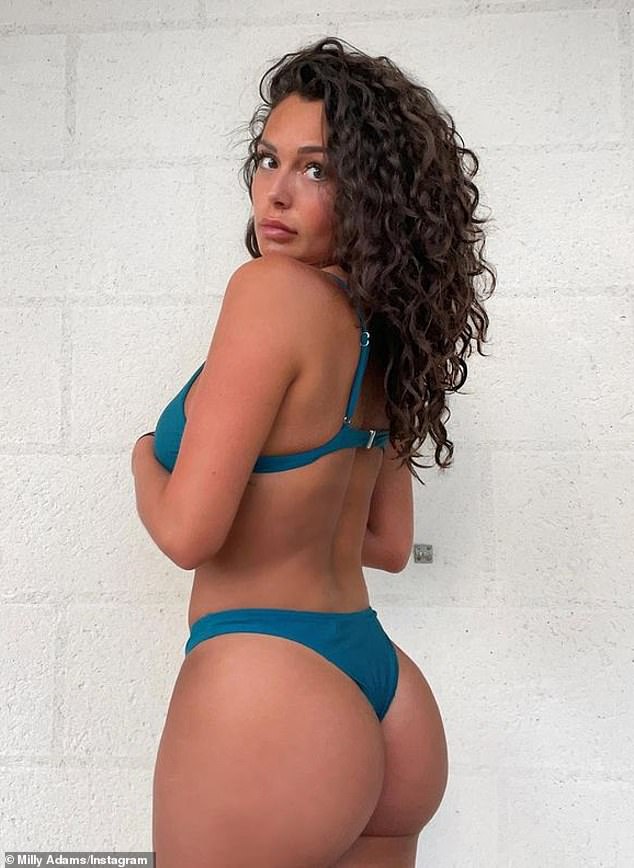 A source said: ‘Ben and Milly are totally smitten with each other.

‘They have been dating for a few weeks now, and are enjoying going spending time together in London.

‘It’s the first time Ben has gone public with a girlfriend on his Instagram, he knew their posts wouldn’t go unnoticed because he has such distinctive hand tattoos.

‘Milly is loving being wined and dined by Ben and the fact he was willing to show her off on his profile.’

MailOnline has contacted Ben’s representatives and Milly for comment. 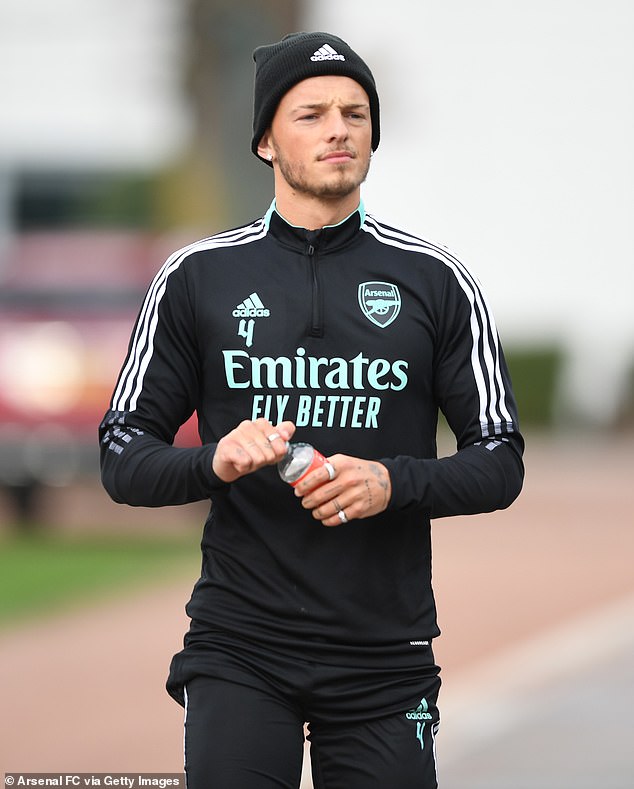 Loved-up: The £50m ace went public with the Instagram model from Hertfordshire on Sunday night, with the pair posting pictures of themselves holding hands on their individual accounts 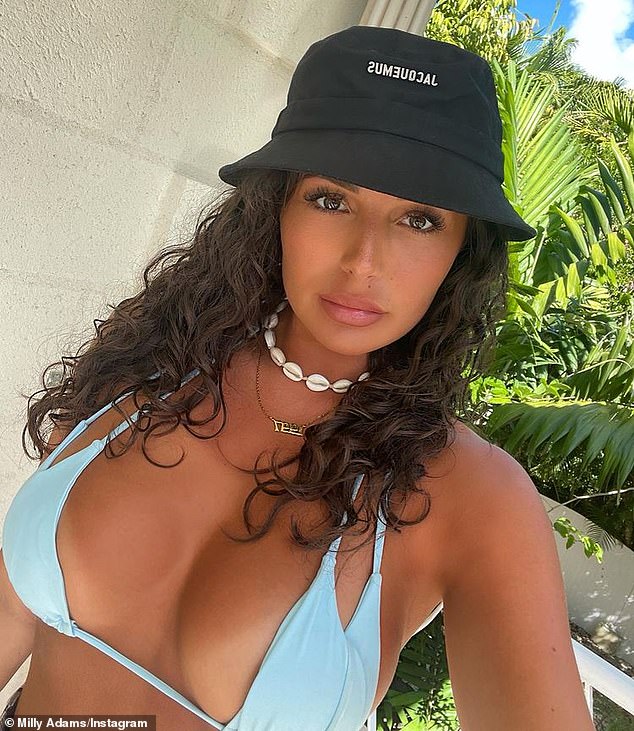 Gorgeous: Former Brighton defender Ben’s distinctive hand tattoos confirmed his identity, and it is believed the loved-up couple have been in a relationship for several weeks

On Sunday, Ben, who joined Arsenal last summer, posted a photo to his 539K followers on Instagram that showed him holding hands with girlfriend Milly.

The Nottingham Trent graduate shared a similar image to her profile, displaying the footballer’s distinctive 1959 tattoo and her manicured nails that included a B initial in tribute to her man.

Ben has also liked a string of Milly’s sexy pictures on Instagram, including a photo of the stunner at London Restaurant Ours taken in January, and a snap of her wearing a blue bikini from a Barbados holiday last year.

Milly, who also has tattoos on her hands, holidayed last year in the Caribbean, as well as Ibiza, and has already caught the eye of DJ Jonas Blue, TOWIE’s Adam Oukhellou, and Too Hot to Handle’s Robert Van Tromp, who all follow her on social media. 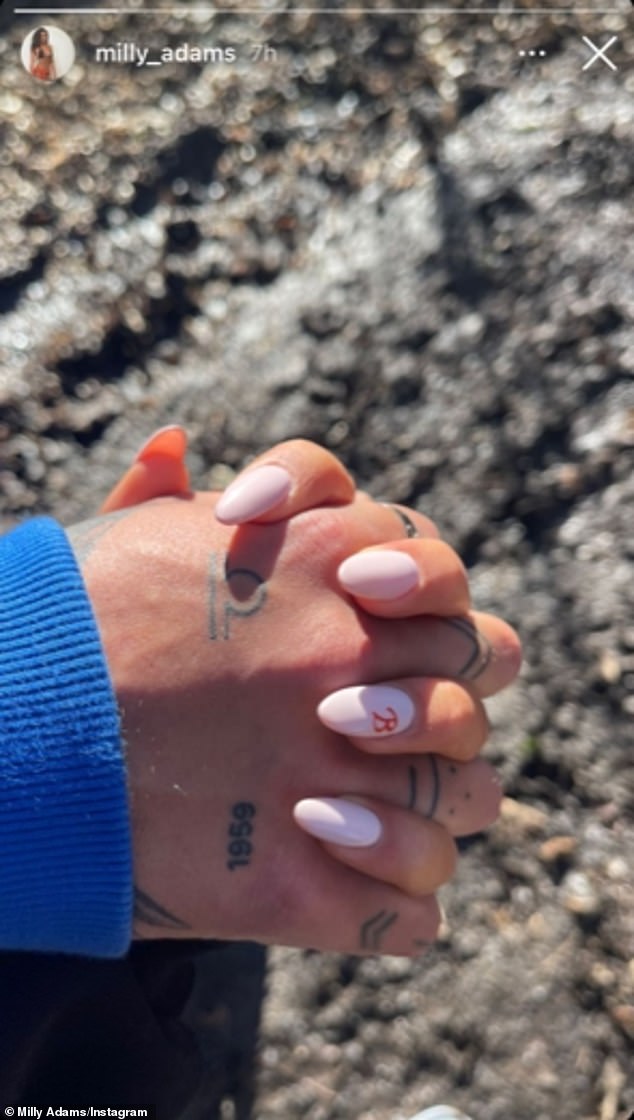 Official: Milly shared a photo of her holding hands with Ben to her Instagram, showing off the footballer’s distinctive tattoos and her manicure that included a B initial in tribute to her man 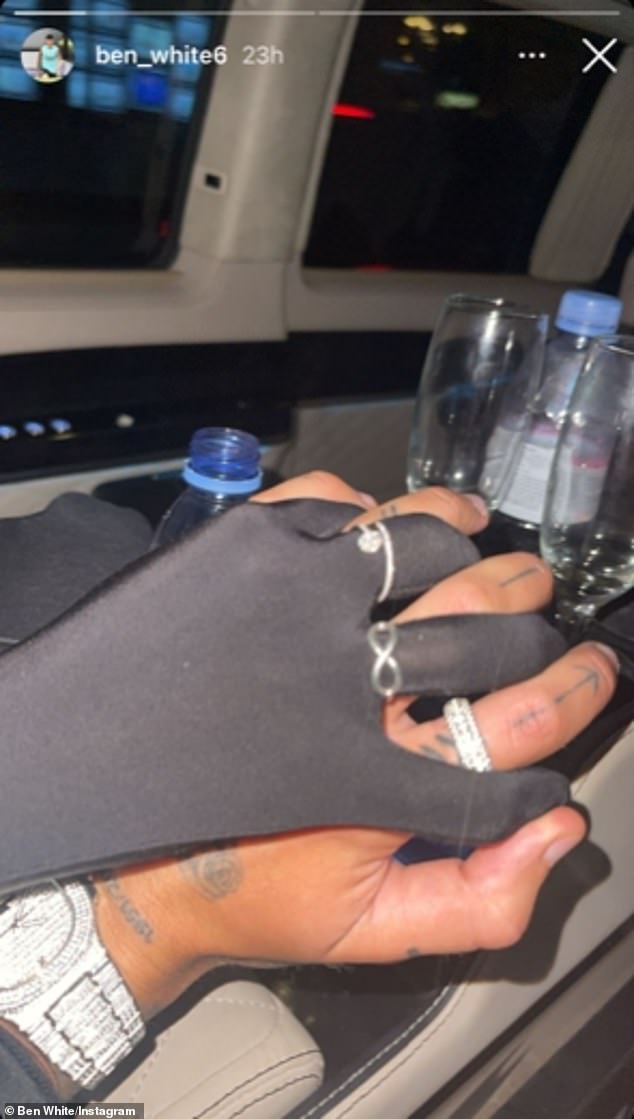 Entwined: Ben posted an image to his Instagram stories that showed him holding hands with Milly from inside a car as they enjoyed a date night together on Sunday

In January, Ben was pictured snogging a ‘mystery’ woman at a Dubai pool party during a break from the Premier League.

The unnamed beauty, who had a large tattoo on her leg, shared the steamy kiss with Ben at Dubai’s exclusive hotel FIVE Palm Jumeirah.

Ben signed for Arsenal last summer from Brighton for £50million and made his England debut in June, playing a friendly against Austria.

He was called into the Three Lions Euro 2020 squad as a replacement for the injured Trent Alexander-Arnold, having previously been placed on the stand-by list for the final 26. 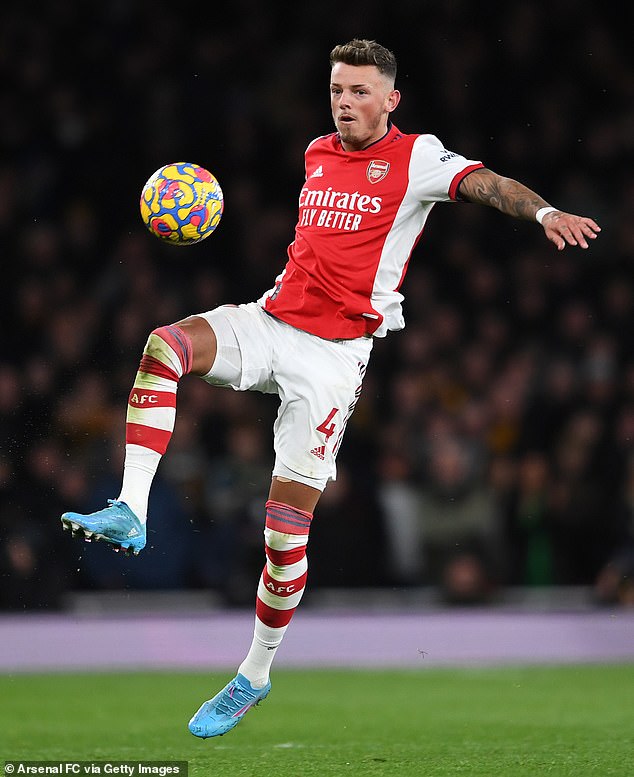 In action: Ben, pictured playing at the Emirates last Thursday during Arsenal’s last minute win over Wolves, has liked a string of girlfriend Milly’s sexy Instagram posts (pictured in February) 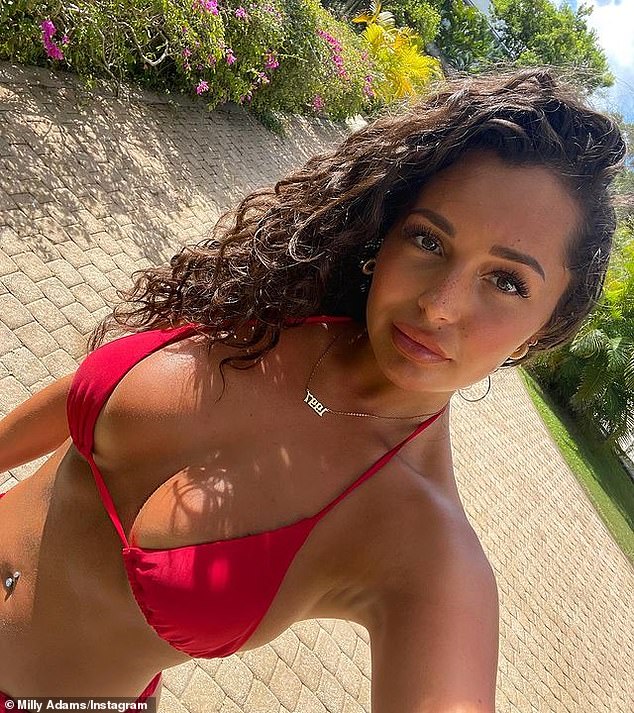 Stunner: Milly has recently holidayed in Ibiza and Barbados while Ben was seen last month kissing a mystery woman during a break from the Premier League in Dubai