No more bad blood. Ariana Grande and Piers Morgan put their differences behind them and ended their feud during a serendipitous evening.

The British television presenter, 53, ran into the “7 Rings” singer, 25, while in Los Angeles and the pair decided to hash out their issues. “Thank u for a great night @ArianaGrande x,” Morgan tweeted in the early hours of Wednesday, February 20, to which Grande responded, “Thank u for some laughs and some v productive conversation ! it was nice bumping into u ! #FutureFeministPiers #FingersCrossed.” 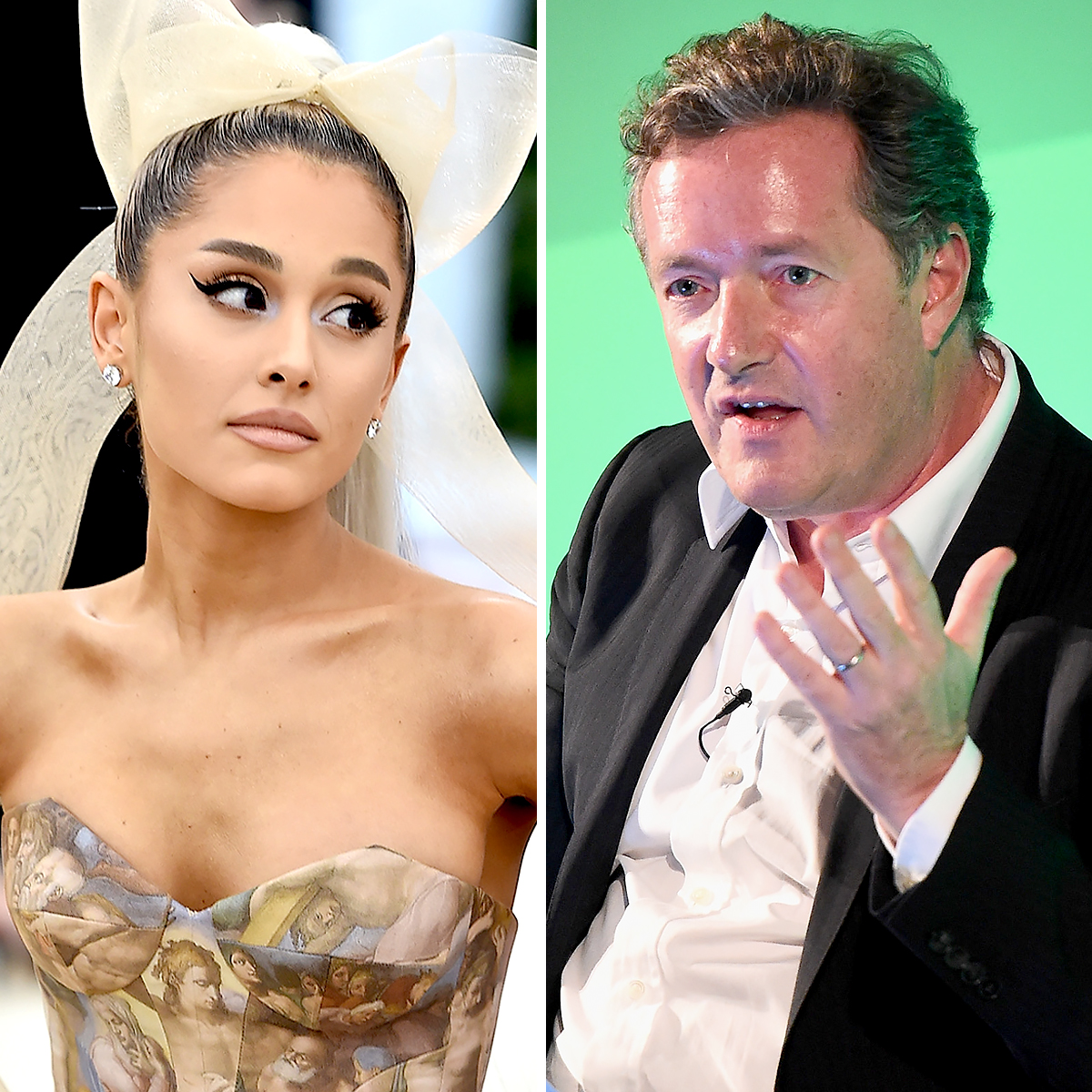 The former Nickelodeon star also explained the interaction to a confused fan. “Well………… we bumped into each other. at a restaurant. and i decided to sit with him and we spoke for a while,” she tweeted. “I think some progress was made! turns out face to face discussions are a bit kinder and gentler, even if you do indeed disagree. :).”

A few hours later, Morgan posted a selfie of the duo and captioned the tweet, “So… we bumped into each other in a LA restaurant, she joined me for ‘a chat’ & 2 hours later we were still chatting. We laughed, we argued, she cried, I nearly did, the drinks flowed & we bonded. Turns out we really like each other. Weird. Thank u ⁦@ArianaGrande⁩ – next?” 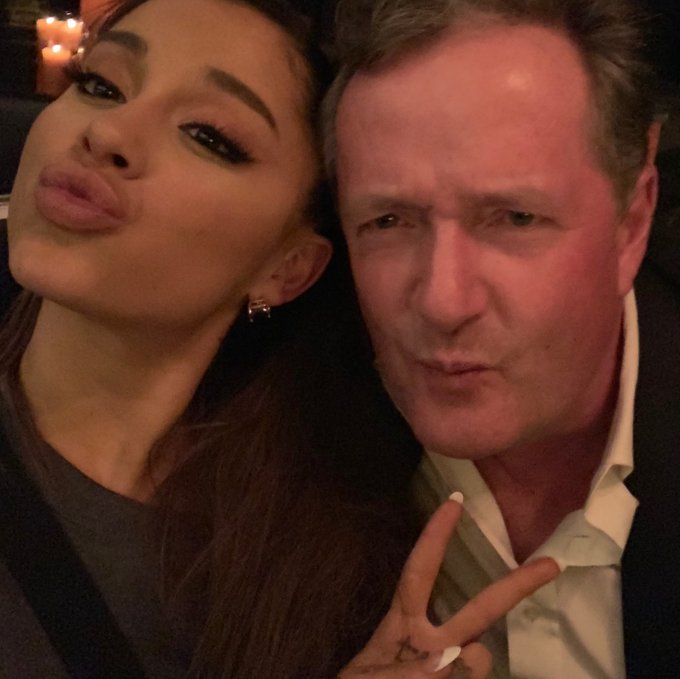 So… we bumped into each other in a LA restaurant, she joined me for ‘a chat’ & 2 hours later we were still chatting. We laughed, we argued, she cried, I nearly did, the drinks flowed & we bonded. Turns out we really like each other. Weird. Thank u ⁦@ArianaGrande⁩ – next?

The Scream Queens alum and the former America’s Got Talent judge got into a tiff in November 2018. Morgan criticized Ellen DeGeneres for “drooling over famous men’s bodies” and slammed British girl group Little Mix for copying the Dixie Chicks’ naked photoshoot, which prompted the musician’s mom, Joan Grande, to fire back.

“Honestly what is wrong with you @piersmorgan,” Joan, 50, tweeted. “Didn’t your mother ever teach you, if you have nothing nice to say, don’t say it! You came for @TheEllenShow yesterday which was disgraceful, she is an angel. @LittleMix today, did you ever hear of paying homage? And..well never mind.”

Morgan asserted in response: “My mother taught me to speak my mind & never be afraid to express honestly held opinion. Ellen’s a hypocrite – and as for Little Mix, I’d just prefer they use their talent to sell records rather than their nudity. As your own daughter does…!”

While Ariana kept her mouth shut at the beginning of the feud, she chimed in following the snarky comment directed toward her. The Grammy winner tweeted, “Ellen is an incredible & kind human being.. I use my talent AND my sexuality all the time because i choose to. women can be sexual AND talented. naked and dignified. it’s OUR choice. & we will keep fighting til people understand. i say this w all due respect but thank u, next.”