Prince Harry and Meghan Markle‘s children might live many miles away but their connection to the British royal family remains strong.

Archie, three, and Lilibet, one, reside with their parents in Montecito, California and have only visited the UK on a handful of occasions.

But now a remarkable coincidence between the monarchy and the two children has come to light.

It was revealed this week that Archie’s grandfather, King Charles, will be coronated on 6 May – the same day as the little boy’s fourth birthday. 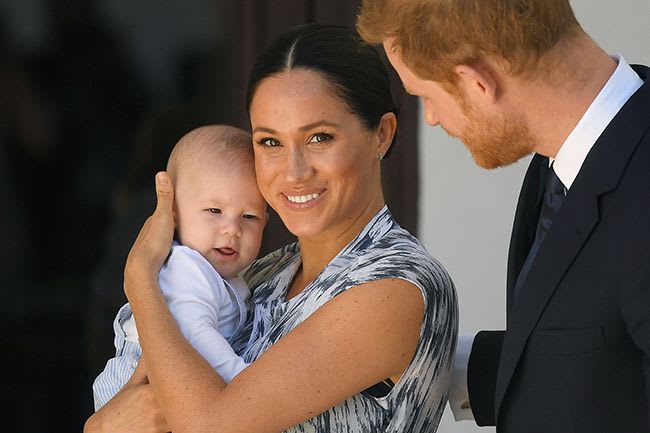 It is not yet known whether his son Prince Harry and his family will attend the occasion – but it seems unlikely.

Marlene Koenig, royal historian, told HELLO!: “Archie is too young to attend the coronation. But Charles was four and a half. However, Archie is not heir to the throne or even remotely close to the throne.”

It’s not the only coincidence involving the Sussex children. In June this year, Lilibet celebrated her first birthday – which just happened to fall at the same time as the Queen’s Platinum Jubilee.

It meant that Lili and her family were in the UK at the time to mark the monarch’s historic landmark – and it’s widely believed it was also the first time that the Queen had met her namesake.

Lilibet “Lili” Diana Mountbatten-Windsor, who was born in California, was named in honour of the Queen, whose family nickname has been “Lilibet” since she was a child. The baby’s middle name Diana was chosen in memory of her grandmother.

The date of King Charles’s upcoming coronation was chosen in consultation with the government, the Church of England, and the Royal Household, Buckingham Palace has confirmed.

The ceremony will take place at Westminster Abbey, and will be conducted by the Archbishop of Canterbury. His Majesty will be crowned alongside the Queen Consort.

The Palace further confirmed that the coronation “will reflect the monarch’s role today and look towards the future, while being rooted in longstanding traditions and pageantry”.

Make sure you never miss a ROYAL story! Sign up to The Royal Explainer newsletter to receive your weekly dose of royal features and other exclusive content straight to your inbox.