They celebrated his sister Bella Hadid’s 23rd birthday with a star-studded party on Thursday night.

And Anwar Hadid looked like he was still recovering from the late night as he stepped out in New York’s East Village wearing the same outfit – and a pair of mismatched shoes – on Friday.

The model, 20, walked hand in hand with girlfriend Dua Lipa, 24, as they made their way to get sushi. 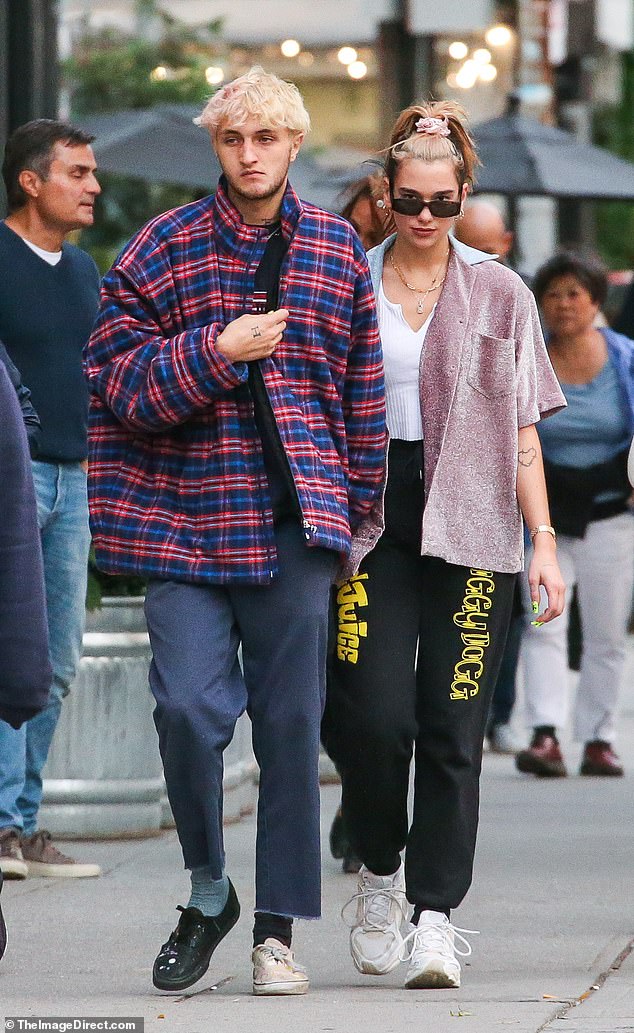 Late night? Anwar Hadid, 20, wore his checked jacket and mismatched shoes again as he went for sushi in the East Village, New York City, with girlfriend Dua Lipa, 24, on Friday

He paired the statement jacket with contrasting socks and shoes, opting for a kooky mismatched look.

Dua also went for a relaxed ensemble for their walk, but did manage to change out of her glamorous outfit from Thursday. 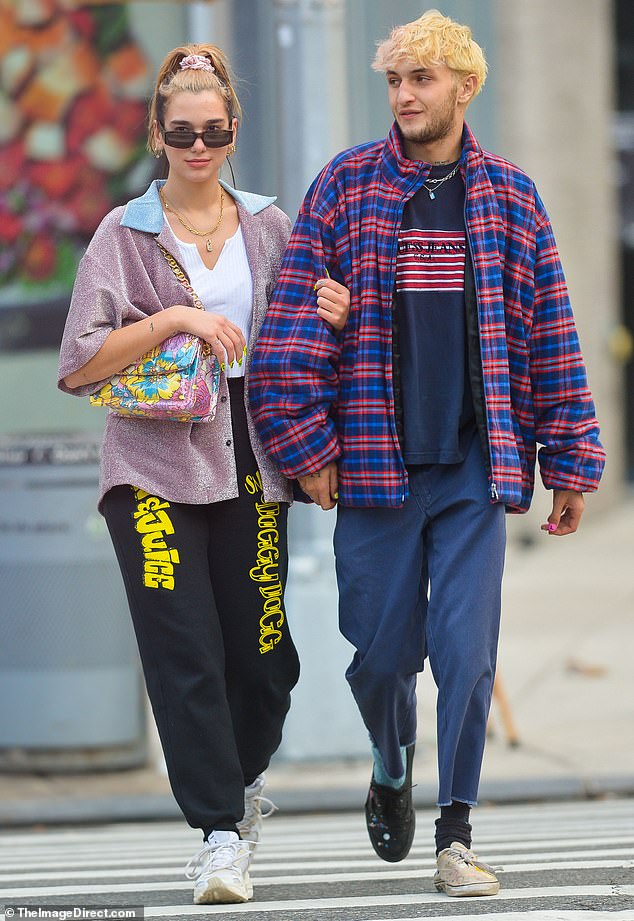 New couple: The happy pair looked relaxed as they strolled around the East Village on Friday, linking arms as they headed out for a bite to eat

To complete her look, Dua added some layered necklaces, a pair of black sunglasses and pulled her hair back into a pony tail which was tied with a scrunchie.

The fashionable couple joined Anwar’s other sister Gigi, 24, and their mother Yolanda, 55, as well as several of Bella’s model pals at the party.

Anwar wore his contrasting coat and sock combo to the party but appeared to have a different top on. 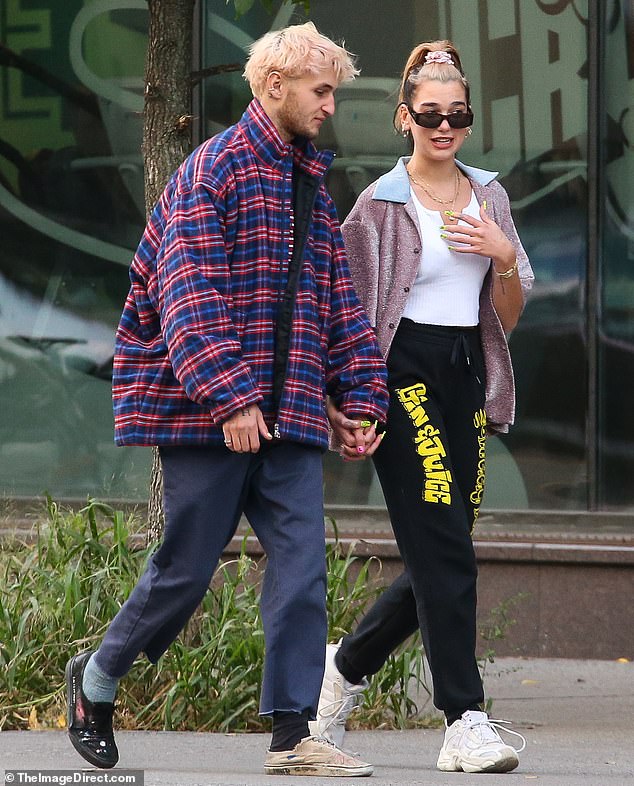 Dua showed off her fashion credentials in a glittering black and purple two-piece of a jacket and mini skirt which featured tassels.

She wore black tights and stiletto heels while flashing a neon manicure as she carried a red leather handbag emblazoned with the word ‘Dealer’.

While their relationship is still new, it seems the couple are getting serious.

Sources claim the pair are renting an apartment in New York so they don’t have to be apart so much.

‘Dua and Anwar are spending all of their time together so it just made sense for them to rent this place,’ an insider told The Sun. 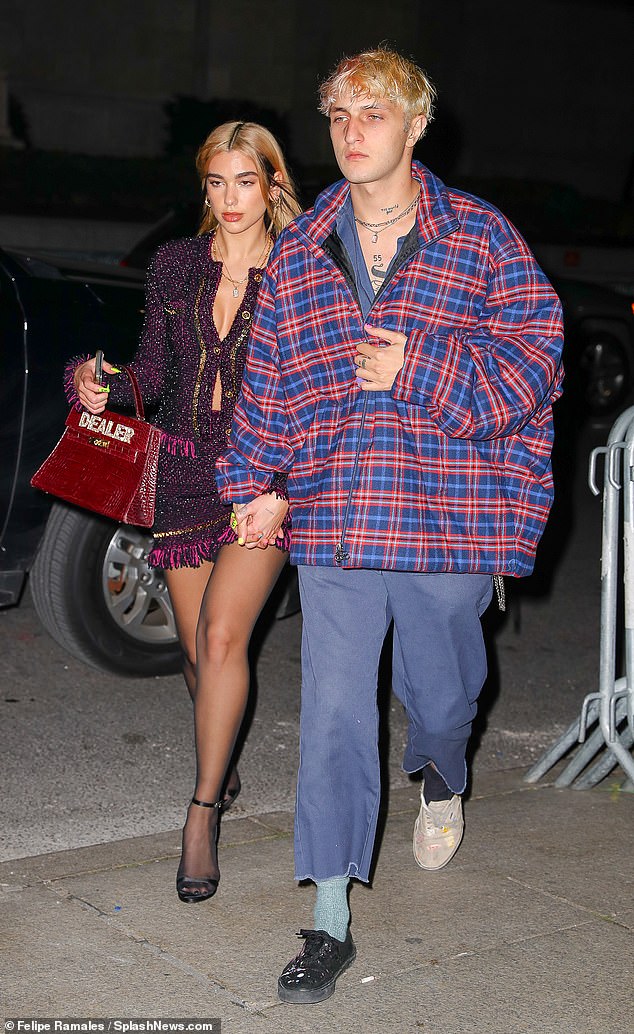 Bold: Anwar, a model like his two sisters, also wore the statement coat and jeans to Bella’s birthday bash at Saks Fifth Avenue in Manhattan on Thursday night