‘I’m not sure we’ll ever see the real him’: Ant and Dec hint that Matt Hancock isn’t being genuine on I’m A Celebrity – and confirm there WILL be a live Bushtucker Trial soon

He has caused a wave of controversy amongst viewers and fellow campmates since entering I’m A Celebrity… Get Me Out Of Here!

And it appears Matt Hancock hasn’t won over the show’s presenters Ant McPartlin and Declan Donnelly either, as the pair took to social media on Friday to admit they don’t think he’s being genuine.

Chatting with fans via a post-show live stream, the dynamic duo shared that they aren’t sure viewers will ever see the ‘real’ Matt, while also revealing that fans are soon to see a live bushtucker trial. 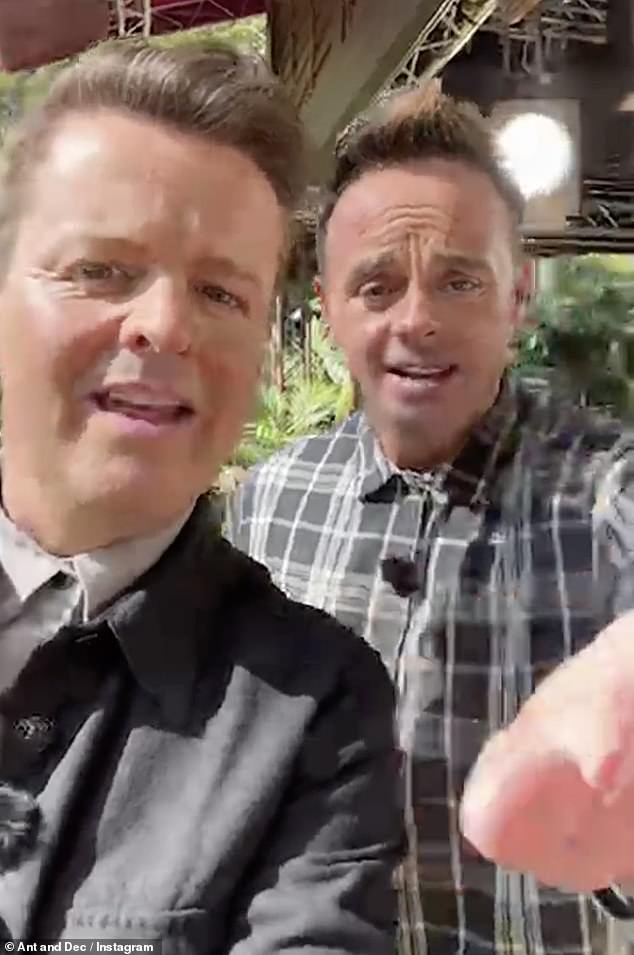 Not convinced: Ant and Dec have revealed that they ‘don’t think we’ll ever see the real Matt Hancock’ on I’m A Celebrity

Going live for their 4.7M Instagram followers, the pair began to debrief on the events of the celebrities’ first week in camp.

Talking on the former Health Secretary’s controversial entrance to the jungle, Dec began: ‘There is a lot of very open and honest conversations going on which I think is what we all wanted to see when we heard that Matt was going in.

‘We wanted the other campmates to have the opportunity to really grill him in an enclosed environment, I suppose’. 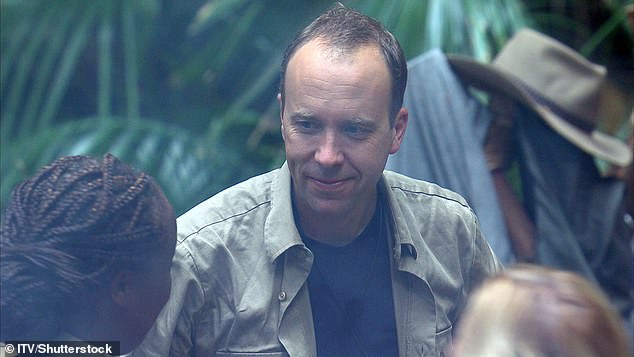 Controversy: The former Health Secretary has recieved a wave of backlash since entering the jungle, both from campmates and viewers 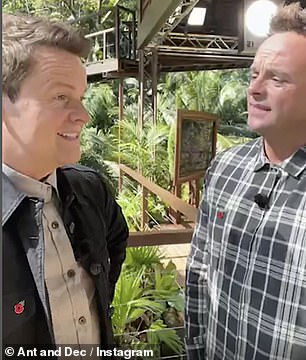 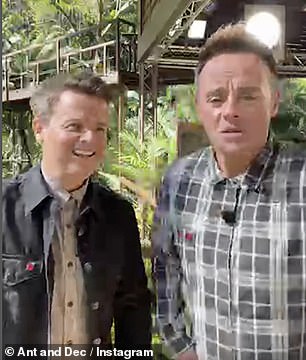 False? And it appears he hasn’t won over the show’s presenters Ant and Dec either, as the pair took to social media on Friday to admit they don’t think he’s being genuine

While Ant chimed in: ‘And I know Sue said “Oh, we’ve drawn a line under it now”‘.

‘I don’t think they have,’ admitted Dec, with his co-presenter adding: ‘I don’t think so, especially Chris Moyles, he said he still doesn’t feel like he saw the real Matt, and I kind of agree, will we ever see the real Matt? I’m not so sure.’

With Dec echoing: ‘I dont know’

Friday’s episode saw Matt get emotional as his fellow celebrity campmates probed him over his actions during the Covid-19 pandemic, while he was in the role of Health Secretary. 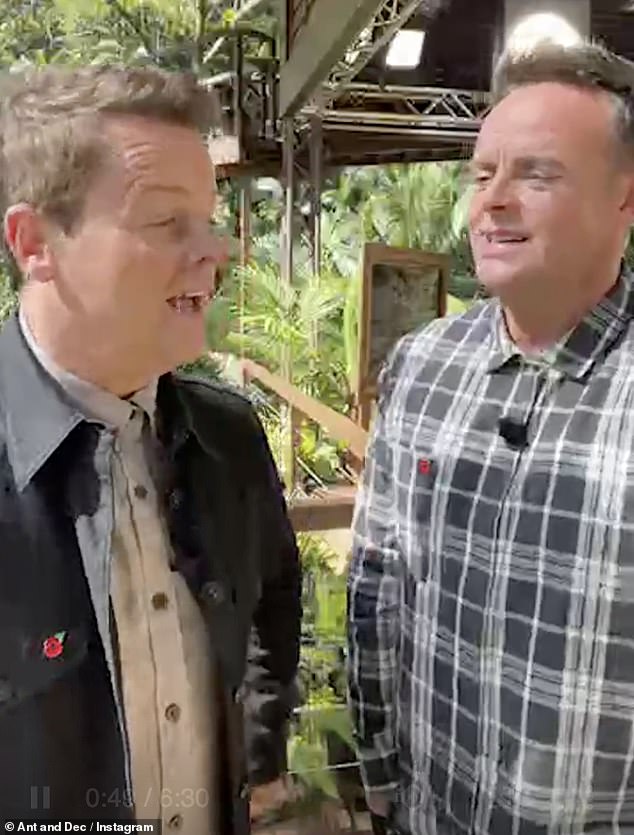 Ant continued: ‘Chris Moyles said he still doesn’t feel like he saw the real Matt, and I kind of agree, will we ever see the real matt? i’m not so sure’ 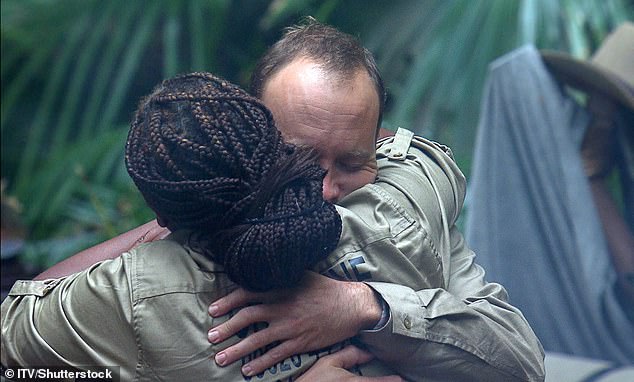 Emotional; Friday’s episode saw Matt get emotional as his fellow celebrity campmates probed him over his actions during the Covid-19 pandemic, while he was in the role of Health Secretary

Sharing that he was ‘looking for forgiveness’, the politician had a tear in his eye as he candidly spoke on his errors.

But turning the conversation back to the rest of camp, Ant and Dec continued their live stream to chat with fans about upcoming trials.

With Matt and Owen Warner set to take on the next bushtucker trial, the pair admitted that they’d like to see some other campmates take on the challenges.

And one fan questioned in the comment section: ‘Will there be a live trial this year?’ 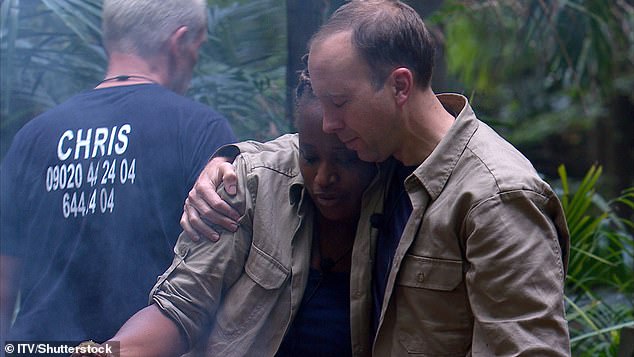 Sympathy: Sharing that he was ‘looking for forgiveness’, the politician had a tear in his eye as he candidly spoke on his errors

Turning to his co-host, Dec questioned: ‘Ant, is there a live trial this year.’

‘Yes, there is a live trial this year,’ confirmed Ant.

The return of the fan favourite trial comes after a two-year break of the show being in Autralia, moving to Wales due to Covid-19 restrictions, with the original format finally restored.

PHOBIAS: I am not too pleased about rats being in there but I am just trying to pretend it is not happening!

MISSING ANY BIG OCCASIONS? No, I am really looking forward to taking part in this show

BIGGEST MISCONCEPTION YOU WANT TO DISPEL IN THE JUNGLE: People have voiced their feelings about me and I am hoping they will see I am very different. I want to create new memories

ROLE IN THE CAMP: I am a great listener. I can’t cook but if someone would like to teach me, then I will give it a go

BEST ATTRIBUTE: I don’t want to put myself down but if my friends were to answer this question, they would say there isn’t much Seann can do! I am not really bringing too much to the table which is why I am a good listener!

DREAM CAMPER: Lee Evans, anyone from Blink-182 or Boy George. My mum took me to see him at Wembley and he wore a satellite dish as a hat!

PHOBIAS: Snakes. I don’t thankfully suffer from claustrophobia –or I think I don’t!

BIGGEST MISCONCEPTION YOU WANT TO DISPEL IN THE JUNGLE: Politicians are people too and it will be nice for people to see me as me. We are human too

ROLE IN THE CAMP: I like to muck in, and I think I will be collecting a lot of firewood. I like cooking too