‘This is the sexiest thing I’ve ever seen!’ Leigh-Anne Pinnock is gifted £95k Mercedes by footballer fiancé Andre Gray for her 30th birthday… weeks after giving birth to twins

Leigh-Anne Pinnock took to Instagram on Sunday to reveal that her footballer fiancé Andre Gray has gifted her a pricey Mercedes-Benz in time for her 30th birthday the following day.

The Little Mix band member beamed from ear-to-ear while sprawling across the £95k khaki G-Class, while keeping things casual in a grey tracksuit.

Appearing to be beside herself with delight, she placed a tender hand on her latest whip while wearing her dark brown tresses in their gorgeous natural curls. 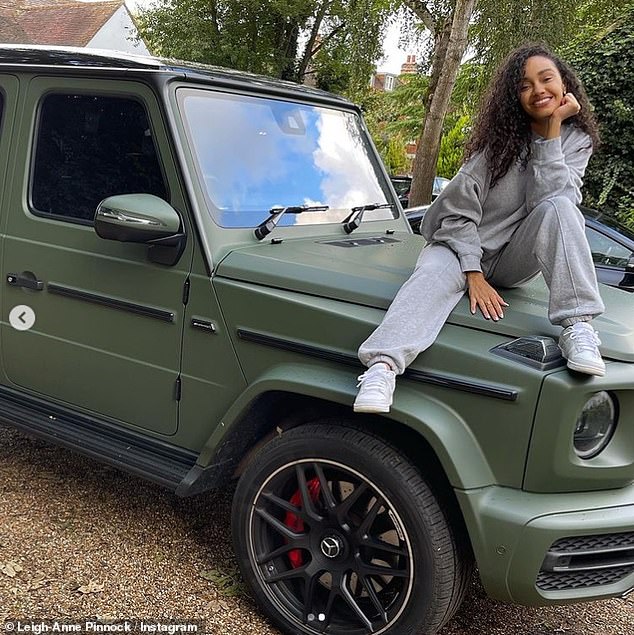 ‘This is the sexiest thing I’ve ever seen’: Leigh-Anne Pinnock couldn’t hide her excitement as she was gifted a khaki £95k Mercedes by her footballer fiancé Andre Gray for her 30th birthday… weeks after giving birth to twins

The purchase was (almost) all in a week’s work for her Watford FC beau, who reportedly rakes in a whopping £70,000 every seven days.

Last month Leigh-Anne shared the surprise news that she had given birth to twins, and shared the joyous news in an Instagram post. 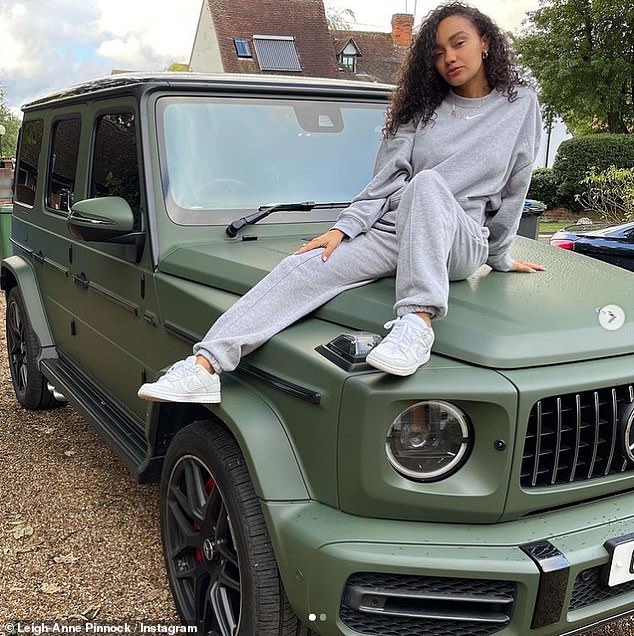 Posing: She kept things casual in a grey tracksuit and wore her dark brown tresses in their gorgeous natural curls for the slew of shots

Delighted: She wrote this caption to accompany her post

The singer shared no further details about her new arrivals, shocking fans with the announcement as she had not revealed she was expecting twins.

She got engaged to Watford FC player Andre, 30, last year after he proposed at their home during lockdown. 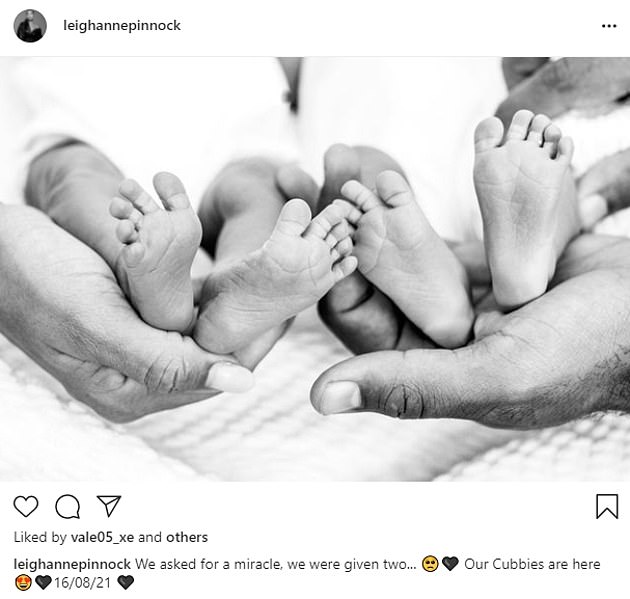 Surprise: She welcomed her twins to the world last month

Explaining the moment Andre got on one knee, Leigh-Anne said he ‘set up candles like something out of a movie.’

Speaking on Bumble’s ‘My Love Is…’ podcast in November, she said the pair were watching a movie at the time.

She continued: ‘Then it cut out and there was pictures of us, it was playing our song, then the screen changed to ‘Will you marry me?’ and he was on one knee.’ 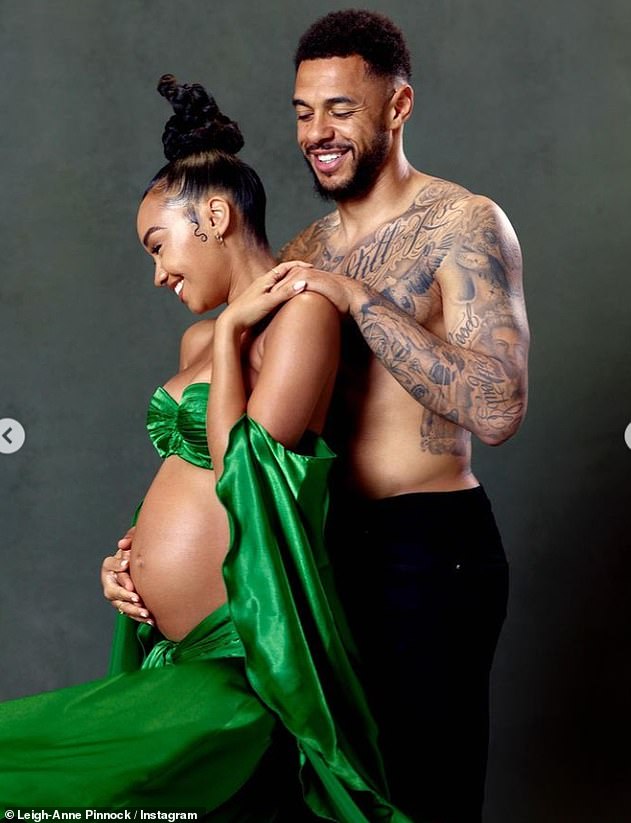 Parents: The Little Mix star shares her twins with her fiancé Andre Gray