Angelina Pivarnick has confessed that she and her husband, Chris Larangeira, have not been intimate over the course of their relationship.

The reality TV personality made the revelation about her marriage on the midseason finale of Jersey Shore: Family Vacation, which aired on Thursday.

During a confessional, the 34-year-old admitted that she did not have sex with her husband on the night that they were originally married. 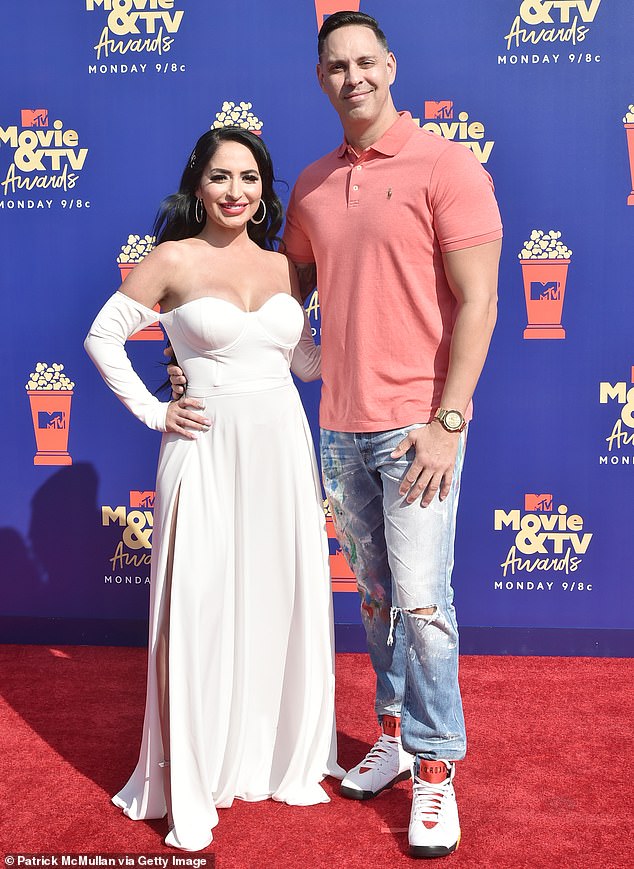 Keeping it PG-13: Jersey Shore’s Angelina Pivarnick recently revealed that she has not had sex with her husband Chris Larangeira; the coupe is pictured at the 2019 MTV Movie & TV Awards

She also expressed hope that the couple would become intimate after exchanging vows for a second time and noted that she was not holding her breath over it.

‘Unfortunately, Chris and I did not have sex, and there was no sex on the real wedding night, either,’ Pivarnick said.

The reality television star added, ‘Maybe on the redo, redo we’ll finally have sex. Probably not but I’m just saying. Yeah, it’s probably not going to happen. It never happens anyway. We never have sex.’

The Jersey Shore cast member and her husband were initially married in 2019 after dating for just over two years. 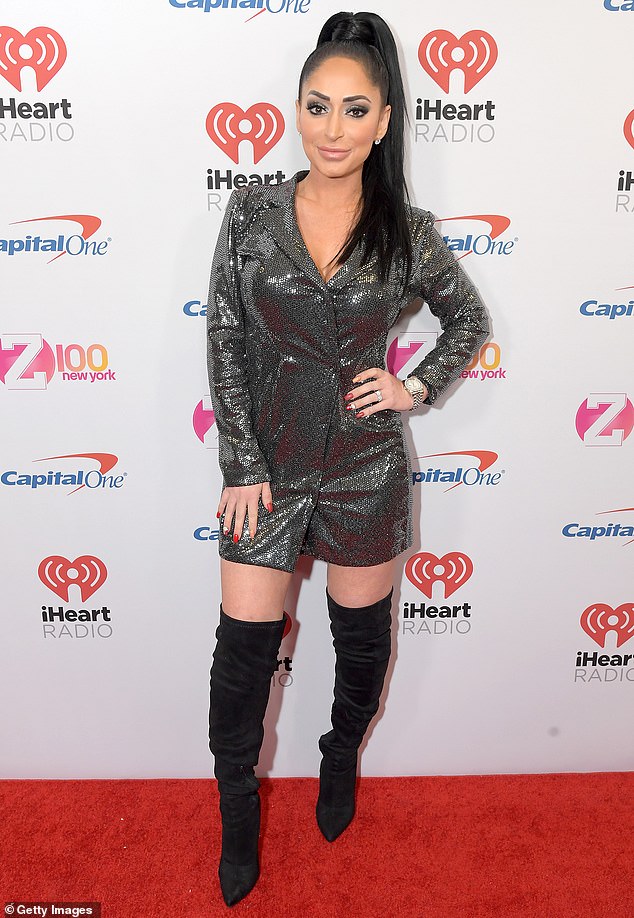 Marital bliss? The reality television personality also revealed that she did not have sex with her husband on their initial wedding night, which took place in 2019; she is seen in 2019

The pair had known each other since their younger years but did not make things official between them until much later in their lives.

Before becoming romantically involved with the sanitation worker, she was previously engaged two separate times.

After their first wedding was marked by rude comments from several of her Jersey Shore castmates, Pivarnick recently held a second ceremony, which took place in the wedding hotspot of Las Vegas.

Shortly after becoming engaged to her 43-year-old husband, she spoke to Entertainment Tonight and expressed her desire to quickly start a family with her now-spouse. 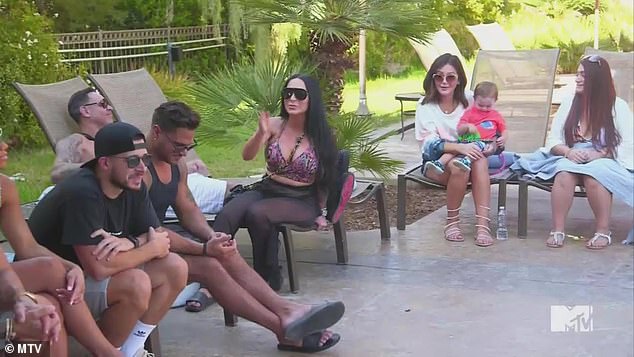 Onwards and upwards: Prior to her marriage to Larangeira, Pivarnick was engaged two separate times 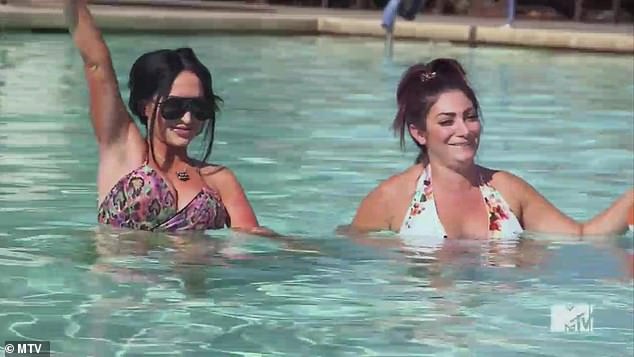 Doing it again: After receiving rude comments from several of her castmates at her original wedding, the reality television star recently had a second ceremony, which took place in Las Vegas

‘I am sooooo excited about becoming a wife and having kids…We are going to work on [the kids] rather quick,’ she remarked.

Pivarnick made her name as a reality star after being featured on the first two seasons of Jersey Shore; she left after clashing with multiple other cast members.

She returned to the franchise in 2018 after becoming a series regular on the show’s spinoff, entitled Jersey Shore: Family Vacation.

Apart from her appearances in the hit MTV franchise, Pivarnick has appeared on the VH1 series Couples Therapy and How Far Is Tattoo Far? 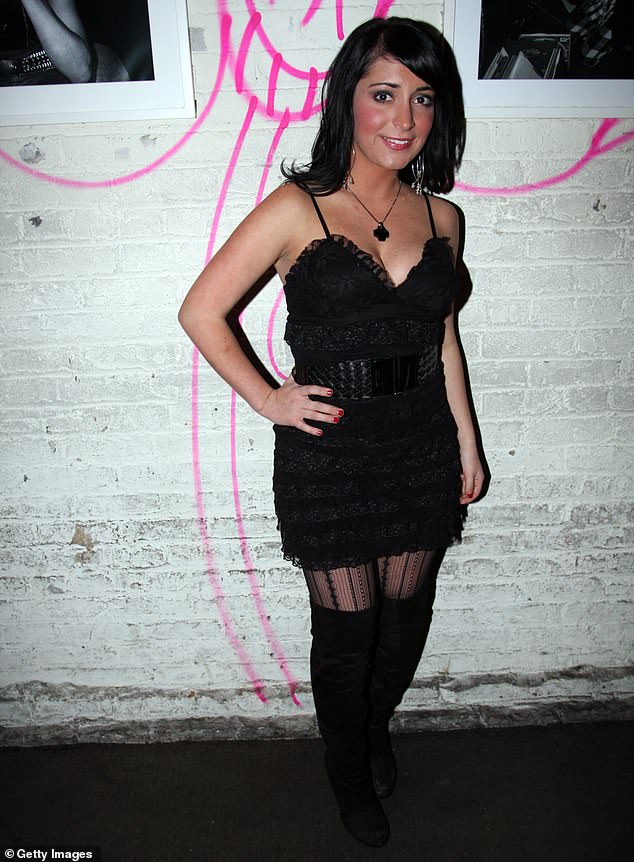 Throwback: Pivarnick was featured in the first two seasons of Jersey Shore; she left the show after clashing with multiple other cast members; she is pictured in 2010