Andy Dick, 55, and his new fiancée Elisa Jordana, 32, step out together in West Hollywood… amid rumors their engagement is a publicity stunt

Andy Dick and his fiancée Elisa Jordana were spotted stepping out together in West Hollywood on Friday night.

The NewsRadio actor and his newly-engaged partner appeared to be enjoying their romantic evening as they took a shared stroll after walking her dog Fozzie; at one point, the actor was seen placing his arm around his future spouse.

The pair’s outing comes amid rumors alleging that their entire relationship and engagement is simply a publicity stunt. 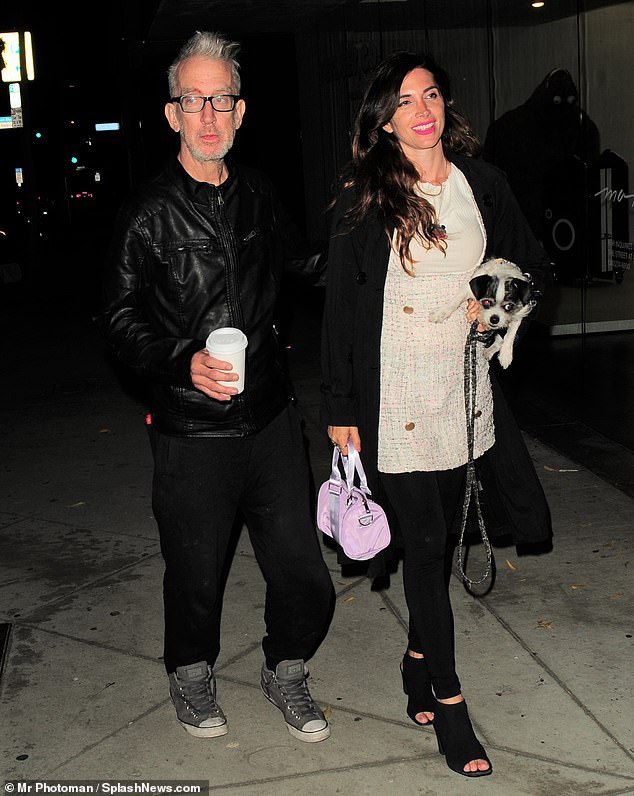 Stepping out: Andy Dick and his new fiancee Elisa Jordana were spotted spending time together in West Hollywood on Friday night

Dick was dressed in a sleek leather jacket during his night out, which he matched with a set of baggy jeans.

The 55-year-old actor appeared to be opting for comfort during his walk, as he was seen wearing a pair of gray Converse sneakers.

His 32-year-old fiancée wore a large black overcoat, which was paired with matching sets of athletic leggings and heeled shoes.

The radio personality added an element of contrast to her outfit with a beige minidress; her flowing brunette hair fell onto her shoulders during the shared stroll; she was not seen wearing an engagement ring. 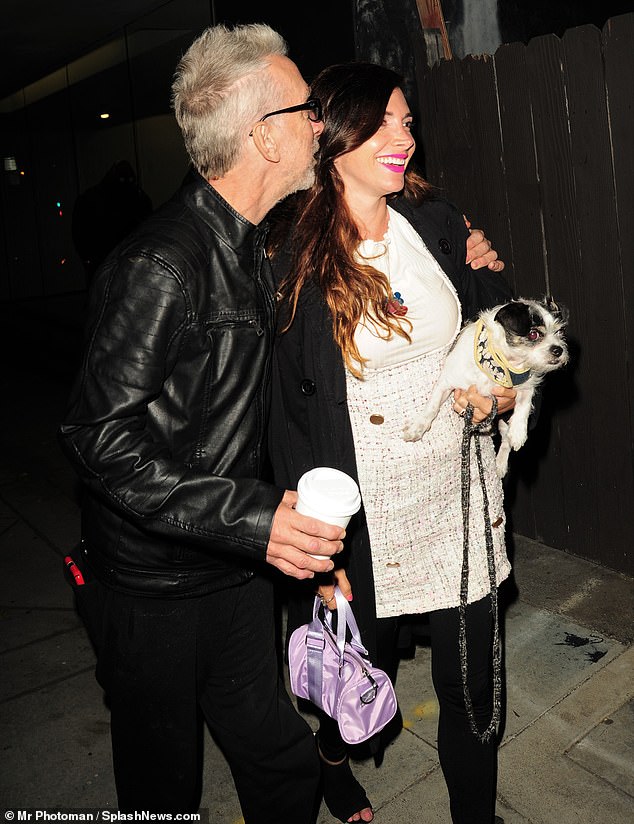 Speculation: The pair’s outing comes amid the emergence of rumors alleging that their entire relationship is a publicity stunt 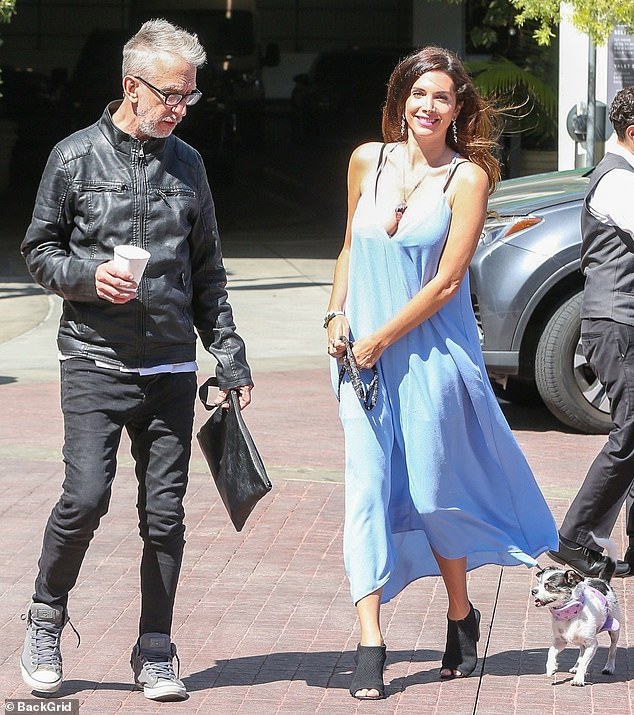 Arm candy: Later the pair continued to enjoy their weekend as Elisa slipped on a plunging powder blue dress while they took their dog for a stroll

Although the newly engaged couple appeared to be enjoying themselves while stepping out, recent rumors have alleged that the pair’s romance is solely a publicity stunt.

Dick and Jordana first made their engagement known to the public last month on her YouTube comedy podcast, Kermit And Friends.

Although the two were supposed to tie the knot on a Valentine’s Day special, the actor was a no-show, and according to his fiancée, he later ‘posted an Instagram story with someone’s nipple in it.’

Although the media personality’s questionable reliability raised concerns about the authenticity of their romance, Jordana spoke to Page Six earlier this month and confirmed that he was serious with his intentions. 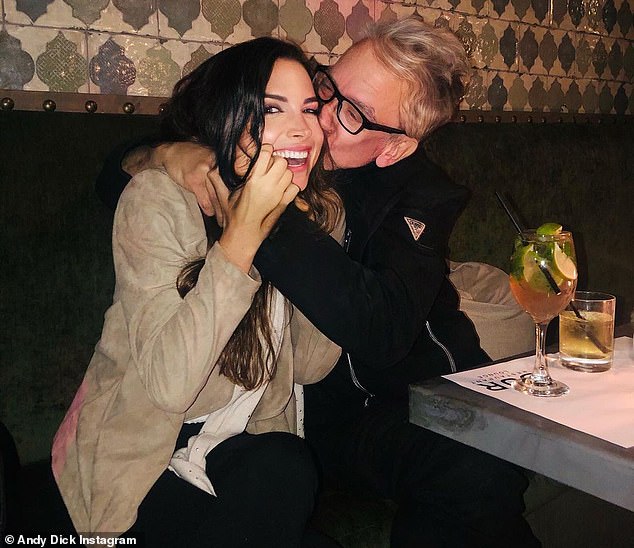 Left at the altar: Dick was supposed to tie the knot with Jordana on a Valentine’s Day episode of her podcast Kermit And Friends, but did not appear on the program 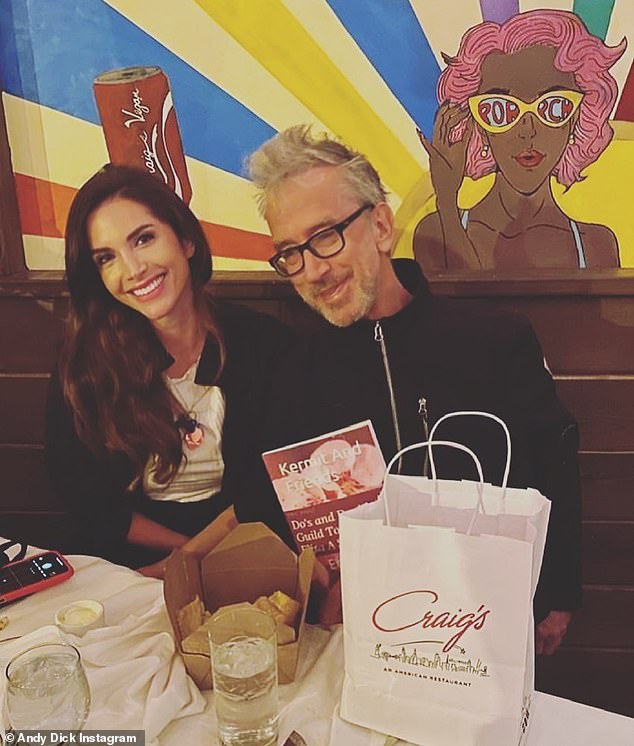 Clearing the air: Although the troubled comedian’s actions spoke otherwise, Jordana spoke to Page Six earlier this month and noted that she was still in a relationship with Dick

‘He asked me at 6 in the morning a few Sundays back, and I said yes…We are always working on the relationship, so as long as nothing weird happens it is happening,’ she said.

However, Dick’s roommate Kali Nolen painted a very different picture of the pair’s relationship after speaking with DailyMail.com earlier this month.

During the interview, the actress described Jordana as ‘a faux’ and expressed that she became engaged to the outlandish comedian because she is ‘just doing this s*** for attention.’ 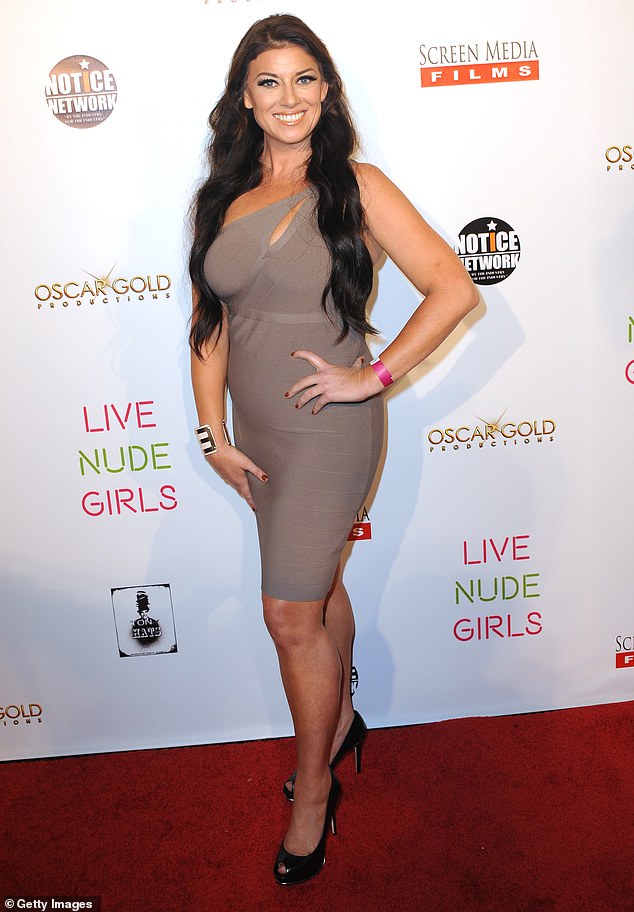 Making her opinion known: Dick’s roommate Kali Nolen recently spoke to DailyMail.com and alleged that Jordana was dating the actor ‘for attention’; the actress is seen in 2014

Dick was first married to Ivone Kowalczyk from 1986 until 1990; the two share a son named Lucas, whom they welcomed in 1988.

He is also currently married to Lena Sved, with whom he shares two children.

In 2018, his estranged wife filed a domestic violence restraining order against her husband, which was granted; he was required to move out of the family home and stay 100 yards away from Sved and their children.

No documents have been filed to confirm the former couple’s divorce. 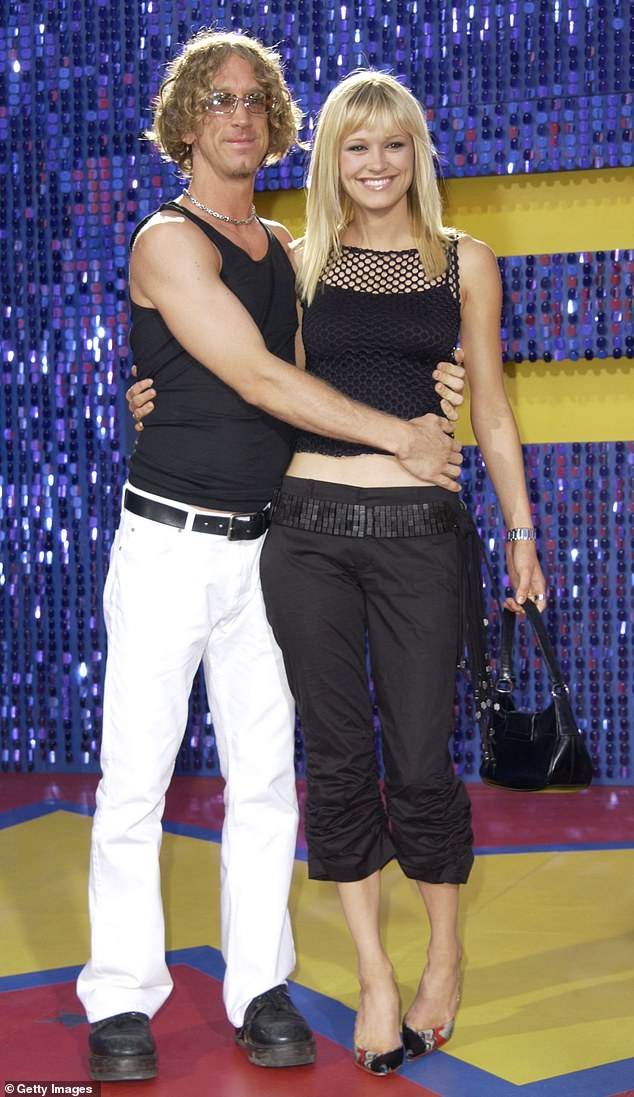 First flame: The NewsRadio actor was previously married to Ivone Kowalczyk from 1986 until 1990 and the pair welcomed a son in 1988; they are pictured at the 2003 MTV Movie Awards 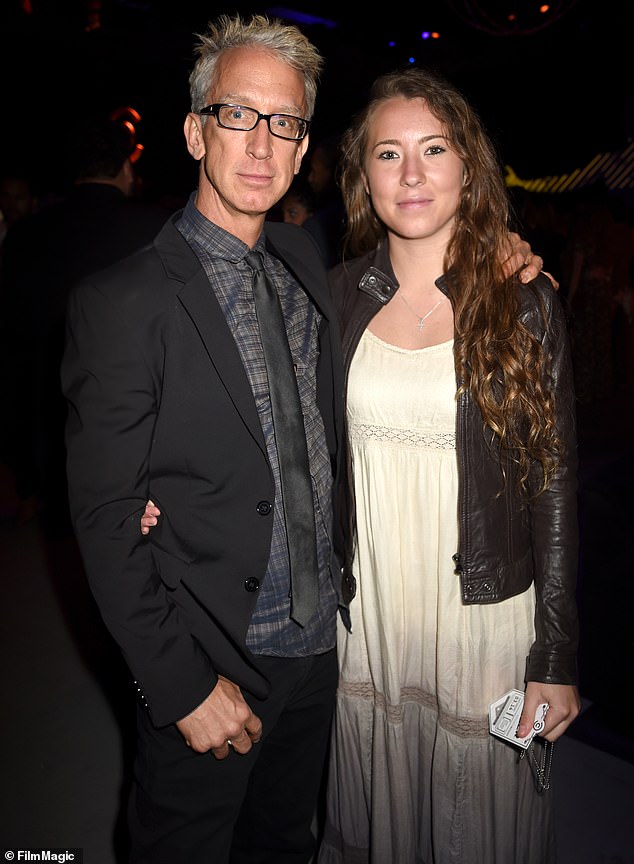 Hot water: Dick is still married to his estranged wife Lena Sved, who took out a restraining order against the actor in 2018; the former couple are seen together in 2015