As Strictly is gripped by a sexism row, superfan AMANDA PLATELL (who’s twice been invited to take part), asks: Why is the most inclusive show on TV biased against middle-aged women?

When TV presenter Kaye Adams was knocked out of Strictly Come Dancing two weeks ago, the howls of anger from my north London home must have been heard miles away in the BBC studios where it was being filmed.

‘Noooo!’ I cried. ‘Not the token middle-aged woman — again!’

Yes, sadly, it had happened again.

The 59-year-old mother-of-two and her professional partner Kai Widdrington had failed to impress judges or viewers — who vote by phone once the Saturday show has concluded — with their Charleston to Music! Music! Music!.

In the Sunday night dance-off between the couples who have accrued the lowest number of votes, they were up against singer Matt Goss (formerly of the Eighties boy band Bros) and his partner Nadiya Bychkova.

The deciding vote lies with the judging panel of four — and Kaye was found lacking. 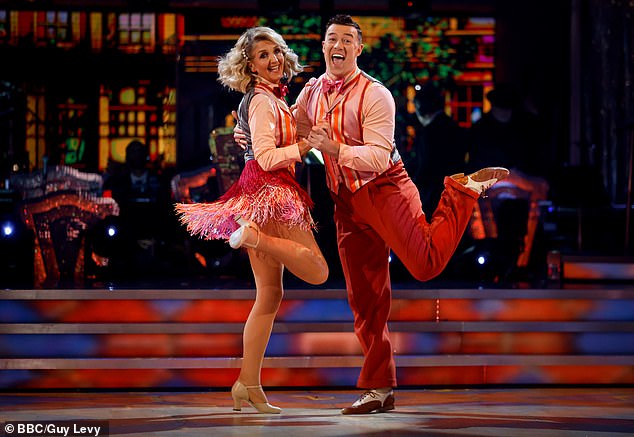 When TV presenter Kaye Adams (pictured above with Kai Widdrington) was knocked out of Strictly Come Dancing two weeks ago, the howls of anger from my north London home must have been heard miles away in the BBC studios where it was being filmed

To say I disagreed is an understatement. There is not a chance in hell that Kaye’s performance was worse than that of 54-year-old Goss, who performed a robotic routine in white jeans so eye-wateringly tight they even made flamboyant judge Craig Revel Horwood wince.

Goss’s John Travolta samba tribute — to Night Fever — was an embarrassment, the very opposite of sexy. Yet he sailed through to the next round on the judges’ nod.

Kaye was also miles better than Tony Adams, 56, the former footballer who was bottom of the leaderboard on Saturday night. He almost tripped up during his risible tango in his first week and his Charleston on the night before the first eliminations was beyond sloppy. How he wasn’t in the dance-off beats me.

Kaye Adams being booted out of the competition was a travesty of justice. Worse, it was proof — to my mind — of the programme’s shocking bias against middle-aged women.

Which is why I am intrigued by the latest Strictly spat over head judge Shirley Ballas, who this week was accused of blatant ‘sexism’ for allegedly favouring male stars on the show.

After this Sunday’s dance-off, fellow judges Craig, Anton Du Beke and Motsi Mabuse chose to save singer-songwriter Fleur East whereas Shirley said she would have saved Radio 2 presenter Richie Anderson, who was given the boot from the show.

In the many years I’ve been watching this show, I have noticed a disturbing pattern: the early elimination of female dancers of a certain age.

And for me, Ballas, who is 62 and should know better, seems to be the worst offender. 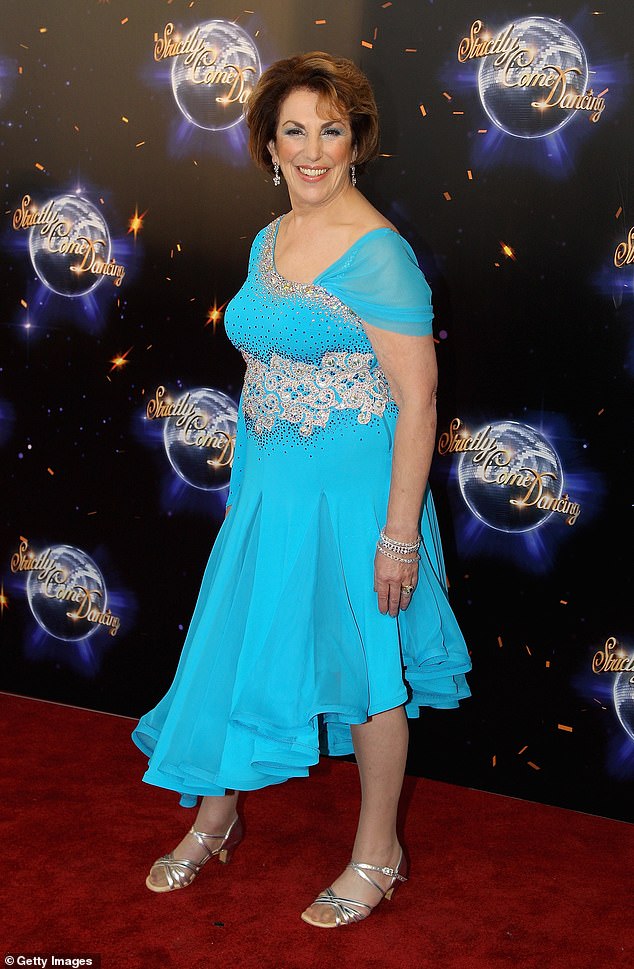 Who can forget Edwina Currie stomping about to a cha-cha-cha in 2011? And how her poor partner Vincent Simone didn’t know quite where to look, when the then 64-year-old former health minister lay on her back and wriggled and flashed her knickers

The thing that makes it all the more galling is that Strictly sets such store by its inclusivity. Last year, Bake Off winner John Whaite and dancer Johannes Radebe made history as the show’s first male same-sex couple. Their pairing was so spectacularly beautiful they were runners up.

And this year, the first contestant with dwarfism, the multiple gold medal-winning Paralympian Ellie Simmonds, is already proving to be an audience winner.

So why is Strictly singularly not inclusive when it comes to middle-aged ladies?

Most of us start to feel invisible as we reach our mature years. We’re no longer judged to be sexy, no longer attractive enough. That means you need to have guts to appear on Strictly. If you accept the challenge, you deserve respect, not early rejection. 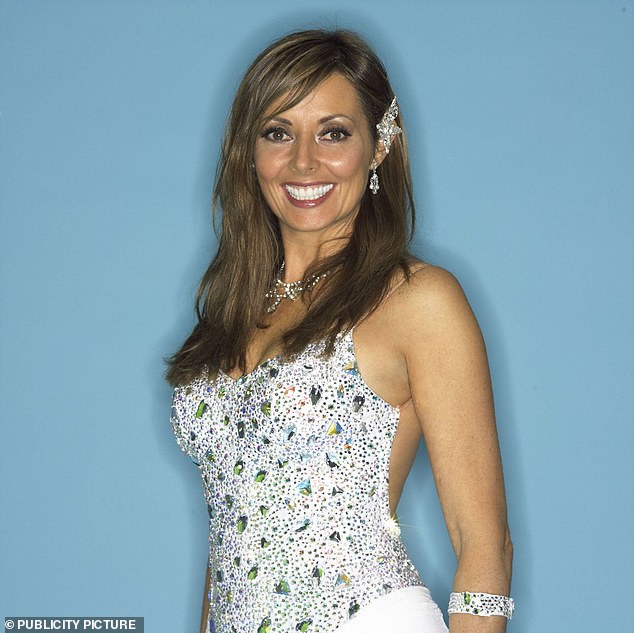 Or how about former Countdown star Carol Vorderman. She looked luscious in her nude-coloured dress, but the then 44-year-old’s rumba in the second series never set the dancefloor on fire. But as Carol said: ‘I know I’m a rubbish dancer but I’m trying’

Most barely made it past the first few weeks. None has ever won and only a few have made it to the final — including comedian Pamela Stephenson, who, aged 60, came third in 2010. Try explaining away those stats.

These were all famous and talented people and I find it unconscionable that they were treated like cannon fodder in this way. Now, I understand some of them were not the most natural movers. Statuesque Jerry Hall, booted off in 2012 for instance, spent more time posing and pouting than dancing with her partner Anton Du Beke. It’s as if she’d never left the catwalk.

Who can forget Edwina Currie stomping about to a cha-cha-cha in 2011? And how her poor partner Vincent Simone didn’t know quite where to look, when the then 64-year-old former health minister lay on her back and wriggled and flashed her knickers. That may have worked for former lover John Major, sweetie . . .

Or how about former Countdown star Carol Vorderman. She looked luscious in her nude-coloured dress, but the then 44-year-old’s rumba in the second series never set the dancefloor on fire. But as Carol said: ‘I know I’m a rubbish dancer but I’m trying.’

And that, ultimately, is what Strictly should be all about. At this juncture, I must confess that I have twice been invited to appear on Strictly over the years. I was desperate to do it. But my boss at the time forbade me.

‘They’ll just end up making fun of you,’ he said, ‘then you’ll be unceremoniously booted off.’

So I didn’t get to fulfil my Strictly dream of holding the coveted glitterball trophy.

With hindsight, the boss was right. I’ve no doubt that I’d have had to endure the same savage judgment and rapid eviction as Kaye Adams & Co. But this is something I feel very strongly about. I have been a super-fan of the show ever since it first aired on the BBC in 2004. In fact, I’m a member of a Strictly Fan Club, and gather with fellow aficionados in north London each every weekend to watch. 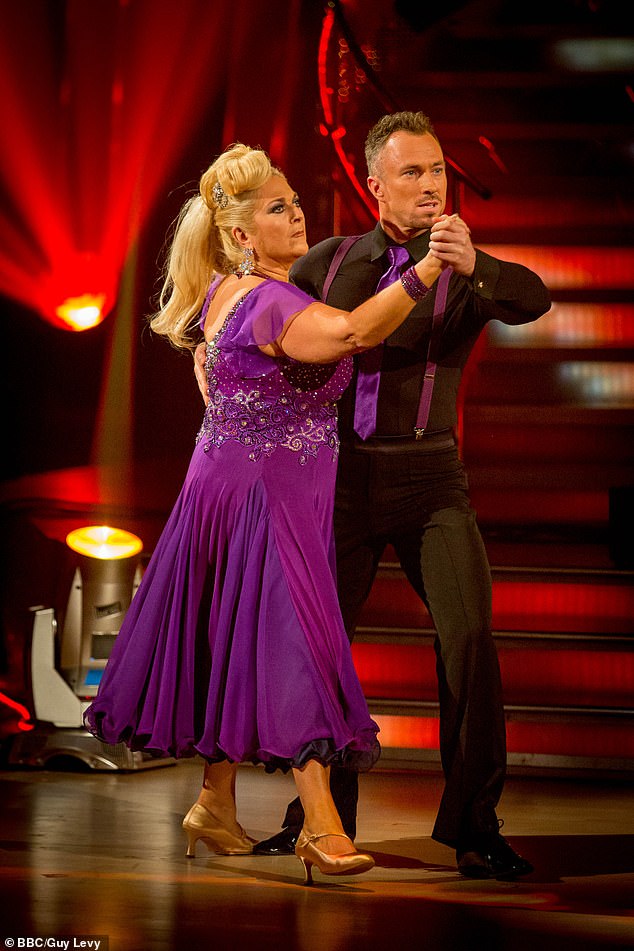 Vanessa Feltz is pictured above with James Jordan. Over the past 18 years, the alarming yet brutal truth is that older women appear to be there only to tick a token box. They’re built up over a few episodes, then humiliated before being discarded at the first opportunity

What’s not to like about seeing a bunch of celebrities (admittedly some more deserving of the title than others) with minimal dance experience (again there have been some notable exceptions over the years), spray-tanned and sequin-covered, on their ‘dance journey’, under the supervision of those talented, lithe and effortlessly glamorous professionals.

As they learn the art of the waltz, foxtrot, salsa, samba and tango and more, we’ve laughed, cried and marvelled over their progress — or lack of it. We notice how their bodies change over the weeks of relentless rehearsals, their posture, confidence and how they come to love what they are doing. It is a joyous and uplifting experience — except when it comes to women like Kaye Adams.

Over the past 18 years, the alarming yet brutal truth is that older women appear to be there only to tick a token box. They’re built up over a few episodes, then humiliated before being discarded at the first opportunity.

What is the point of inviting older, more established but perhaps physically less gifted contestants on to the show if they’re sent home before they’ve had the chance to break in their dancing shoes? I feel the show is often loaded against them.

In the week of her elimination, the producers gave Kaye Adams the difficult Charleston and dressed her inappropriately in a very short, shimmering skirt. Yes, it showed off her lovely long legs, but also every single mistake — and I admit there were many.

The week before she had a tricky tango. Why couldn’t they have picked a waltz, a long floating dress and given her a chance to ease her way into the show and conceal her missteps, as they did with other less sure-footed contestants?

We might have seen more of the real Kaye and her potential rather than those wooden performances because she was having to concentrate so hard on the demanding intricacies of her dances.

I’d love to know what Kaye really thought of it all. Because the fact is behind the glamour and the glitter, many older women have had unpleasant experiences on the show.

The late actress Lynda Bellingham said she ‘hated’ her time there, her partner was a ‘miserable git’ and there was ‘no laughter, no fun’.

When then 50-year-old Nancy Dell’Olio — the sultry Italian lawyer and former girlfriend of England manager Sven-Goran Eriksson — was voted off in 2011, her partner Anton Du Beke joked that they deserved it, as they were ‘s**t’. Asked if the judges were too cruel in their comments, he replied: ‘The producers were cruel giving her to me in the first place.’

TV presenter Fiona Phillips, then 44, was also underwhelmed, admitting later that she regretted going on the show because her partner Brendan Cole was difficult to work with: ‘a real bugger, really’ who treated her like ‘a comedy figure’.

There are some, of course, who don’t mind being the butt of the joke and providing us with a laugh. 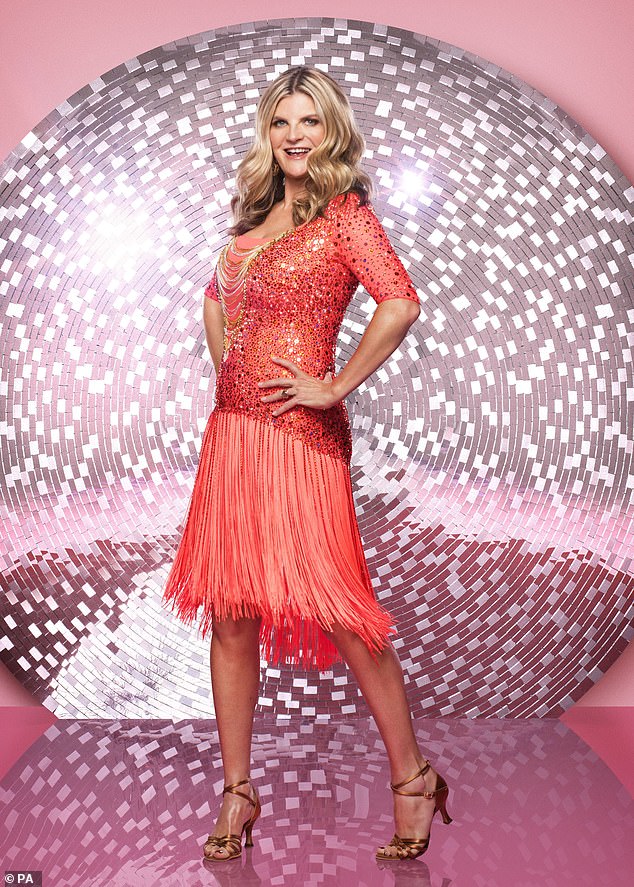 Susannah Constantine is pictured above. Strictly’s original premise was surely to develop people with promise, even those with two left feet. My Strictly Fan Club and I will still tune in each week. But sadly, with its bias against middle-aged women, for me, it has become a little cha-cha-charmless

Former Conservative MP Ann Widdecombe relished her time on the show in 2010. The then 63-year-old memorably started a tango on a high-wire and was often dragged across the dancefloor like a sack of potatoes. It worked for her. Despite getting low marks each week, Ann reached the quarter-finals.

But Ann was an exception to the rule that mid-life women rarely have a good time on Strictly.

The judges are partially to blame. They should rein themselves in when heaping praise on younger, more agile competitors, some of whom have dance experience. Fleur East, 34, is a former band member and X-Factor contestant; Molly Rainford, 21, was a Britain’s Got Talent finalist who trained at a music and drama school.

My real beef, though, is that it is the judges, not the viewers, who have the final, cynical say in sending the ladies packing: who wants to see an older woman struggling to dance when they can wow — and boost ratings — with much younger women? That sort of thinking is alien to what should be a feel-good show for all and I have more faith in Strictly fans understanding that than the panel.

I didn’t think Kaye Adams was a great dancer but she might have had promise and it is a pity we didn’t get to see it blossom.

Strictly’s original premise was surely to develop people with promise, even those with two left feet.

My Strictly Fan Club and I will still tune in each week. But sadly, with its bias against middle-aged women, for me, it has become a little cha-cha-charmless.